The late John Day wrote that, “For all of our pride in Oscar Howe as a South Dakotan, we must acknowledge that he belongs to the world.” And so we must. The great artist born at Joe Creek nearly a century ago has inspired and enlightened people from many cultures around the globe, setting some on divergent new paths.

And yet, one could argue that as South Dakotans, we have something akin to a duty (a happy one) to ensure his legacy lives on. As the centennial of his birth approaches on May 13, here’s a non-comprehensive list of ways you might enrich your own life while doing just that. 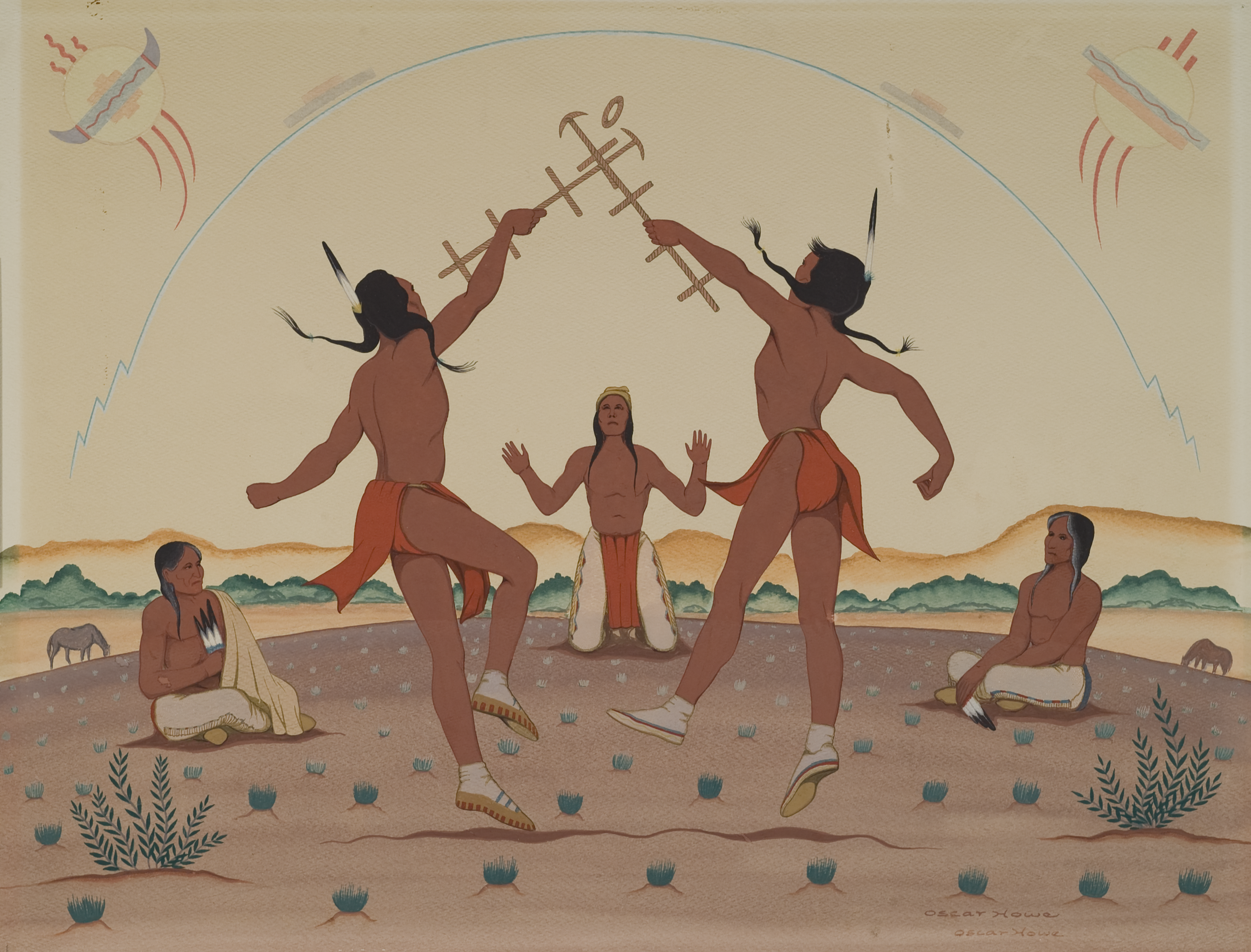 The Oscar Howe Gallery at the University of South Dakota’s Historic Old Main in Vermillion houses the largest collection of Howe’s works in the world, including paintings and drawings. A selection of Howe’s paintings have also been reproduced as giclee prints available for sale. The Gallery is open to the public Monday through Friday from 1 to 5pm. 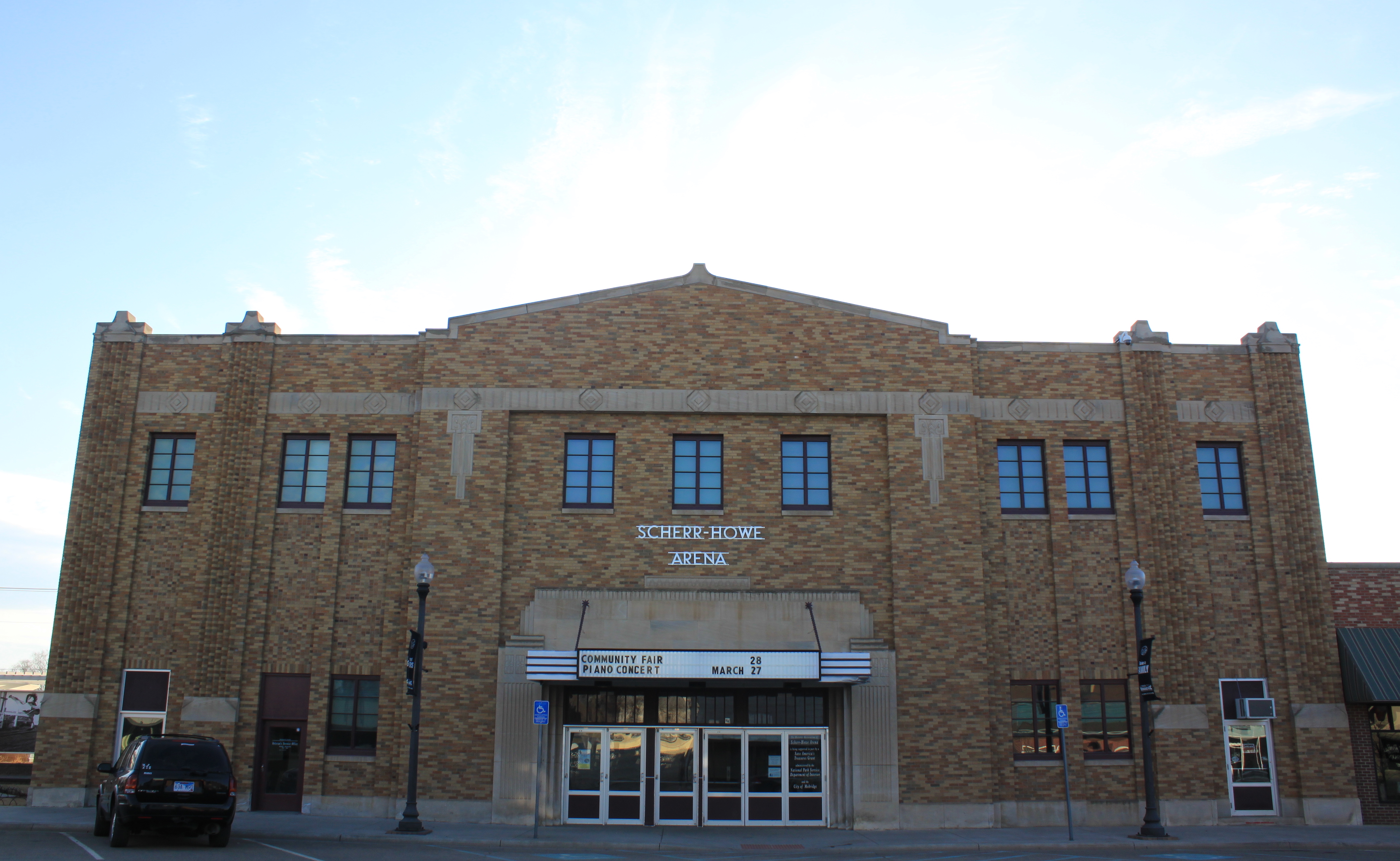 Murals at the Scherr-Howe Arena — Mobridge

The Art Deco Scherr-Howe Arena in Mobridge houses a series of ten murals created by Howe in 1941, memorializing the history and culture of the Dakota people. The project, sponsored by the Works Progress Administration (WPA), features five murals depicting “Ceremonies of the Sioux” and five depictions of “History Along the Missouri River.” The murals were beautifully restored just last summer.

Guided or self-guided tours are available Monday through Friday from 8am to 5pm. 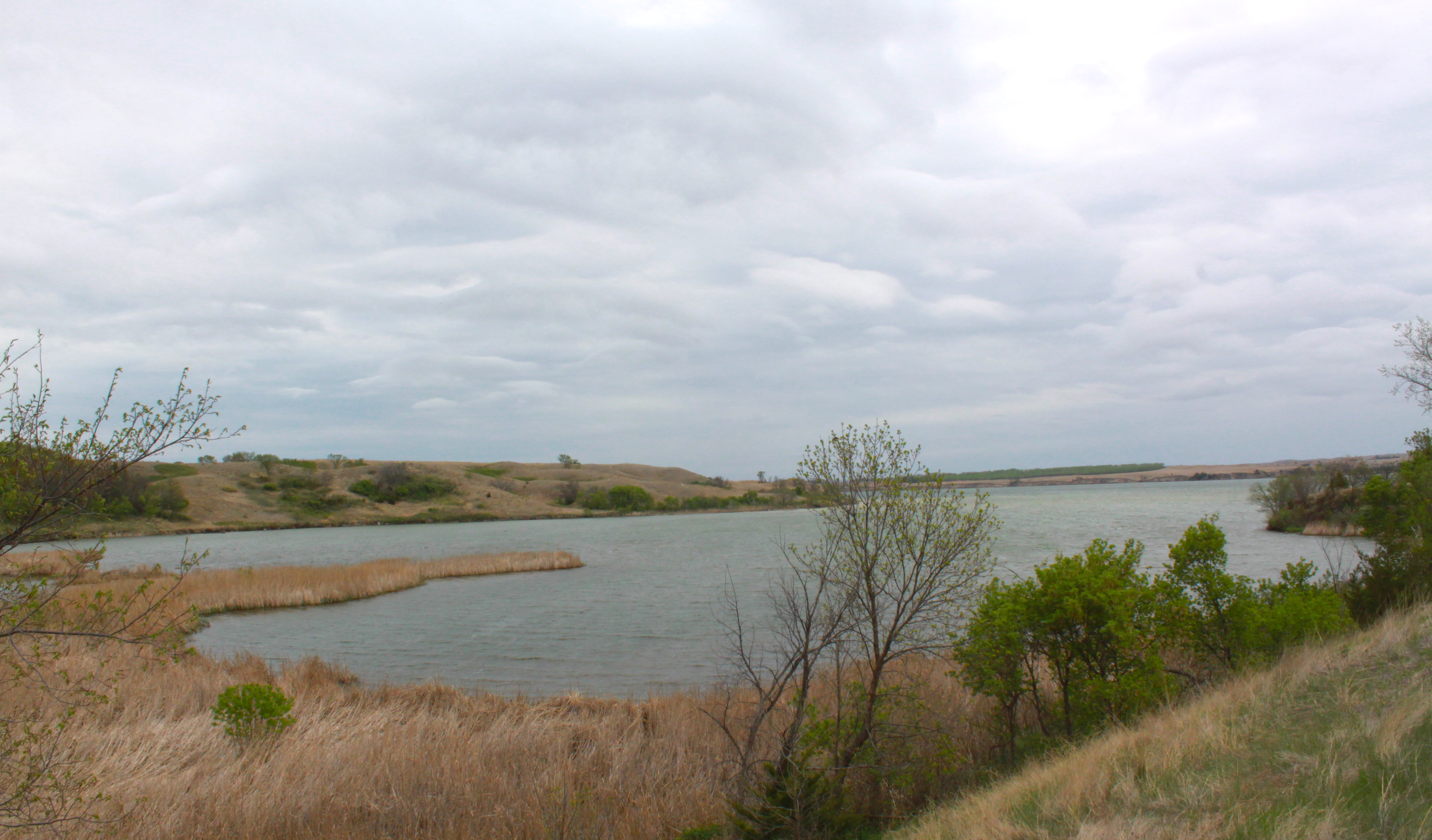 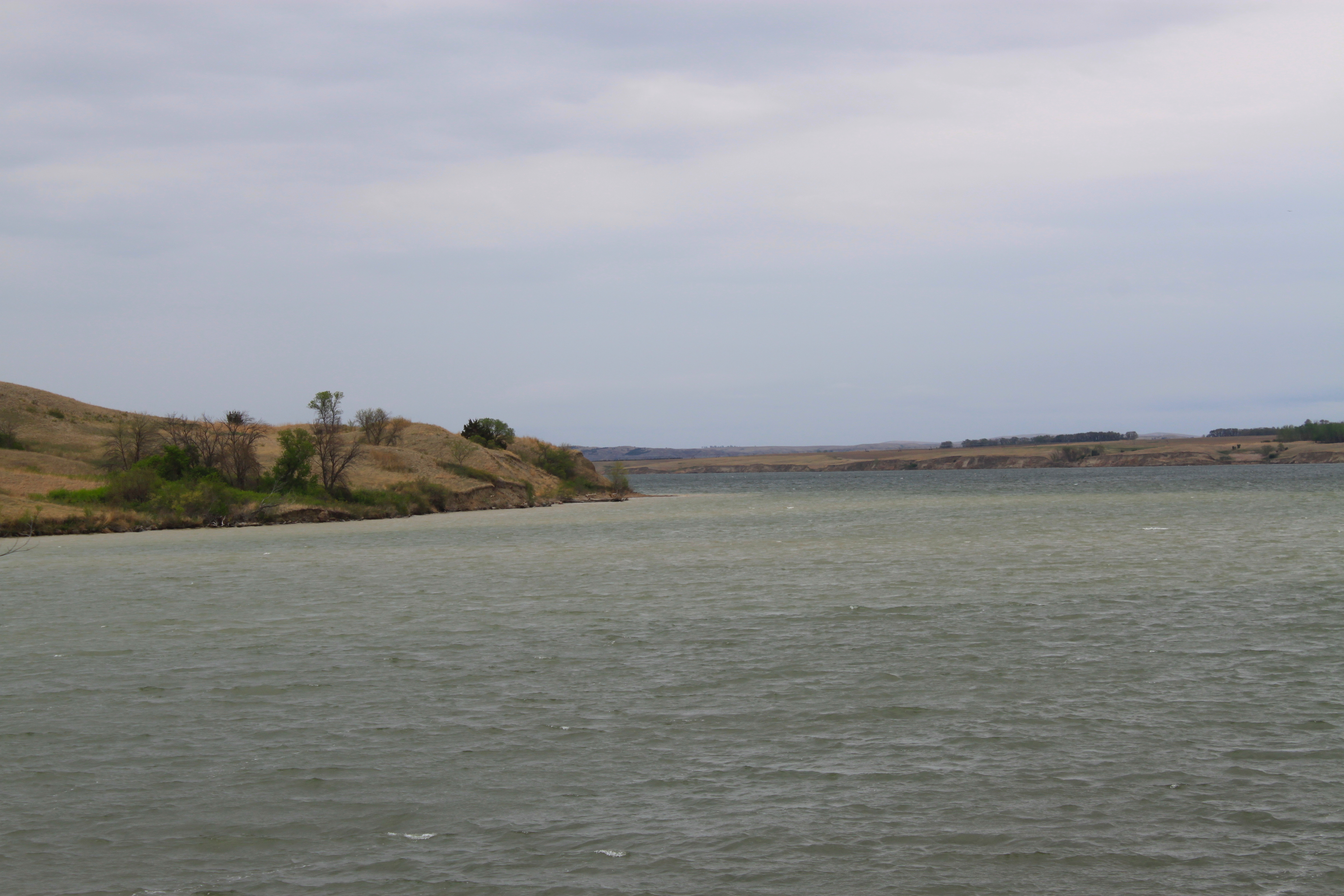 Though presently there is no marker to memorialize the birthplace of Oscar Howe, at the Joe Creek Recreation Area you can see the little spur off the Missouri that the community was built around, and the beauty of the river bluffs that must have inspired the young artist, alongside the oral traditions passed to him by his grandmother, Shell Face.

You might even imagine that the seams of turquoise that run east-west across Joe Creek inspired some of the vibrant blues in a painting like “Eagle Dancer” or “Origin of the Sioux.” 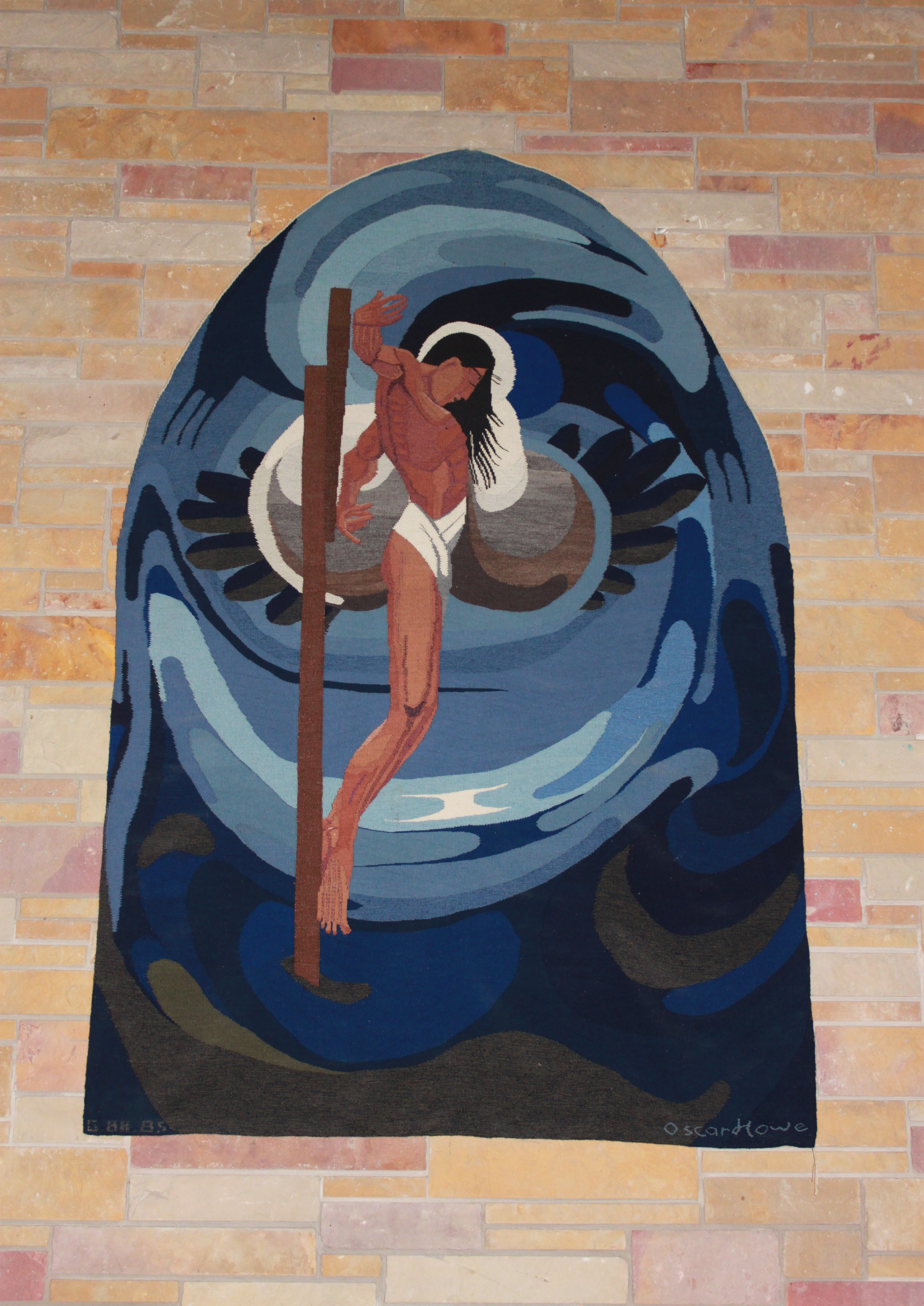 "Indian Christ," Tapestry at Our Lady of the Sioux Chapel — Chamberlain

Textile artist Grete B. Heikes interpreted the original painting by Howe in a beautiful tapestry rendition, approved of by Howe himself. Employing traditional French and Norwegian weaves, the tapestry embodies the intertwining of Catholicism and Lakota spirituality at Our Lady of the Sioux. The chapel stands next to the Akta Lakota Museum & Cultural Center. The doors are always open.

Parishioners in several places across the state also regularly see a reproduction of “Indian Christ” above the altar at their place of worship. 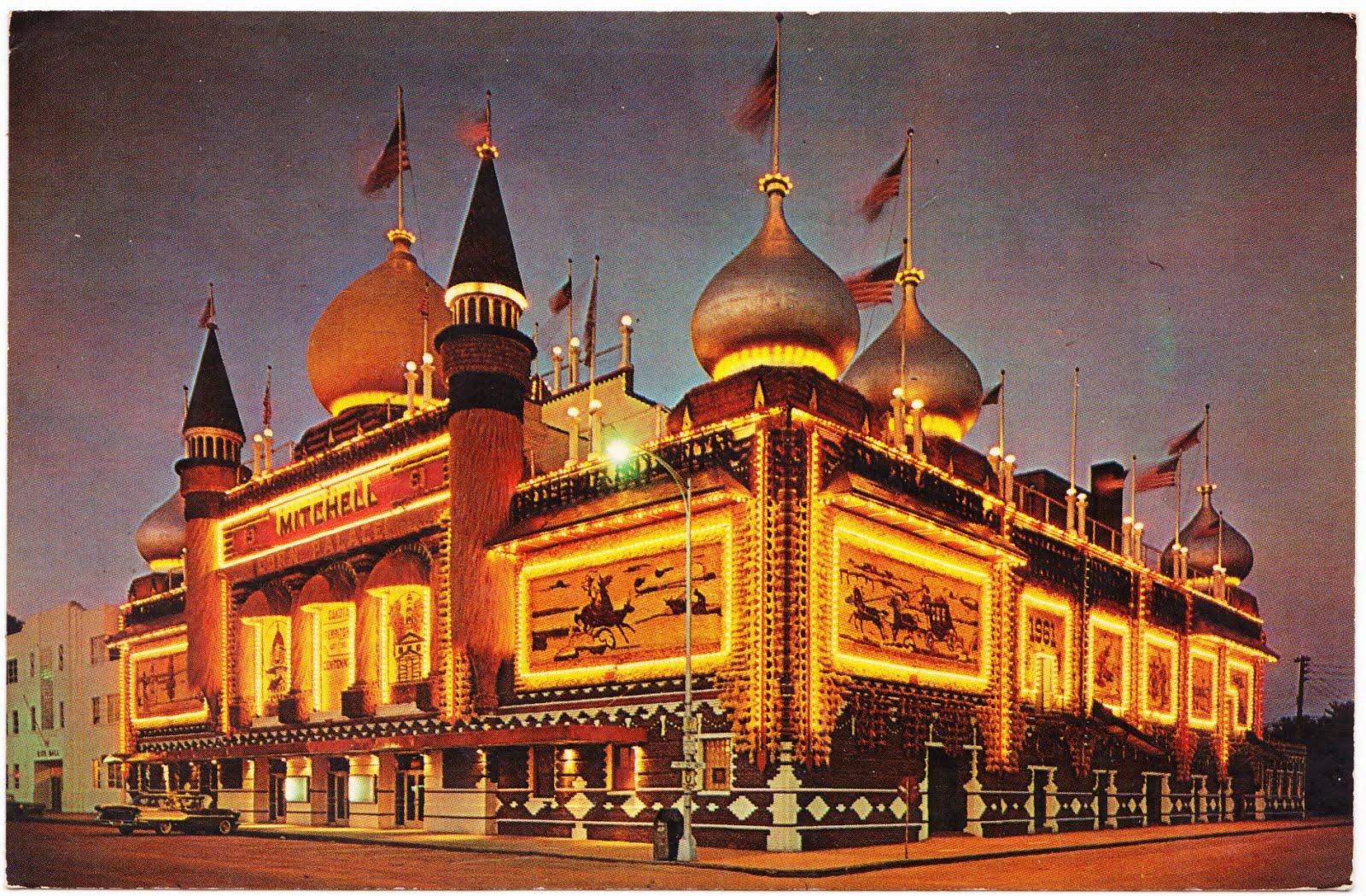 The Carnegie Resource Center features the Howe mural ”Sun and Rain Clouds Over Hills" on the dome, and a permanent collection of murals and prints. Hours are Monday through Saturday, 1 to 5pm.

The Oscar Howe Art Gallery at the Dakota Discovery Museum features a collection of his original paintings. In May, the museum is open 9am to 5pm Monday through Saturday, 1 to 4pm Sundays.

The Corn Palace remodel will be completed soon, and coming this summer will include an Oscar Howe exhibit space, dedicated to the artist who designed panels for the pride of Mitchell from 1948 to 1971. The Corn Palace is open 8am to 5pm Monday through Saturday till Memorial Day. From Memorial Day through Labor Day, the hours are 8am to 9pm daily.

The Oscar Howe Collection of the South Dakota Art Museum on the South Dakota State University campus in Brookings houses 24 casein and gouache paintings, mostly from the period after he had broken free from the “Santa Fe style” taught at the Santa Fe Indian School he attended in the 30’s, and developed the universally recognizable Oscar Howe aesthetic.

This Summer at the Journey Museum, Oscar Howe: A Centennial Celebration 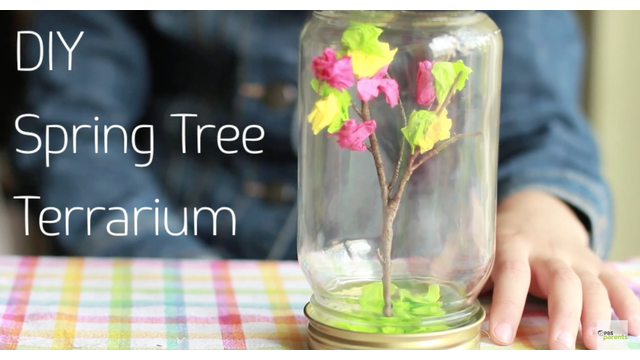 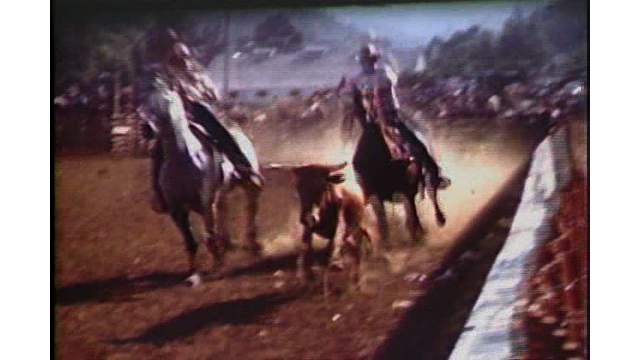