Exploring the Other Badlands 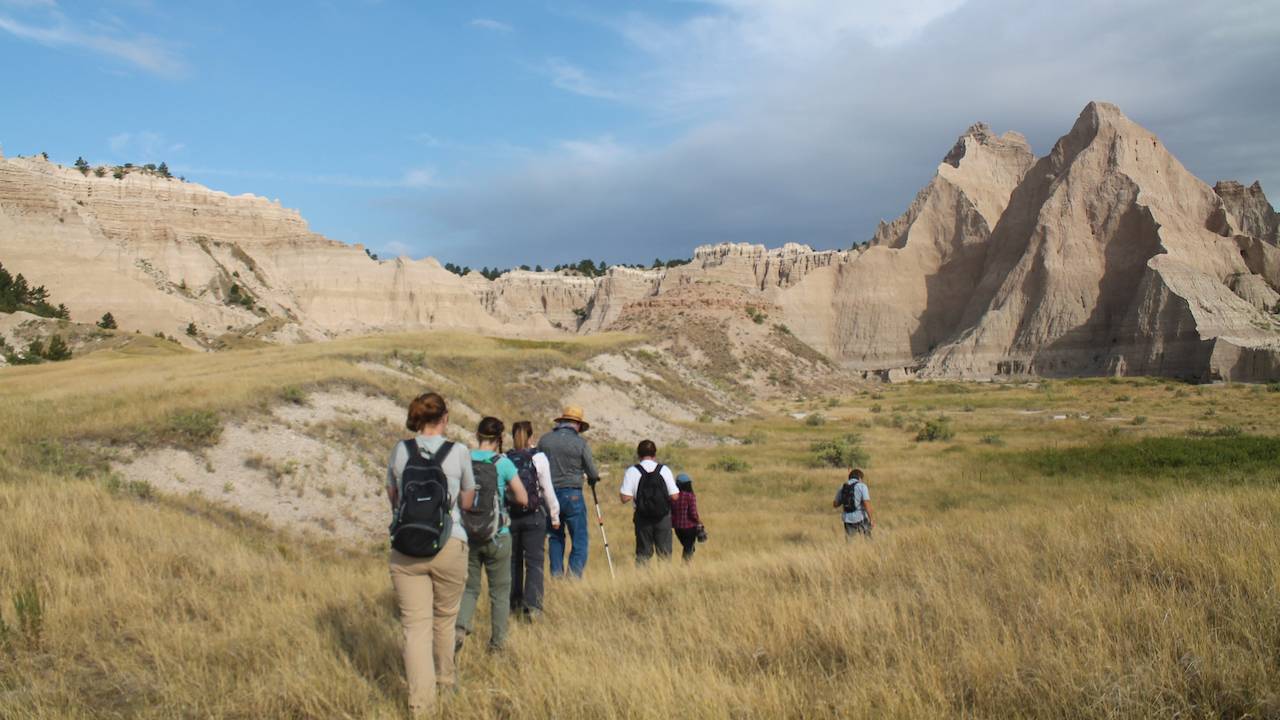 Badlands National Park is offering visitors a guided hike to Cedar Butte, in the park’s less-explored South unit. The short, steep ascent can serve as an introduction to the off-trail, South unit experience, or simply to a place people go seeking peace and inspiration.

South unit head Ranger Richard Sherman understands the psychic impact discovering the Badlands’ spheres of solitude can have. “To me it’s kind of a magic place,” he says. “It’s been my playground all my life.”

A member of the Oglala Sioux Tribe, Sherman grew up on the Pine Ridge Reservation, exploring this terrain when it was officially off limits. He can recall the days when the military was still using the present South unit as a bombing range. (“You can hike there any given day and find old ordinance.”) He's never stopped exploring here. Before he worked for the National Park Service he was a longtime wildlife biologist for the tribe. An ethnobotanist, he often gives walking tours of Badlands flora, pointing out plants and their traditional uses. He co-wrote the book on integrating traditional indigenous knowledge into natural resource management. He knows how to survive off the land and how to get where he's going.

He camps out here often. Alone, in a way, but not alone.

“The wild life don’t really fear you if you’re not hunting them. One experience I had — it was a cold, late fall day. It was frigid but the sun was out, there weren’t any clouds. I became drowsy so I laid down next to a draw. I woke up and looked across the draw, just a few feet away, and there was a bobcat looking at me. I was probably snoring and it thought I was purring or something. It continued to watch me for awhile and then it lay down itself and fell asleep.”

“I often see them out. If I’m moving slowly, like I have no particular purpose, they don’t seem to fear me at all.”

The South unit has no developed trails and Sherman likes it that way. The sun and the places he grew up with are his guides. As a guide himself, he has introduced people from all over the world to some of the South unit’s historic and sacred sites. For some, the experience is life-changing.

“The people that come over from countries that are crowded — and there’s never a silent place they can go to reflect — when they come to the Badlands and they finally get that for the first time. Sometimes I’ll just leave them alone to be by themselves and experience that and they just become lost in thought, and I guess enraptured by the whole situation. There’s no sound out there except the wind and sometimes a coyote, possibly a red-tailed hawk screeching. Some people come back year after year just to experience the same thing, and just get sort of lost within themselves. Some will lie down and sleep. Some will pray and some will sing. Some will just sit there alone and gaze.”

On a recent hike to Cedar Butte, he pointed out edible and medicinal plants we passed along the way — like a trio of scurf peas. Prairie turnip (Psoralea esculenta), or Timpsila in Lakota, are a staple. “You can eat it as it comes out of the ground or you can braid them together and dry them. I have some that are about ten years old and I’m still using them now. It’s one of the most important items now that’s being gathered. We’re of course a hunter-gatherer nation here.”

After a short drive from the White River Visitor Center, the hike to the top of Cedar Butte is short but steep, following a bighorn sheep trail.

“Cedar Butte is probably the most important breeding area for bighorn sheep in the South unit,” says Sherman. “At one time we had an indigenous bighorn sheep here called the Audubon. That became extinct back in the early 1920’s. The last band was spotted just north of Cedar Butte on Sheep Mountain Table in 1922. They were in the entire Badlands area but they were completely hunted out."

“[In the 1960’s] the state of South Dakota and the National Park Service collaborated to bring bighorns back. They had [Rock Mountain bighorn sheep] in an enclosure in the North unit, then they began to die away. So they opened the gates and let them pioneer away as they would, and they drifted over here. The females and the young took up residence in the area. Then when the rutting season [late October through November] begins, the rams come in from all over.” That’s when a low-profile hiker might observe the thunder clap of anxious rams butting heads over who gets to procreate.

Sherman has seen sheep — even small lambs — scale steep canyon walls. Less sure-footed humans should probably wear hiking boots with decent traction. The way up follows a sandy rock slide where a chunk of butte broke off a few years back. A couple of the hikers spent considerable time sliding on their backsides.

At the top of the trail we reached an open meadow where you can still see the furrow where settlers used draft horses to skid cedar logs destined to serve as lower cabin logs and corral posts. At the butte’s edge one ancient cedar, since deceased, was deeply saw-gouged but still stands defiant.

Approaching the west, Sherman pointed out sheep beds, dimpled sections of earth bighorns return to for rest or to groom. We spotted a couple ewes as they disappeared into the trees. At the top, narrow isthmuses stretch outward, opening panoramic views of distant tables (Badlands mesas) — Galigo Table, Cuny Table, Stronghold Table. Dry creeks sidewind through the low places stippled with rocks like giant shark's teeth and smooth pillars of sediment topped with mops of prickly pear. Up here, the eye becomes a hawk in flight.

This place has long been hallowed and is today. “Cedar Butte is important as a place where people go prior to the Sundance and sequester themselves and seek visions,” says Sherman.

“I spoke to an elderly man back in the nineties. He was in his nineties at that time. He told me that they used to take people who died and wrap them in a hide and take them up on Cedar Butte and put them up in the trees there.”

He checked ant hills for signs of that solemn custom and found them, in bead form.

“It’s somewhat of a sacred place. Of course to the Lakota everything is sacred — the land is sacred, the day is sacred, life is sacred.”

Ranger Richard Sherman will lead guided hikes to Cedar Butte on August 18 and September 1. More information is available at the Badlands website. 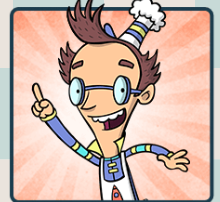 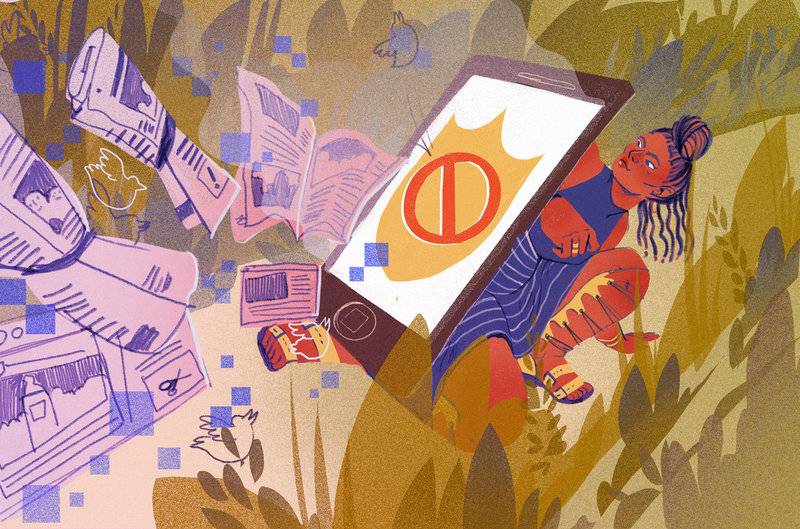