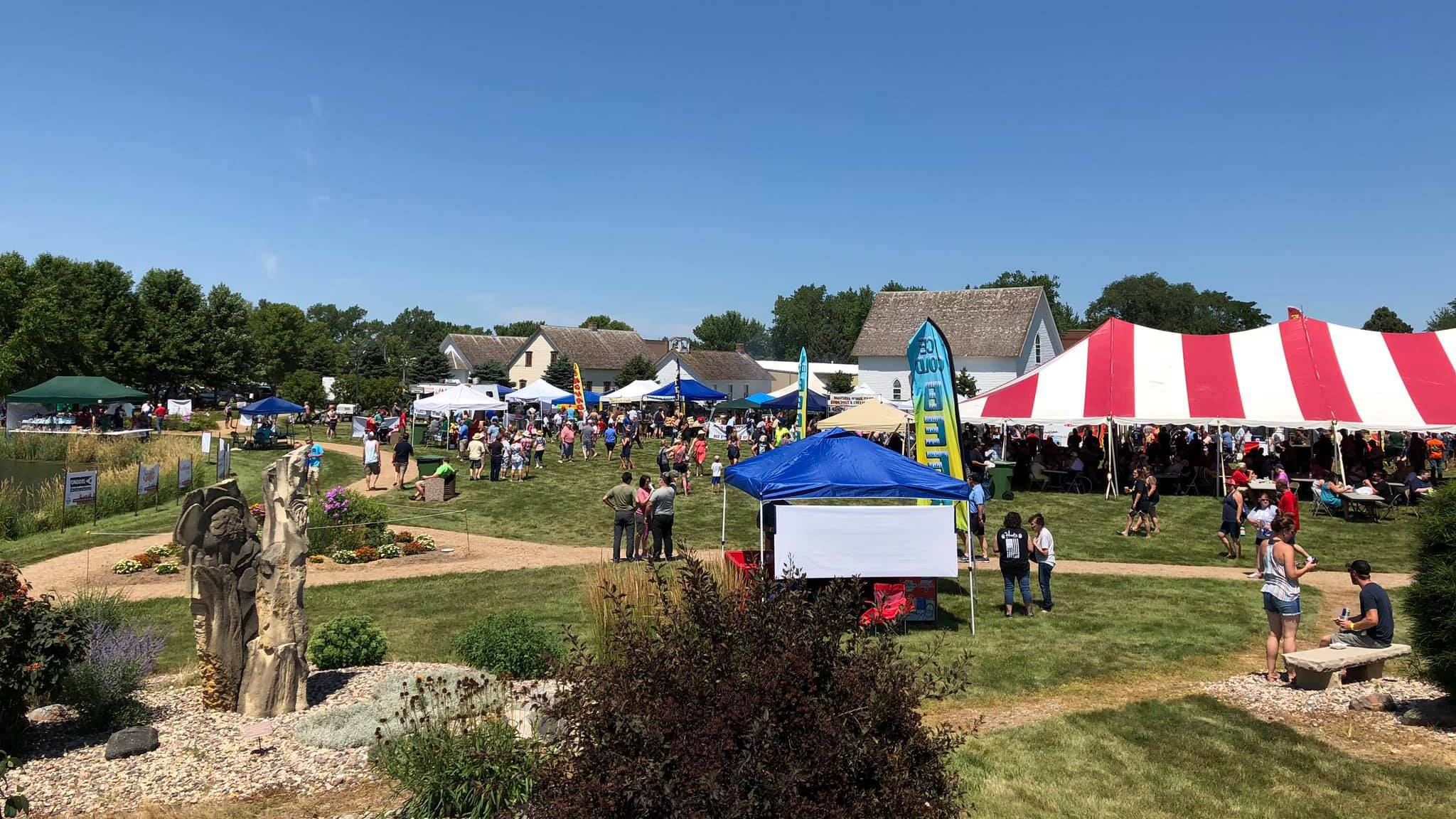 The stakes were high for the second annual South Dakota Chislic Festival in Freeman--After a blockbuster first year which saw the small town of only 1,200 play host to over 5,000, the pressure was on to enlarge the space and the overall event to accommodate the hordes who would descend to celebrate South Dakota's official state nosh. A move to the 40-acre Prairie Arboretum on the campus of Freeman Academy and a concerted effort by event organizers to procure over 100,000 sticks of sheep resulted in a resoundingly successful event that doubled in size to an estimated 8,000-10,000 in only its second year.

Representing SDPB, I returned as a second-year judge for the competition portion of the day. A native of the "chislic circle", I come by my chislic knowledge through both heritage and life experience: Outside my job as social media manager for SDPB, I own a small farm north of Vermillion where my husband and I raise Icelandic sheep to mow the lawn and fill the freezer. Some in our office might say my passion for chislic can go a bit overboard (yes, that's me wearing a button I made that says "chislic evangelist" and I have spent a fair amount of time lobbying for SDPB to do a chislic "documentary") and yet when Senate Bill 96 (making chislic our official state nosh) passed last year in Pierre, SDPB videographers at the Statehouse were the first to text me photos of the vote screen. I know that deep down they love chislic as much as I do.

The festival offered two categories of competition: Classic Chislic, which was required to be the traditonal lamb or mutton (aged sheep) or New Age Nosh, which according to event organizers could be made from any meat so long as it could reasonably be raised in South Dakota (sorry alligator farmers). Judges were asked to blind taste test ten entries and score them on a metric that measured appearance, taste and texture.

My fellow judges included State Senator Stace Nelson, who represents the Freeman area and was a primary sponsor of the bill that would make meat on a stick our state "nosh". Also judging was Nebraska-native Ian Tuttle, who was there as both a judge and as a presenter on shashlik, the Caucasus-region food that is considered the originator of South Dakota's chislic. Dressed in the traditional garb of the Caucasus region, he made quite the statement both figuratively and literally when it came to meats on a stick.

Runners brought unmarked baskets of hot and ready meats on a stick, leaving us to decide on the rankings. My 7-year-old daughter had tagged along for what probably ranks as the best "take your daughter to work day" on record and she took her adjunct judge duties very seriously indeed--commenting on the presence (or lack thereof) of the traditional chislic "spices" of garlic and celery salt, absence of soda crackers (traditional chislic side dish) and being as relieved as I was that nobody presented their chislic on a fancy bed of kale this year (chislic is a simple food and should always be presented as such is our mantra). As the empty chislic baskets piled up, the judge's table was a silent, serious place with little being said outside "let me try another" and "more water please".

Ultimately, the family team of SSS Chislic took home the trophy Classic category and the Armour Fire Department garnered honors with their pork version in New Age Nosh. But the real winner was the town of Freeman which successfully brought off what can now be ranked as one of the largest single-day celebrations in the state. A mantra I have long lived by is "It becomes a big deal if you believe it to be one and make it so" (something that can hold true for both good and bad things) and Freeman has firmly made chislic and the celebration thereof a very big deal for southeastern South Dakota. Kudos to a job well done. 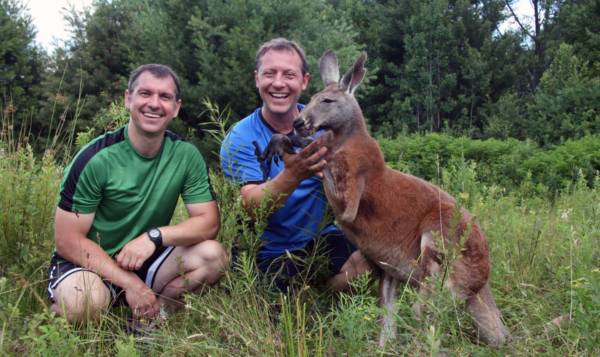 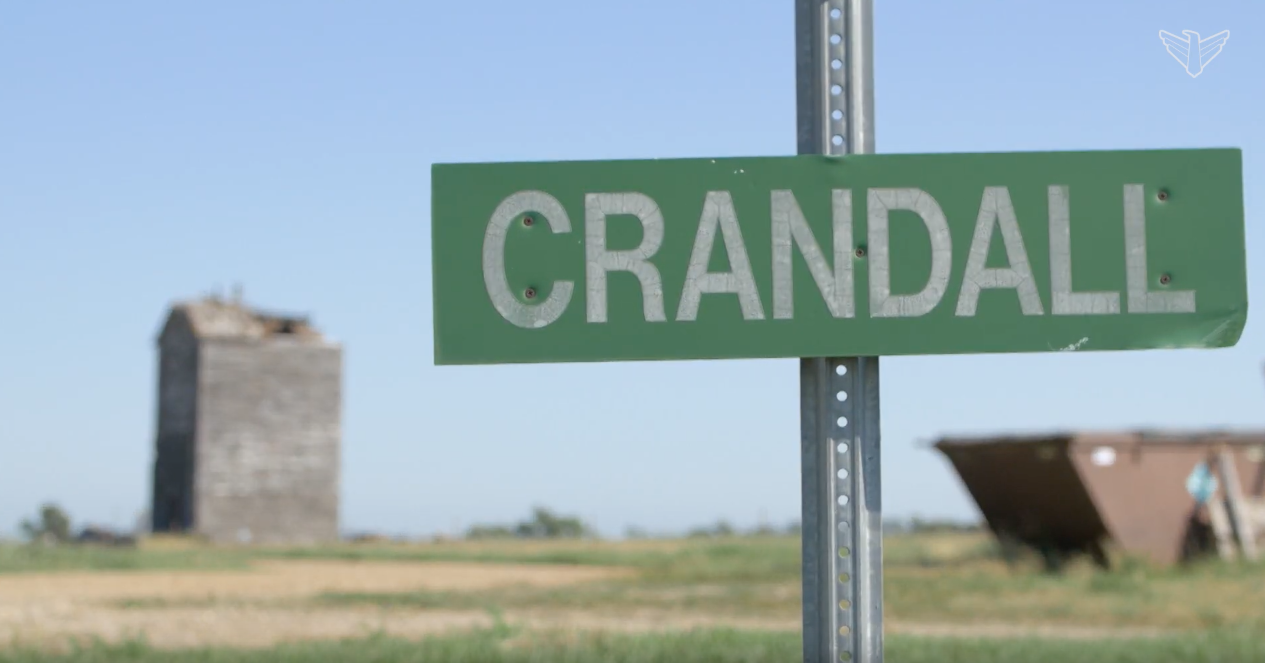