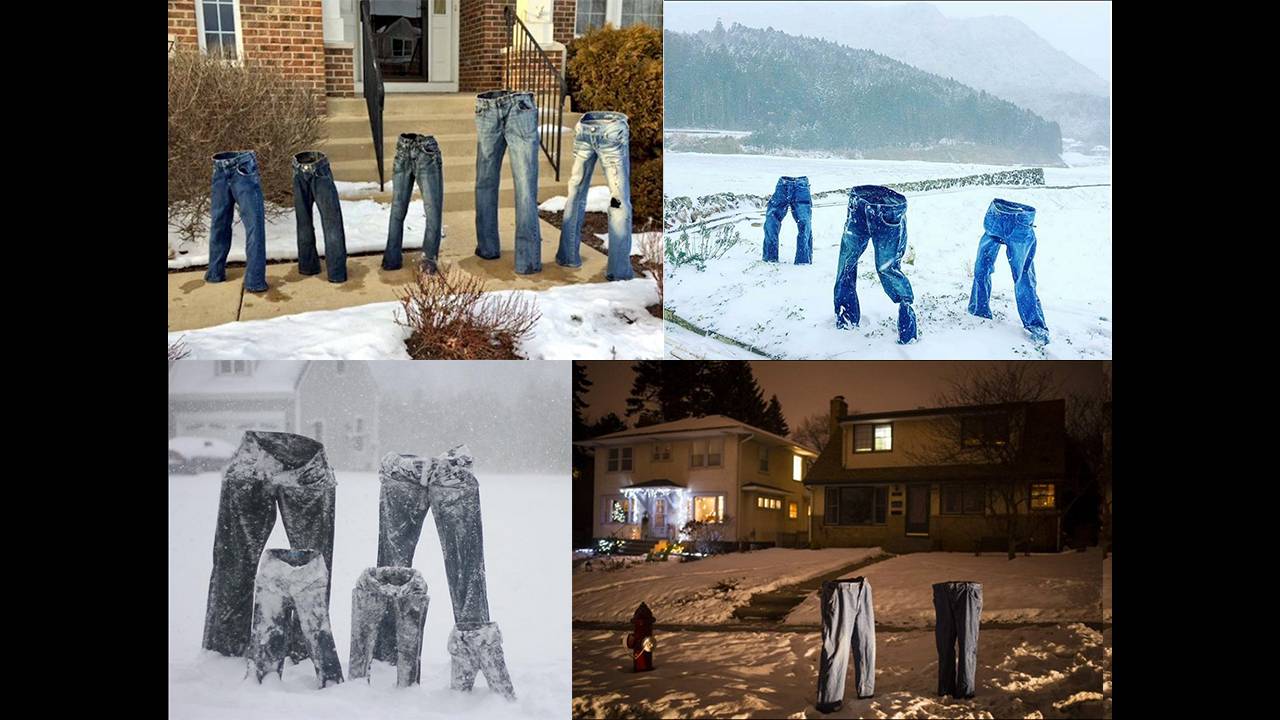 Could free-standing frozen pants-as-art be the next big thing to cross over from Minnesota? Tom Grotting, the artist largely accredited with jumpstarting the trend in the Twin Cities (or at least Northeast Minneapolis) says its time for South Dakota to step up. "I would like to challenge South Dakota," says Grotting.

He notes that, "Canada took the challenge and performed well." When CBC Radio's As It Happens featured Grotting and his slacksicles, Canadians responded with a blizzard of pictures hashtagged #frozenpants on Twitter and Instagram. The trend has since made inroads in Europe, Korea and Japan.

Grotting freely admits that he didn't invent the concept, and isn't even sure who did. "I had seen this at my brother's house a few years ago, and thought it was kind of funny," says Grotting. He let the idea marinate for awhile though, then put it into action during the great Polar Vortex of 2013, taking advantage of the long deep freeze to quickly transform dampened jeans into semi-anthropomorphic art installations. Whoever was the true first, the current trend on social media starts with Tom Grotting. "That's fine," he says. "I'll be that guy."

Is this the democratization of art through technology? RJ Rushmore of the street art blog Vandalog has written an entire book on the connection between street art and viral online art. The two worlds are undoubtedly intertwined, though Rushmore's book deals mainly with how individual artists straddle them.

While the street art on the walls of the Lower East Side or Rapid City’s Art Alley may inspire, most of these works don’t lend themselves to duplication by the massive. Grotting’s pants stand (yes) as concepts readily clonable by almost anybody. Forget crowd-sourcing, the growing pants army is crowd-made, the products of a geographically dispersed but purpose-driven flash mob. The movement's narrative can be traced backward along a kind of double-funnel pattern — from viral DIY project, through the person of Grotting as the momentarily-acknowledged arbiter of an anonymous folk tradition, back to its mysterious origins.

Posterity may have shortchanged the first snowman crafter, but his/her creation marches on. Like snowmen, weather and the willingness to put in the work (and maybe the availability of jeans) may be the only limits on how far #frozenpants can go. Will the current flurry of social media shares be the force multiplier that sends an icy denim invasion South Dakota way?

Or is the Mount Rushmore State just too innately stoic to get swept up in the moment?

So far, staff at the Big Rock Grill and Casino in Big Stone City — just across the Whetstone River from Ortonville, Minnesota — do not report seeing any upright personless pants on the South Dakota side of the US 12 bridge.

But there’s no big stone wall to lock migratory tendencies in street art out of the Dakotas, no prairie real estate magnate promising to build such a wall and make Minnesotans pay for it. Stopped at a railroad crossing in Provo, you might catch an eclectic rolling art exhibit replete with Wild Style era graffiti and work inspired by the likes of, say, Buff Monster, or sprung from the minds of some flyover hermit/genius.

With a balmy forecast for much of the state in the next week or so, time will tell if this trend has the staying power to wait out some weather. In Minneapolis: "Its warm now," says Grotting. "It's 30 degrees, so the pants are just in a big, wet heap in the snow." 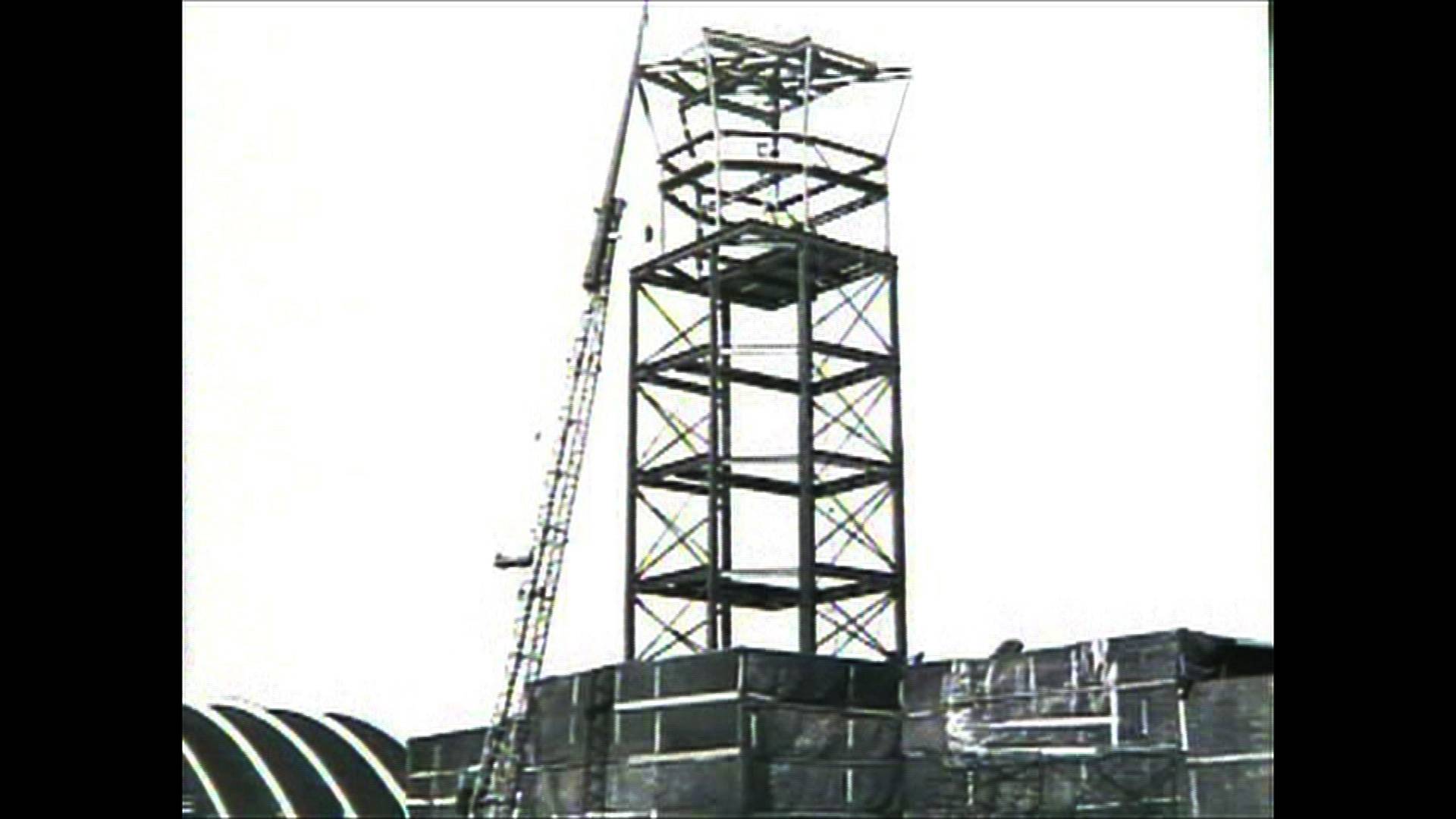 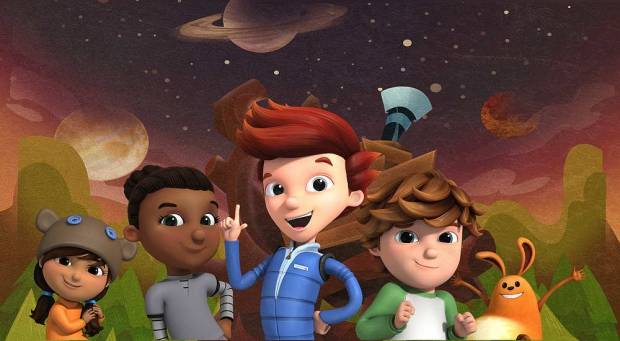