The Dreams the Stuffed Are Made of 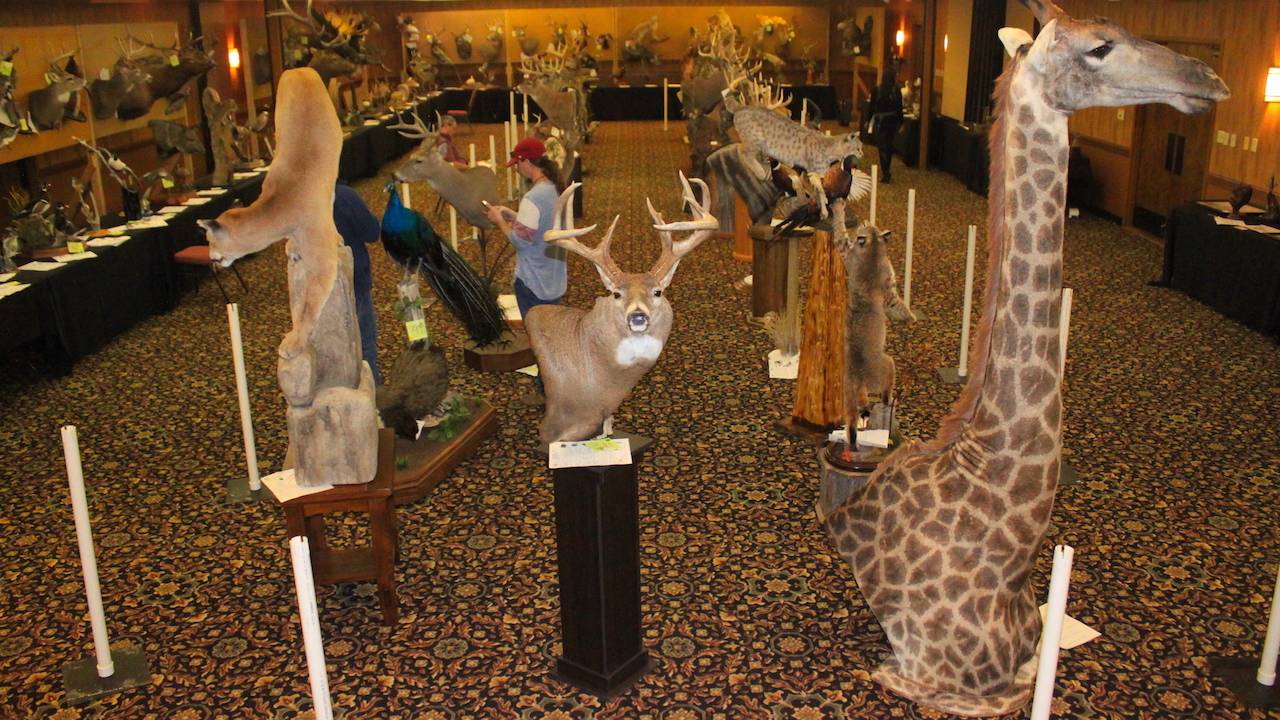 Was taxidermy ever out of style? While it may have never lost much South Dakota cred, it has been acknowledged as enjoying a nationwide resurgence, which implies that some people somewhere must have been bearish on it at some point. No more. Now, you’re as likely to encounter a menagerie of stuffed specimens Sunday brunching at Freemans on NYC’s Lower East Side as you are enjoying the a Vault burger at The Vault in Hot Springs, SD.

"The sight of a particularly fine animal, either alive or dead,” Smithsonian taxidermist William Hornaday wrote in 1891, “excites within me feelings of admiration that often amount to genuine affection."

After a brief national purgatory in Kitschlandia, Hornaday’s affection has apparently gone mainstream again. Lovers of the mounted head no longer have to worry that the “the outside world may dismiss taxidermy as the creepy sideline of the Deliverance set or an anachronistic throwback to the dusty diorama,” as Melissa Milgrom wrote in her Still Life: Adventures in Taxidermy.

Even if the smart set hadn’t rediscovered the delight in beholding an exquisitely poised bobcat or hooded merganser, that wouldn’t likely keep the fleshing tool wielding preservationists of the South Dakota Taxidermist Association out of the the Watertown sun this weekend, during the SDTA’s 2016 Competition and Convention.

Trending or not, the smart money always long-bets a couple pelts on the skin game. The profession has outlived many a species (some of which have been preserved for posterity by taxidermists).

Preservation of animal carcasses as an art form goes back to the ancient Egyptians, who sometimes entombed embalmed animals alongside mummified humans. But it wasn’t until the 18th century that the art of animal preservation underwent a period of rapid advancement in methodology and interest.

Pioneering French zoologist and entomologist René Antoine Ferchault de Réaumur piqued curiosity when he amassed an open-to-the-public collection of over six hundred taxidermied birds. "The collection inflamed the popular passion for birds and cultivated a new age of bird connoisseurship in France,” but the specimens he prepared “were hardly lifelike,” according to Rachel Poliquin’s The Breathless Zoo: Taxidermy and the Cultures of Longing.

For Réaumur, the stuffing of a bird’s skin was only one method of preservation. He also advised pickling birds in brandy or baking them in the oven. “This was rudimentary preservation of specimens,” writes Poliquin, “hovering briefly before the inevitable insect damage and decay set in.”

In 1752, M.B. Stollas published his illustrated Instructions on the Manner of Preparing Objects of Natural History. Demand for preserved specimens was growing at European museums. In 1802, Louis Dufresne, curator at the Museum d'Histoire Naturelle in Paris, popularized the technique of using arsenical soap — first developed by the secretive Jean-Baptist Bécœur — as a preservative. This may have been the birth of modern taxidermy.

British ornithologist John Hancock elevated the art form in 1851 with his Struggle with the quarry, a diorama-ed death struggle between a falcon and heron. The Victorian appetite for exotic specimens and diorama became insatiable. A family of good stock could hardly do without a furred or feathered curio to help weather a conversational lull over tea. Any town of import had its own taxidermist.

The title of “father of modern taxidermy” may belong, depending on who you ask, to Hancock or Carl Akeley, a curator for the both the Field Museum of Natural History and the American Museum of Natural History. Taxidermist Bryan Christy wrote in National Geographic that it was Akeley who “single-handedly elevated taxidermy from a smelly form of upholstering — skin the animal, boil its bones, wire the frame back together, stuff the framed skin sack with rags and straw — to an art form.”

“Akeley introduced more than fresh mortuary techniques. He invented a narrative framework for us to consider dead animals, one that continues to this day.”

The narrative framework Akeley invented involved grouping “his lifelike pieces in dioramas designed to re-create habitat, down to casting the individual leaves on the ground where an animal had been found.”

Taxidermy continued its close alliance with natural history, and became a fixture of the early American conservation movement in the 19th century. William Hornaday was a member of the Wildlife Conservation Society, itself an offshoot of Theodore Roosevelt’s Boone and Crockett Club.

For these early naturalists, conservation, hunting, a near-spiritual appreciation of natural beauty, and taxidermy, were all interrelated. For 19th century naturalists like John Muir earth’s natural beauty was a manifestation of the divine. To “spend a week in the woods,” for Muir was to “wash your spirit clean.”

When Darwin challenged the Creationist strain of nature-worship with his On the Origin of Species in 1859, neo-pagan alternatives, already at sapling stage, spread like kudzu into the realm. “Although the solidarity of natural theology was dismantled,” writes Poliquin, “popular writers maintained a revised form of natural theology, and their readers remained enthralled by the traditional moral and aesthetic qualities of the natural world.”

“Nature could save your soul. Even if dead and stuffed, natural beauty was spiritually cleansing.”

And who hasn’t once from a hard luck barstool found salvation in a moose head, really?

Let’s not get ahead of ourselves though. While in the Victorian era nearly every well-heeled home had a stuffed critter within it, the new natural theology and its corollary pursuits — like hiking and trophy hunting — weren’t yet plebeian concerns. Many of our forebears rejected post-Darwin Earth Motherism as emphatically as they would have rejected varmints as art, other than culinary. But in America, trends aren’t uni-directional. Sometimes prep school kids de-urbanize "urban" slang, and sometimes Biblical Literalists mount heathen totems above the Big Buck Hunter machine smelling indelibly of Strohs.

So as the Industrial Revolution’s rewards trickled downward, as folks got inured to iceboxes and Hungry Man meals, as the hunt became more avocation than alimentary imperative, the American heartland incorporated taxidermy into its own syncretic culture, like Tzotzil Mayans sacrificing chickens at Iglesia San Juan Bautista.

And maybe somewhere in the midst of this syncretic shift, when antlered heads overwhelmed the walls of so many a watering hole with a Hamm’s sign out front, taxidermy became something akin to a velvet Elvis, or at least a velvet elk, in the minds of the very class that had popularized the art form to begin with.

But as surely as the inevitable Brony decline and the equally inevitable Brony Revival, there came yet another shift. Perhaps between episodes of Girls, a re-urbanized class of up-and-comers pined for the backyards of their youths, or maybe environmental concerns calved a new animism. Suddenly you couldn’t catch an indie synth popper pondering adulthood-deferred without an animal mask. Models donned catheads on the catwalk. Artists like Crystal Morey and Marion Peck brought the anthropomorphized animal world we knew from Sunday school — of Balaam’s talking ass (and who can forget the snake?) — out from under the steeple and into the numbered streets of the Big City.

About this time A-Trak remixed the Yeah Yeah Yeahs’ Heads Will Roll just as the animist creep was starting to peak. And roll they did. In great migrations from Sheboygan, Bucksnort and Challis, in box trucks down the I's 43, 84 and 40. Antlered heads got so tangled in the City, you could hardly maneuver to the bar for another pickle-back and whiskey without getting wedgied by a 16-pointer.

So Derick Wenck of Digger’s Taxidermy in Harrisburg — like all the competitors at the SDTA Convention — is caught up in the currents of a resurgent art form that won't be cresting soon. Days before the convention, Wenck deftly worked a fine-pointed brush to get the color scheme of each two-toned scale on his competition walleye just right.

He has some idea of the kind of details the judges will look for. In 2014, Wenck took home the SDTA Best 360° Fish Mount Award, the Best Polytranspar Award — an accolade earned for artistic use of the glistening airbrush paint — as well as both the 1st Place and Best (“1st Place” and “Best” aren’t necessarily the same by SDTA scoring rules) Overall Fish in the Professional Division. In 2015, he won the Best Large Game Head With Open Mouth Award.

This year he’s entered a walleye mounted to a replicated rock. He starts with the raw fish, lays it on wax paper, traces it, takes measurements for width, girth and height. He uses a grid system to track the natural contours of the fish over a given space. Then he carefully carves a styrofoam mold.

He cuts fish open with one line along the belly and carves out every last morsel of meat and fat, removes the fins and head, ending with an empty skin. Now, if he’s measured right, the skin — disinfected and dried — should fit the fish mold like a glove. Then he can pin it together and start to replace the fins, either with artificials or originals, apply some epoxy and move in to the finish work. But the glove better fit.

“For a winning piece you have to have your anatomy correct,” says Wenck. “The judge is going to look at your fish from so many angles.”

Jeff Mourning agrees. A Best in World Coldwater Fish award-winner at the World Taxidermy and Fish Carving Championships, Mourning is one of the three judges at this year’s SDTA Convention.

“Back when Teddy Roosevelt was having all his mounts done, it was done with dry preservatives and wrapped forms. Now we’re actually sculpting forms,” says Mourning.

As a judge, these lifelike details, down to the veins visible beneath the skin of the septum, are what Mourning looks for. Biological minutiae trump size and spectacle. At the 2015 World Taxidermy Competition, Artistry of Wildlife’s “The Chase” — in which five hungry wolves fly through the air in pursuit of a giant moose — was upset by Frank Newmyer and Earl Martz’s pacific “Marco Polo Sheep,” a solo argali atop some rocks, for the Best of Category, Collective Artists award.

Beyond the emphasis on hyper-realism, artistic flourishes show up in different ways across different species in competition. For mammals, it may be postural, or narrative in the case of a multi-species diorama. For fish, it may be in the way they appear to swim, a feat achieved intangibly through some combination of posture, facsimilated habitat and paint job.

“The color of your fish doesn’t have to be correct,” says Derick Wenck. “But the technique has to be correct. I could paint that fish a totally wrong color and I could win just based off technique.” 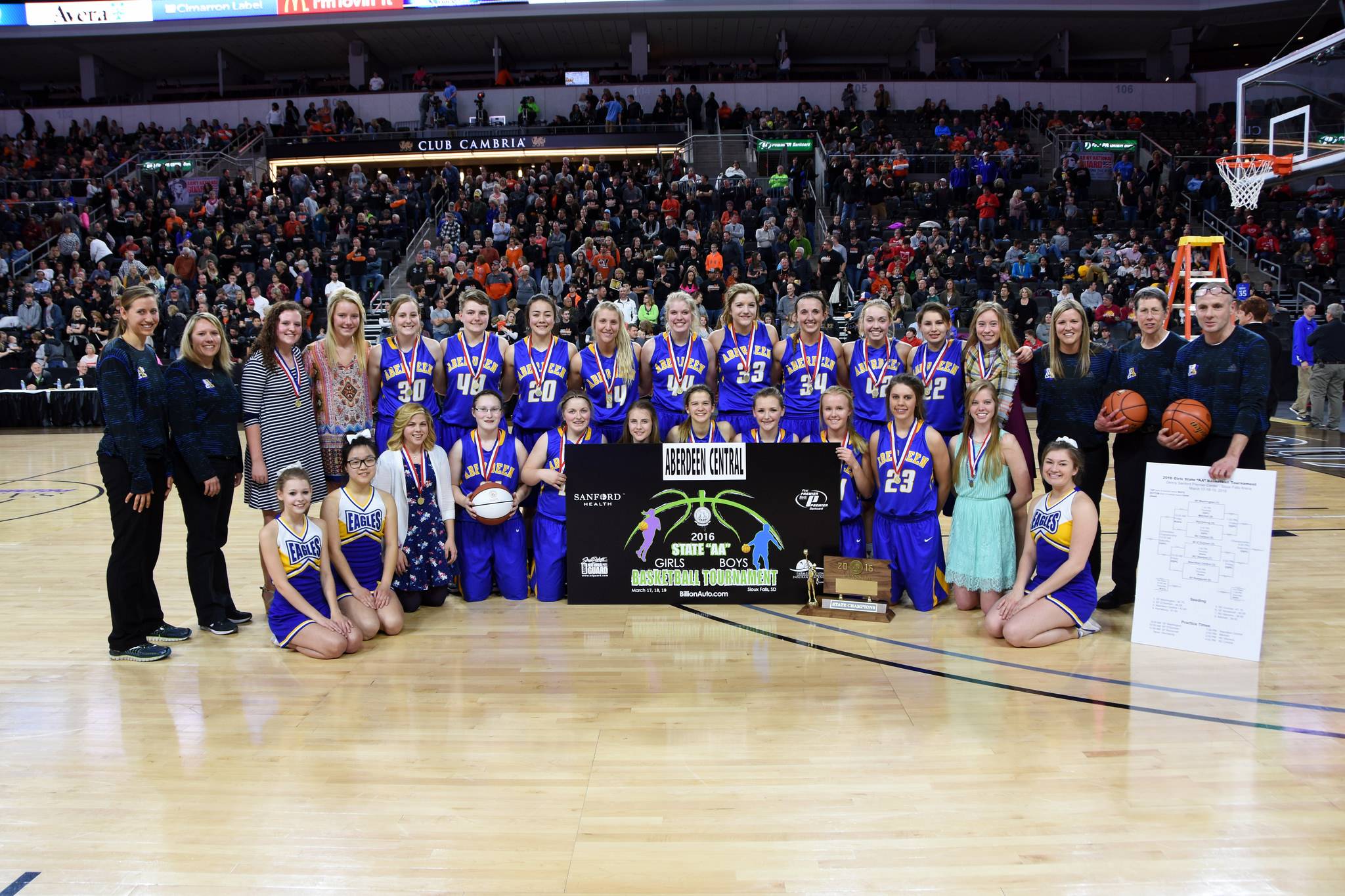