Compiled early histories of African Americans in the region that would become Dakota Territory and South Dakota owe much to Sara Bernson’s thesis Black People in South Dakota History (1977), as well as Huron, S.D. native Betti VanEpps-Taylor’s carefully researched book Forgotten Lives: African Americans in South Dakota (2008), both published by the South Dakota State Historical Society Press. In Forgotten Lives, VanEpps acknowledges that “much of the earliest history . . . has been lost or poorly reconstructed” and “most of the personal tales of the daily lives of black adventurers or river men, fort workers or Buffalo Soldiers, homesteaders or miners, laborers, barbers, cooks, land speculators, lawyers, doctors or business owners are lost forever.”

Illuminating the lives of the black men and women who moved westward in the 19th and early 20th century is highly dependent on reconstructions based on records, oral histories, and, as with many frontier stories, legends and myths. Joyce Jefferson of Rapid City has amassed existing research and conducted her own to breathe life into history. For the past 20 years, Jefferson has portrayed six African American women who came to the northern Great Plains in the 1800s and early 1900s. Jefferson’s portrayals include prospector Sarah “Aunt Sally” Campbell (1823-1888), a Kentucky native who accompanied General Custer in 1874 as a cook and went on to form Custer Park Mining Company; homesteader and entrepreneur Lucretia Marchbanks (1832-1911), a former slave from Tennessee who purchased and operated the Rustic Hotel near Deadwood; and Katherine Davis Chapman Tillman (1870-?), who attended Yankton High School, was a published writer of fiction, essays, poems and plays, and who wrote extensively on the theme of being black and female.

Jefferson has presented at cultural events and in schools, universities, museums, and state and national parks. She refers to Campbell, Marchbanks, Tillman and others as “pioneer sheroes,” and to her portrayal of them as a fine line between storytelling and interpretation. “My initial thought was I am an interpreter because I have to interpret their lives since not much has been written about them nor has evidence been found that they wrote,” says Jefferson. “I use my storytelling and acting skills to step into their shoes as if I were living in the 19th or early 20th century.”

According to Jefferson, her entrée into a career in public performance results from nature and nurture. “I come from a family of dramatists, so I have a lot of ham in my genes,” says Jefferson. She began speaking publicly for her work as a civil servant addressing audiences at Equal Employment Opportunity (EEO) functions. At an EEO event, Jefferson envied a fellow speaker “who had the confidence of a great orator,” she says.” “He had pizzazz, but I had content. Very soon I joined Toastmasters, gaining confidence and combining my content and his pizzazz.”

Her appearances moved away from speech-making and toward performance at Women’s History Month concerts in Rapid City. “I wanted to share my heritage, my story, and sing,” says Jefferson. “I prepared a ten-minute presentation and auditioned. I was this timid person amongst these confident, seasoned professionals. This wasn’t speaking before a crowd with a prepared speech – I had combined music, poetry, and speaking. It was daunting!” After working with a music teacher and developing her presentation in classrooms, Jefferson eventually performed her piece “’Phenomenal Woman’ and Other Heroines,” inspired by Maya Angelou’s poem, in front of a packed house at the Dahl Fine Arts Center in Rapid City.

Later, Jefferson accepted an invitation to work with the National Forest Service’s “Passport in Time” project to excavate the homestead of Kathryn “Aunt Kate” Reynolds, a former slave who earned funds to “prove up” her land near Spearfish Canyon by selling cord wood to the forest service. Working at Reynold’s homestead was a pivotal point in Jefferson’s career in storytelling. Having recently portrayed Sojourner Truth, Jefferson gave herself a dress rehearsal. “At Kathryn’s homestead on the last day of the excavation, I borrowed Sojourner’s attire and boldly went to the homestead as if I were Aunt Kate in fact and in deed,” says Jefferson. “ As I toured ‘my land,’ I noticed all these red flickering objects, which were identifying artifacts or other documentation, and demanded to know what they were doing messing up my homestead. I think that day I learned the effect of speaking from the past.”

Although Jefferson located original sales documents that recorded “Kathryn’s humble beginnings,” Jefferson says she relies “heavily on the sleuthing skills of the archeologists and historians who have introduced me to my persona. I’m more of a storyteller than a researcher. I look for stories that may give an indication of what their lives might have been like and how they might have reacted in a certain situation.

When research is available, Jefferson is excited by the opportunity to inform the personas she portrays. “I loved telling Sarah Campbell’s stories because there had been quite a bit of external documentation about the places she had been that I could tell her story from other people’s perspective,” says Jefferson. “She was a player on Custer’s 1874 Expedition to the Black Hills. I could weave her stories with the events that happened while they were touring. Mary Kercherval (1833-1921), settled in Centennial Prairie. I learned several stories about her children and grandchildren and would use them to give insight to her neighbors and how she might have reacted to these events. I learned that the Ku Klux Klan burned crosses where the Holiday Inn of the Northern Black Hills now stands. Mary might have seen the crosses burning. Even though history says that African Americans were not the focus of their hate, Mary had experiences with the KKK while she was in Kansas and may have reacted with the same terror she remembered back then.”

Of the “sheroes” Jefferson presents, she says she has been most inspired by Lucretia “Aunt Lou” Marchbanks. For research, Jefferson traveled to Marchbanks’ home in Tennessee and spent time with Marchbanks’ descendants. “I went to church with Aunt Lou’s family,” says Jefferson. “I had read that she sang in the Congregational Church’s choir in Deadwood and, worshipping with her family, I could envision Aunt Lou singing along and worshipping with them.”

Although Jefferson has fondness and respect for the women she has portrayed, she feels a growing reluctance in telling their stories in first-person. “I was not there, no matter creative my interpretation may be, nor can I tell their story as if I were them.” Jefferson’s reticence about artistic license has increased since the recent death of her husband, Earl. “After my husband’s death, I decided not to continue first-person narration,” says Jefferson. “I think not really walking in their shoes could I ever convincingly tell their stories again.”

Jefferson says she feels a pull toward telling her own stories and about African American history and culture through poetry and song. Of her presentation “’Phenomenal Woman’ & Other S/heroes,” Jefferson has received feedback that “it’s the story of every woman,” says Jefferson. “Men have said it’s a program that makes them want to be better men.” She also collaborates with other presenters as the Wildflower Women on the impact of their fathers on their lives in a piece called “Daddies’ Dreams,” and works with Oscar Micheaux historian Jerry Wilske to present “Lift Every Voice and Sing,” about African American religious music.

Jefferson says these are the presentations she feels most comfortable sharing. “My work is evolving,” says Jefferson. “I am inspired to tell others what I have done and what I hope to do.” After two decades of illuminating the lives of historical women in South Dakota, Jefferson is ready to tell her own stories.

February is Black History Month. SDPB will air a wide range of programs featuring many of the individuals, movements, and moments in the history of African Americans, including Black Panthers: Vanguard of the Revolution and a rebroadcast of the groundbreaking Eyes on the Prize series. Check your local listings. 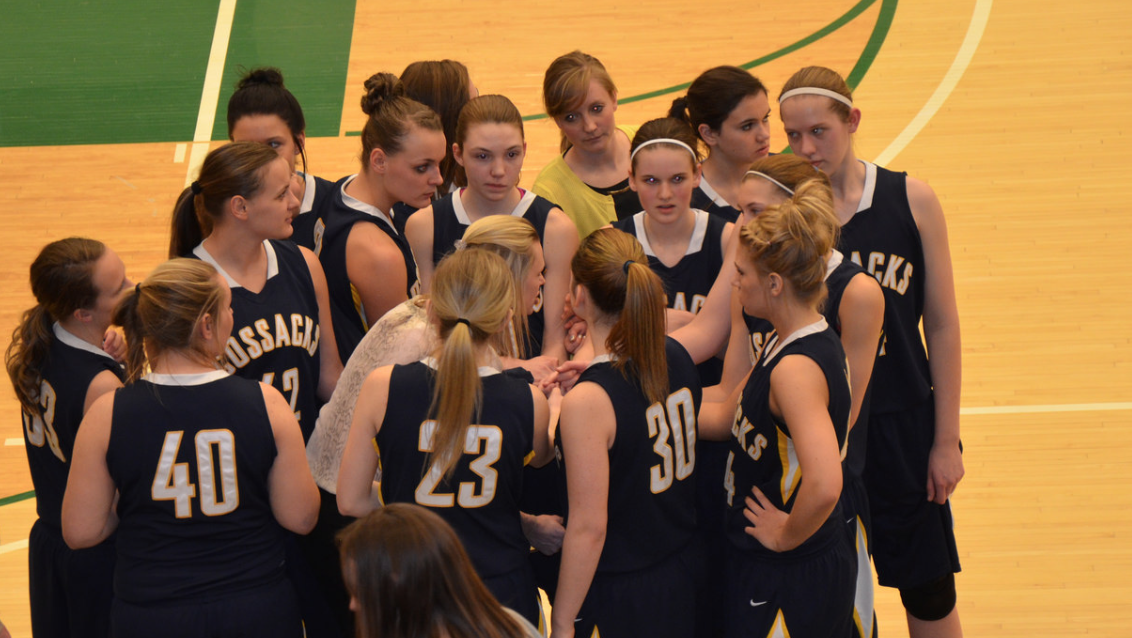 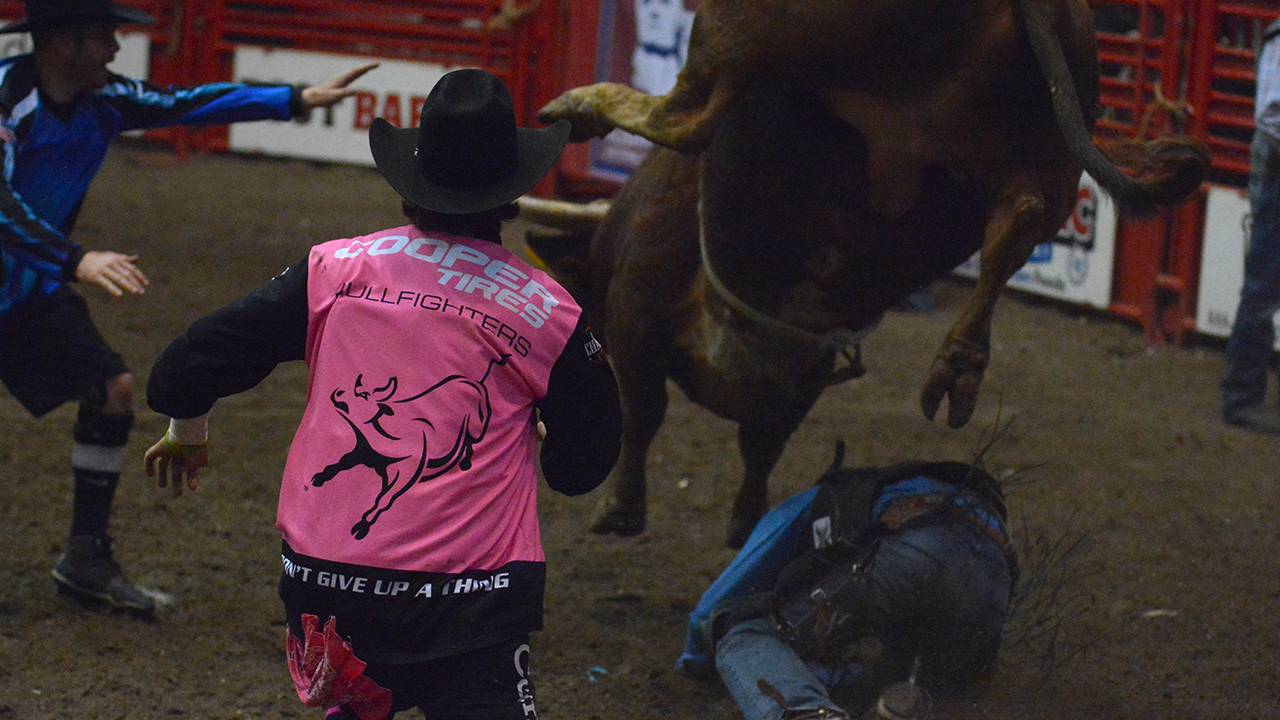