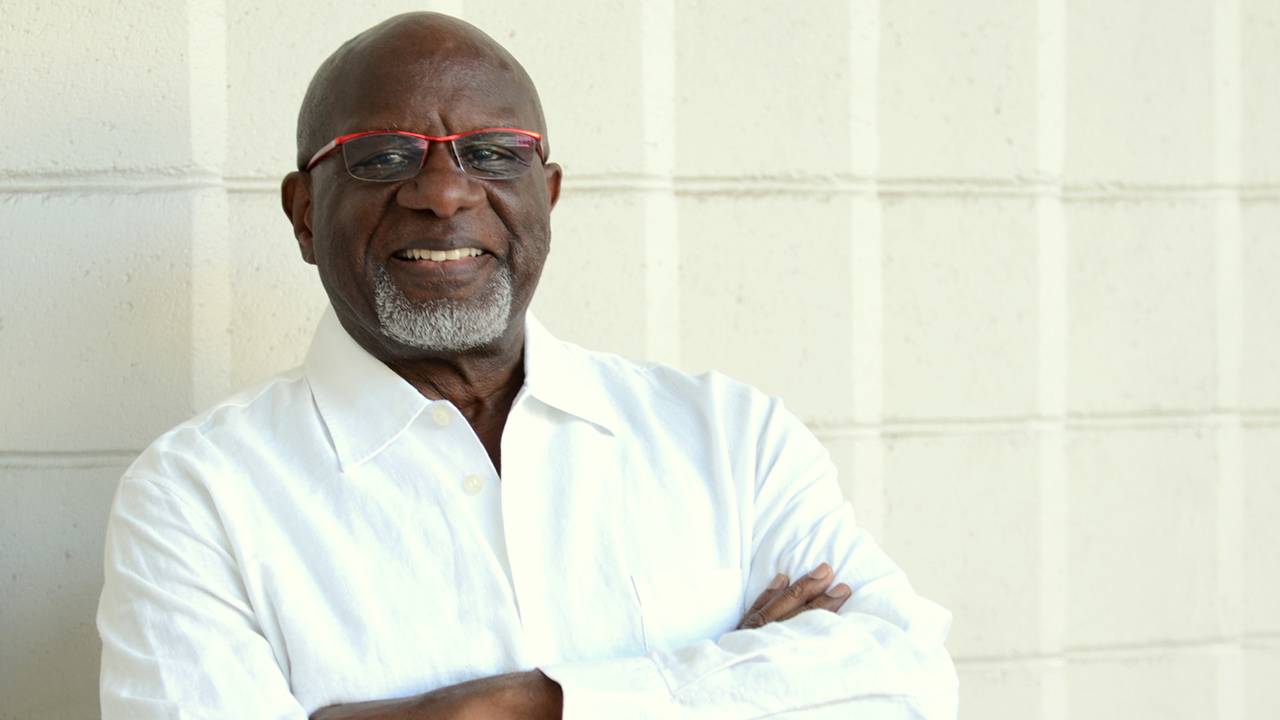 Bob Stewart has long had a reputation as one of the most innovative tubists in jazz. He has played with roll call of masters that includes McCoy Tyner, Charles Mingus, Dizzy Gillespie and Gil Evans. Since his first tuba gigs in Philadelphia, he has never stopped learning, creating, teaching, scouting new sonic domains for his instrument. Ever busy, he just returned from a mini-tour of Europe. Saturday night he plays with the Lucian Ban Ensemble in New York. He’s a renowned music teacher — a longtime band director at the famed LaGuardia High School of Performing Arts — and professor of Jazz History at The Juilliard School. And, all of this makes sense of course, when you consider that he’s a Sioux Falls native.

Bob’s father, Riley Stewart, was a pitcher of some notoriety in the Negro Leagues, who played for the Chicago American Giants and the New York Cubans. When Bob was born, Riley Stewart was in the Air Force, stationed at the Army Air Force base in Sioux Falls, where Bob’s mother Florence had joined him from New York. Bob didn’t have much time to get acquainted with Sioux Falls (though he must have gotten a whiff of that Big Sioux River mist). He and Florence moved back to New York around the time the AAF base shut down. Riley would spend a few years with the Chicago American Giants before he rejoined them.

Bob can remember seeing Riley play at the Polo Grounds on Sundays during the Cubans’ final season — after Jackie Robinson broke down the race barrier in the Majors, the League became an ironic casualty.

While growing up, his family moved from New York to Newport, Rhode Island, and finally to Philadelphia, where Bob studied music under music teacher Wendell Pritchett at West Philadelphia High School. (The school has a long history of cultivating musical talent. Two later graduates — Kenneth Gamble, of Gamble and Huff, and Thom Bell, producer of Delfonics hits like "La-La (Means I Love You)" and "Didn't I (Blow Your Mind This Time)," were instrumental in creating the Philly Soul sound.)

After high school, he studied at the Philadelphia College of the Arts, where he switched from trumpet to tuba. In the late '60s, he moved to New York and started playing gigs with a Dixieland jazz band. From there he blazed an improbable trail as a go-to tubist for innovators in free jazz ensembles. By the mid-70s he had toured and recorded with Charles Mingus, Dizzy Gillespie, Gil Evans, Sam Rivers and Arthur Blythe.

His last record was CONNECTIONS - Mind the Gap (2014). Downbeat said of the album that “Stewart’s virtuoso brass work — whether laying down throbbing bass lines or taking off in multiphonic solo flights — is still a wonder.”

SDPB talked with Stewart about his Sioux Falls start, working with Mingus, and balancing parallel careers as an artist and a teacher.

SDPB: How did you get switched from trumpet to tuba?

Bob Stewart: Well, I thought trumpet was mine, because I started playing it in the 6th grade and I played it all through high school. After about two years of playing it in college, I was having muscle problems and I knew in two years I had to do a graduation recital. My trumpet teacher suggested I go to a larger mouth piece and train new muscle rather than retraining the old muscle, which is very difficult to do once you’ve been playing that long and have set up certain patterns. So I switched to a larger mouth piece and played tuba and did my recital with tuba. I hated it, because trumpet was my first love.

What convinced me was after I graduated from college when I got my first gig.

SDPB: What was your first gig?

Bob Stewart: In ’67 I started playing a Dixieland kind of club with banjo, tuba, trombone and washboard. The place was called Your Father’s Mustache. There was a chain of them around the country. I was there one night a week, and I did it so well that they invited me to play for the summer down at Somers Point [New Jersey]. After that summer, they invited me to come to New York every weekend. So that was my introduction to New York and I did that for a whole winter.

So in '68 I decided I’m going to go to New York. Kind of a scary move, because I’m going to New York to be a jazz tuba player. I mean if I really took stock in that… But I had blinders on, so I just went.

SDPB: It seems like you made a pretty quick transition from playing with Dixieland outfits to playing with cutting edge artists like Charles Mingus.

Bob Stewart: By ’71 I was working with Charles Mingus, so it is a pretty huge leap from Dixieland. There was a bunch of stuff that just happened in succession beginning in ’71. I was [touring] with Taj Majal, and then by March of that same year I started working with the Charles Mingus Big Band and we recorded two albums. Literally three years after I got here, that’s what happened. And that gives you fuel to continue with.

SDPB: Some have said that Mingus was difficult to work with. What was it like for you?

Bob Stewart: A lot of what Mingus did and said was tongue-in-cheek. If you took him seriously, a lot of times he would just be serious. But if you said: “Come on, what are you talking about?” He would kind of laugh because he knew he didn’t get over on you. To me he was like this great uncle that also could be your friend.

He was very kind to me. At one point, on the album that was live at the Avery Hall [Charles Mingus And Friends In Concert] he hired me to hire the band, and gave me certain people’s numbers and said fill the spots with the people with you think are best.

He was a fantastic composer. That written solo that for tuba and French horn, that we played as a duet, was beautifully written. It was a wonderful album. When he said he was using the entire instrument, that’s exactly what he did. I discovered parts of the instrument I wasn’t using.

He had a huge variety for what a big band does. It opens up to the borders and the margins of the page and everything the band does fills the page up. One of the things he taught me was being a bass player — or being a tuba player — and being a band leader at the same time. He was a fantastic composer. That written solo that for tuba and French horn, that we played as a duet... was beautifully written. When he said he was using the entire instrument, that’s exactly what he did. I discovered parts of the instrument I wasn’t using.

SDPB: You’ve talked about a technique of playing the tuba as a bass? How did that start?

Bob Stewart: I didn’t really think of it like that. I just doing a gig, and when the tuba was on you’d play bass. You wouldn’t play walking bass. I really hadn’t thought about playing in a contemporary ensemble. I was working with Gil Evans’ band in the mid-70s, and that’s when I met Arthur Blythe. He came to me and said, “Listen man, I want to put a band together, and I think I want to use tuba as the bass of the band.” And he asked me,” You think you could do that?” And I said, “Oh yeah, sure no problem.” I didn’t have a clue as to how to do that, but of course in New York you never say no. You say yes and then you figure it out.

I developed a technique and a skill, a thing about breathing, about how to pick what notes and move from one chord to the next smoothly, and that’s what I learned how to do. One of the biggest compliments that any guy could give me was: “Wow, Bob that sounds great, you sound just like a bass.” I’d be very proud of that compliment, because that’s what I was trying to do. Until one day, I took a tape to Gil Evans of my first quartet. And he said, “Yeah Bob, that’s great, but it just sounds like a bass.”

He just changed the meaning of the same word. It made me realize that in my effort to sound like a bass, I’d be able to do that, but I lost an instrument. Because the tuba had a quality of its own that I was not recognizing or using. I was so busy trying to not sound like a tuba and sound like a bass, so I had to go back and listen to what I was playing before I got so slick. It really taught me a lesson, of playing my instrument and the possibilities that are there. You can make [a tuba] sound like a bass, but then in the same breath make it sound like a tuba, change the punctuation, make the note short, staccato or long. You really have more variety. So that was a big lesson.

SDPB: You have a long history as a teacher. How has teaching complemented your creative process as an artist?.

Bob Stewart: What happens is it’s one thing to teach children music, it’s a whole other thing to play music on one side of your brain, and on the other side you’re going to go work at the post office. That other side of your brain helps the musical side grow. So what I chose to do is find something on the other side of my brain that helps the music side grow. So when I was teaching children, when I went home to practice I was able to play things better, because I was teaching all day.

When I was teaching Junior High School, I was doing arrangements for the students. I would tell them to bring in 45s. This was way before tapes and cassettes and CD's, and I told them whatever song you wanted to play, bring it in to me. I would listen to them and I would do arrangements for the students on the songs that they wanted to play. So I was doing arrangements while I was teaching — one side [of the brain] was helping the other. And I really invested in the kids in doing those arrangements, so they enjoyed it. I did an arrangement of the “Fifth of Beethoven” when it was a disco hit. I did Herb Albert’s “Rise,” and an arrangement of “Sidewinder.” And I didn’t have to push them to practice because they were doing tunes that they brought in.

And I was enjoying it because I was invested in it, and helping my other side and my other career. I would teach from 8 until 3, I would come home every day and go to sleep for an hour or so and get up like the day just started again. I knew this was a long term thing and I had to grow. I would wake up after about an hour so then I would start the day again and start practicing.

And it’s been a success. I was determined to create something and, as it worked out, I did. I didn’t really know what at the time. Slowly it came to me over time, but it really had to do with playing bass at Your Father’s Mustache — that really started it all. I just made the segue from playing Dixieland music to playing contemporary jazz. Figuring out how to do it, how to breathe, and how to do all the things necessary to make it successful. And it worked out.

SDPB: Maybe you’ll be back out here one of these days for the Sioux Falls Jazz Fest. 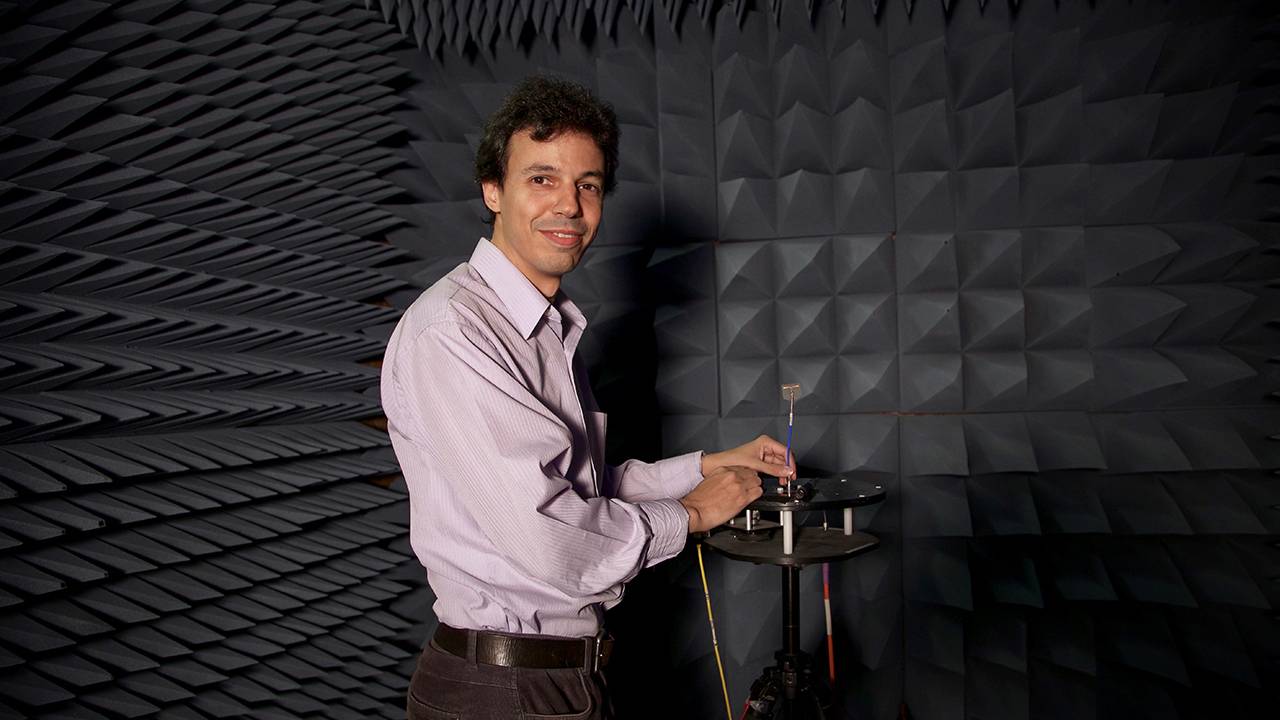 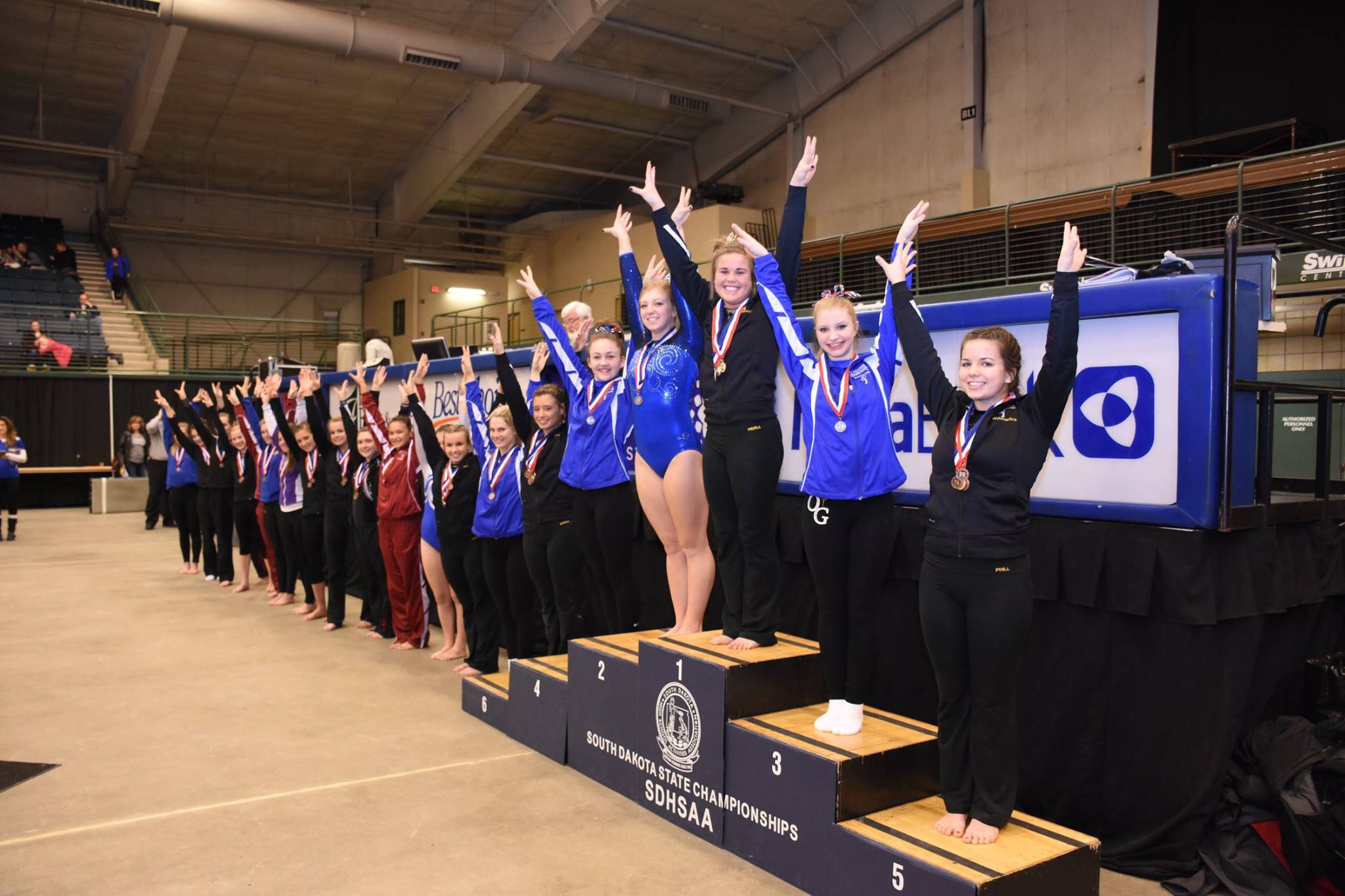