In the Moment Debuts Poetry from Studio 47

Poetry from Studio 47 with Patrick Hicks is a new feature on In The Moment. It's a look at the power and presence of poetry in South Dakota and beyond. Hicks is a novelist, essayist and poet. He's Writer-in-Residence at Augustana University. His poetry books include Adoptable and This London.

Poetry from Studio 47 with Patrick Hicks airs Fridays on In The Moment in the 11:00 a.m. Central hour. He joined us in our Sioux Fall Studio for this interview. You can listen to it in its entirety here.

Lori Walsh: Welcome back to In the Moment. I'm Lori Walsh. Today we introduce a new feature on In the Moment, Poetry from Studio 47 with Patrick Hicks. It's a look at the power and presence of poetry in South Dakota and beyond. We'll bring you the first episode in a few minutes, but first, Patrick Hicks joins us in the studio. He's a novelist, essayist, and poet. His poetry books include "Adoptable" and "This London". He's a writer-in-residence at Augustana University in Sioux Falls, and he is also a finalist for South Dakota State Poet Laureate, along with fellow poets Christine Stewart and Jim Reese. He joins us now in the Kirby Family Studio in SDPB's Sioux Falls space. Patrick, welcome back.

Patrick Hicks: Oh it's always a pleasure to come back.

Lori Walsh: We've had this little ... It hasn't been a secret secret, but this is something you've been planning for a little bit. I've been so excited, and I haven't been talking to anybody about it.

Patrick Hicks: Me too. Yeah. I've been working on this for about three months now.

Lori Walsh: Tell us where the idea came from, the notion that it's its own program, its own podcast, Poetry from 47, Studio 47, became a thing in your mind.

Patrick Hicks: I really enjoy coming on radio. I really enjoy being on your show, so I guess I have the radio bug, you could say. I guess the idea came to me a couple of years ago, but the practicalities of it, I don't know how to produce a show. I know how to speak. I know the types of poets that I'd like to bring onto a show, but I wasn't sure how to make it a reality.

Then about a year ago, there was this major renovation at Studio 47 at Augustana, that's our recording studio, and I happen to bump into the orchestra director, Dr. Peter Folliard. He said, "Come on down. Take a look." At the moment I walked in and I saw what we were capable of doing, that's when I realized that this little germ of an idea, which I'd been carrying around in my head for a while, could become a reality. It took off after that.

Lori Walsh: Alright. I went to Augustana. Is this the same spot where I had my internship? Because I did a little radio internship, so I'm sure it's changed. It's been a few years.

Lori Walsh: When I listen to the first few episodes, and I have a little leg up because I was able to listen to several, I just kept saying, "Yep. Oh, yep. I know that" because I love poetry. Tell me about how you sort of planned the beginning here in January, because you began with this some quintessential voices that need to be heard.

Patrick Hicks: Yeah. I wanted to choose poets that were able to tell stories because poems essentially are really good little stories. If I've done my job right, I will have chosen poetry that makes someone maybe sit in their car in their driveway because the want to hear the end of the poem. I also really want to choose poets that speak to this part of the world that we live in, the Midwest and the Great Plains. I very intentionally, for the first 10 episodes, I've drawn from South Dakota poets to Lakota poets. It's not just our area. There are a couple of national poets that will be featured in the coming months and hopefully even some international poets.

Lori Walsh: We're going to air these every Friday on South Dakota Public Radio during In the Moment. We'll start with episode one today, and then this Friday, you get to hear episode two, so we'll have something every Friday in the month of January. Really, all year. Then we'll post those online at listen.sdpb.org. You and I will share the daylights out of it on Twitter and Facebook and Instagram.

Patrick Hicks: I'm sure we will, yes.

Lori Walsh: Tell me about this beautiful logo, because once people, once we move past it and they just recognize it as what it is, they're going to forget where this beautiful logo came from. They'll be able to see it online after the show, but tell me from whence it came.

Patrick Hicks: From whence it came. I realized that if I'm starting this short radio program, it does need to have a logo and, like all logos, it has to encapsulate everything really quick and immediately. I got to thinking, "Well, I want a microphone, radio. Who doesn't like coffee and an open book?", but I'm no artist at all.

One of our former students, John Schrader, he's currently living in Seoul, he's an artist. I've always appreciated his work an awful lot. I reached out to John, who's literally halfway around the world, and I said, "This is what I'm kind of thinking about. Can you create something for me?" It took him about two or three weeks, but he created this wonderful logo, which I'm really, really delighted to have.

Lori Walsh: We were just speaking with president of Augustana, Stephanie Herseth Sandlin, and Dean Irvine. We were talking about the connection when you choose the place that you're going to study. Whether it's as a faculty member, as a student, those connections and the way they intersect can be surprising. This is a pretty good example because here you are, I graduated from Auggie, he graduated from Auggie, and we're all having this conversation. Boom, everyone is sort of running up again. That works that way in South Dakota and beyond, with any school that you-

Lori Walsh: This is just our experience right now. I want to play this first episode for folks and then come back and talk a little bit as we close the show with Patrick Hicks, but here is episode one, Poetry from Studio 47.

Patrick Hicks: This is Poetry from Studio 47. Welcome. Today's poet is Billy Collins. Collins was born on March 22, 1941 in New York City, and has since written 14 collections of work, including "The Apple that Astonished Paris", "The Art of Drowning", "Taking Off Emily Dickinson's Clothes", and "Horoscopes for the Dead", among many others. He was appointed poet laureate of the United States for two terms, from 2001 to 2003. After teaching at Lehman College at the city University of New York for almost 50 years, he has retired, but he continues to give readings around the world. Collins' work is playful, humorous, thoughtful, and accessible.

Today's poem is "Introduction to Poetry". Here we have a narrator that wants people to feel the joy of poetry that he knows. He wants us to be unafraid of poetry. He wants us to enjoy it, the same way we enjoy music or a good movie. He doesn't want us to overanalyze a poem too much. Poetry, he suggests, should be fun and not a bunch of hard work. This is good advice. This is "Introduction to Poetry" by Billy Collins.

I asked them to take a poem and hold it up to the light like a color slide, or press an ear against its hive. I say, "Drop a mouse into a poem and watch him probe his way out, or walk inside the poems room and feel the walls for a light switch." I want them to water ski across the surface of a poem, waving at the author's name on the shore, but all the way to do is tie the poem to a chair with rope and torture a confession out of it. They begin beating it with a hose to find out what it really means.

Speaker 3: Poetry from Studio 47 is hosted and curated by Patrick Hicks. All poems used with permission. Recorded live to tape at Augustana University and produced by Peter Folliard. Thank you for listening.

Lori Walsh: And you're listening to In the Moment on SDPB Radio. The new Poetry from Studio 47 will air on this program today, and then following this day, on Fridays on In the Moment SDPB, where we do a lot of arts coverage.

I want to say, "What does poetry mean to you?" That's too vague of a question.

Lori Walsh: So let me ask this. When did you know that poetry meant something to you that was deeply ... an itch that needed to be scratched?

Patrick Hicks: Oh wow. That is a great question. Before I answer that, I just want to offer my thanks and praise to Peter Folliard who produced Poetry from Studio 47 and wrote that fantastic music.

When did I want to ... That seems such a grand thing. When did I know that I was a poet or want to be a poet? I guess like so many other people, I started writing poetry at a pretty young age, dabbling really and writing first drafts and thinking they were good and realizing ... I realize now they were awful. It was really when I got to college, and the doors of my imagination were just blown open by the teachers that gave me really high quality poetry. I could see turns of phrases and images and how a really good poem ... W.B. Yeats, that famous Irish poet, he said a good poem, you know it's a good poem if it ends with the click of a well-oiled lock, that sense of like something has slotted into place and suddenly the universe makes sense for a second. That kind of fizzles off into not making sense anymore. I love that poetry can do that for us. Tiny little stories is what they are.

Lori Walsh: You've been having fun putting these together.

Patrick Hicks: I have. It's been a blast. It's been an awful lot of fun, and I love that I get to bring poetry to the state week after week.

Lori Walsh: Alright. We thank you for it. We'll have you come back and talk a little bit about this process of South Dakota State Poet Laureate. We'll invite Jim Reese and Christine Stewart as well as we look at Lee Ann Roripaugh saying farewell and passing the baton to the next state poet laureate. Fascinating.

Lori Walsh: Patrick Hicks, thank you so much. 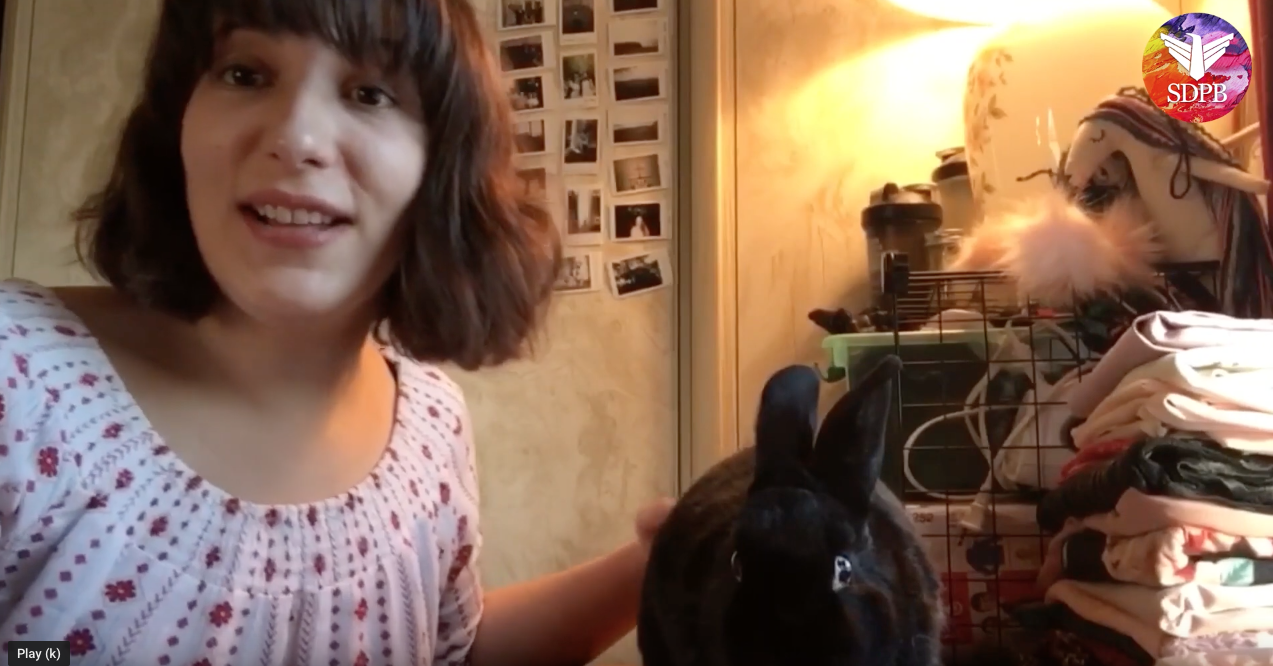 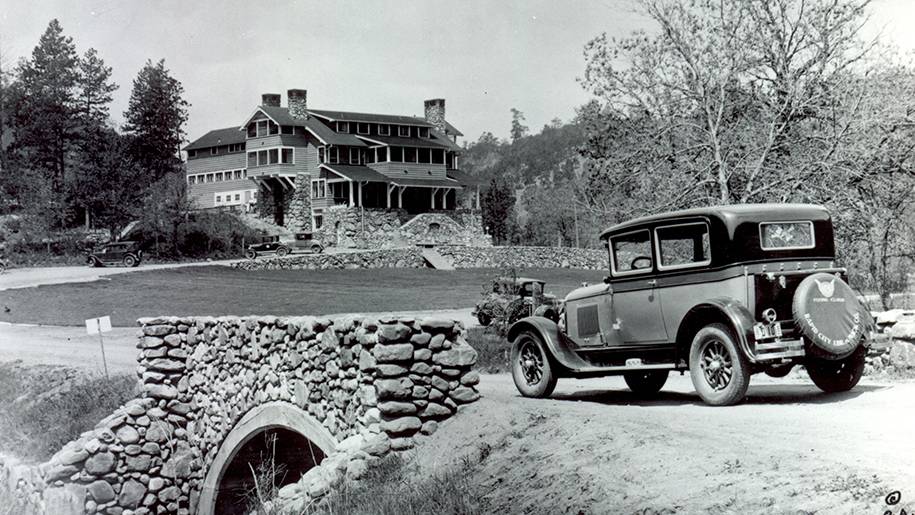