Driving west on US HWY 212 just past Clark, where the Northeastern South Dakota wetlands begin to give way to drier expanses of grassland, look North and you’ll see a matching fleet of orange ’76 Ford LTDs, parked in two tidy rows, like they’re waiting for a light to change.

You’re catching a driveby glimpse of Ken Bell’s Conversation Pieces, one of those abstract interjections you’ll discover any time you make tracks across the Northern Plains. The Parade, as Bell calls the LTD procession, is where it all started.

There are conflicting origin stories, but they tend to agree that the first car was parked on the prairie out of more utilitarian than artistic motives — Bell owned a body shop in town at the time. However it ended up there, that first Ford would spark something bigger than itself, something that still continues to evolve.

Like Conversation Pieces as a whole, The Parade, "is a work in progress," says Bell. He still adds another LTD to the line when he can, though “they’re getting a bit hard to find.”

The ongoing project will continue to grow says Bell. “We’ll come up with some other stuff this summer, to give people something to talk about.”

Asked what people in Clark think about it, Bell says, “I don’t know. I’ve never really asked them. Some people probably think it’s goofy, but we all have different ways to think about things.”

Past The Parade, a pit of twisted storm drain pipes appears to writhe.

In the distance, a hulking sculpture made of industrial oil storage tanks looms — a popular, if untypical perch for passing birds.

A small tower grows one wagon wheel at a time.

Other pieces are harder to make out, or may just be features of the landscape, like a pile of concrete that seems to have been piled with some intent, but maybe that’s just what happens to man-made materials in the context of Conversation Pieces. It’s a place along the highway on the Plains where human detritus has life. In a landscape strewn with weather-worn reminders of the past, the Conversation Piece plods slowly forward even as it fades. 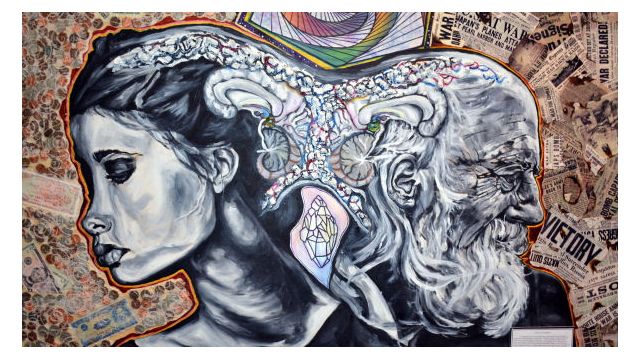 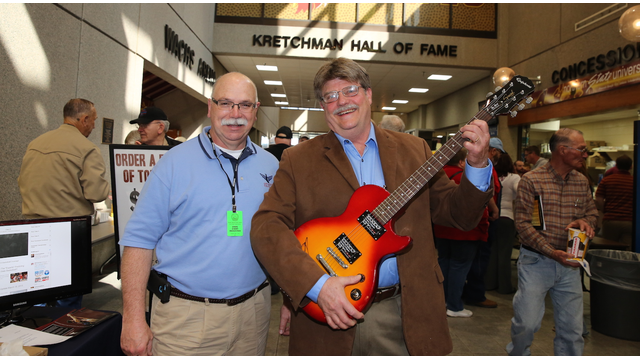