The Little Women essay I wrote as a 1990s college undergrad for Intro to Lit had a particular beef with Beth March. “Beth’s long-suffering self-abnegation, her tragic self-sacrifice, literally erases her from existence,” I pounded onto the keyboard of my thick Toshiba laptop. Alcott’s 1868 YA novel had recently been rendered canon-worthy after critic Nina Auerbach’s 1979 suggestion that the March’s female-centered world was not just “juvenile literature,” but a legitimately radical reflection of sisterhood. To this idea, my ears were deaf – likely drowned out by rock band The Breeders’ “Cannonball.” In my pre-motherhood early 20s, Beth’s selflessness grated.

Matt Nesmith has a less illiberal take on the sister who Alcott depicts “with a shy manner, a timid voice, and a peaceful expression.” Nesmith is Associate Professor of Theater at USD, where he also coordinates the BFA musical theatre program. Last fall, he directed the musical version of Little Women at USD. “You can make a strong argument that Beth is strongest of all,” says Nesmith. “It’s not that she wants to die, but she finds her validation through her own choice in how she is able to serve others in the short time she has. That’s why these women still draw us today. Meg, for example, isn’t weaker because she chooses domestic life. How she chooses is just as valid as Jo choosing to have a professional career as a writer.”

The theme of women who make choices sanding with and against the grain of societal expectations is one reason USD staged the production, according to Nesmith. “We wanted a family show that appealed to all age levels. But we also have a very strong female student body right now and I wanted to feature women.” Talkbacks – conversations with cast members and professors from Women’s Studies, English, and History – guided actors’ character crafting. “We look through a lot of lenses,” says Nesmith. “Actors have to have a clear worldview when they do a period piece like Little Women.We read and research, ‘What was the impact of the Civil War on Alcott when she was writing? What was the literature of the era?’ We also debate, ‘Is this a great novel? What are its merits as literature? As social commentary?’”

Such is the legacy of an enduring work, particularly one with an ensemble of female characters whose disparate destinies, for better and worse, invite judgment. “I think if Alcott was writing this book today,” says Nesmith, “with these issues – pay equity, gender equity, can a woman be a mother anda professional – but set in a contemporary world, we wouldn’t bat an eye in terms of saying these are things we’re dealing with now.”

USD’s production was a second run for Nesmith, who first staged Little Women at the University of New Hampshire 10 years ago. Since then, he’s become father to three, which he says provided context that strengthened his directorial insights the second time around. “My 11-year-old daughter loves the book, read it during the production process, came to rehearsals,” says Nesmith. “It was nice to share that experience with her. Parenting certainly changed my perception, of Marmee’s choices in particular. Her strength and sacrifice, but also power and pride in the choices she makes. Without question, Marmee wears the most hats, working for soldiers in the Civil War, raising her family; she’s an abolitionist. For our female actors researching the roles and wrapping their contemporary heads around the choices these women made, they could see there isn’t a weak woman in the show.”

Back when I was railing against Beth in the 1990s, I’m sheepish to admit I paid Marmee little heed. Watching director Gillian Anderson’s 1994 Little Women in my platform Mary Janes at the multiplex, I noticed Susan Sarandon amping up Marmee’s sense of social justice, but I mostly fixated on the miscasting of petulant Winona Ryder as fiery Jo March. Emily Watson, who I admired in 1990s films like Hilary and Jackie, and who recently turned 50, plays Marmee in the new Masterpiece version. Now closer to both Marmee and Ms. Watson through age and motherhood, I find myself drawn to Mrs. March. I marvel at Marmee’s solo wartime parenting, and skepticize her unflagging ebullience over service and matrimony in the face of my own fulltime work and childrearing.

As a teenager who, McCabe writes, “identified strongly with Laura, wishing I could take refuge in my own version of an open prairie with untamed horses and fewer restrictions,” McCabe travelled to DeSmet with her aunt and cousin in 1976. The book recalls a tense family conversation about Little Women at a DeSmet diner during their hot, dry Laura Ingalls Wilder tour. Thirteen-year-old McCabe feels competitive with her cousin, Jody – named after Jo March – after McCabe’s aunt suggests, dismissively, that her niece has not read Little Women.(McCabe had, but experienced “mixed feelings.”) It’s a Team Ingalls vs. Team Alcott skirmish straight from a period novel, and the scene hallmarks the ferocity with which readerly adolescents identify with our fictional heroines and heroes.

“I was the youngest,” says McCabe, “and my mother, aunts and cousin loved Little Women but I came to it later, so I felt like I could never own it like they did. They thought of it as a book about how to be a proper woman. They were very invested in gender expectations. I loved Jo – she was passionate about writing, always fighting against the limitations on girls and women. We all loved Little Women, but we loved it in different ways.”

Thirty-one years after her own youthful pilgrimage to Pa Ingall’s cottonwoods, McCabe retrod the journey with her teenage daughter Sophie, which she recounts in her book. Sophie is game, but not overly enthusiastic. “My daughter was a bit resistant when she was young to books like Little House and Little Women,although she loved the movies,” says McCabe. “I think she has mixed feelings from a whole different perspective as an Asian American. Now she’s in college and she’s actually embraced the stuff a lot more as she’s gotten older.”

While researching From Little Houses to Little Women, McCabe says she came to appreciate how Little Women “has been so influential for so many women historically. So many people say it’s their favorite book, but our takes on it are really different. You can even see Alcott’s influence on Laura Ingalls Wilder and others I wrote about.”

Like Nesmith, McCabe notes a timelessness to the text. “Looking through favorite children’s books, I really observed how contemporary these characters still seem,” says McCabe. “Jo, Laura Ingalls, Betsy in the Maud Hart Lovelace books, are astonishingly modern in so many ways.” McCabe is drawn to the theme of creativity that threads through childhood classics. “They’re about coming of age as a creative person in some sense of the word. Laura Ingalls Wilder books and Little Women, to me, are stories about the development of artistic impulses.”

Curious to revisit changes in my own Alcott Bildungsroman, I locate my 1990s Little Women essay in a battered box of old papers. I reread, withholding disdain for that spirited young writer who likely pulled a coffeehouse all-nighter to make her deadline. An “A-”, scrawled in red ink, can tell only part of the story, and, like Jo March and so many others, I remain thankful for “good, strong words that mean something.” 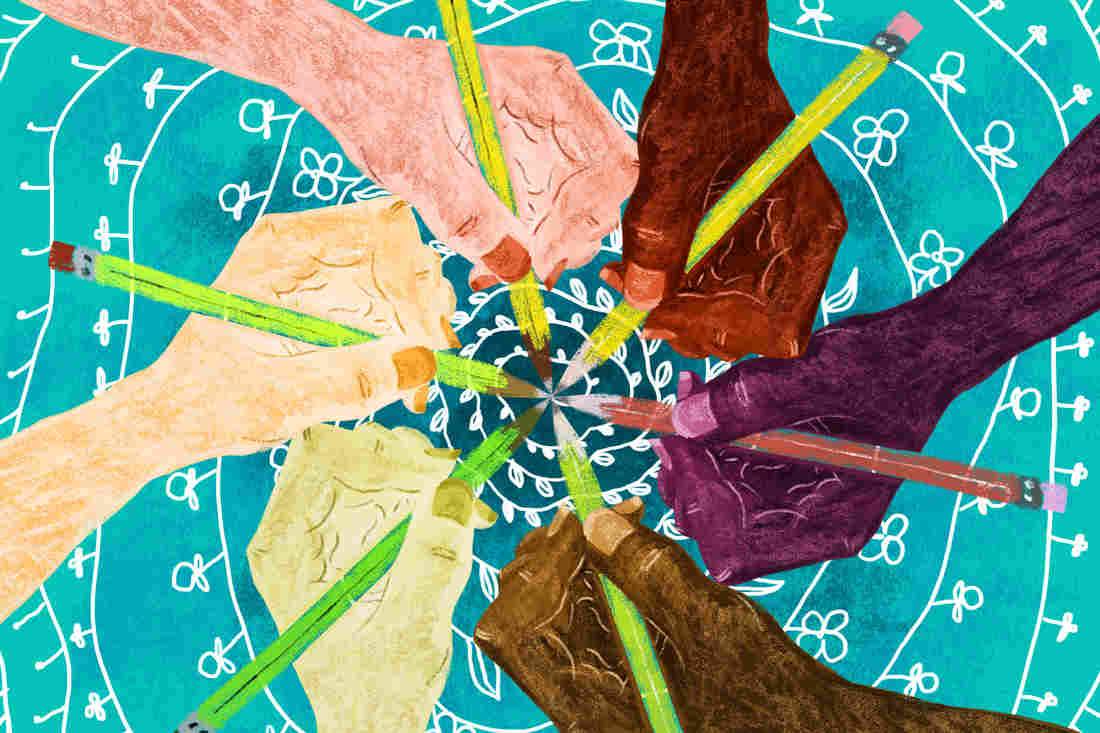 previous Post
Learn
Students Give Couplets A Try (And You Should Too!)
by laura dimock
•
next Post
On the Other Hand
Mr. Chairman, members of the commission, I'm here to introduce you to the back of my head
by kevin woster
•
next Post 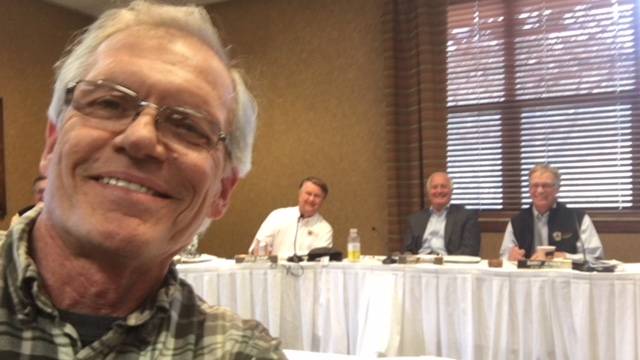