In 1959, the great Dakota artist Oscar Howe set out to depict the tragedy of the Wounded Knee massacre as only he could. He proceeded to create a powerful, disquieting masterpiece, one many at the time preferred to turn away from, if not decry.

The painting he created stands out not only for its brutality, but as something of an anomaly in the Howe oeuvre. While not reflexively averse to darker subject matter, Howe generally gravitated toward themes that celebrated his Dakota heritage. Yet, the agonized history of that day at Wounded Knee exerted an inexorable pull.

Edward Welch, in his essay “Oscar Howe’s Wounded Knee Massacre and the Politics & Popular Culture of an American Masterpiece” (Weber—The Contemporary West) describes the deeply personal nature of Howe’s interest in the tragedy. “Howe stated that his grandmother told him much of the history of the Sioux people and that ‘she herself had been in attacks by whites, [and that] she had a scar on her hand, where she had been shot through the hand by white soldiers.’”

Welch demonstrates how, compositionally, Howe was influenced by three historic painterly studies in the subject of the firing squad — Francisco Goya’s The Third of May, 1808, (1814) Édouard Manet’s Execution of Emperor Maximilian (1868-69), and Pablo Picasso's Masscre in Korea (1951).

Howe’s use of a hellish “pit” in the painting, Welch notes, “suggests that the artist studied George Trager’s photograph of the mass burial at Wounded Knee a few days following the attack. The morose image, taken a few days after the mass execution by the United States Army, depicts a pile of dead bodies stacked in a makeshift grave with armed members of the Army looking on.”

From these artistic and photographic influences, perhaps compelled by the weight history and his own grandmother’s stories exerted on his own soul, Howe forged a brutal tour de force as hard to contemplate as to look away from.

Wounded Knee Massacre received a chilly initial response when it was reproduced in two newspapers — the Mitchell Daily Republic and the Minneapolis Tribune — in February of 1960, soon after its completion. Will G. Robinson, at the time Director of the South Dakota State Historical Society, wrote a scathing rebuke to the Mitchell Daily Republic, echoing the narrative at the time that “there is not one iota of evidence to sustain the belief that there was any ordered or organized brutality” at Wounded Knee, suggesting that Howe “should use his talents to depict and not distort the truth.”

Howe never responded publicly to Robinson’s criticism, though the painting did soon receive a brief, if strange, glimpse of the national spotlight. Howe was invited to appear on the reality/documentary television series, “This Is Your Life.” During the live taping, he was surprised with a close-up shot of Massacre at Wounded Knee and asked to explain the already-controversial painting. Host Ralph Edwards interrupted before Howe could elaborate on his masterpiece, interjecting with a specious claim that several other guests on the show were actually Wounded Knee survivors.

And so, after a brief, controversial reception, and what must have been a bizarre experience on a show that Time described then as “the most sickeningly sentimental show on the air,” the masterpiece was whisked away, and has rarely been seen since. It now resides at the Eisenhower Presidential Library, Museum and Boyhood Home in Abilene, Kansas.

“Since it has been at the Presidential Museum,” says Supervisory Curator William D. Snyder, “it has been exhibited on rotation in the ‘Presidential Gifts’ display area as well as incorporated into a couple of specific temporary exhibits, most notably the 1973 exhibit, ‘The Many Faces of the West,' from which it had to be removed because of the flurry of complaints received from visitors due to its extremely graphic nature.”

As a work in a light-sensitive medium — gouache on paper — permanent display would likely cause the painting to fade.

Still, there’s a sense that this master work has never received a proper hearing — a chance to be seen and contemplated by eyes and minds more receptive to inconvenient historic truths. Welch recalled in his essay that, “There was no celebration, no discussion, no memory, of Oscar Howe’s iconic painting as part of its fiftieth anniversary." Maybe now, as we mark the centennial of the great artist’s birth, somewhere someone will figure out a way to give Howe’s master work the hearing it has long deserved.

This Summer at the Journey Museum, Oscar Howe: A Centennial Celebration 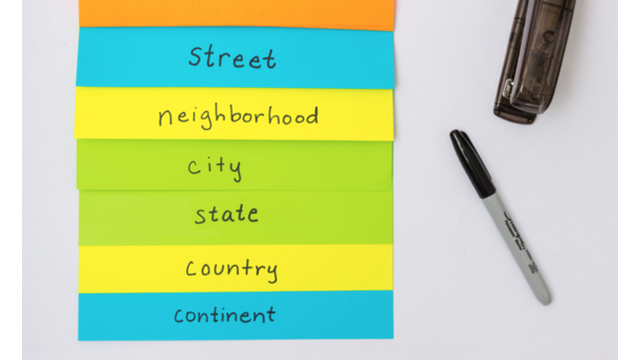