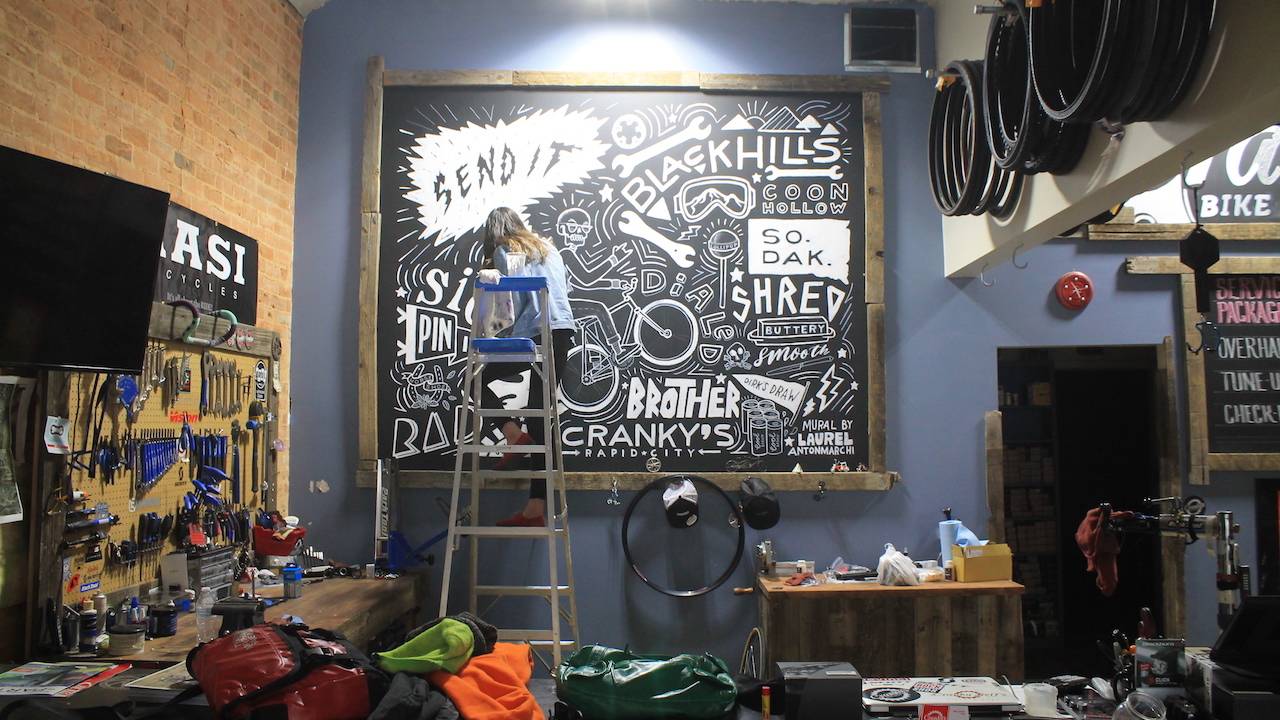 A few local artists are etching their mark on the Rapid City art scene — in chalk.

Chalk art is an integral part of the mise en scène of today's American metropolis. At least in certain neighborhoods, chalkboards are one of the many types of space where the interests of local businesses and local artists converge — where artists take something fairly mundane, like the price of a cup of coffee, and make it into something beautiful.

For some residents of Minneapolis or Denver, chalk art may begin to fade — among the crush of symbols — into visual ambience. Not so much in Rapid City where the medium still feels new.

Rapid City native Christie Harris does chalk gigs for local businesses — like Klinkeltown and Essence of Coffee — when she's not working as the studio manager at community arts workshop and studio Canvas 2 Paint.

She free hands her drawings with a pencil outline, then emboldens them with chalk. She enjoys creating something unique to a particular place. "It's a completely custom — to that business — piece of art," says Harris. You could order some kind of vinyl sticker or something, but it's not handmade. You don't see those little quirks."

Laurel Antonmarchi is a freelance graphic designer. Chalk art is part of her toolkit for making it as an artist. SDPB recently caught up with her as she was touching up, and making permanent, a chalk mural at Cranky's Bike Shop. A native of Armor South Dakota who studied art at Black Hills State, Antonmarchi has also hosted a chalk art workshop for kids in Main Street Square.

"I like chalk because I can get my hands dirty with it," says Antonmarchi, "It really gives a human element to the atmosphere."

The quirkiness can be refreshing in a town dominated — outside downtown — by the familiar iconography of big box stores and chain restaurants. Chalk art's origins can be traced back to the madonnari of 16th century Italy — artists-for-hire who often paid tribute to a famous personage in Christian circles. Sacred motifs are steadily losing ground to the gods of commerce. Today's apple is symbolic only of Applebee's. But chalk artists still manage to inject a little humanity into our transactional day-to-day.

"I love all the little imperfections," says Antonmarchi. "It shows that a real person made it." 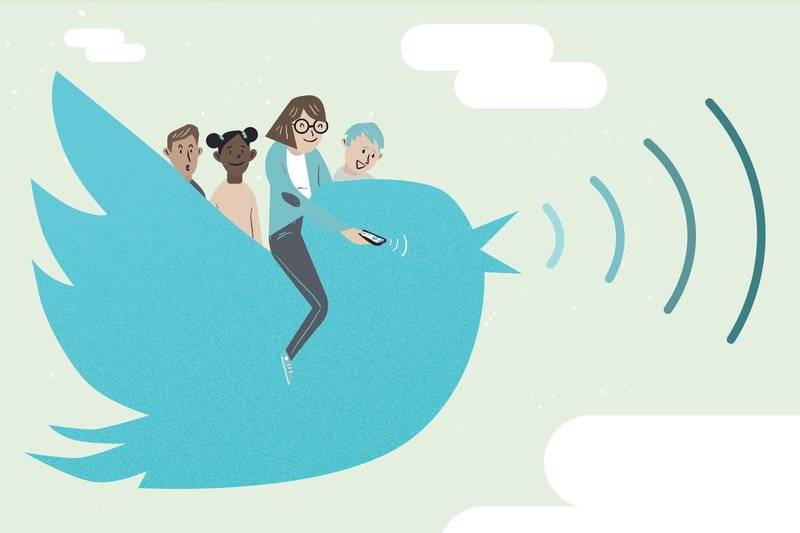 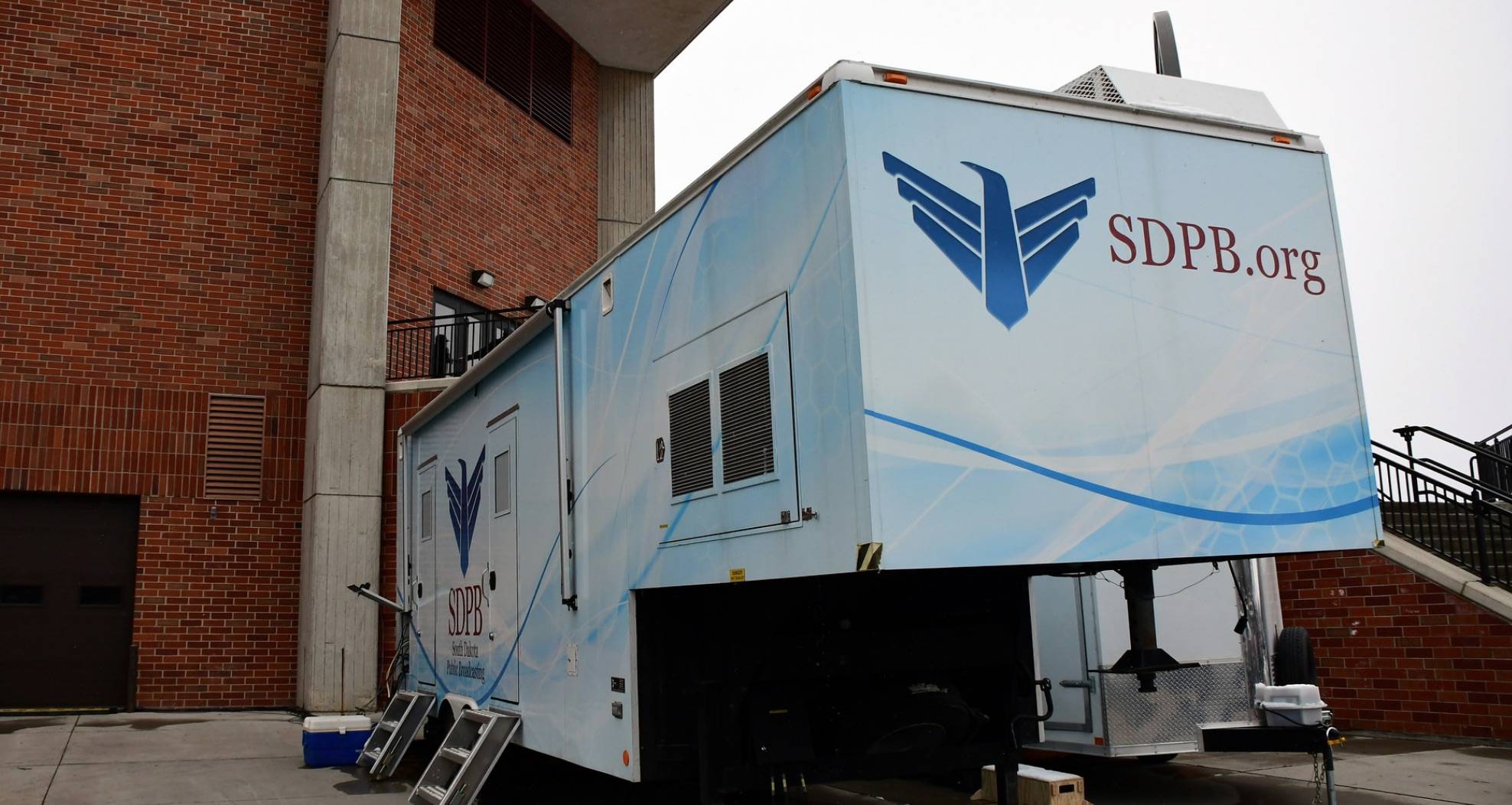