Reading of the Names: A Perspective

March 30, 1969 - Palm Sunday - a light green car with US Army emblazoned on the side pulled up to 120 West Union St. in Manchester, Iowa. Don and Millie Potter had just returned home from church and were preparing for lunch when the doorbell rang. Standing at the door was an Army officer and an Army chaplain. They were holding an envelope which contained some of the worst news parents would ever hear - their son, Warrant Officer William Don Potter, had been shot down in combat and was declared missing in action.

In a small town like Manchester it took little time for the news to travel. Still, Don and Millie had to place phone calls to Jim Potter and Nancy Potter Miller, their other children, and let them know that their youngest sibling was missing and presumed dead. After discussion it was decided that Jim and his family in Des Moines, and Nancy and her family in Le Mars, would remain at home until more definitive news was received.

For 24 hours, time stopped for the Potter family while the world continued to work and play, love and make war, laugh and cry. Early afternoon the next day the families’ worst fears were realized. Bill Potter was officially declared KIA – Killed In Action.

Similar news was being shared in Essex Fells, New Jersey…in Villa Rica, Georgia…in Wilton, Maine…and in Berkeley, California. Those were the homes of the others killed in action on the helicopter that day - 1st Lt. William Brent Bell, WO1 Bard Davenport, Sgt. Allan Gerald Harper, and Spc5 John B. Waller.

Bill Potter is not just a name engraved on a piece of black marble in Washington DC. To me he is Uncle Bill – my mom’s younger brother. I was 2 months shy of my 6th birthday, and as hard as it would be for me to understand…as hard as it still is to understand…I would never see my Uncle Bill again. It goes without saying that these were difficult times for the family. Family and friends gathered for the services, people attempted to find words that would offer comfort, the family dealt with the presentation of medals and receiving Bill’s personal effects and administering his life insurance policies and all those things that happen when someone dies.

And we all, in our own private ways, attempted to store away for eternity the memories of Bill that might sustain us as we grew up and grew old.

After peace negotiations were concluded years later Secretary of State Henry Kissinger told us that it was “time to heal the wounds and put Vietnam behind us.” There were many of us who couldn’t. We still mourned our loss, though the nation wanted to move on.

Bill Potter was born in November of 1944. His father was a coach, educator and later superintendent of schools. His mother was a teacher, den mother for Cub scouts and Boy Scouts, and made the best apple salad east of the Wapsipinicon River.

An athlete, Bill ran track, played football, and was on the varsity basketball team. He was a popular student and good friend to many. Yet, when he graduated high school the year I was born he became restless. His attendance at the University of New Mexico was short-lived and resulted in a return to Iowa to attend Ellsworth Junior College. He worked for a local funeral home, helped at a car dealership, and was an assistant football coach. Later he got a job at KWWL TV in Waterloo and worked as a director for newscasts, the local Romper Room show and other local shows. But that wasn't satisfying.

Bill spent his time away from work at the airport in Cedar Rapids. He dreamed of flying. He was able to satisfy his daredevil spirit and need for speed with his 1966 Shelby GT350. “It scared the bejeezus out of me,” my grandpa Don once told me. But that wasn't enough. One day someone told Bill that if he really wanted to learn to fly he could do so - and Uncle Sam would pay the bill. That was all Bill needed to hear.

After boot camp at Fort Polk and flight school at Fort Wolters and Fort Rucker, Bill earned his Warrant Officer status and his wings. In one month he would ship off to Vietnam. A month after that he was dead.

In 2000, three years after Grandpa Don was laid to rest next to Bill, my mother and grandmother presented a scrapbook to my brother, sisters, cousins and me. “The Life of Bill Potter” told us in stories, letters from his contemporaries, and photos, the story of a life. Mind you, we had never stopped talking about Bill. His portrait hung in the living room and pieces of his life were lovingly stored and retrieved when us kids were curious. Speaking of the dead was not taboo.

However, increasing age and progressive blindness were combining to remind my parents and grandmother that time was a limited commodity, which spurred the action which resulted in our scrapbook.

This scrapbook would serve as impetus for me to begin researching details about my uncle’s service in Vietnam. I knew he was a helicopter pilot, and flew for the air cav - a dangerous assignment in a war of dangerous assignments. Beyond that I knew little.

Through information obtained online and via an organization that works to connect the family members to Vietnam Helicopter Flight Crew members I was put in contact with men who my uncle went to flight school with, and served with in Vietnam. From these men, I was able to learn more about my uncle and what kind of man he was. I also learned what kind of men he served with. These veterans, who lost their flight school pal, their bunk mate, their friend, were - and continue to be - willing to share stories and memories, despite the fact that to many of them my uncle’s death was the worst thing that happened to them in Vietnam. They had his back then, and they have it now.

Fast forward another dozen and a half years and I found myself on a journey to participate in the “Reading of the Names,” that took place the week of Veterans Day at the Vietnam Veterans Memorial. The event was held as part of a series of event commemorating the 35th anniversary of The Wall. After a summer of arranging and hosting screenings of the Ken Burns/Lynn Novick film The Vietnam War, and months of coordinating the exhibition of The Wall That Heals, I was among the 1,900+ volunteers whose name was chosen to read a list of names engraved in the black granite of The Wall. The list that I was assigned included the name William Don Potter.

Julie Kink is the younger sister of a soldier who also served in the same unit as my uncle and who was killed in action a few months after Bill. She has been a guiding spirit and mentor through my years of research and discovery. Julie is very involved in the Vietnam Helicopter Pilots Association – organizing an annual Gold Star Family event – and the Vietnam Helicopter Flight Crew Network in their Family Contacts Committee. Julie also was chosen to read names at this event. As she once said in a speech at The Wall, events like this do not bring us “closure,” but they do bring us “closer.”

It has been an honor to participate in this solemn event. And it is my hope with every handshake offered a Vietnam vet, every “welcome home” uttered, and every throat-choking conversation I’ve participated in, that we can bring those who didn’t have the opportunity to come home a little closer, as well as pay tribute to those who came home and continue to hold their Vietnam brothers in their hearts. 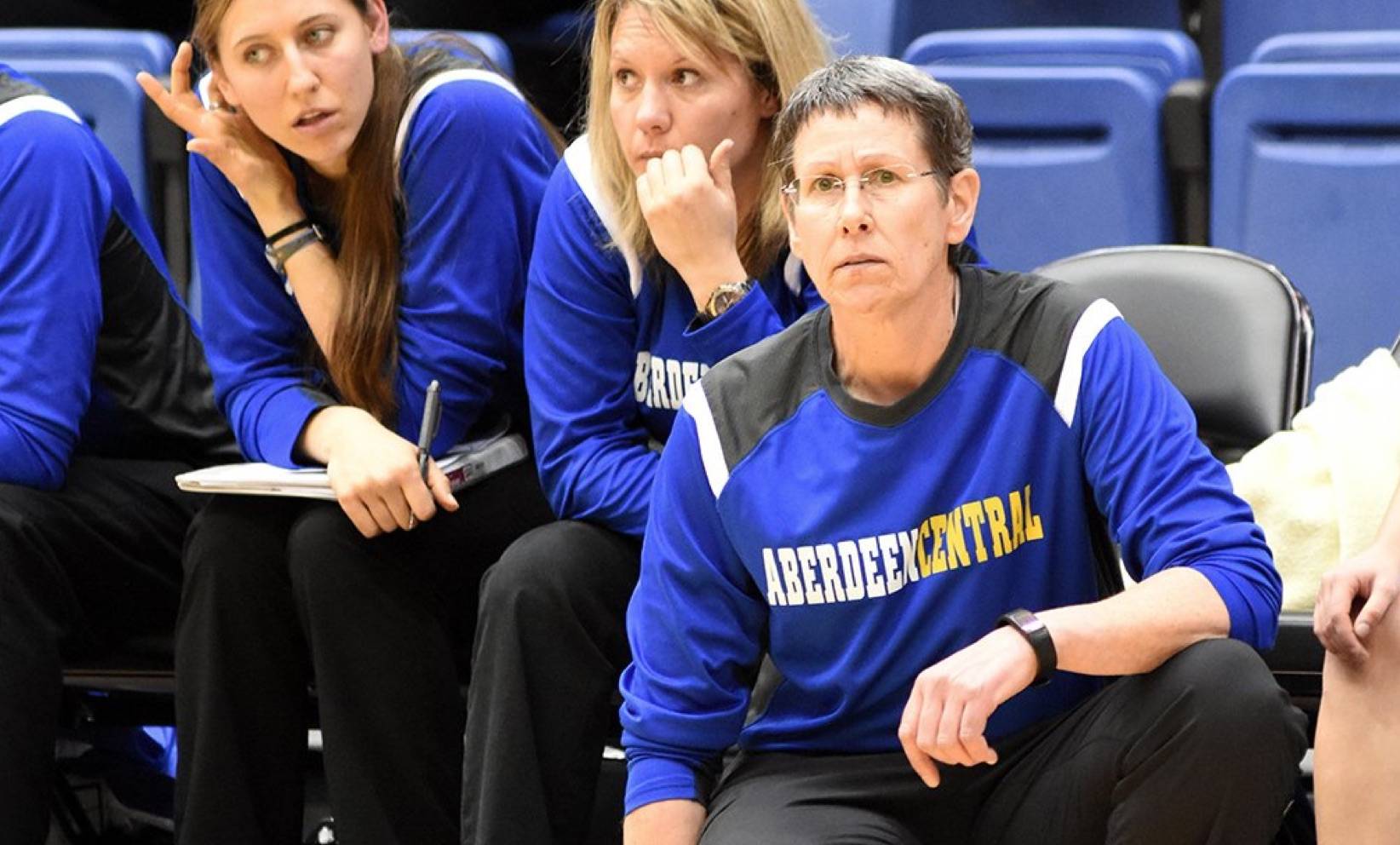 previous Post
Sports and Recreation
"It's an honor": Dawn Seiler Chosen To Head Coach McDonald's All-American Team
by nate wek
•
next Post
Images of the Past
Seth Bullock's Cowboy Brigade
by brian gevik
•
next Post 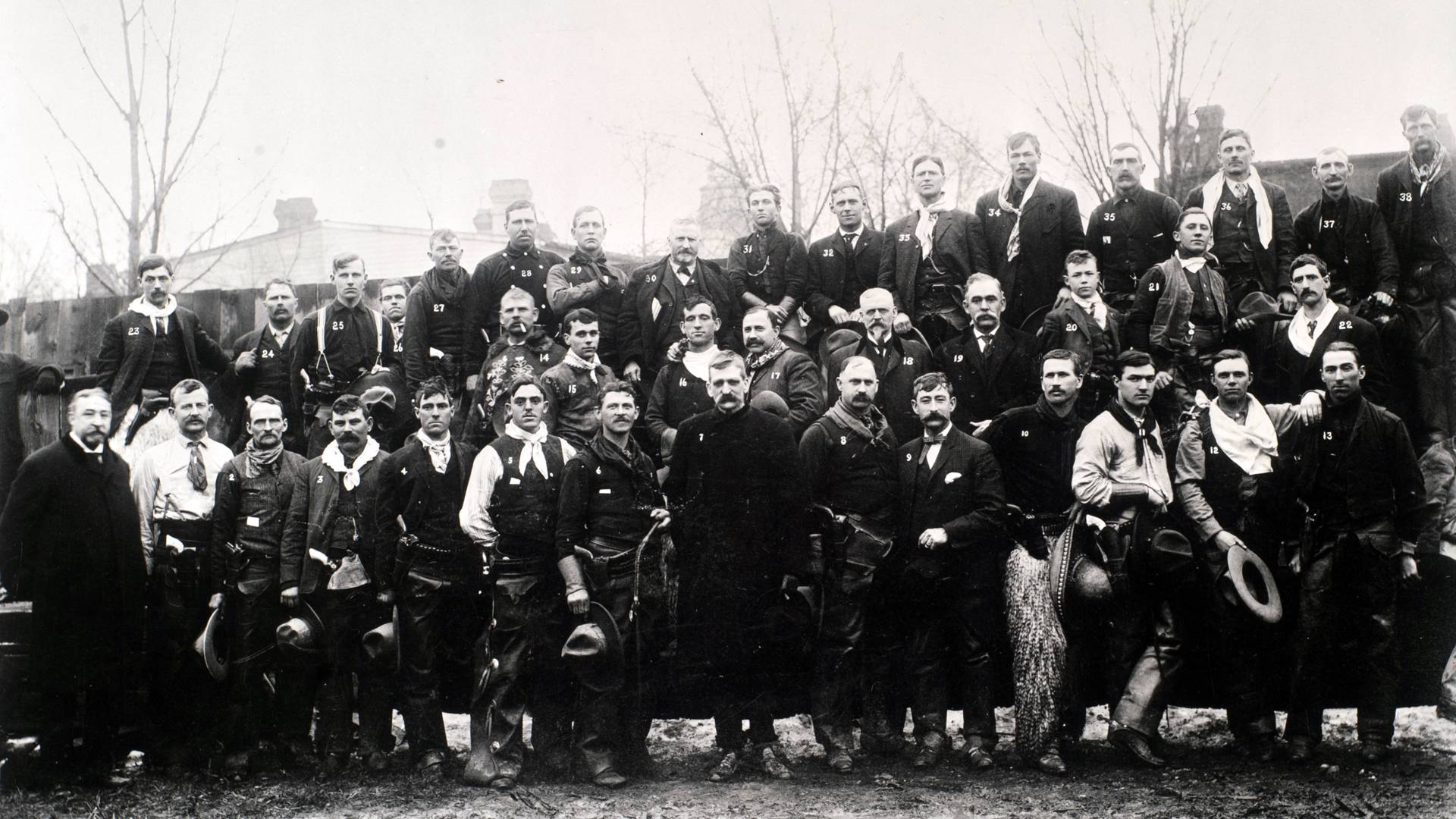