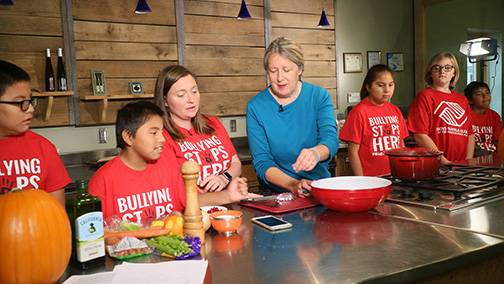 If plotting our plots helps pass the days until last frost, so too does the newest episode of Savor Dakota, SDPB’s locavore guide to South Dakota-grown food producers.

This month, Savor Dakota shines its growing lights on salads. Derived from the Latin “sal” for “salt,” from the pre-refrigeration era when vegetables were preserved, salad crosses cultures and takes infinite forms. A meal’s precursor or an entrée unto itself, South Dakota variations veer from iceberg scraps waylaid in a tsunami of ranch, to canned fruit and marshmallows clung rapturously in church-basement ambrosia, to the savory ensemble of couscous, avocado and arugula of a Thai Salmon Power Lunch at Vermillion’s Red Steakhouse.

While many towns in South Dakota purport to be the state’s “Pheasant Capital,” Laura Ptacek of Aberdeen’s Convention and Visitor’s Bureau insists the Hub City is the one and only. Considering Aberdeen’s illustrious pheasant history, the title may be deserved. “We used to serve pheasant sandwiches to the troops during World War II, out the back door at the train depot,” says Ptacek. Today, hunters flying into Aberdeen Regional Airport on South Dakota’s opening weekend of pheasant hunting season are treated to pheasant salad sandwiches and hot coffee when they touch down on the tarmac. “We actually have the ladies from the World War II Pheasant Canteen help out every year,” says Ptacek. “They were daughters and granddaughters during that time. We keep that tradition alive by honoring what they did and serving pheasant sandwiches.”

The pheasant salad recipe used to fill the sandwiches also dates back to the World War II era. “Back then, they had to use what was plentiful,” says Ptacek. “Pheasants were definitely top of the list. And then things that were rationed: eggs, butter, salad dressings, carrots, celery and onions. That’s all they had to provide. It’s a very well-known recipe.” Hank Shaw, a former chef who is now a full-time forager and writer, includes the recipe in his new book, Pheasant, Quail, Cottontail: Upland Birds and Small Game from Field to Feast. Today, area residents clean out their freezers to supply pheasant for the welcoming. Both slices of bread are buttered to help secure the fixings. “The pheasant salad is actually very well-received,” says Ptacek. “Hunters comment every year that when they fly in they look forward to that pheasant sandwich waiting for them at the airport. We’re giving them a taste of what they had back when, but with a different clientele. They had the troops, we have the hunters. We welcome them home.”

Let Us Celebrate in Rapid City

Mary Trykoski used to work 16-hour days in Washington D.C. Looking to fill her time after retiring in Rapid City, Trykoski followed up on an ad for Master Gardening training. “I had to do something, so I thought, ‘I like to grow things,’” says Trykoski. “I took the training for eight weeks and became certified after 50 hours of community service.” Now she’s president of the Pennington County Master Gardeners, whose members train with SDSU professors to gain certification. The group conducts community outreach at the Farmer’s Market and through “Gardening in the Black Hills” classes to offer best gardening practices in West River’s higher elevations.

For those with the least green of thumbs, Trykoski offers sage advice on the ease of propagating lettuce. “It’s like growing grass,” says Trykoski. “There’s no big science to growing lettuce. Some people make a big deal out if it, but really, put the seeds down, sprinkle it with a little bit of soil, spray it every other day and keep it moist until it starts coming up.”

Trykoski grows lettuce from April through November and prefers bib varieties. “They are nice and juicy and the leaves are kind of firm.” She adds homegrown sage, oregano, dill or thyme. “They add just a little bit of flavor. If I want something really heavy, I throw in walnuts or croutons.” She suggests not planting in full sun. “Lettuce grows better in a semi-shade condition because we get really hot weather in July and August and it will wilt during the day. Semi-arid and eastern gardens are really great for lettuce.”

What’s for lunch at Wagner Community School? How about homegrown cucumbers, fresh tilapia and local bananas? Thanks to an aquaponics system, a year-round geodesic dome greenhouse, and the passionate support of teachers, staff and students, Wagner Community School has incorporated food production into both its school lunch menu and curriculum. Known as “the Growing Dome,” the greenhouse was built by Wagner middle school students in the Job’s for America’s Graduates (JAG) program. The kids were assisted by Greg Fripp, founder of Omaha’s Whispering Roots, an organization that builds contained, soilless growing systems and promotes science, technology, engineering and math (STEM) education via food science and production. “We use the produce in the lunch line, and in our cooking classes we learn how to make salsa, potato salad, stir fry – all from the vegetables the kids grew and picked themselves,” says Carrie Tucek, who is both the high school science teacher and coordinator for the PreK-12 Outdoor Science program. “What we want to do is get kids excited about eating healthy and growing vegetables at a very early age.” Fittingly, preschoolers tend the young tilapia fry in the nursery. “Then we take it higher as they get older,” says Tucek. Using a multi-tank system, fish are moved along until they spawn and the circle of life continues. “Our middle school principal Steve Petry has an amazing fish batter, so the kids put on a fish fry with raw vegetables from our garden at our school board meeting so they could see the fruits of our labor.”

In addition to learning science and nutrition, students tackle the real-life problems of producers. A less-than-robust carrot crop has the kids testing pH levels and jockeying drainage systems. An added bonus of the year-round program, helped along by a committed school board who approved a full-time coordinator, is its ability to help offset the lamentable “summer slide.” Over the summer, over 170 kids participate in an experiential learning program that has them digging in the dirt and field tripping to the nearby Missouri River. “We see test scores in the fall and spring increase,” says Tucek. “It’s not just about math and science, but these fun enrichment activities help close the achievement gap. The kids feel positive about themselves and they learn lifelong skills.”

Future plans include an orchard, integrating a butterfly dome, and adding more classroom systems in the elementary program. “I can’t believe how energized these kids get by working with our outdoor science program,” says Tucek. “We want to share this with other schools and we invite any school to come and visit us, even on the weekend! Go to
wagner.k12.sd.us or text me on my personal phone at 605-999-2391.”

Emmer wheat, known also as farro or hulled wheat, is wheat’s ancient ancestor. Low in gluten and high in protein, emmer was first domesticated in the Fertile Crescent and, with other B.C. cereal crops, is enjoying a resurgence in contemporary cuisine.

Students from Wagner visit Sioux Falls’ Museum of Visual Materials for a cooking demonstration using emmer wheat. The grain salad incorporates the students’ homegrown roasted pumpkins, parsley and pomegranate seeds, as well as their youthful enjoyment for cooking and discovery.

SDPB.org/SavorDakota for recipes and extended interviews. 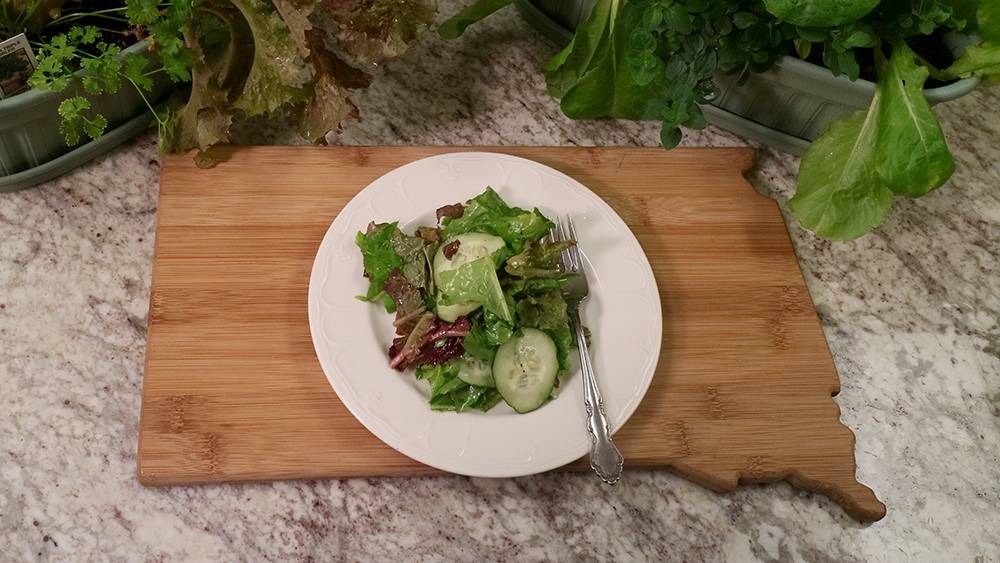 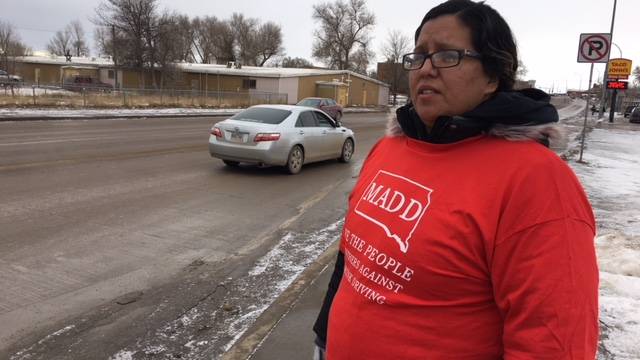