South Dakota's long winters and high snowfall are a simple fact of life for those who choose to abide on the plains. And while each winter typically brings several storms, there are some winter storms that people never forget. The January blizzard of 1949 and the March blizzard of 1966 are two such events.

The winter of 1948-1949 started off as fairly uneventful. Through November and December, South Dakotans saw normal temperatures and precipitation. It was not until after the first of the year that disaster struck. The morning of the blizzard was calm on the western side of South Dakota. A paper from the South Dakota Historical Society (read here) quotes teacher Arsène Martin with "The sun rose colorfully on the morning of January 2." he recalled later, "but the air had a peculiar quality that made me restive and anxious to go and get back as soon as possible. A cloud bank over the Black Hills loomed ominously." That cloud bank was the first sign of a weather system that would cause suffering and loss of life in the days to come.

By the afternoon, many roads in western South Dakota were snow-covered and difficult to travel. Many drivers chose to wait out the storm in homes and businesses they came upon along their routes. One home housed 32 stranded travelers, another over 70. In Wall alone, over 400 people stopped to wait out the weather conditions, not realizing they would ultimately be stuck for several days. The storm's snow and wind intensified from Sunday into Monday and most travel West River came to a complete halt. As the storm roared on, it dumped up to 20 inches of snow, which when combined with winds that clocked over 70 miles per hour, created drifts 20-30 feet in height.

When the wind finally stopped on January 4, digging out of the blizzard proved to be a formidable task. Almost every rail line in western South Dakota was blocked, this at a time when rail service was an integral part of basic supply for small South Dakota towns. Rail crews worked around the clock to free the lines so supplies and people could get to their destinations.

The Milwaukee Line west of Chamberlain was particularly hard hit. The SDHS article contains this quote from the January 27 issue of the Hot Springs Star: "Trainmaster Robert J, Dimmitt took over, supervising a hundred-man crew, Each man worked eight hours and rested eight hours in round-the-clock shifts. Some drifts towered above the reach of the steam engines' rotary-plow blades and had to be manually cut down before the plows could advance,^'' The task took about three weeks, and living conditions were harsh. '"We had our own bunk cars and eating cars with us, and we bought food along the way. We were well supplied but we couldn't get fresh eggs or milk,"' Dimmitt recounted. '"The men had trouble keeping warm. They slept when and where they could,'"^" The lives of track workers in other areas were difficult as well. The rural correspondent for the Hot Springs Star described the section men working near Oral as "blocks of ice, staying out all day scooping the snow from the rails where the plows could not reach, eating cold lunches with hands so cold they cannot feel anything."

Ranchers took to the air to locate lost cattle. Livestock losses of up to 10% were reported with many cattle dying when they attempted to shelter in normally protected places---huge drifts built up and suffocated them where they lay. Cattle were also cut off from feed, prompted South Dakota's US Representative Francis Case to arrange for the United States Air Force out of Rapid City to drop hay on endangered animals in South Dakota and Nebraska. The project was called "Operation Haylift" and saw the USAF, the Farmer's Home Administration (FHA) and the Pennington County Extension working together to coordinate with ranchers. A system of signals was developed so the C-47 pilots knew how much hay to drop at each location. The ranchers drew large "fox-and-geese" symbols in the snow. A circle with an additional spoke meant they needed feed for over one hundred cattle. The SDHS article reveals how difficult this operation was in practice:

"R. F. Mauser of the FHA worked aboard a flight that carried one and a half tons of hay and twelve hundred pounds of cube feed. The C-47's cargo door had been removed, and the men who were to eject the hay were tethered to the aircraft s interior. 'We loosened about four bales at a time and shoved them in front of the door,' Mauser recounted. 'The door was just large enough to let one bale out at a time, and we didn't dare stack them for fear that one might hit the tail.' He compared the operation to dropping paratroops into a battle zone. When the plane passed over the target at about two hundred feet, 'a green light would go on next to the door, then we would start heaving the bales until a red light indicated the target was passed. Then the pilot would again gain altitude, make a big circle, and make the run again.' Traveling at an airspeed of one hundred fifty miles per hour, the plane passed the target area quickly and had to make some ten passes to drop all the hay."

C-47 aircraft were also called into drop food for people stranded in some of the most remote sections of South Dakota, including the Pine Ridge Reservation. Residents wrote on the snow to help guide aircraft to the drops. One drop near Martin contained 3 cases of evaporated milk and one ton of flour in bags to see the area population through until roads and railways were opened to them. Coal and fuel oil supplies were also strained, causing many towns to ration. The Pine Ridge Hospital nearly lost the ability to heat the building, even while straining under a heavy load of patients with respiratory and gastrointestinal illness.

The remainder of the month of January saw more snow and more wind, filling back in the cuts that had been plowed out and causing rural communities to remain virtually isolated from the outside world. Schools were held to very few days open, with one teacher sending her one-room school home on January 2 and being unable to resume classes for a full 45 days. Mail and newspapers became sporadic and the radio became a lifeline for many. By the end of the month, South Dakota would have surpassed it's average January snowfall by 3.5 times.

In 2017, Wyoming PBS created this documentary chronicling the 1949 Blizzard:

Many in South Dakota jokingly say that if it's basketball tournament season, that means a blizzard must be right around the corner. The massive snowstorm that hit South Dakota in early March of 1966 struck as regional basketball tournaments were taking place across the state, leaving travelers miles from home in what is remembered as one of the worst blizzards in recent memory.

The storm began on March 2, as a strong low pressure system from Colorado moved into the region. The system began on day where South Dakota was seeing spring-like conditions and fairly mild temperatures, with many areas reporting freezing drizzle in the afternoon But the precipitation quickly changed over to snow, followed by wind, and instantly creating blizzard conditions. By the following morning (March 3), many areas already had a full foot on the ground with more coming down. The winds increased as the day went on, eventually reaching 60-70 miles per hour and creating drifts of 20-30 feet. Travelers were stranded throughout South Dakota, some lucky enough to make it to a town with hotels while others sheltered in the first farmhouse they came across as shared in this South Dakota Magazine article.

Blizzard conditions persisted into March 4, with some areas of West River having nonstop white-out conditions for nearly 48 hours straight. The storm dumped up to three feet of snow across the state, with Bowdle reporting the highest total at 39 inches. The temperatures had dropped from the mid-thirties at the beginning of the storm to single digits, intensifying the danger. Overall, 6 people in South Dakota would die as a direct result of the storm, the highest total for the region.

As with the 1949 blizzard, livestock losses to farmers and ranchers were catastrophic. A report written by Rapid City Weather Bureau Meteorologist-in-Charge (MIC) Fred McNally December 10, 1968, described the storm as one of the most deadly for livestock in the history of western South Dakota with estimates of 40,000 to 60,000 animals killed. Not only did animals die from starvation and exposure, the heavy snow loads on roofs collapsed barn and crushed animals inside. Many farmers and ranchers were unable to reach their stock for up to a week due to the tightly packed drifts blocking all avenues.

An account printed in the Aberdeen American News paints the bleak picture: "A cold and gray-white loneliness was the world of the South Dakota prairieland seen from a small plane three days after the blizzard…loneliness was seen in a small group of survivors, cattle clutching to their life raft that was a semi-protected hollow, waiting for food that might not come. Far off, a lone tractor was seen slowly battling the deep snow along a fence line, almost a mile from the waiting cattle."

Ultimately, the March 1966 storm was recorded as one of the most severe storms to ever hit the Upper Midwest. Measurements of sustained wind speed, wind gusts, snowfall, ice, and visibility all were amongst the strongest and largest on record. Statewide as estimated 100,000 cattle and sheep were lost, valued at over $20 million. Thousands were without power for days and many rural homes could not be reached for even longer, imperiling those with health conditions. It was not until mid-March that lives returned to normal.

The endurance to make it through severe winter weather is an integral part of the constitution of the average South Dakotan. And while weather forecasting and communication tools have made it easier than ever to know what is coming, there is little citizens can do but wait when a snowstorm arrives. Keep safe, stay warm and carry on!

Want to know more? Check out these online resources:

Blizzard of 1949 from Wyoming History 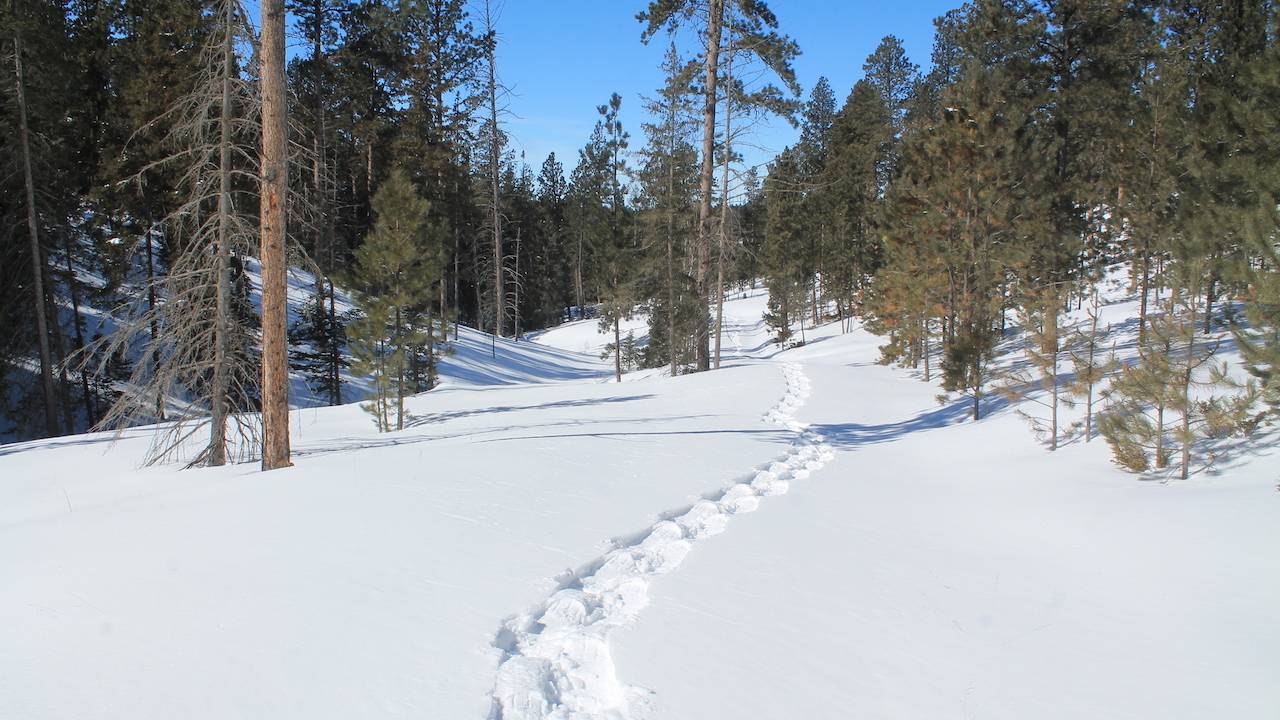 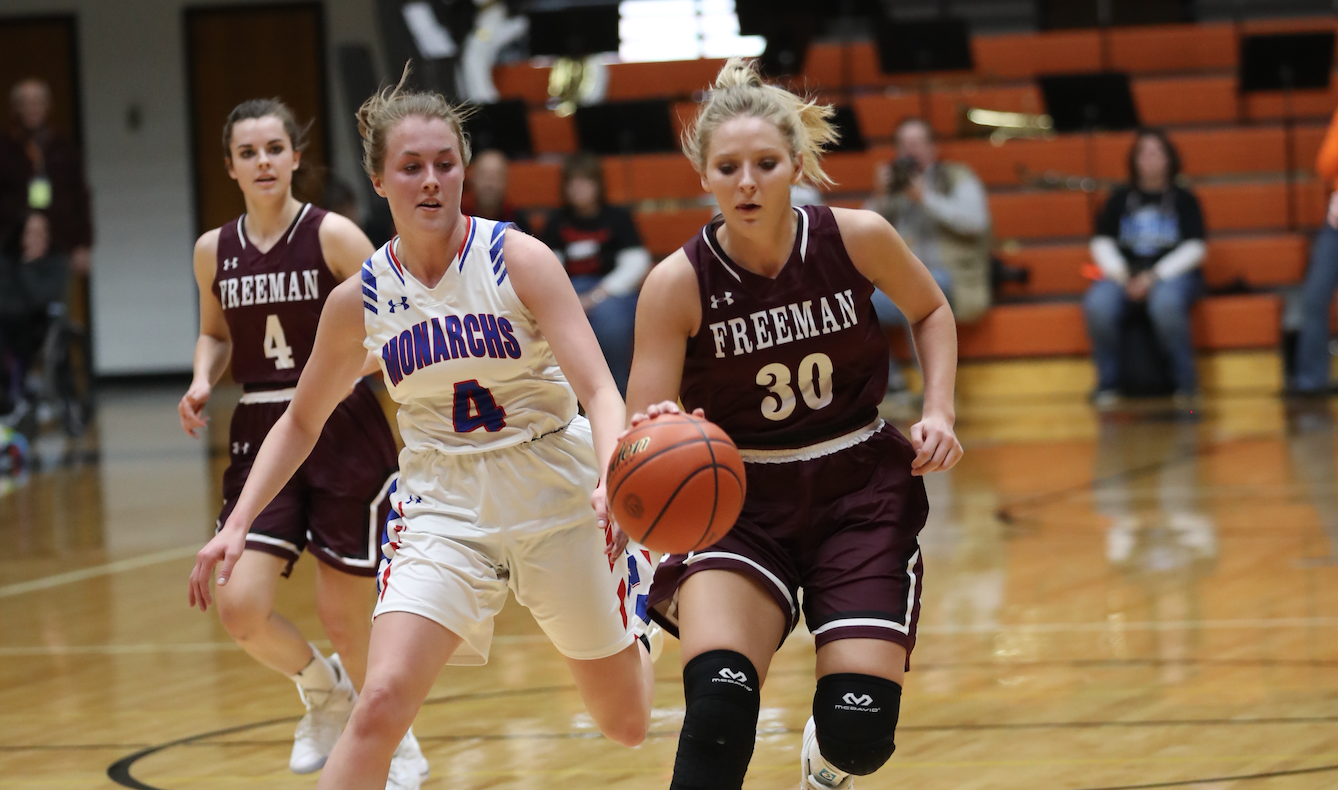