Landmarks: What are Those Mysterious Ruins off the I-90 West of Oacoma? 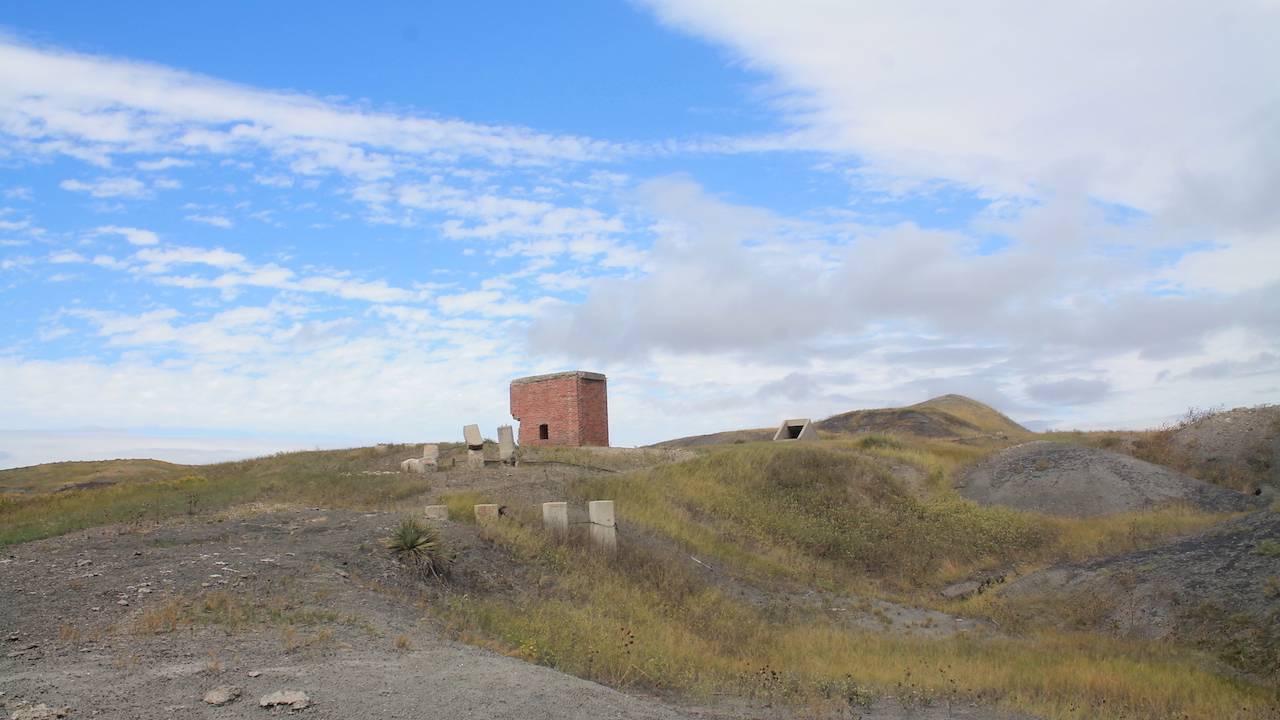 Frequent cross-state travelers may sometimes wonder: What the heck are those brick and concrete just north of the of I-90 a few miles west of the river? All alone on the swollen grass seas west of Oacoma, their mystique recalls Caspar Friedrich's depictions of pastoral ruins.

So what are they?

The vestiges of what was a sizable manganese mining operation. According to a local, the open-ended concrete structure was a mine shaft and the brick building housed an auger.

Manganese — which is instrumental in steel production — was discovered in the black soil strata of the river bluffs in the 1920s. In 1929, the Deadwood Pioneer Times announced the formation of the General Manganese Corporation, dedicated to mining the metal from what it described as "undoubtedly the largest deposit in America."

State attorney general and future governor Merrell Sharpe, who farmed and practiced law in Oacoma was involved in the project from the outset, acquiring much of the land.

The operation picked up steam as the build up to US entry into World War II called for more steel, and consequently more domestic manganese production. Prior to the war, America was dependent on Russian imports. In 1941, the Argus Leader claimed that, "Up to 95 percent of our steel needs... have come from Russia, where it was mined practically with slave labor producing a very economical ore." Most likely, the short-lived Molotov-Ribbentrop pact between Nazi Germany and Russia impressed upon US planners the need for manganese-independence.

In 1941, the increased demand led the federal government to build a pilot plant to experiment with cost-effective methods for separating manganese from the surrounding shale. After the war, local papers reported that Merrell Sharpe, who had leased the land to the government, announced plans to utilize processes developed by the Bureau of Mines to expand private mining operations. Those methods must not have proven cost-effective enough to compete with imports in the post-war economy. A 1954 Rapid City Journal article on the flooding (for Lake Oahe) of Oacoma gave it a "last chance for survival as an important town if supplies of manganese are cut off from Brazil and Russia."

To date, the Oacoma manganese deposits are still considered too low-grade to compete with those in say, South Africa. One day a new technology may unleash their potential. Then condominiums will kiss the skies on either side of the Oacoma/Chamberlain divide, straddled by a space-age bridge designed by Santiago Calatrava. For now, they're mouldering reminders of that time we tried to simultaneously stick it to the Third Reich and the damned Russkies.

Note: The old mining site is on private property. The photographer was granted permission to access. Please enjoy respectfully from the road. 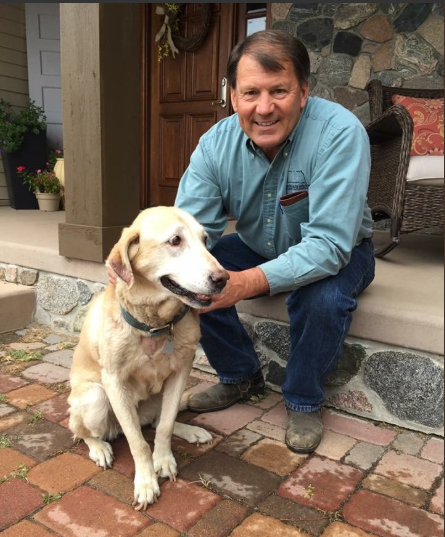 previous Post
On the Other Hand
Heading into the pheasant season without a dog: Rounds knows what he's missing now that Baby's gone
by kevin woster
•
next Post
Sports & Recreation
2018 Girls' State Tennis, Friday Results
by nate wek
•
next Post