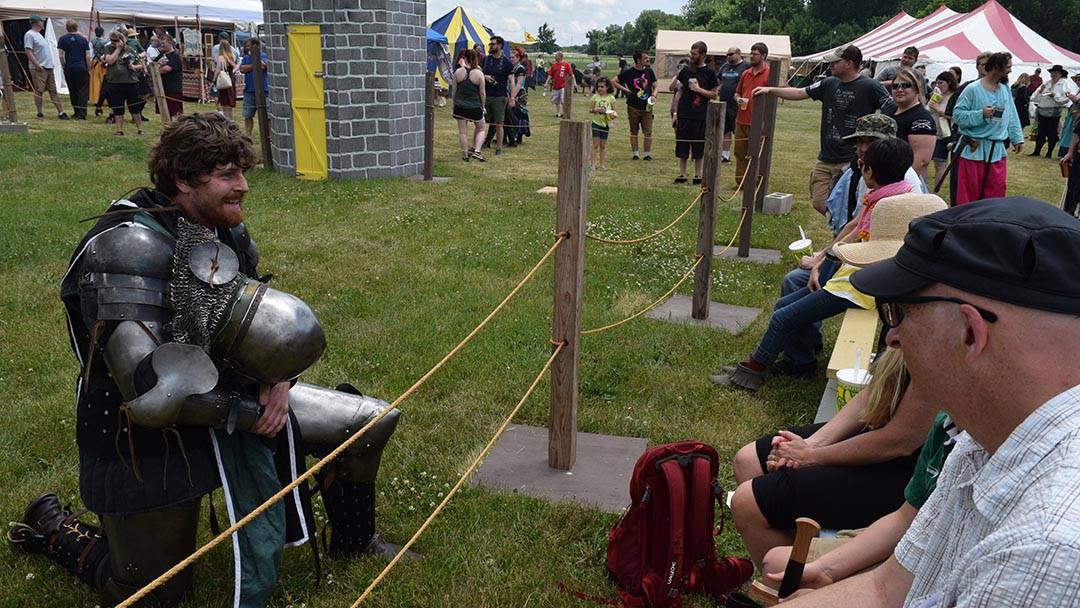 2018 marked the 17th year of the Siouxland Renaissance Festival, which was held at the W.H. Lyons Fairgrounds in Sioux Falls. I have attended this event just about every year of the Festival’s existence. For many years it was held outside of town, near Wild Water West, before moving to the Fairgrounds. Founded by a couple of friends of mine, Judith Stucky and Melissa Sutton, Anna Voorhies is now the Festival Chairperson.

This year I could only attend on Saturday due to some other commitments on Sunday. I would have to get a lot done in a short period of time. Thankfully, Kari Blom, the Development and Marketing Committee Chairperson, met me at the front gate to help me meet some of the performers. She saved me a lot of time by making introductions, and sending them my way, so I didn’t have to track them down.

The first performers I met were the Tortuga Twins, which bely their name becuase they are actually three performers. The act is a stage show where audience members are brought up on stage to help reenact a famous fairy tale or story. The performers trade jokes and barbs with each other, the audience, and their “volunteers” that they bring up to the stage.

Next I had a chance to talk to Amanda Renaud, one half of the duo Topsy Turvy. Amanda and her sister, Lily Hufnagel, are acrobats of the circus variety. They are self-taught performers, though they do train with other circus acrobats. Amanda told me that she and her sister work together on the various aspects of being traveling performers: sewing costumes, negotiating contracts, and promotion.

The Siouxland Renaissance Festival is 100% volunteer run. Carla Howard has been involved as a volunteer since the Festival started, and took time to talk about her love of Festivals, how she first got involved, and how her passion for the Festival keeps her coming back year after year to help out.

When one thinks of Medieval and Renaissance times, the image of knights in armor comes to mind. Over the last few years, a new sport has emerged where people in suits of armor fight each other competitively. Members of the Armor Combat League (ACL) were at the Festival to demonstrate and explain this growing sport. There are leagues in a number of countries around the world, including the United States. Each nation in the ACL sends one team to the world championships, which are held at a castle in Europe.

Fights are in two categories:Team (melee) and Duel (individual). The suits of armor weigh about 75 pounds, are padded for safety, and are close to historical standards, however optimized for sport competition. The thickness of the metal is also regulated (2.5 mm) to keep the competitors protected. Certain weapons, like hammers and other blunt weapons, are not allowed. Strikes to certain areas of the body are not allowed. A winner is determined when a combatant is either knocked down, or when a knee or elbow makes contact with the ground. A referee on the field makes the call, and carries a big stick to let contestants know when a fight is over, even if they cannot hear his voice.

There was some time before the ACL demonstration, and that gave me a chance to talk to Jed Blom, my hostess Kari’s husband. He is the site chairman for the Siouxland Renaissance Festival. He talked about the various logistical challenges he and his crew of volunteers face leading up to the Festival, and dealing with the small emergencies that come up during the Festival.

I also had time to wander over to the Expo Building to get out of the sun and visit some of the vendors. One of the regulars at the Festival is Boars Head Leather, run by Terry and Tom Evans. They’ve had a booth at nearly every Festival over the years. They create handmade leather items, from mugs to book covers.

It was time to head back outside. I watched the ACL demonstrate their sport in the middle of the Fairgrounds under a hot sun. Most contests didn’t last more than a minute. It takes a lot of effort and energy to move around and fight in those suits of armor. During breaks in the action, the members of the ACL talked to the spectators. You could see those guys were really sweating!

After viewing the knights fight on foot, it was time to look at a medieval siege weapon, the trebuchet. Last year the Renaissance Festival had one set up, this year there were three. Two were regular sized, and one was a mini-trebuchet set up for kids to lob tennis balls. Travis Irwin detailed how the trebuchet works, and demonstrated the weapon by launching jugs of water high into the air. He explained that many people confuse a trebuchet with a catapult. A trebuchet uses a counterweight, while a catapult uses torsion to create the force needed to launch an item.

One of the main highlights of any Renaissance Festival is the joust. This is held inside, in the Expo Building, where people can not only get out of the sun for a while, but enjoy some air conditioning. The New Riders of the Golden Age put on the show once again this year. The host, known as a Marshall, introduced the three knights to a large crowd. The Marshall directed each section of the crowd to cheer for one of the knights, with each bearing a standard so it was easy to identify them. The knights took turns charging at each other on horseback with lances. Then it was time for combat on foot, which, unlike the ACL, was a staged performance. After the performance, the knights mingled with the crowd for photos and donations.

I got a chance to talk to two of the New Riders of the Golden Age, Sam Kuecker and Mark Desmond. The talked about the training they went through in order to perform in this show, and what it is like to do so many shows throughout the year across the country.

The daughters of Terry Foy (Zilch the Tory Stellar), Bridget and Claire (who perform as the Foy Sisters), took time to talk with me as the day was nearing an end. I almost missed them, but luckily, I ran into Terry and together we tracked them down. I had a great conversation with the sisters about what it was like to grow up on the road, go to school at various places, and make friends. The Foy Sisters were also kind enough to perform a song acapella for me.

The last bit of entertainment happened near the entrance to the Fairgrounds. Kerry Vondrak, once again playing the part of Queen Elizabeth I, was about to receive a gift of a painting from a member of her court (I didn’t catch the name of who was trying to win the favor of Her Majesty). The painting was not finished, and when it was revealed, the part of the painting featuring the face of the Queen was, shall we say, not flattering. The Queen was irate! Other members of the court tried to put the best spin on it, but the Queen was having none of it, ordering her guards to haul away the offending court members.

It had been a full day, but certainly an enjoyable one. This year’s Festival was another great experience.

Check out Steve's full album of photos from the Festival here: 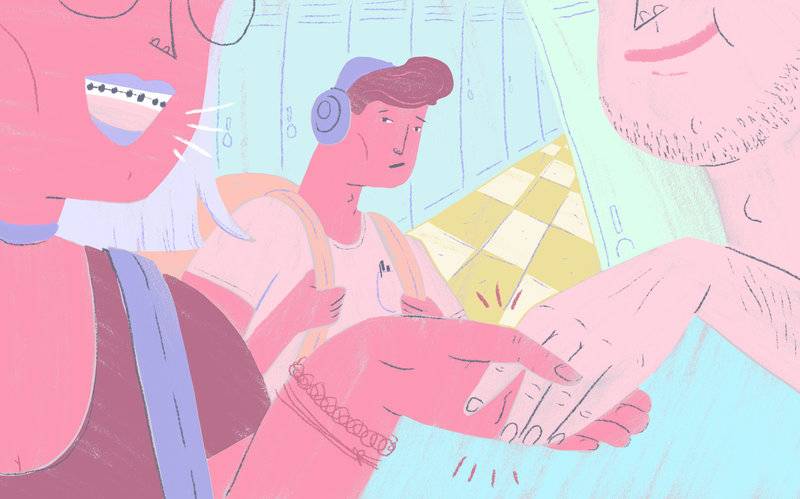 previous Post
Learn
What Teens Really Say About Sex, Drugs And Sadness
by laura dimock
•
next Post
Living
In the Moment Live from Rapid City
by fritz miller
•
next Post 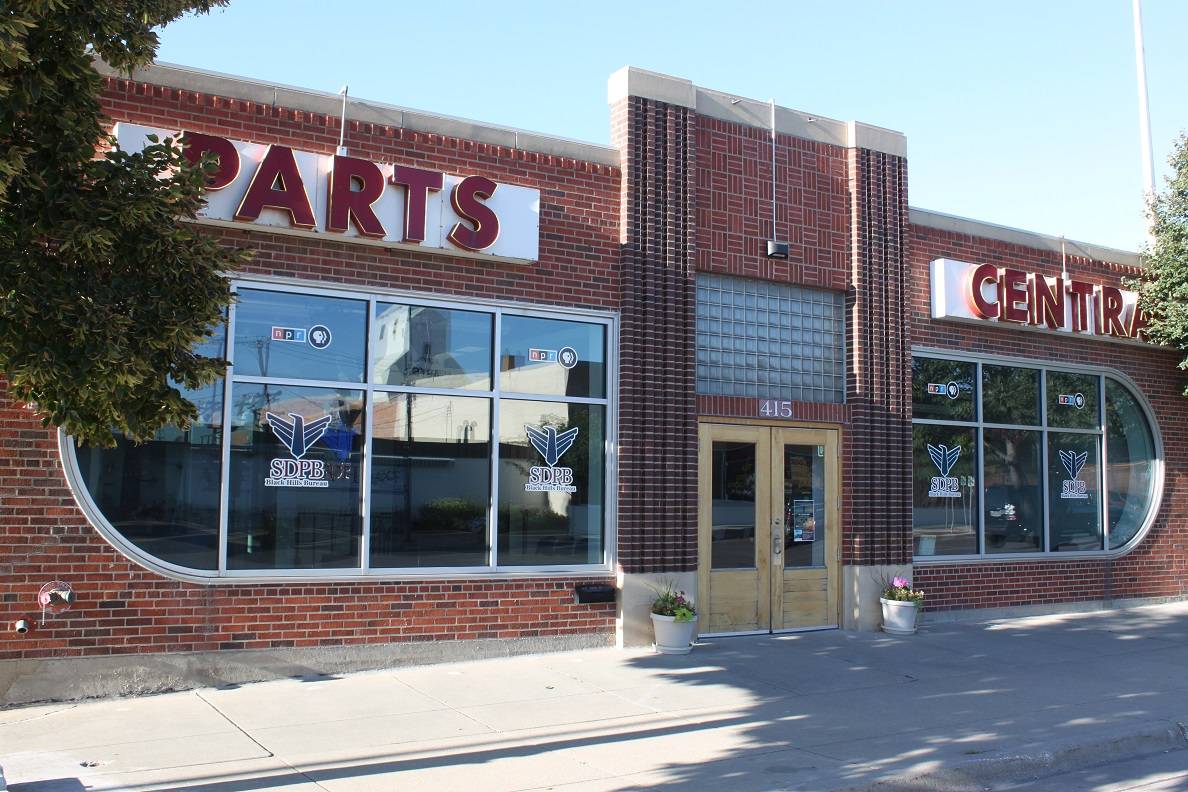