Words from a Bear & Jill Momaday 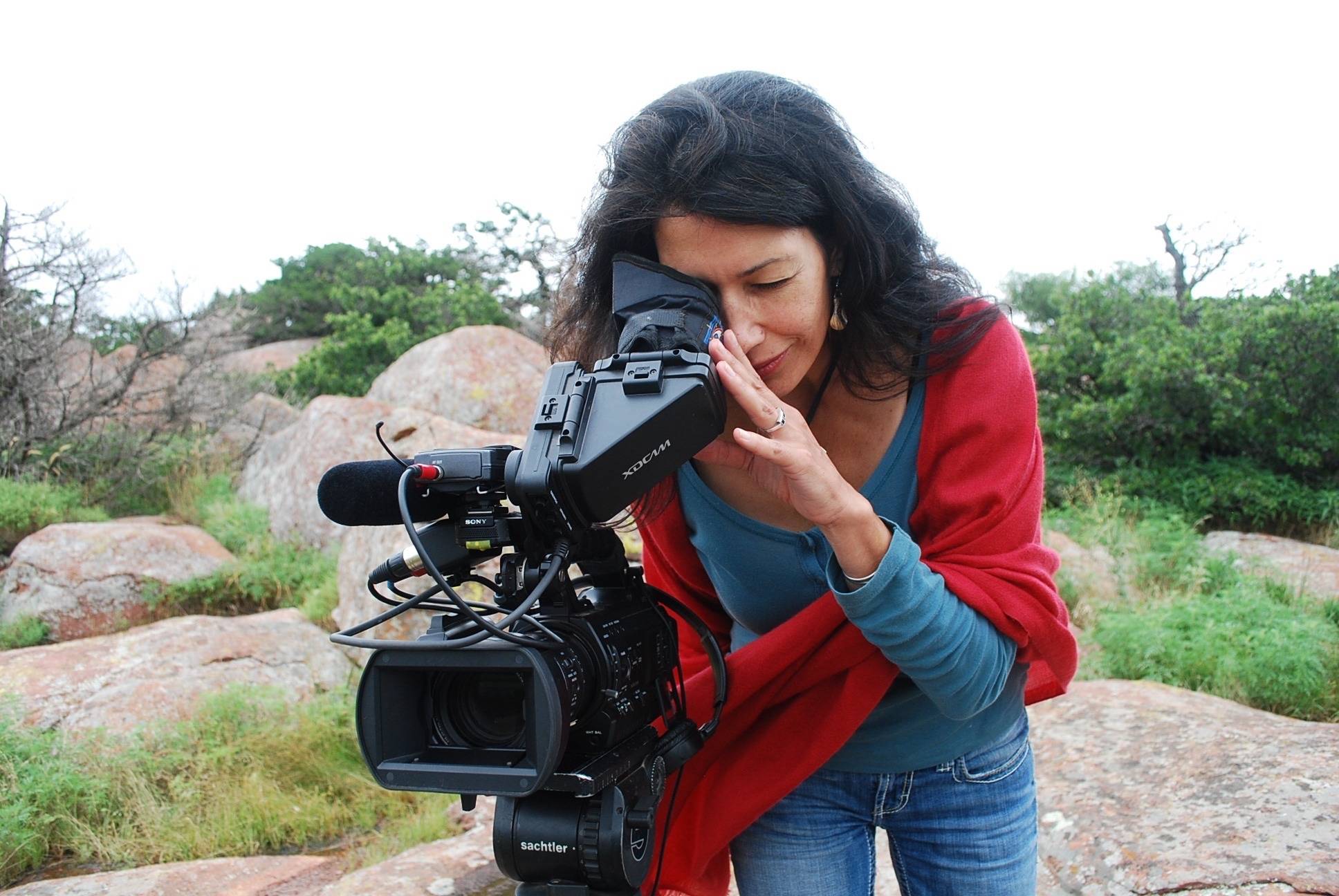 In her 2017 documentary Return to Rainy Mountain, filmmaker Jill Momaday retraced the sacred Kiowa sites her father, Pulitzer- Prize winner N. Scott Momaday, also retread for his 1969 bestseller The Way to Rainy Mountain. The film, which Jill calls a meaningful father-daughter road trip, tracks their Kiowa ancestors’ migration from the Yellowstone River headwaters to the family’s homestead in Oklahoma, and includes sojourns to Devil’s Tower (Kiowa: “Tso-aa” or “Tree Rock”) and the Black Hills.

This October Jill Momaday returns to the Black Hills in support of another documentary about her father. Words from a Bear, directed by Jeffrey Palmer (Kiowa) and produced by Vision Maker Media, also relates Momaday’s writing to his life as a celebrated, contemporary Native American man of letters. The ursine title refers to Momaday’s identification with the Kiowa boy who turned into a bear and chased his seven sisters up the tree rock. The sisters would become the Big Dipper, and Momaday, after visiting Devil’s Tower with his parents as an infant, would receive his name “Rock Tree Boy” (Kiowa: “Tsoai-talee”) from a Kiowa elder to commemorate his visit to the sacred place.

Jill Momaday says her film and Words from a Bear are the first time private family documents have been shared with the world. One of three living daughters, she is keeper of the archives, a role she stepped into after the death of her father’s parents, painter and educator Alfred Momaday and his wife Natachee, a writer, educator, and artist with whom Jill was very close until her death in 1996. “Both my grandparents, coming from their cultural backgrounds as literary and mythic beings, understood the importance of these things being passed through the generations and of being keepers of this important wisdom, knowledge, and storytelling. They kept very careful documentation of their lives and my father’s early life,” says Momaday.

Memory and ways of knowing are integral to both her father’s work and Jill’s emerging role as her family’s storyteller and culture keeper. In a moving scene from Words from a Bear, Jill relates climbing Rainy Mountain in Oklahoma as an eight-year old girl with her father. As she tells the story of reaching the top and weeping as she imagines the camps her Kiowa relatives built at the base, present-day Jill begins to cry. “The psyche of racial memory, and the blood and the ancestors that we carry forth into our lives, are particularly deep for me because I’ve always been very enmeshed in my Kiowa heritage. And I think place and landmarks, in particular with indigenous cultures, bring up a lot of that sacred blood memory. When I go back to Rainy Mountain, which is our sacred knoll, it strikes a chord in my heart and spirit in my blood.”

In the film, we visit the family’s homestead, including a large, vaulted wood arbor that held prayer meetings, sacred ceremonies, and gatherings. The arbor and home are in disrepair, the victims of multiple owners who have chosen not to restore, of whom Jill and her father are not included. “It’s sad because it was a beautiful place,” says Jill. “We get asked that question a lot when people see the film, ‘Why? Why would you let this happen?’ And it’s completely out of our capacity to save the place because we don’t hold ownership to it.”

In the meantime, Jill is kept busy supporting her father and attempting to find time for her own creative pursuits. Currently, she’s playing with a collection of written stories and a fictional memoir. She is honest that balancing her work with her father’s prodigious career can be demanding and intimidating. “It seems to be his second coming at age 85! And it’s been a challenge throughout my life, as the daughter of my father, who is larger than life, internationally acclaimed, and the most gifted being I know.” But she cites her grandmother Natachee as the inspiration to pursue her own filmmaking and storytelling. “She said, ‘Jill, you really need to tell your own stories from your own voice. Your woman’s voice, and that was the beginning. And I think that what feels really good to me now is that I know that my father is so proud of me. And my mother, Gaye Momaday Talley, gave me so much encouragement and love. She was the anchor of our family. She had so much integrity and reverence for the arts and our creative beings. My dad was immediately famous and got kind of taken away doing all this stuff, carving out this legacy. But she was the backbone of the family, the anchor that held everything together. We were very blessed. Yeah. You know, those things don’t get mentioned very often.”

Meanwhile, Jill has experienced her father’s bear power. “Not only does he look and sound like a bear physically, but he really does go into this essence sometimes and this other-worldly place. It comes out in his writings. Sometimes I can be sitting with him and look across the room and he just seems far away. And I figure that he is doing his bear thing. I have incredible respect and reverence for that kind of medicine. But I love it. I’ve been around it all my life.”

Words from a Bear

A documentary about the life and work of Pulitzer- Prize winning author N. Scott Momaday. Features Q & A with his daughter, Jill Momaday. 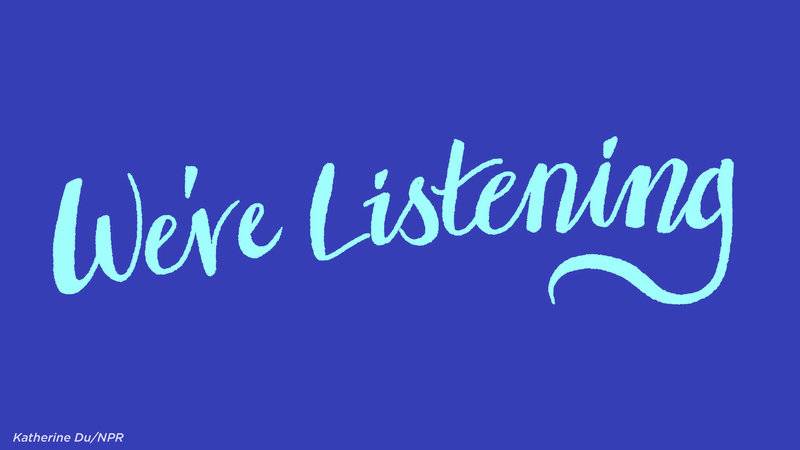 previous Post
Learn
Is Your Child Anxious? NPR Wants To Hear Your Story
by laura dimock
•
next Post
Living
Dakota Life: The Human Spirit
by katy beem
•
next Post 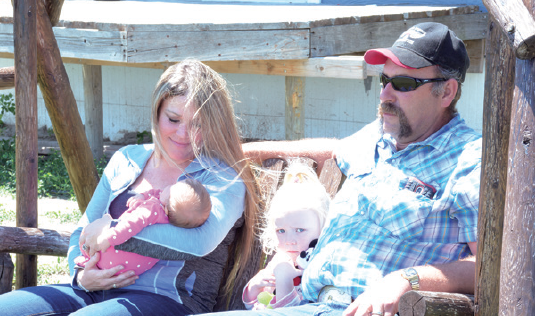