The Warrior Tradition on SDPB 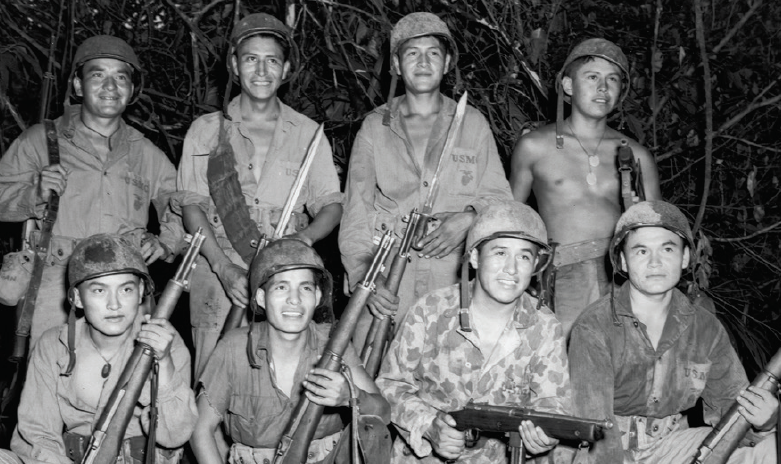 During World War I, not all Native Americans were even citizens of the United States, let alone eligible to be drafted. Yet, more than 12,000 indigenous men volunteered. Even in Vietnam, an unpopular war, 90 percent of the 42,000 Native people who served were volunteers. Why would Native men and women put their lives on the line for the very government that took their homelands?

The new documentary The Warrior Tradition tells the inspiring, complicated stories of Native American warriors from their own points of view – stories of service and pain, of courage and fear.

WNED-TV also commissioned video essays by Native American producers, including Minnie’s War Bonnet, by filmmaker Yvonne Russo (Sicangu Lakota) – a tribute to Minnie Hollow Wood, a woman warrior who fought in major battles like the Battle of Little Bighorn. She was the first Lakota woman warrior to be honored with a sacred War Bonnet, one of the highest honors of war, peace and valor. See it at: PBS.org/WNED/warriortradition