A Guide To Parental Controls For Kids' Tech Use 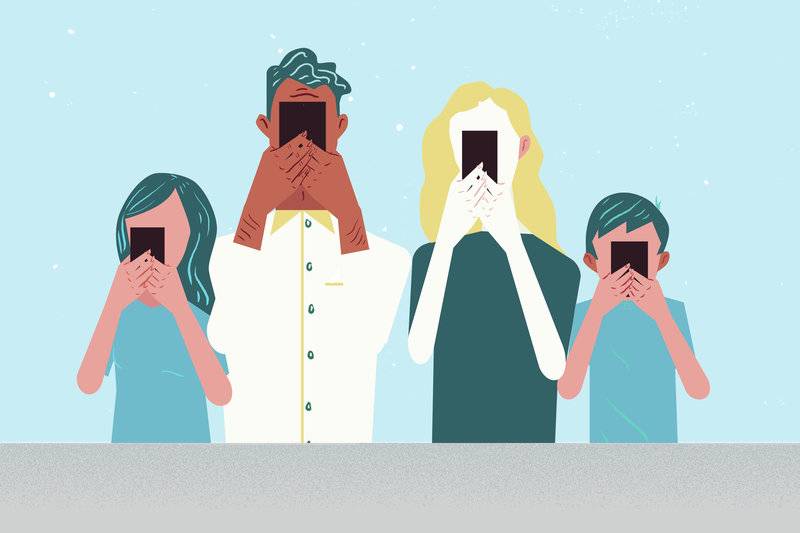 Ben Zimmerman lives in a suburb of Chicago. Like a lot of 9-year-olds, he's fond of YouTube, Roblox, and Minecraft.

And, like a lot of parents, his mom and dad wanted to make sure Ben wasn't spending too much time on those activities. They tried to use Google's "Family Link" parental control software to limit screen time for Ben and his older sister, Claudia.

Ben went on YouTube to search for a workaround. When he couldn't find one, he figured one out himself. His dad, who happens to work in forensic data analysis, called it a "brute force attack."

Philip Zimmerman says he was "pretty impressed," with his son's resourcefulness. Ben comes off as what hackers call a white-hat, one of the good guys, especially since he told Dad right away. "I want [Google] to fix it so I can find another glitch for them to fix," Ben told NPR.

Screen time is a battle for many families. I've talked with parents who lock video game systems in the car overnight, hold on to iPad chargers, or who refuse to get a teen's cracked phone screen fixed, all to curb use.

Earlier this month, Apple became the latest company to announce they're arming parents with more technical weapons, by adding Screen Time and more parental controls to iOS. The company isn't alone — besides Google's Family Link, Disney has a product called Circle, and Amazon has FreeTime. Plus, there are more third-party apps, including Net Nanny and Qustodio, and devices, like Torch and unGlue.

All these products promise to help parents enforce time limits and steer kids to safer browsing or more positive activities with media.

"Our unofficial saying is, parents love it and kids hate it," says Jelani Memory, co-founder of Circle and a father of five with one on the way. "And if the kids hate it, that means it's working."

But parents are busy, and as the Zimmermans' experience shows, this isn't a fool-proof process. How do you make sense of all the different options out there?

Answer these questions to get you started.

1) Is your kid loyal to one device, or are you looking for a general fix?

Where you start will depend on how your offspring generally use tech. If they mostly stick to phones or tablets, you might appreciate the simplicity of a mobile-first solution. Apple's Screen Time and Parental Controls are designed for iOS devices, while Family Link is designed for Android devices; they're not optimized to control your kid's PC use, outside of the designated accounts.

Amazon's FreeTime, similarly, works best on Fire tablets and, to some extent, the Echo home assistant.

Net Nanny and Qustodio are software programs designed originally for the family PC, now with extensions to mobile.

Circle, Torch and unGlue are all hardware devices, designed to work at the level of the wifi router. They govern all the devices in your home, with extensions to mobile devices outside the home — more powerful, but also a touch more complicated to use.

Prices range from free (for Family Link, FreeTime and Parental Controls) to $50 a year or more.

2) How much control do you want? How much time do you have?

Pretty much every parental control lets you set time limits, whether daily maximums, bedtime, or a pause for family dinner.

Beyond that, you can filter categories of sites, or block all sites and apps by default and whitelist only approved ones. You can also limit time by category, such as games or social media.

These apps also all give some insight into your kids' particular browsing habits. Apple's new controls in particular are based around detailed dashboards of use, which are delivered to both child and parent. The idea here is that shining a light on behavior is the best way to motivate positive change. However, reviewing that information will take time.

If you want to get finer-grained, unGlue and Circle are designed to make it easier for parents to use screen time as a reward for chores or other good behavior.

Amazon's FreeTime has a feature called "learn first" that requires kids to read or work on educational apps before they unlock entertainment content.

4) Is your kid bought-in? Do they understand the reason behind the rules?

YouTube, Reddit and other sites are full of kids like Ben sharing ideas on how to bypass parental controls. Some children are born rule-followers; others will delight in finding hacks. For a few, sneaking around and breaking rules to consume more media can be a clinical sign of a problematic relationship to electronic devices.

Kurt Beidler, General Manager, Amazon Kids and Family, says no software can replace good old-fashioned parenting. "If you unilaterally just go in and set limits without talking to your child," he says, "you're going to incent your child to work around those limits, because they're not bought into that contract."

Beidler and Circle's Jelani Memory dream of a day where parental controls are used for more than cutting screen time: "To really expand beyond the fences and the restrictions and keep adding things like a way to create screen time goals," says Memory.

For example, What about parental nudges, to work on coding or video editing? Or prompts to start a conversation over a kid's favorite game or app? "Not all screen time is equal," says Beidler. "There's a lot of things kids can do on devices that are really good."

In the meantime, Philip Zimmerman went for his own "brute-force attack" — now that the weather's nicer, he simply took Ben's phone away altogether.

What Kind of Screen Time Parent Are You? Take This Quiz And Find Out

What You Need To Know About Kids' Screen Time Right Now

Screen Addiction Among Teens: Is There Such A Thing?

What are your experiences with parental controls, good or bad? Got tips or tricks to share? Email npred@npr.org. 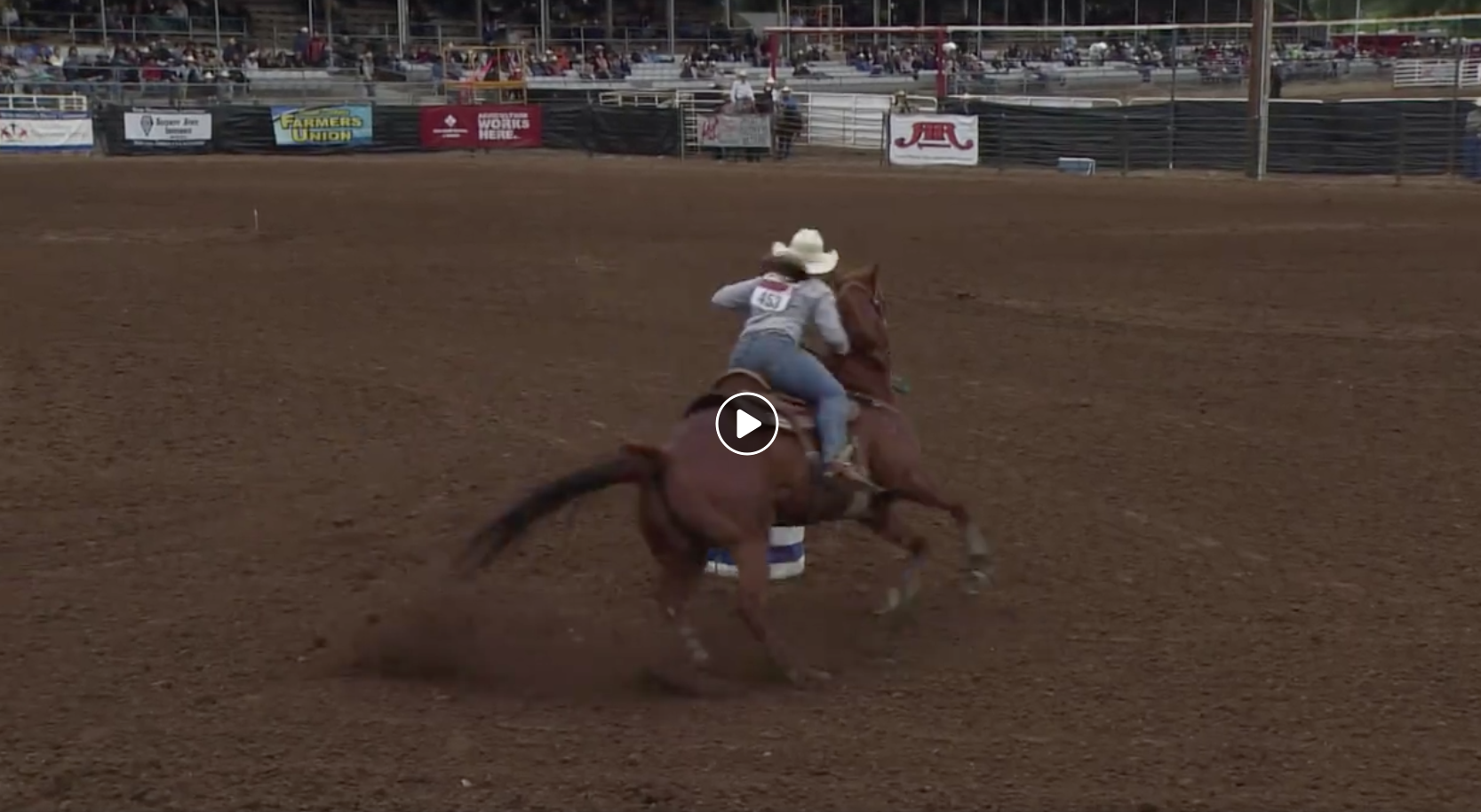 previous Post
Sports & Recreation
2018 SDHS Rodeo Finals: Full Show
by heather benson
•
next Post
On the Other Hand
Celebrating an old duck decoy and its place in the rushes of recollection
by kevin woster
•
next Post 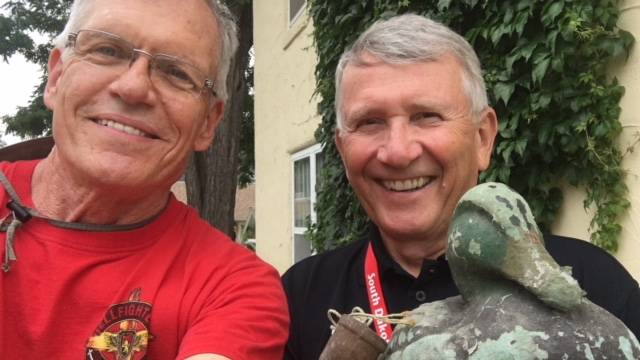