Alexandra Lange's interest in school design started in her childhood, when she read Little House on the Prairie, with its indelible depiction of Laura's one-room schoolhouse in Wisconsin.

Today, she's an architecture and design critic. Her new book, The Design of Childhood, considers the physical spaces where our children learn and grow: from the living room rug crowded with toys, to the streets, welcoming or dangerous, to classrooms, bright and new or dilapidated.

"I felt like a lot of the contemporary discussion about education was really focused on content," she tells NPR. "In that really tight space in front of the kid's face. And as someone interested in design I'm always interested in, what kind of room are you in? How much natural light does it get? What kind of materials is it made of? What kind of a chair are you sitting in?"

One of the most contentious issues in education today is how much our schools have, or haven't, kept up with the times. The physical plants of schools represent the biggest capital investment in the provision of education, so they tend to stay in use as long as possible. And, Lange's book shows how everything from the dimensions of a room to the height and placement of windows can make certain kinds of learning easier or harder.

The familiar one-room schoolhouse ruled from Colonial times. But starting in the 19th century, she writes, big public schools were built in urban centers. They had facilities like gyms and auditoriums, sometimes open to the public. And they had several stories of classrooms, outfitted with the learning technologies of the time: blackboards, globes and maps.

These rooms were designed for one type of learning only: direct instruction. They had rows of individual desks, originally fixed to the floor, facing front — a slight update from the one-room schoolhouse days, when students often sat on benches. These rooms were lit by large rows of windows with light meant to come over the left shoulder to reduce glare and shadows on a student's notebook — presuming, of course, that the students must all be right-handed.

"If you measure a classroom in St. Louis or Chicago or New York from 1925, the proportions are probably going to be within a foot of the same," Lange says — sized to hold about 56 students.

Industrial-era urban schools were solidly constructed, with grand ornamented lobbies, auditoriums and gymnasiums. Classrooms were lit by large windows and jammed with rows of heavy, fixed desks. These schools were the gold standard for decades. LA Johnson/NPR

That standardization, and the image of American schools preserved in amber, is a drum often beaten by critics. Education Secretary Betsy DeVos recently tweeted out a decades-old picture of a classroom with the message ... "Everything about our lives has moved beyond the industrial era. But American education largely hasn't."

Lange calls this a "frustrating canard which is not exclusive to Betsy DeVos ... I think a lot of the tech leaders who are trying to disrupt education also keep repeating this idea that the classroom hasn't changed in 100 years."

Yes, some century-old schools are still in use, she says, but what teachers are actually doing with them today is very different.

"My own kids' public school in Brooklyn is in a 1929 building," she says, a school built for desks in rows.

"But they don't have any of that furniture anymore. Now they have small tables that the kids sit at when they have to do heads-down work. They have a rug facing a screen for when they're getting direct instruction. The younger kids' classrooms often have a block play area or a dress-up area. And the older kids' classrooms, there's still kind of a work zone for project-based learning," where kids can work hands-on and collaborate in groups.

Lange says another innovation is the addition of technology like laptops and tablets, which often travels from classroom to classroom in locked, rolling carts: "So essentially they've created a project-based learning design within the individual classroom."

The tale of the century-old industrial-era classroom also leaves out an entire epoch of school buildings, inspired by the progressivism of John Dewey and others. Postwar suburban schools were much more likely to be "single-story and kind of spread out around courtyards."

Architects in postwar suburbia approached school design with the child in mind. Furniture was movable and kid-sized. Classrooms featured book nooks, sand tables, space for music and art, plus easy access to the outdoors. LA Johnson/NPR

Equity, or more to the point, inequity, has always been an issue in the building of public schools in America. Lange's book has two instructive case studies that went against the grain.

In the 1920s, Julius Rosenwald, who made his fortune with Sears, Roebuck, teamed up with educator Booker T. Washington to found thousands of schools for African-American children across the American South during a time when, Lange says, many had no schools at all. The foundation gave out a pattern book, intended to be simple enough that the school could be built of wood by local carpenters. "But the design of the classrooms were completely up-to-date, though the overall appearance of the schools had to be kept humble," — lest local white leaders get jealous.

Similarly, in the Jim Crow 1950s, Charles Colbert designed a series of schools for African-American children in New Orleans that became modernist landmarks. They borrowed from local styles, with raised classrooms and shaded outdoor walkways. Despite the concerns of preservationists, one of the last of these schools, Phillis Wheatley Elementary School, was demolished in 2011.

In the 1960s and '70s, modernism got even more innovative, with the rise of the open-plan school.

Open-plan schools, built in the 1960s and '70s, incorporated a lot of innovative and flexible design elements, like carpeted amphitheaters, but overlooked one huge factor: noise. LA Johnson/NPR

"An open-plan school is basically a big room. Often they were fancifully shaped into circles and then the classrooms would have been wedge-shaped."

These schools were part of a movement to give more autonomy to children, recognizing that, "sitting upright in a chair all day is not what most kids want to do nor is it conducive to all kinds of work. So there are a lot of choices in terms of the furniture as well as in terms of the room sizes."

These choices included "small, medium and large" spaces for learning solo, in small groups, or in large groups. They featured soft furniture that kids themselves could move. They might have had a "kiva" — an open amphitheatre, maybe with carpeted stairs as seats.

Lange herself attended a school like this in North Carolina. It's a model that she says is "heavily discredited — mostly for acoustic problems. They were really loud." The apparent flexibility belied a lot of careful "choreography" of loud and quiet activities. And, as the fashion for progressive and interest-driven learning gave way to stricter standards-based instruction, these literally and figuratively squishy designs fell out of fashion.

However, when Lange traveled the world to visit some of the most lauded "custom-built, Ted Talk schools" of today, she found, despite the constant "rhetoric of newness," a lot of familiar features from that 1970s era.

Classrooms today may be in 10-, 50- or 100-year-old buildings, but they're likely to have SMART boards, a laptop cart, movable desks in groups and lots of student work on display.
LA Johnson/NPR

In new project-based, inquiry-based schools, "the idea is to kind of break the box of the classroom ... You're seeing all kinds of different learning encounters essentially set up through the architecture." These ideas are layered in with newer concepts like sustainability and portable, digital technology. Instead of being fixed to the ground, desks and chairs may be on wheels.

Fundamentally, no matter the era, says Lange, "the design of the classroom is a technology, and you can interpret that in a lot of different ways. Architects can make that look more, and less, typical. But the point is the instruction, the interaction in the classroom, not that it looks more like a circle or more like a square or whatever else."

The Future? Sustainability and digital technology are two major trends. Some industrial-era ideas, like daylighting, are as relevant as ever. LA Johnson/NPR

What will schools of the future look like? Lange ponders the question: "What about kids using laptops on tuffets in a field? One current line of thinking goes toward forest preschools and urban farms, the other toward all education being contained in a laptop or tablet. [Future designs] could combine the two." 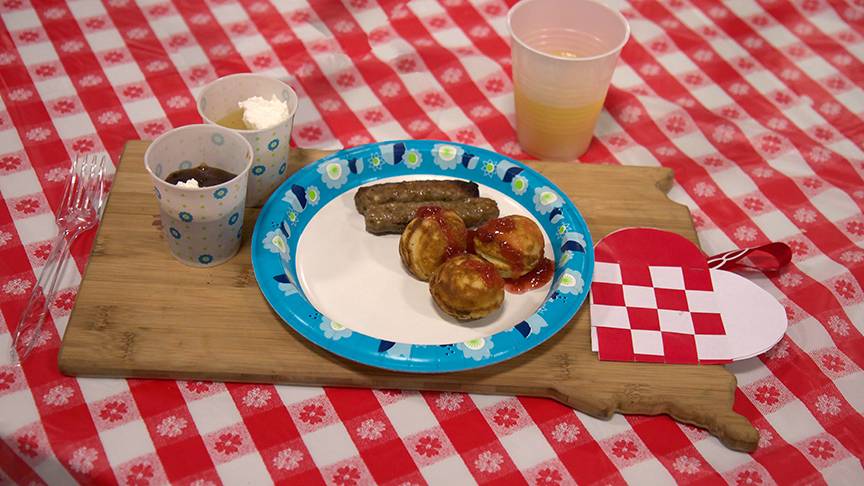 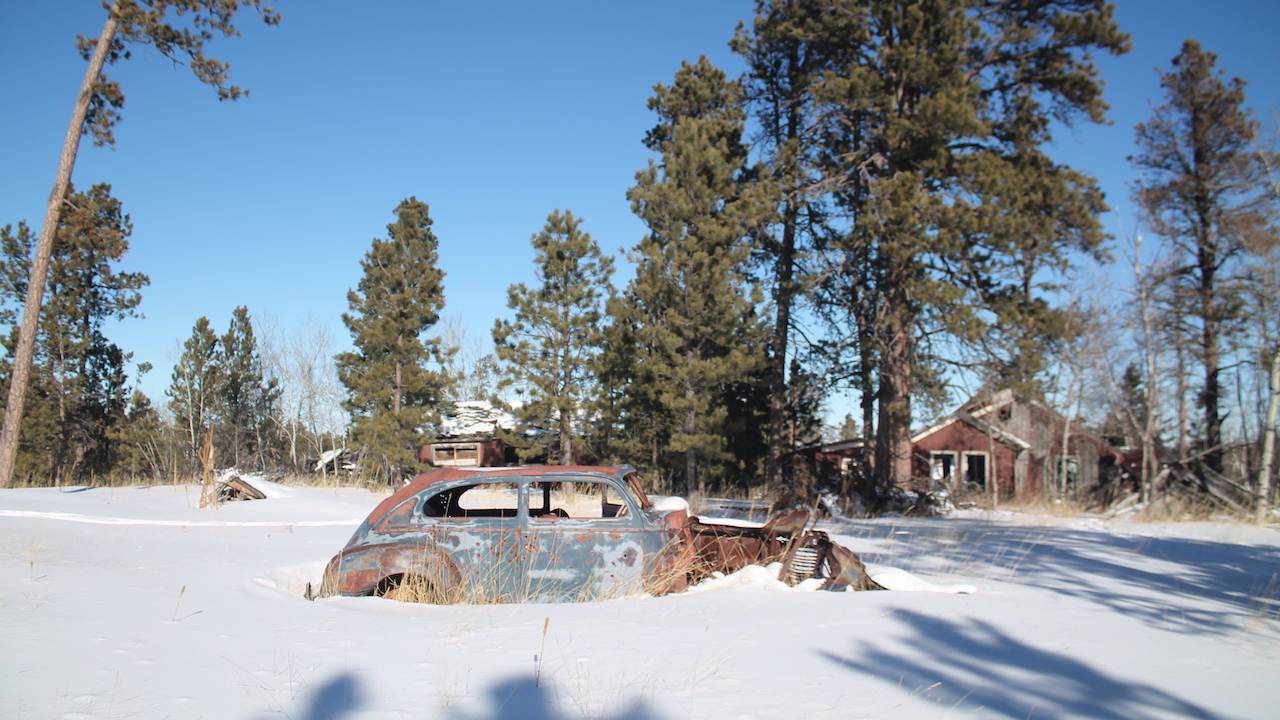