PBS Digital Studios and HHMI Tangled Bank Studios announced the premiere of a new digital series, I CONTAIN MULTITUDES, hosted by science writer Ed Yong, exploring the world of microbes. The new weekly series, produced by HHMI Tangled Bank Studios in association with Room 608, will be launched on multiple digital platforms, with episodes uploaded each week to YouTube, Facebook and Medium.

I CONTAIN MULTITUDES will explore the fascinating powers of the microbiome—the world of bacteria, fungi and other microbes that live on and within larger forms of life, including ourselves. Presented in a casual and inviting format, episodes feature cutting-edge research that reveal the prodigious influence of microbes on creatures large and small. Viewers will discover that the overuse of antibiotics can create superbugs in a matter of days, that snowflakes often form with the help of microbes, and that a koala couldn’t digest eucalyptus leaves without a sludge of microbes served by its mother. After each episode, viewers can dive deeper into each topic with articles on Medium. Furthermore, additional content on HHMI Tangled Bank Studios’ Twitter and Facebook and Ed Yong’s Twitter feeds, as well as the I Contain Multitudes Medium page, will share, deepen and expand upon content featured in each episode.

“This new series brings to life many of my favorite stories from the world of microbes—a world full of quirky characters and unexpected plot twists,” said Ed Yong. “I'm really excited for people to see them.”

I CONTAIN MULTITUDES launches with 22 episodes alternating between full-length, 8 to 11 minute videos and one-minute shorts. In each full episodes, debuting every other Monday, Ed interviews a top scientist as they share a surprising and important story in contemporary microbiome research. Alternate Mondays will feature “Microbe Minute” episodes presenting 60-second natural history vignettes that explore bizarre interactions between charismatic animals and their microbial helpers. HHMI Tangled Bank Studios’ social media feeds will be filled with a steady stream of fun and educational bacterial content, including infographics, image galleries and companion articles created by HHMI and collaborators.

“PBS Digital Studios is very excited to partner with HHMI on this new digital series. We cannot wait to share it with PBS audiences." said Brandon Arolfo, Senior Director of PBS Digital Studios. “We welcome HHMI Tangled Bank Studios and Ed Yong into the PBS Digital Studios community of creators and look forward to learning more about the microbiome together.”

“Ed Yong couples a depth of knowledge on the topic with a true passion for making this science relevant, interesting and even funny,” said Dennis Liu, Head of Educational Media at HHMI Tangled Bank Studios. “We’re delighted to work with him to bring his book to life and get a YouTube audience excited about the smallest parts of our world.”

I CONTAIN MULTITUDES is produced by HHMI Tangled Bank Studios in association with Room 608 for PBS Digital Studios. Other recent HHMI Tangled Bank Studios projects for PBS include THE FARTHEST – VOYAGER IN SPACE, a selection of the Tribeca Film Festival celebrating the 40th anniversary of the Voyager mission to the outer planets, and THE GENE DOCTORS, an in-depth look at how cutting-edge genetic medicine is changing lives now, airing on PBS stations now (check local listings) and streaming on PBS.org through the end of October.

About HHMI Tangled Bank Studios
HHMI Tangled Bank Studios is a production company established and funded by the Howard Hughes Medical Institute (HHMI) as an extension of its longstanding science education mission. Dedicated to the creation of original science documentaries for broadcast, theatrical and digital distribution, the company’s award-winning programs address important contemporary issues and capture compelling stories of discovery across all branches of scientific inquiry. For more information, please visit www.tangledbankstudios.org. HHMI is a science philanthropy whose mission is to advance basic biomedical research and science education for the benefit of humanity. The institute is the largest private supporter of science education in the country.

About Room 608
Room 608 is an award-winning media production company based in New York founded by Jonathan Halperin and Mark Mannucci in 2012. In addition to the “I Contain Multitudes” series for HHMI Tangled Bank Studios, Room 608 has produced for Amazon Studios, PBS, Time Inc., National Geographic, ITVS, Discovery, The Atlantic, Penguin/Random House, and Columbia University. They recently received the 2017 News & Doc Emmy for Outstanding Science and Technology Program for “A Year In Space,” a film about astronaut Scott Kelly’s year on the International Space Station.

About Ed Yong
Ed Yong is a Washington, DC-based science journalist who reports for The Atlantic. He strives for accurate and nuanced reporting, clear and vivid storytelling and social equality. He writes about everything from the quirky world of animal behavior to the equally quirky lives of scientists, from the microbes that secretly rule the world to the people who are working to make science more reliable to those using it to craft policies. His stories span 3.7 billion years, from the origin of life itself to this month’s developments in Congress. He makes terrible puns and regrets none of them. I Contain Multitudes, his first book, looks at the amazing partnerships between animals and microbes. Published in 2016, it became a New York Times bestseller and was listed in best-of-2016 lists by the NYT, NPR, the Economist, the Guardian and several other publications.

About PBS
PBS, with nearly 350 member stations, offers all Americans the opportunity to explore new ideas and new worlds through television and digital content. Each month, PBS reaches nearly 100 million people through television and nearly 28 million people online, inviting them to experience the worlds of science, history, nature and public affairs; to hear diverse viewpoints; and to take front-row seats to world-class drama and performances. PBS’s broad array of programs has been consistently honored by the industry’s most coveted award competitions. Teachers of children from pre-K through 12th grade turn to PBS for digital content and services that help bring classroom lessons to life. Decades of research confirm that PBS’s premier children’s media service, PBS KIDS, helps children build critical literacy, math and social-emotional skills, enabling them to find success in school and life. Delivered through member stations, PBS KIDS offers high-quality educational content on TV – including a new 24/7 channel, online at pbskids.org, via an array of mobile apps and in communities across America. More information about PBS is available at www.pbs.org, one of the leading dot-org websites on the internet, or by following PBS on Twitter, Facebook or through our apps for mobile and connected devices. Specific program information and updates for press are available at pbs.org/pressroom or by following PBS Pressroom on Twitter. 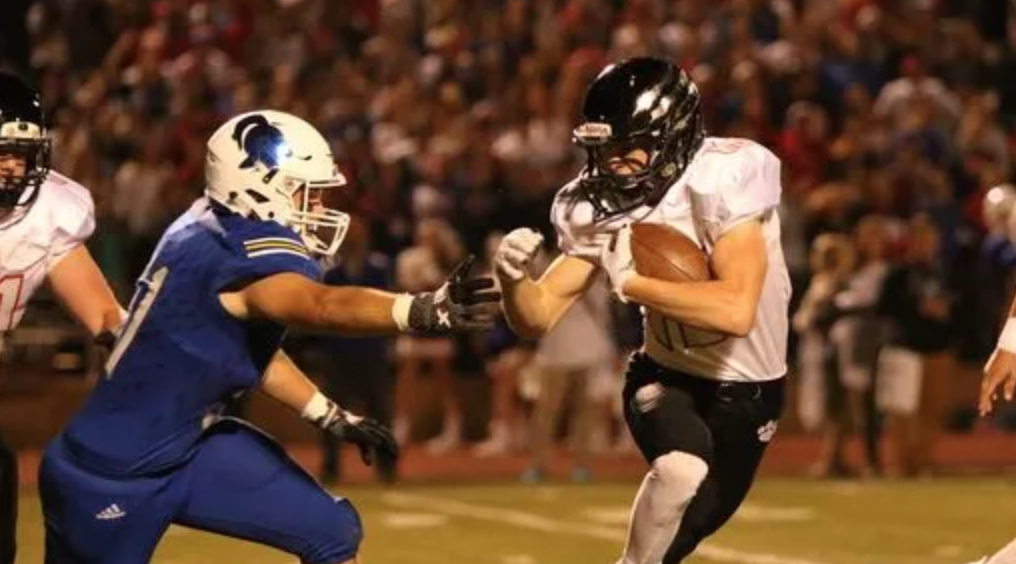 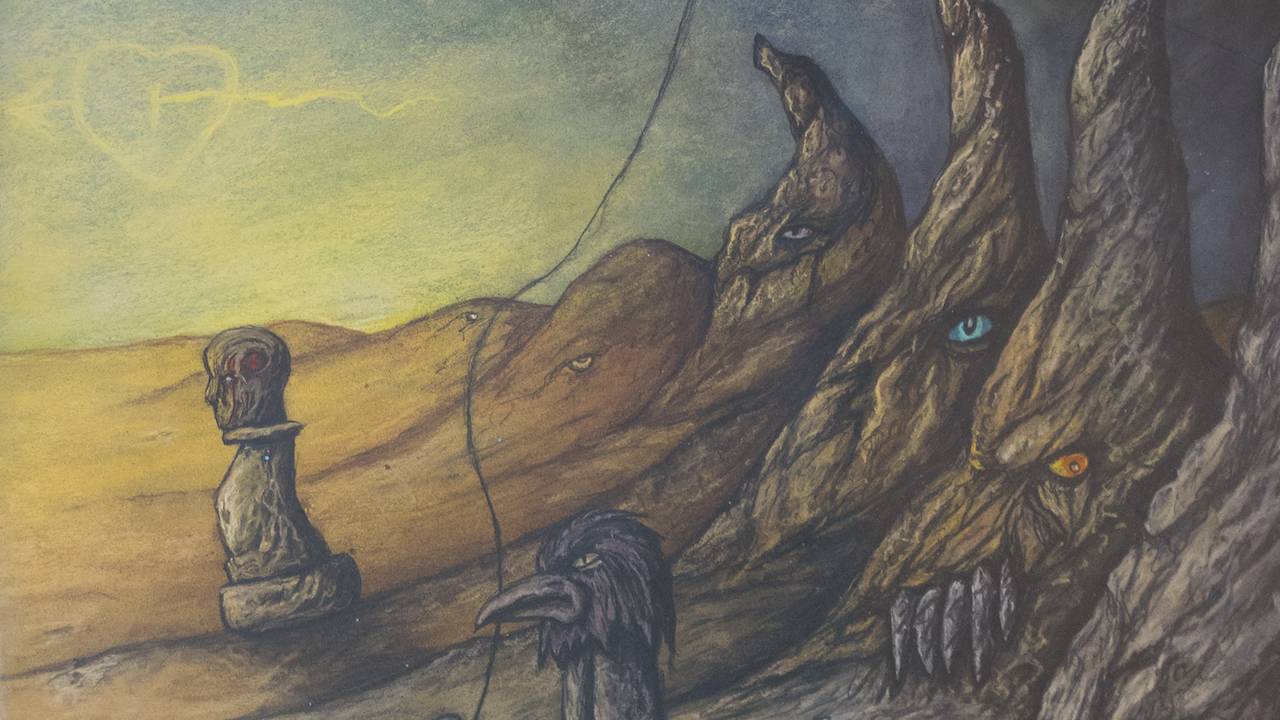