George V. Ayres was born on November 1, 1852 in Luzerne County, Pennsylvania. His family appears to have had the pioneering spirit as they moved around the Midwest for much of George’s childhood, finally settling in Beatrice, Nebraska, in 1866. George spent the rest of his childhood there and in 1870 began working at a local drug store.

In 1876, exciting news began to emanate from the Black Hills. Gold had been discovered and people were pouring into the area. Ayres decided to resign from his position at the drug store and set out for the Black Hills. His obituary published in the Weekly Pioneer-Times on June 1, 1939, contains a description of the arduous journey Ayres and fellow travelers made from Cheyenne, Wyoming, to Custer, South Dakota. The author wrote that “the party was on the road between Cheyenne and Custer City for a period of 17 days and snow fell on 10 of those days, while at times the weather was severely cold, entailing no little discomfort, as the party was poorly equipped, having no tents, and being compelled to sleep out of doors each night during the entire trip.” After making it to Custer, Ayres remained there for a couple of months before heading to Deadwood.

During his first year in the Black Hills, Ayres moved back and forth between Custer and Deadwood. He worked several different jobs during this time including sawing lumber and placer mining. In November 1877, R.C. Lake offered Ayres a job at his hardware store in Deadwood. Ayres accepted and traveled from Custer to Deadwood in the snow to start his new job. He worked as a bookkeeper and salesman and started his long career in the hardware business. By 1882, Ayres had bought an interest in the hardware store and over the next couple of decades Ayres owned the hardware store with several other partners. In 1900, George and his partner named the store George V. Ayres & Company. Ayres became the sole owner in 1919.

Back of Ayres Hardware store at 633 Main Street, Deadwood

The Ayres hardware store was a fixture in the Deadwood community even after George Ayres passed away. The store remained in the Ayres family, passing to George’s son, Albro Ayres. In 1975, Albro and his wife, Agnes, moved the store from its original location at 633 Main Street, where the Historic Bullock Hotel is currently located, to 596 Main Street. Albro passed away in 1981 and Agnes continued to run the store until she sold it in 1997.

George Ayres was not only a successful businessman; he was also involved in the Deadwood community and politics. Ayres served on the board of the Adams Museum, was a mason and member of the Scottish Rite, and a member of the Deadwood Business Club. He also was a Lawrence County Commissioner.

Many of the roads around Deadwood were in need of improvements in the 1910s. For example, the road from Deadwood to Spearfish had such a steep grade that it made it difficult to haul wagon loads of produce to and from Deadwood. C.V. Gardner wrote in the Daily Deadwood Pioneer-Times on January 11, 1911, that the roads around Deadwood were “as crooked as a ram’s horn” and the bridges and culverts were “cheap.” Gardner also argued that modern road building methods were not being used. Poor road conditions were not simply an inconvenience to travelers; they could in some cases hinder economic growth. Henry Frawley argued in an address made to the Chicago-Black Hills-Yellowstone Park Interstate Highway Association on March 31, 1913 that “Good roads are a necessary incentive to trade . . . the avenues of commerce.” Good roads were also vital to tourism since more people were traveling around the country in cars.

In 1910, Mayor W.E. Adams created a Good Roads committee which included George Ayres, John N. Peterson, A.J. Plowman, and Senator D.A. McPherson. The Mayor charged the committee with drafting a road bill which McPherson would present to the state legislature in Pierre. On December 28, 1910, Ayres called a meeting of the Deadwood Business Club to discuss road improvements. During the meeting Ayres argued that wages for laborers for road work were too low which made it impossible to hire competent workers and that the methods being used to construct roads were inefficient and expensive. The committee, worked to draft a bill that urged legislators to change the way roads were built in the Black Hills.

All of the advocating by Ayres and the Business Club for road improvements paid off in 1911 when plans were made to improve the road from Deadwood to Spearfish and Deadwood to Pluma. The Daily Deadwood Pioneer-Times reported on July 29, 1911 that the Business Club and Lawrence County Commissioners met with engineers Frank Peck and H.S. Vincent who were working to improve the grade of the road from Deadwood to Spearfish. The men toured the work that was already done and discussed plans to reduce the road’s grade to a maximum of 8% at a cost not to exceed $20,000. That same year, the Business Club also began planning for a scenic highway from Rapid City to Deadwood and Lead that would also allow access to Crystal Cave. The club also made plans to approach the state legislature about appropriating funds for road construction.

In 1912, Ayres led the Business Club in planning a South Dakota Good Roads Convention in Deadwood that took place February 2 and 3. The goal of the convention was to meet with people from across the state and from Wyoming to coordinate road construction and improvement efforts and create plans to take before state legislature. Ayres also wanted to show off the improvements that had been made to the roads in Lawrence County and to advocate for making the Black Hills a tourist location and gateway to Yellowstone National Park. Panels during the convention covered topics such as “Good Roads as Advertising Asset” and “Interesting Youth in Good Roads.” Frank Peck also spoke about improvements made to roads around Deadwood. Besides organizing a convention in Deadwood, Ayres often traveled to other conventions to advocate for improving the roads in South Dakota.

Lawrence County Commissioners, Ayres is in the front row on the right

As a result of Ayes advocacy for better roads, transportation around the Black Hills improved greatly. On January 17, 1912, the Daily Deadwood Pioneer-Times proclaimed that “steep grades are reduced” and a team of horses could trot all the way from Spearfish to Deadwood. The Good Roads movement ended in 1926 when the federal government created the National Highway System.

George Ayres passed away at his home in Deadwood on May 29, 1939. He left behind a legacy of six surviving children, a successful hardware business, and high quality roads. 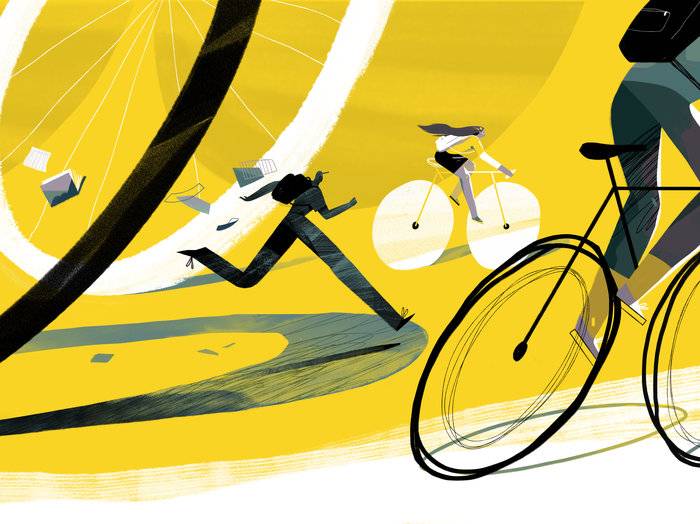 previous Post
Learn
How Admissions Really Work: If The College Admissions Scandal Shocked You, Read This
by laura dimock
•
next Post
On the Other Hand
Saving a Sunday with essential news, even when the paper is late
by kevin woster
•
next Post 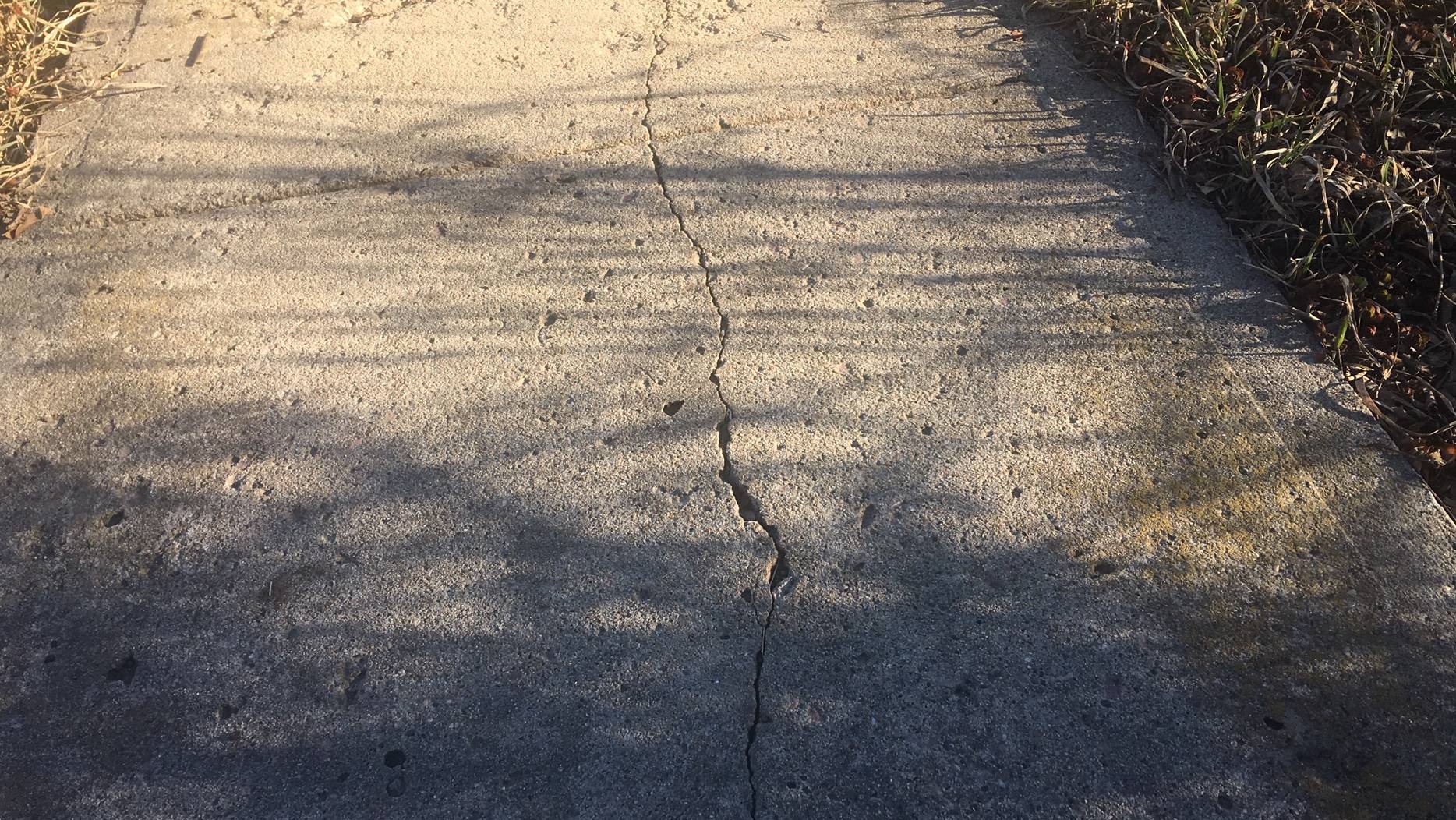