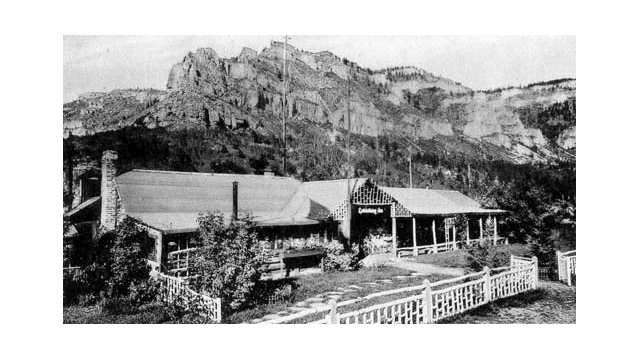 Pre-settlement visitors to Spearfish Canyon in the northern Black Hills of South Dakota faced a nearly impassable tangle of woods and brush growing wild along the fast-moving stream now called Spearfish Creek. The only way in was on foot or by horse or mule.

The discovery of gold in the Hills and rapid growth in mining, timber, and related industries brought the first railroad line through the Canyon in 1893. The line connected Spearfish to Lead and Deadwood via the little town of Savoy, home of the McLaughlin Tie and Timber sawmill.

When the Mill closed in 1906, Glen Inglis purchased the small log cabin that served as the mill's office. In 1909, Inglis and his wife Doris opened the Glendoris Inn and Spearfish Canyon had it's first lodge and eatery. Business was good. The Inglis' built new rooms adjacent to the original structure and added cabins to the grounds.

The railroad was the easiest and fastest way to get to the Inn. This film from (ca.) 1913 shows a train approaching and then stopping at Savoy.

The Inglis' sold the inn in 1919 to Martha Railback and Maude Watts who renamed it the Latchstring Inn because of it's distinctive, frontier style doors. (The latchstring could be left outside a door to allow entry, or pulled inside to prevent it.)

The only way to get through the Canyon and to the Latchstring Inn after the railroad pulled out in 1934 was on a rough and bumpy gravel road. The road wasn't paved and improved until the 1950s.

The hallway of an addition to the Inn earned the nickname "Hard Boiled Alley." (Watch video to find out why.)

The Latchstring Inn would change hands several times over the years and the buildings went through a slow but steady process of decay and deterioration that led to it's closing in 1989. The property was sold to Homestake Mining Company, which deemed it beyond repair. The old Inn and buildings were torn down and a larger Latchstring Inn was built on the site.

More about the Latchstring in and Spearfish Canyon

For Teachers: A school-ready video clip and activity idea are available in SDPB's Digital Learning Library. 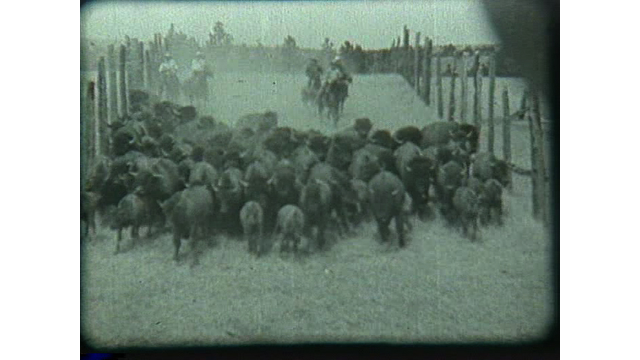 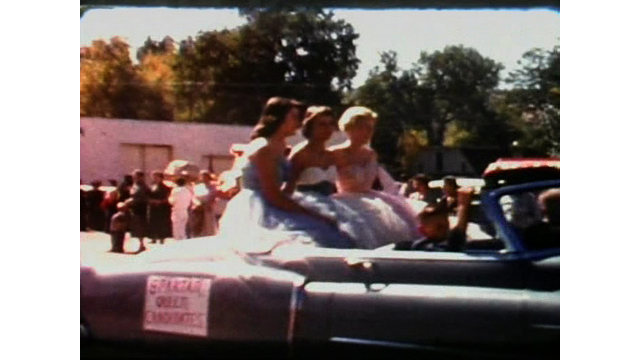