by
Hannah Marshall Bawden - Archivist - Deadwood History Inc
• Published on January 7, 2019 • Last modified on May 4, 2020
Images of the Past

One hundred years ago, on January 6, 1919, Theodore Roosevelt passed away at his home in New York state. Less than a month later and over 1500 miles away in Deadwood, South Dakota, the Society of Black Hills Pioneers proposed changing the name of Sheep Mountain to Mount Theodore Roosevelt in remembrance of the former President of the United States, war hero and an honorary member of the society. A dedication ceremony on July 4th would precede the placing of brass plates honoring Roosevelt. The date was ideal, due to the patriotic holiday and that it coincided with the annual Lawrence County homecoming week. The Society of Black Hills Pioneers were planning the event, but no member was more instrumental in its success than Seth Bullock, former sheriff of Deadwood and longtime friend of Roosevelt.

View from the top of Mount Theodore Roosevelt in 1919.

When writing to the newspaper to explain why Sheep Mountain should be renamed, Bullock noted: "From its lofty summit can be seen the country which he rode when he was a resident of the Dakota Territory." Roosevelt spent much time in Dakota Territory when he was a young man. Roosevelt's ranch, located in what would eventually become North Dakota was, financially, a non-start, but it provided the outdoor enthusiast and lover of the "wild west" a chance to take part in several of his favorite activities including hunting, fishing, and riding. Roosevelt told his son Kermit that it was as he headed back east from the ranch that he first met Bullock. Roosevelt and his traveling companions detoured toward Deadwood and passed over the Star & Bullock Ranch in Belle Fourche where the group was met with some suspicion by a wary Bullock. After convincing him, the group had no nefarious plans, Roosevelt and Bullock began a decades-long friendship. In later years, both men would tell the story of meeting while they were chasing a group of horse thieves.

One of two brass plaques placed on Mount Roosevelt by Society of Black Hills Pioneers.

In many ways, Roosevelt and Bullock were opposites; whereas Roosevelt longed to ride the open plains free from constraints of society, Bullock had been the first sheriff in a reportedly lawless mining town working to bring modern amenities and polite society to Dakota Territory. Despite these supposed differences the men had mutual respect for one another and in the decades that followed each offered valuable support. Bullock often hosted Roosevelt's sons at the ranch, teaching them to hunt, fish, and deal with livestock. During the Spanish American War, Bullock brought together a group of men from South Dakota to fight under Roosevelt. Although these men never saw action, as the war ended while they were still stationed at a training camp in Louisiana, Roosevelt never forgot Bullock’s readiness and ability to inspire the men around him.

The cowboys organized to take part in Roosevelt’s inauguration parade.

Bullock was also a strong advocate of Roosevelt's political career. After his first successful presidential run, Bullock rallied together a group of young cowboys and traveled to Washington D.C. to ride in the inaugural parade. Newspapers explained to readers that the cowboy symbolized Roosevelt's restless spirit and plans for the country. Even after Roosevelt's term as president, Bullock continued to be a political ally, supporting Roosevelt's hand-chosen successor, William Howard Taft.

Bullock stands with William Howard Taft at the train station in Sioux Falls.

For his part, Roosevelt bestowed many honors on Bullock including naming him the first forest superintendent of the Black Hills Reserve (the precursor to today’s Black Hills National Forest) as well as assigning him to various cabinets meant to guide the president while in office. After becoming tired of a lack of "straight shooting company” while on a trip to Europe, Roosevelt sent for Bullock and his wife, Martha. The couple joined Roosevelt in England for several weeks.

Roosevelt’s Tennis Cabinet, Seth Bullock stands to the left of the seated president.

In 1919 Sheep Mountain lay outside the town of Deadwood, so the Society of Black Hills Pioneers respectfully invited the Lawrence County Board of Commissioners to help with the planning of the ceremony. Bullock made several calls to the board members’ offices, discussing plans and campaigning for the creation of a better road to the top of the mountain. Up until that time, a hiking path, cared for by the City of Deadwood, was the only means to reach the summit of Sheep Mountain. Thanks to his determination, Bullock convinced the county to complete a road making the summit available to automobiles, horse teams, and motorcycles as well as pedestrians.

The road to the summit of Mount Roosevelt made the memorial accessible to all.

Perhaps because of the successful campaign to improve the road to the summit, on April 10, 1919, Bullock submitted to Lawrence County, a plan for a tower to be erected atop the mountain, in addition to brass dedication plaques. The plans specified that this “memorial tower,” constructed of native stone, would be 30 feet tall and 12 feet in diameter with an interior stairway leading to a viewing platform. Possibly the most convincing part of the plan for the County was that the Society of Black Hills Pioneers proposed to raise all funds (an estimated $1500) to pay the contractor.

The “memorial tower” as Bullock called it in his 1919 proposal​

Work on the tower was set to begin the week of May 21st, but thanks to South Dakota’s notoriously fickle spring weather, the contractors were delayed until the first week of June. Hanson Brothers Contracting hauled supplies part way up the mountain via a truck and the rest of the way using a two-horse team. It was assured that by the July 4th dedication the road would be complete, all the way to the summit. Builders worked quickly, and by the 3rd the foundations had been set, by the 6th the middle part of the tower was raised and by the 10th, one-third of the tower was complete. The Hanson Brothers assured everyone that the tower would be handed over to the Society of Black Hills Pioneers by June 30th, if not sooner. It was sooner, on June 21st, that the tower was complete and ready to accommodate the hundreds of visitors set to arrive for the dedication ceremony.

Program from the July 4, 1919 dedication ceremony.

From the first announcement of the dedication, Bullock had set his sights on having General Leonard Wood provide the oration at the dedication ceremony. General Wood had been commander of the Rough Riders during the Spanish-American war and a personal friend of Roosevelt. In May, Bullock took a train back east to visit with Wood and discuss details of the oration. During the same trip, Bullock also spoke with and invited a number of distinguished figures to attend the dedication ceremony. The Weekly Pioneer Times reported, “It is now certain that representations of prominent people will be present from the Atlantic to the Pacific.” South Dakota Governor Peter Norbeck was also scheduled to speak.

General Wood gives the oration during the dedication ceremony.

On July 4, 1919, hundreds of people traveled to the summit of the mountain that would be officially renamed “Mount Theodore Roosevelt.” The event was so well coordinated that not a single accident occurred on the road packed with cars, horses, and pedestrians. Dozens of photographers, journalists, and filmmakers were on hand to cover the event, and although starting a bit late, the dedication went off without a hitch. The crowd called for Bullock to speak, even though he was not scheduled to do so. After some hesitation, Bullock rose to say a few words: “I knew that when we were building this monument and dedicating this mountain, I was not only pleasing myself but pleasing you.”

Bullock passed away two months after the dedication ceremony, but in that short period he continued to stress the importance of Mount Roosevelt and the “memorial tower.” He urged local theaters to offer showings of a film from the dedication ceremony and even took a journalist writing a book about the “spirit of the west” up to the tower, where he reminisced about his friendship with Roosevelt. The tower became commonly known as the “Friendship Tower” in the months following Bullock’s death. It is often said that Bullock wished to be buried above Mount Moriah Cemetery, so his grave looked out towards Mount Roosevelt.

Program from the 1966 Rededication Ceremony when the Society of Black Hills Pioneers donated Mount Roosevelt to the Forest Service.

The Society of Black Hills Pioneers maintained Friendship Tower until 1966 when it was donated to the United States Forest Service in order to provide the best maintenance possible. Friendship Tower was added to the National Register of Historic Places in 2005 and will celebrate its 100th anniversary this July 4th.

Seth Bullock poses at the base of Friendship Tower on July 4, 1919. 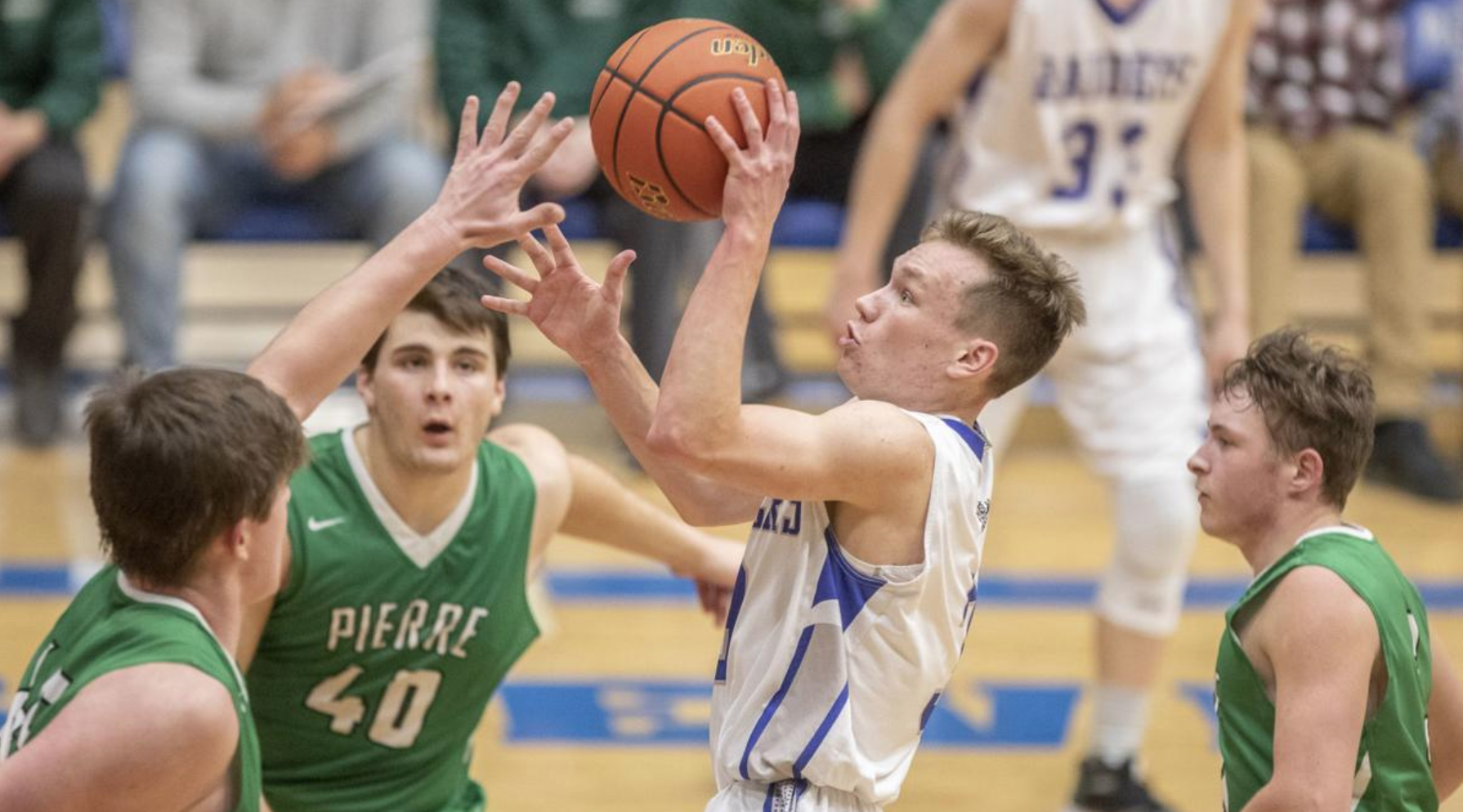