The year was 1909, William H. Taft was elected president of the United States; the Queensboro Bridge linking Manhattan and Queens opened; the National Association for the Advancement of Colored People was founded; the first Lincoln head penny was minted; and the Alaska-Yukon-Pacific exposition world's fair opened in Seattle. One hundred and nine years ago, the country was a dynamic, creative, inventive, and productive place.

But, what was happening locally at the time? One very important event with significant consequences occurred at the Homestake Mine—production was shut down as the result of a labor dispute.

Seeking to increase its membership, representatives from the Western Federation of Miners union came to Lead in late 1909 to drum up business. Preliminary visits to the area led union representatives to believe that the time was right to apply pressure to the miners and Homestake's management. Within just a few days after their arrival, the representatives put forth a resolution demanding that former union members* immediately reinstate themselves as members in good standing and further requested that all eligible men working at the Homestake Mine join the union or face the consequences of their decision.

While this act was intimidating and many non-union mineworkers felt pressure from union mineworkers to join, it was nothing compared to the tensions that arose just a few weeks later after a second resolution was issued. This resolution stated that union members would refuse to work alongside any employees who had not joined the Western Federation of Miners union on or before November 25, 1909.

This booklet contains a membership card and the constitution and bylaws for the Western Federation of Miners. The booklet belonged to William Christianson of Lead. Date: 1909. Photo courtesy Deadwood History, Inc., Adams Museum Collection

Seeing the reality of a strike as eminent, Homestake mine superintendent Thomas J. Grier beat the union at their own game and threatened a lockout, thereby putting an end to the strike. The lockout began, as promised, on November 24, 1909, and continued through the remainder of the year. Needless to say, the Thanksgiving and Christmas holidays were very bleak for many of the families that depended on the mine for their livelihood. The financial hardships were immediate and real.

As 1910 approached, the town of Lead was hurting. What money the union did provide during the lockout was not necessarily enough for many families to make ends meet. Feeling the financial burden, some families packed up and left town for job opportunities elsewhere. With many of the miners having little or no discretionary income, some of the local businesses were hard hit by the lockout as well.

Unable to foresee what the future would bring, but anticipating there could be destructive trouble ahead, Homestake hired over 100 guards and Pinkerton detectives for security purposes. These men were placed at critical points on Homestake property and also at the homes of company officials.

Superintendent Grier let it be known that once the lockout was lifted Homestake would employ only non-union workers. Those who signed a non-union register would be given the opportunity to come back to work. The register stated that in consideration of being employed by Homestake they would agree not to become a member of any labor union. This approach, along with recruiting mine workers from other states, worked for Homestake.

In 1909, the practice of refusing to employ union members was completely acceptable. It was not until Congress enacted the Taft-Hartley Act in 1947 that this type of labor practice was no longer tolerated. Known as the Right to Work laws, USC Section 60-8-3 states "No person shall be deprived of life, liberty, or property without due process of law. The right of persons to work shall not be denied or abridged on account of membership or non-membership in any labor union, or labor organization."

On January 8, 1910, after 54 long days, Grier lifted the lockout and re-opened the mine. The bare-bones crew was able to provide only enough ore for one mill to operate. It was a start, and it definitely sent a clear message to all those who wanted to work for the Homestake Mining Company. By March 3, 1910, the entire mine was operating at full production and the familiar sound of more than 1,000 stamps continually pounding could be heard again in Lead.

Some of the many stamps put back to work when the lockout finally ended and miners returned to work. Date: 1921. Photo courtesy Deadwood History, Inc., Homestake Mining Company Collection.

For nearly 90 years the Homestake Mine remained a non-union operation. During those years, however, the unions were not just sitting idly by. Several orchestrated visits by union representatives to Lead were made in efforts to recruit and strengthen union membership. None of these efforts were successful until 1966 when the United Steel Workers of America were voted in by a narrow margin.

The lockout of 1909-1910 may not have led to union organization but it did provide momentum to bring about several positive changes for Homestake Mining Company employees in the years that followed. Some of those changes included:

--In 1910, all medical services provided at the Homestake Hospital were free to workers and their dependants. The Aid Fund was established which provided accident, illness, and death benefits for employees. Each employee was charged $1 per month and the company put in $1,000 a month.

--In 1912, every employee on the payroll was given an annual seven percent bonus. Then, five years later, wages were increased for the first time since 1877—a 40 year status quo stretch. Wages were increased anywhere from seven to sixteen percent depending on the type of work performed.

--The Homestake Opera House and Recreation Building were built and gifted to the city of Lead in 1914.

--Very important improvements were made to safety practices. In 1916 an official Safety Department was established. Up until 1918, an average of 18 deaths per year occurred. To put it in perspective, the national average for mine deaths per year was seven. After 1918 only one to two deaths occurred each year at the Homestake Mine.

Listen to an interview with Carolyn Weber, Director, Deadwood History Inc., on SDPB Radio's "In The Moment" program on Monday, Nov. 5, 2018. 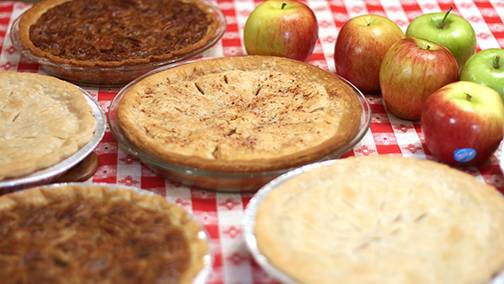