The Man Behind the Museum: W.E. Adams’ Legacy 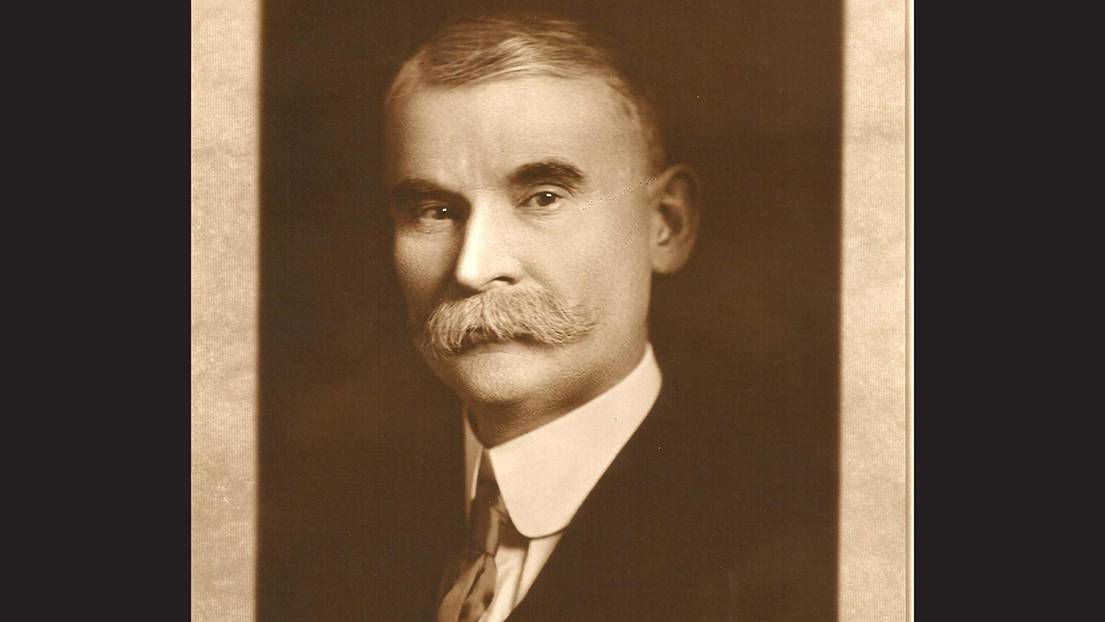 All Images Courtesy: Deadwood History, Inc.
Images of the Past

When thinking of the legendary people that helped shape the formation of Deadwood, images of Wild Bill Hickock, Calamity Jane, and perhaps Seth Bullock come quickly to mind. While these sometimes nefarious characters are integral to the history of the area, another local man arguably created a more tangible, lasting legacy for the city of Deadwood and the surrounding Black Hills. That man was W.E. Adams, the name behind the Adams Museum, the Historic Adams House, and the Homestake Adams Research and Cultural Center. The Adams name is a prominent one in Deadwood but who, really, was W.E. Adams?

William Emery Adams was born in Michigan on May 13, 1854 to parents Sarah and James. Adams began working early. As a teenager, he moved to Minneapolis to work for the American Express Company, which at that time operated as a freight business. In 1877, not long after the death of their beloved mother, W.E. moved with his older brother, James, to Deadwood, Dakota Territory. Together, the two brothers opened a grocery store on Main Street. They called their business "Banner Grocery." Unfortunately, their building was one of those consumed by the great Deadwood fire of 1879. The brothers rebuilt, starting over in a one story building on the opposite side of Main Street.

In the mid-1880s, they moved into another building Main Street building. It was during this period they renamed the business to include “Adams Bros.” They later moved to yet another Main street building.

With a burgeoning business, W.E. was able to provide a happy and comfortable lifestyle for his wife and children. They changed residences in Deadwood several times, each time moving into a larger and more elegant home.

In 1889, James Adams left Deadwood and the Adams Bros. company for California. In 1894, W.E. began building a new store on Sherman Street, continually adding to the structure until it became known as the Adams Block Building.

The structure began as a two story building, which W.E. continued to build onto over the next fifteen years. The block was ultimately four stories high with a water-powered elevator, tailored specifically to the businessman’s needs.

Around the turn of the century, Adams began focusing less on retail and more on his wholesale business, growing it into one of the largest wholesale houses in the state.

By this time and into the ensuing decades, Deadwood had transformed from a primitive mining camp to a commercial epicenter, with W.E. in a prominent place at its helm.

Aside from having a successful business, W.E. had a great impact on community affairs. He served six terms as mayor, making great improvements in the city’s economy with each term. He was very involved in the city’s Chamber of Commerce, including involvement with the Days of ’76 Celebration, which began in 1924. With his business savvy and amenable personality, W.E. was a welcome board member for several local banks and service organizations, as well as being involved with the local Masons. Remembered fondly as being approachable and kind, W.E. was an easily recognizable figure in the town of Deadwood.

Both a formidable political opponent and a tender family man, W.E. was deeply involved in the growth of Deadwood from the 1870s to the 1930s. There is no doubt that W.E.’s largest contribution to the townspeople of Deadwood was his gift of the Adams Museum in 1930. After being approached by the Deadwood Businessmen’s Club, W.E. agreed to finance the purchase of the lot and construction of the building.

He chose an apt location; directly across the street from his Adams Block building. W.E. also had a personal reason driving his desire to build a museum. He was hoping for an outlet to honor his first wife and two daughters, who had all passed away prior to 1930.

Although operation of the museum was turned over to a board of directors who were responsible for the acquisition of many of the great artifacts currently housed with its walls, W.E. proclaimed that the museum would be free to the public, showing his honest concern for the education and well-being of others.

Adams’ legacy is perhaps best summed-up in the dedication etched on the family mausoleum in Pasadena, California: “A philanthropist and a friend to all mankind and through whose generosity Adams Memorial Hall was erected in Deadwood, South Dakota and dedicated to the pioneers of the Black Hills of South Dakota.”

Ultimately, W.E. was a self-made man who enjoyed and appreciated his wealth with others in mind. He devoted much time, energy, and resources to Deadwood and the larger Black Hills region. The centerpiece of his lasting legacy, the Adams Museum, still fascinates, educates, and preserves history for locals and visitors alike.

Above: W.E. stands outside of his final home, a Victorian mansion located at 22 Van Buren Street in Deadwood. Adams' home is now a museum - the Historic Adams House.

Learn more about the house and about W.E. Adams in this "Images of the Past" video presentation, "The Houses of Adams and Pettigrew."

The Houses of Adams and Pettigrew

The restored homes of two prominent South Dakotans at the turn of the 20th century.