In South Dakota we are always talking about the last big snowfall or storm. We all have memories of a particular storm, but how do they really compare? On February 8th and 9th, 1909 the region experienced one of the largest snowfalls on record. The storm began in Sioux Falls at about 2:00 PM on Monday and ended early Wednesday morning. Officially the storm dropped 21” of snow in Sioux Falls. The snowfall was occompanied by high winds which created large drifts.

Several photographers in the region photographed the aftermath of the storm. Before radio or TV the newspaper was the principle way people tracked the storm outside of their window view.

Blizzard conditions from the Rocky Mountains to the Appelachians.

Huron – no trains moving, visibility ¾ of a block.

Vermillion- 12” of snow, high winds, no school or trains

“Sioux Falls Worst in Many Years”

Reports from Sioux City and Elk Point two feet of snow on the level and some railroad cuts with 20 feet deep.

“Sioux Falls awoke this morning to find the City buried in snow. Some places the snow was four to ten feet in depth.”

Mayor Doolittle was up at 5 o’clock and had street crews and the city fire department setting the example for snow removal for the citizens in general.

Some people from outlying parts of town used skis to move around.

Oscar Solie made snapshots of different scenes about the city.

Oldtimers such as Steve Donahoe compared the storm to October, 1880 saying there was more snow.

Other famous big blizzards in Dakota.

Blizzards do not always mean large snowfalls. Several are before there was any type of official record of the amount of snowfall.

The Long Winter, October 14, 1880
Began in Sioux Falls with a drizzel in the early afternoon. The rain turned to snow before dark and continued to snow and blow all of the next day.

Children’s Blizzard, January 12, 1888
Early day settlers believed this was the worst snowstorm in ferocity. Large amount of loose snow on ground. 60 to 70 mile per hour winds with temperatures falling from freezing to 30 below zero.

Black Blizzard, November 12, 1933
The wind began to rise at noon. Wind volocity of 40 to 60 miles per hour. The temperature dropped at a rate of 6 degree per half hour through the day. The wind abated at midnight.

Armistice Day Blizzard, November 11, 1940
Began on a Sunday morning with sleet that turned to snow. Winds in excess of 65 miles per hour with temperatures below zero. The ¼” of snow was turned into drifts several feet deep. 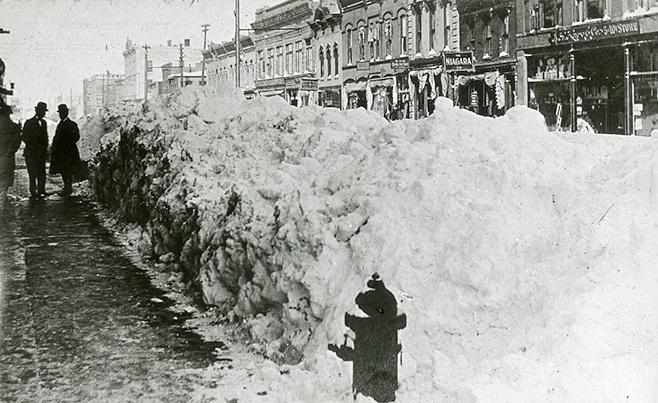 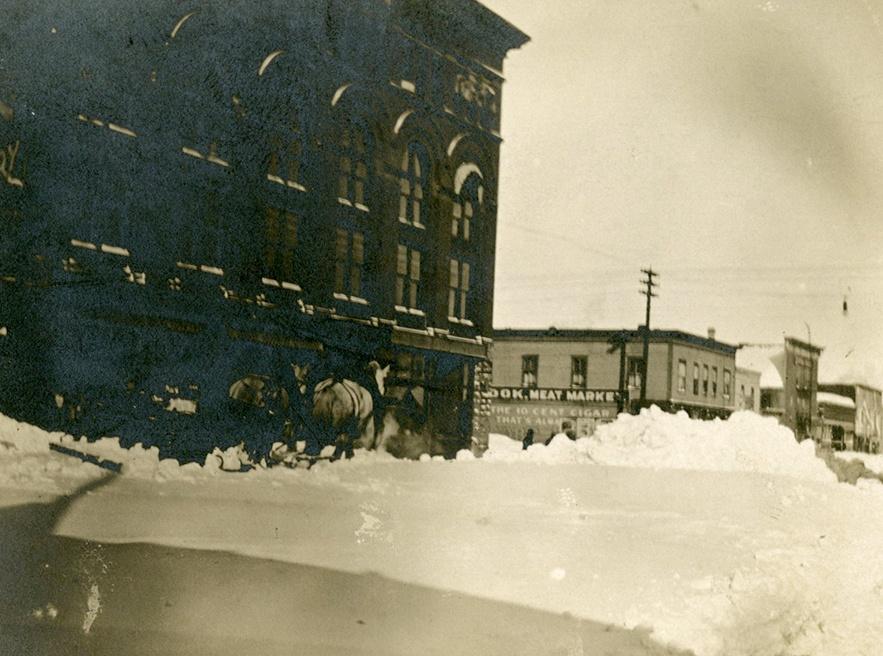 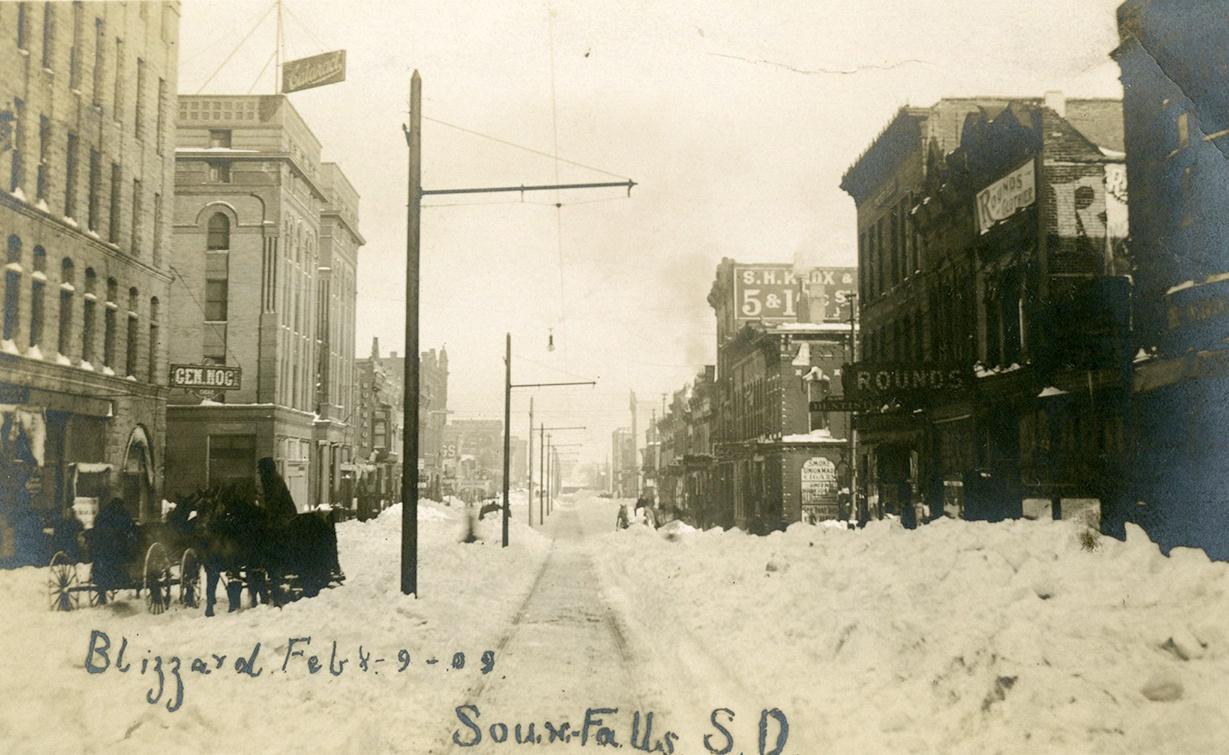 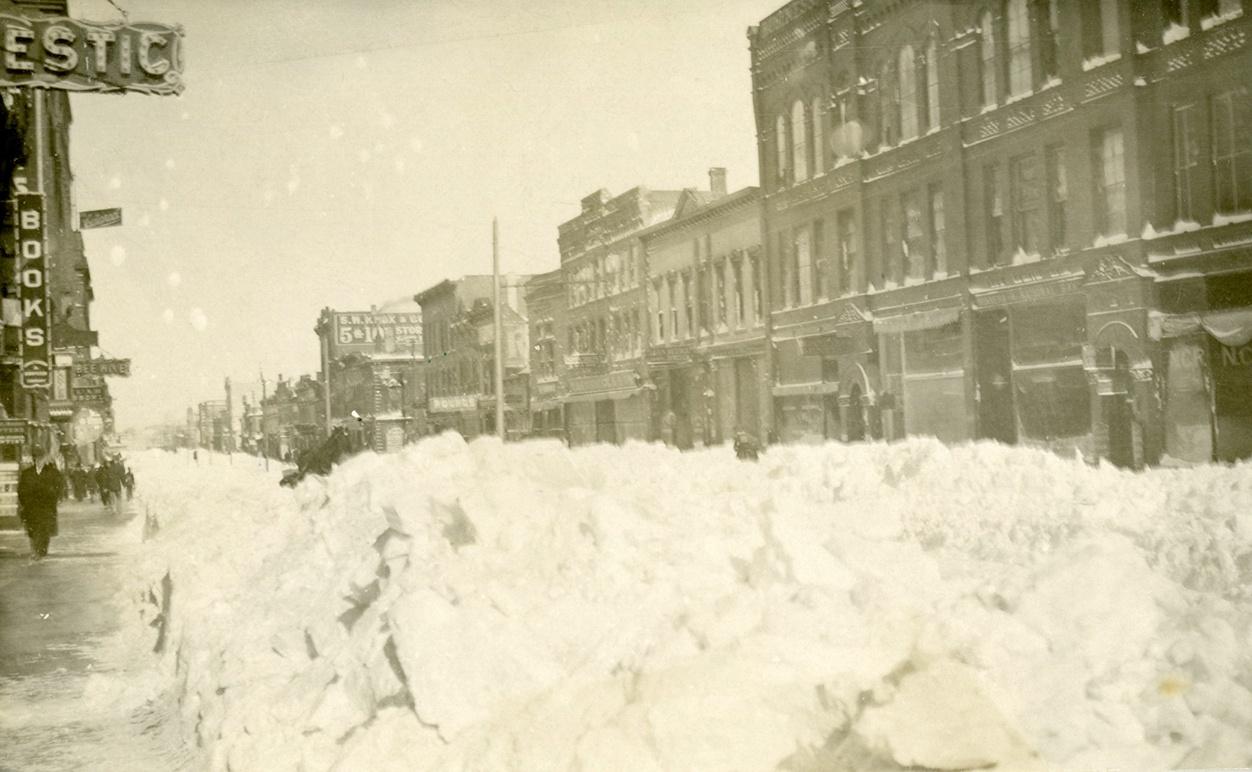 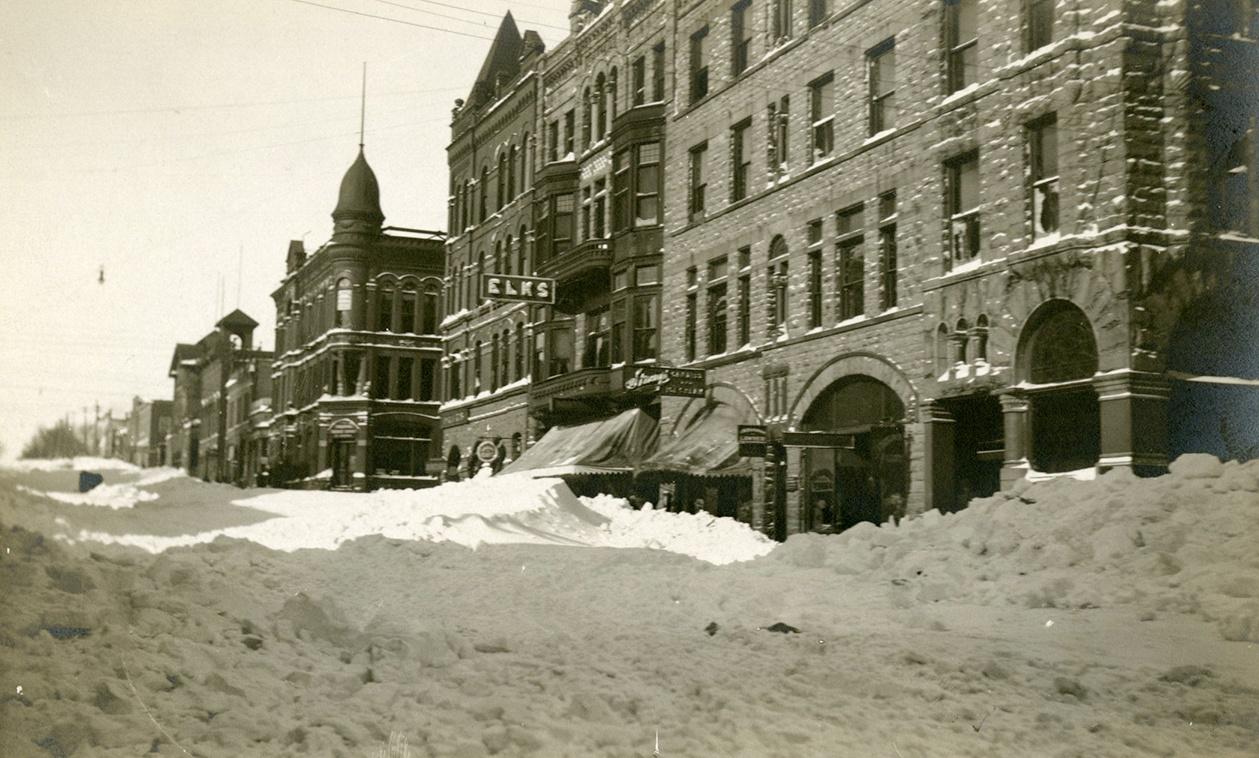 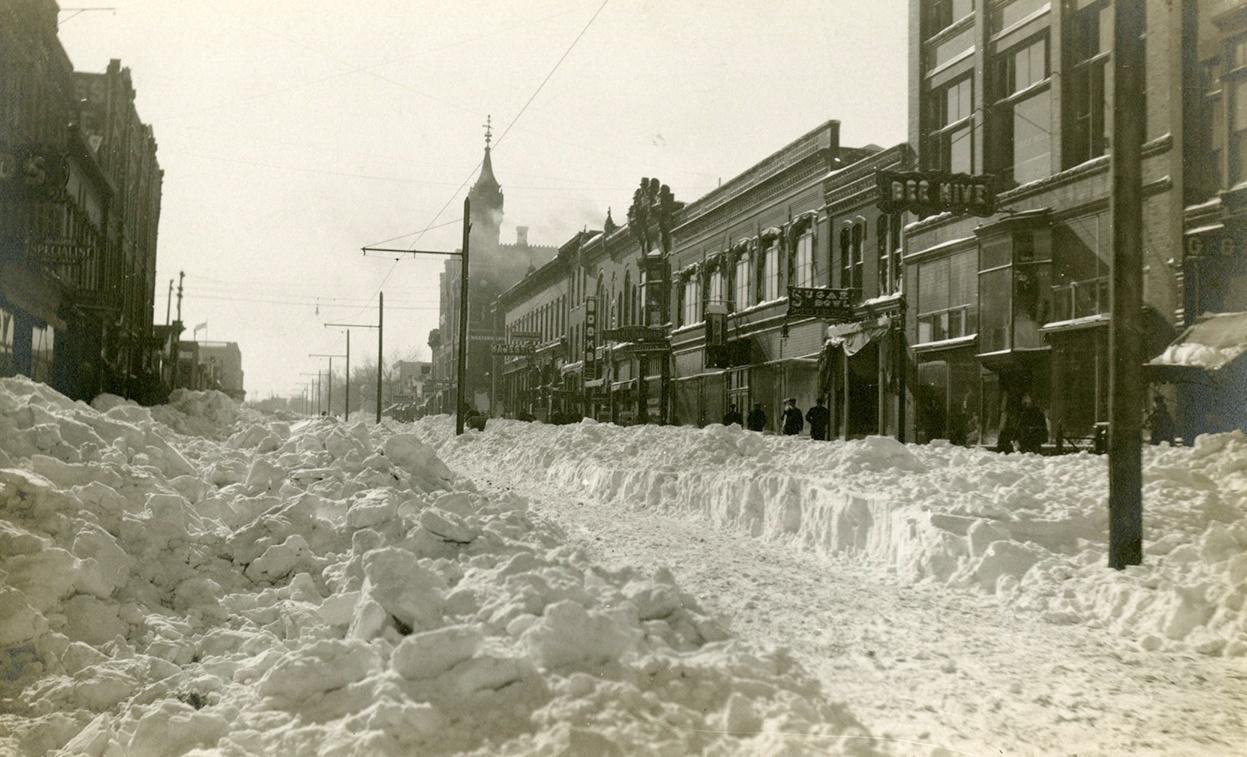 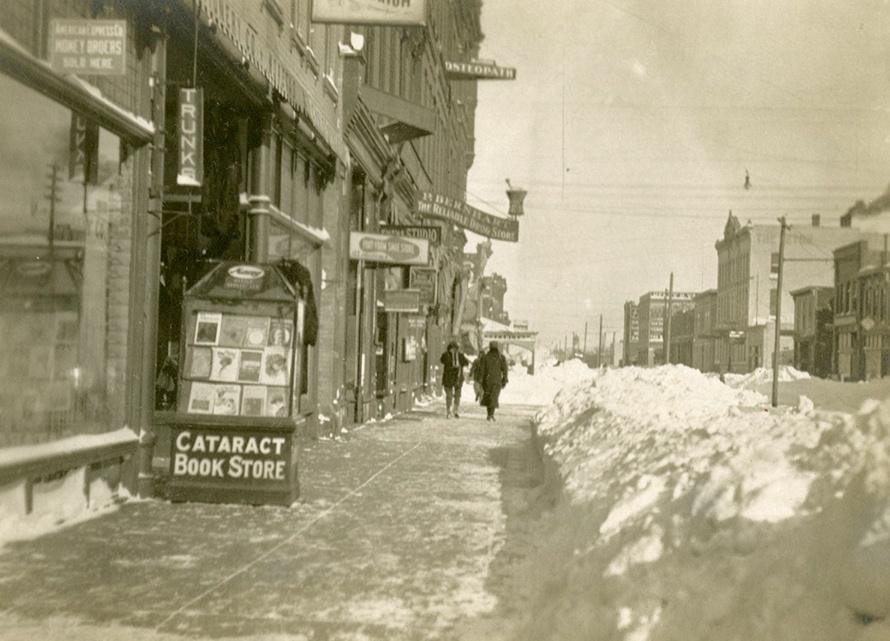 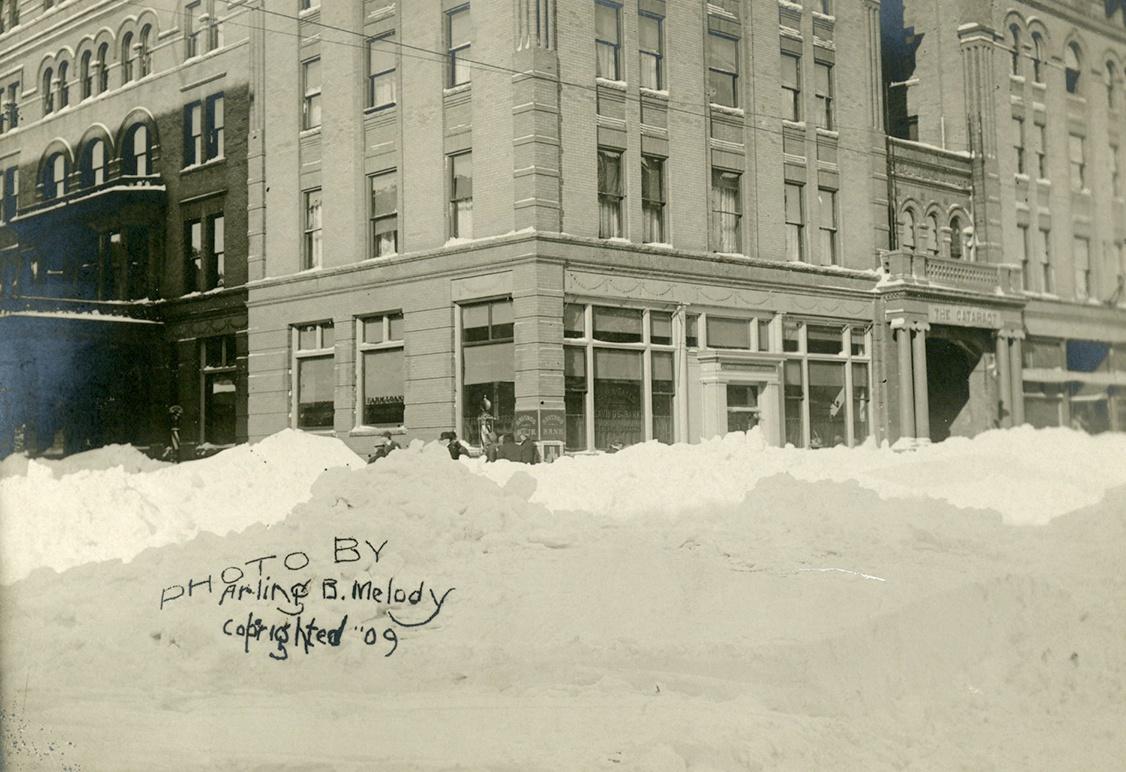 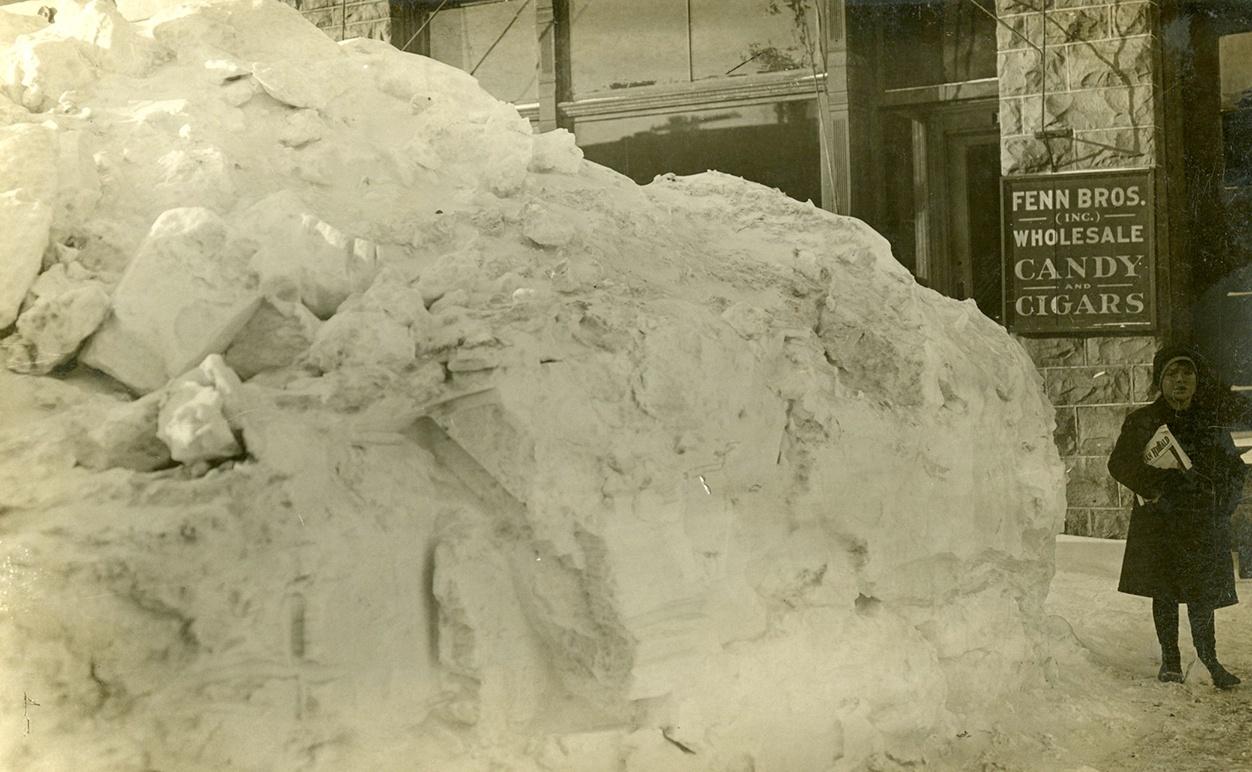 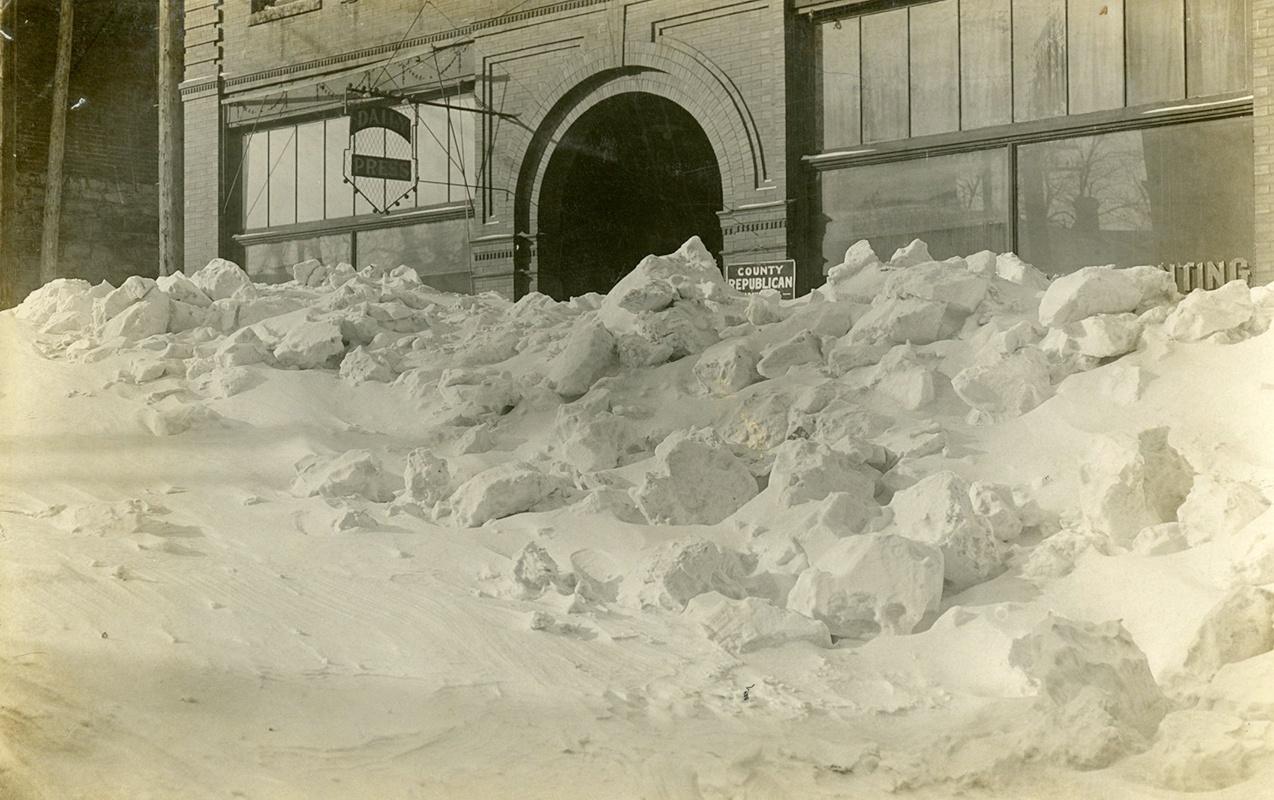 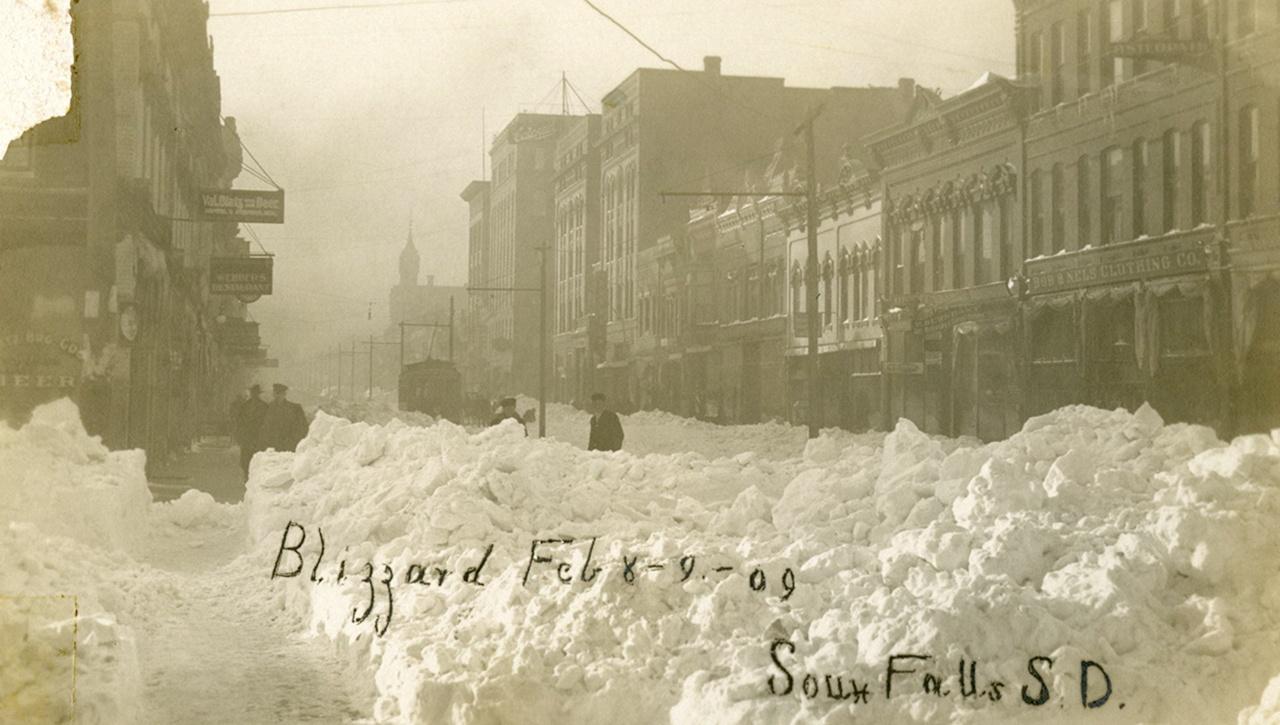