The Story of Anna Gerard

by
Jessica Michak - Archivist - Homestake Adams Research and Cultural Center - Deadwood History Inc.
• Published on May 2, 2016 • Last modified on May 3, 2020
Images of the Past

The story of Anna Gerard’s travels to Deadwood in August 1878 is well documented through a lively and comprehensive diary. Traveling with her husband, Joseph, she details the hardships, happy moments, and unique perspective on the four day journey. The often unglamorous and harsh realities of stagecoach travel are especially poignant when read through Anna’s point of view.

Anna and Joseph Gerard began their journey to Deadwood by train from Omaha, Nebraska to Cheyenne, Wyoming Territory. The two were traveling to Deadwood to meet with Joseph’s brother and his family, and to make a life for themselves in the pioneer town. Once in Cheyenne, they went to the stage office, where they watched with fascination as the stagecoach was loaded for the journey.

“Stopping there to ‘load up,’ they began taking on baggage and boxes till one would wonder where they could find room to stow away so much; then several mail bags were deposited in the boot, then lastly the passengers got in and we were enroute for the Hills.”

On August 13th, 1878, they began the first day of their stagecoach journey. They encountered several other riders, though the two that appear to have made the biggest impression on Anna were a Captain and Mrs. Munson, who would travel only part of the trip with them.

Unfortunately for Anna, the journey soon took a turn for the worse as she began feeling sick. She attempted to drink wine offered to her by Captain Munson, but that did not help, nor did brandy and lemon, which she tried at the first stop, or ranch station, on the route. The stage lines used these stations, which were approximately every ten to fifteen miles, in order to rest and change horses. The stage stops often varied in appearance and comfort.

Anna rode on the outside of the coach from the first stop to the second, which seemed to help with her motion sickness for a time, but relief was short-lived.

“I was too sick to sit up and the motion only made me worse if I tried to lie down.”

They reached the station of Chug Water around seven on the first evening where they rested, ate, and were able to wash their faces. They didn’t rest long and soon continued on their travels overnight, reaching Fort Laramie around two in the morning. Although it was a beautiful, moonlit evening, Anna still suffered from sickness—and was very sorry to see her friends Captain and Mrs. Munson leave them.

“…here our friends bade us goodbye and hoped to see us soon again as they thought of going to the Hills next spring. We were real sorry to part with them for it would have been so pleasant to have their company all the way. Mrs. M. took down her hair and gave me the hairpins for I had lost all mine, and he left me his bottle of wine which they had been dosing me with.”

As the journey continued, so did Anna’s illness, however, drinking wine seemed to be having a better effect on her.

“I am quite convinced that wine and other liquors are really necessary to use while crossing the plains as one cannot drink water and the thirst becomes intolerable. Nor do I blame anyone for wanting the beer.”

By ten a.m. that morning, they had reached Raw Hide, the breakfast ranch. After a good breakfast, strong coffee, and some rest, the coach was on the move again. They rode on the outside of the coach, with the driver who was agreeable and talkative about Western life. As the hours passed, they again moved into the interior of the coach heading towards the Hat Creek Ranch.

“As we approached hat Creek, the scenery changed from prairie to steep rocky bluffs, immense rocks of limestone in gigantic form, looking like marble so white, met our view, some were in forms to resemble huge animals and some like statues while others in great cliffs projected from the bluffs.”

Until this point, the stage coach had followed the route of the telegraph line, but at Hat Creek, they separated.

“We had followed the line of telegraph all the way until now we separated and branched into opposite directions. Hat Creek being the last office we passed. We left about four o’clock and within the past week some of the stages had been attacked by road agents. So from this point they took precautions of safety by guarding with armed men. Two “messengers” well-armed rode on fast horses a little in advance while three men mounted the top with the driver.”

Despite the armed detail over the next many miles, Anna describes the entire affair as being ludicrous, and never having felt safer. Although the men took their guard incredibly seriously, keeping a sharp lookout, Anna found humor in the situation and safety in being present.

“These ‘road agents’ will demand and take money, jewels, or anything they want but have never been known to shoot when there were ladies in the stage, for this reason the driver always feels safer when he has lady passengers.”

The precautions proved to be unnecessary as the entourage reached the Lands End Station at 10 p.m. on the second day with no event. They were forced to sleep there as the creek nearby had risen rapidly and was not forgeable. After waiting until one p.m. the next afternoon, August 17, they finally left the Lands End station and continued on; only to be slowed yet again when the coach became stuck in mud.

Despite the delays, the coach made it to the Cold Spring ranch by midnight that evening where they encountered another unique stagecoach.

“Here too, we met the “Iron Clad” or Treasury Coach going from Deadwood…it was of ordinary size and covered with an iron plating to afford a protection against invaders. In the middle is a heavy iron safe with combination lock while four men, two on each side, armed with weapons of all kinds keep guard. In this manner, gold, silver or anything of value is carried to Cheyenne.”

They continued on and the next morning reached Spearfish Valley.

“…I was not prepared for the beautiful sight that greeted us on every side when after riding a few miles we entered Spearfish valley…Such a creek! It did one good to see the clear, sparkling water flowing rapidly over a bed of solid stone, apparently limestone, every now and then forming miniature cataracts as it would fall over a ledge or step in its descent while from the very water’s edge far as the eye could read were flowers of every size, shape, and color.”

As they continued into Spearfish valley, the terminology behind the naming of the Black Hills became abundantly clear to Anna. The ride turned incredibly bumpy as they traveled along the stream over the rocky road.

“We were jolted up and down till I really thought there would be nothing left of us but pieces. We were now in the mining district and everywhere could see mines either in operation or abandoned, passing log cabins or tents made of canvas and meeting the miners going to dinner. We passed a little town named Pennington and another I have forgotten and finally reached Deadwood.”

They entered Deadwood from the South and made their way to the stage office where they were met by Joseph’s brother and several other men. Joseph’s brother’s wife and children welcomed them, thus ending their tumultuous journey to the Black Hills. Despite some beauty seen along the way and good company, Anna seems to have had her fill of stagecoach travel.

“…at present I don’t think I could be induced to take another for although there is nothing I love more than natural scenery, yet I never had any desire for wild adventures or cared for roving about but it seems to by my fate and I might as well accept it. When we go back we are going in a wagon and camp along the road but I won’t go in a stage.”

The Gerards remained in Deadwood for the rest of their lives, where they raised their son, Willie, and Joseph found work with his brother Martin as a barber. Anna’s diary provides an incredible insight into the functions of transportation on the stagecoach in the 1870s.

Listen to an SDPB Radio "In The Moment" interview with Jessica Michak, Archivist, Deadwood History, Inc. 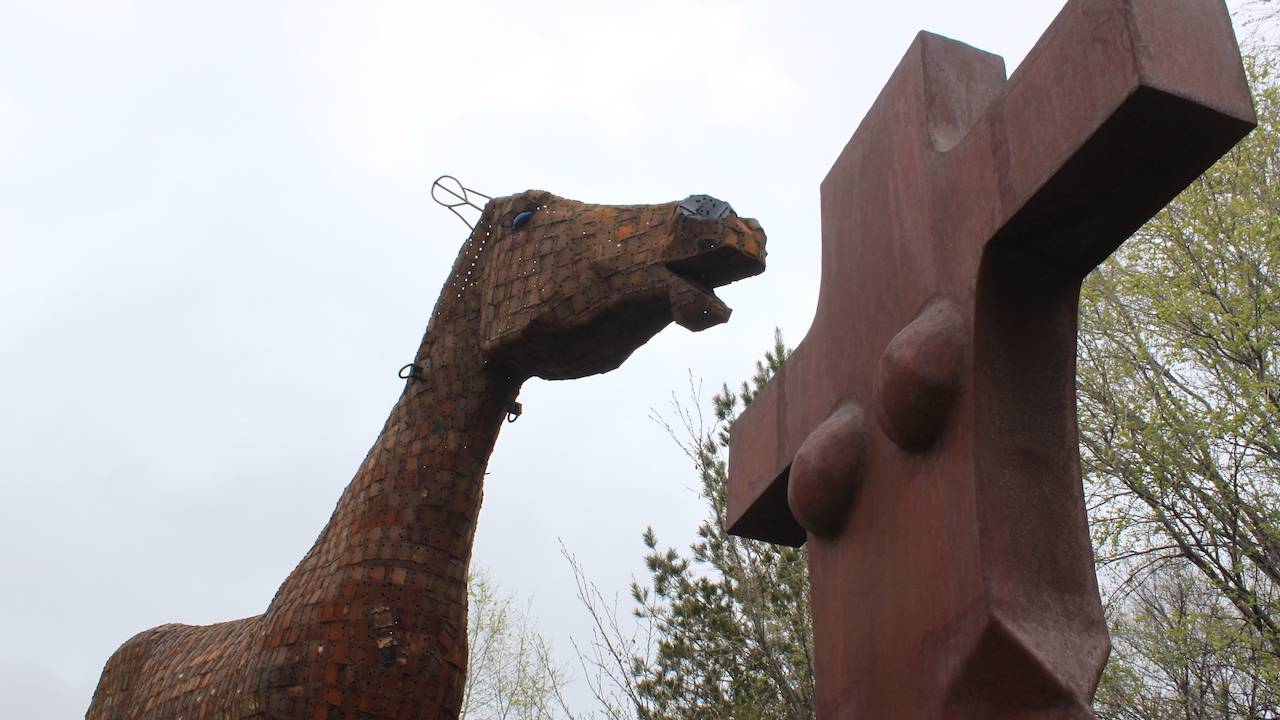 previous Post
Living
The Horse Years: Wayne Porter Wraps Up Another Winter's Work on His Horse on the Hill
by michael zimny
•
next Post
Sports & Recreation
2015-16 Winter Academic Achievement Team Awards
by nate wek
•
next Post 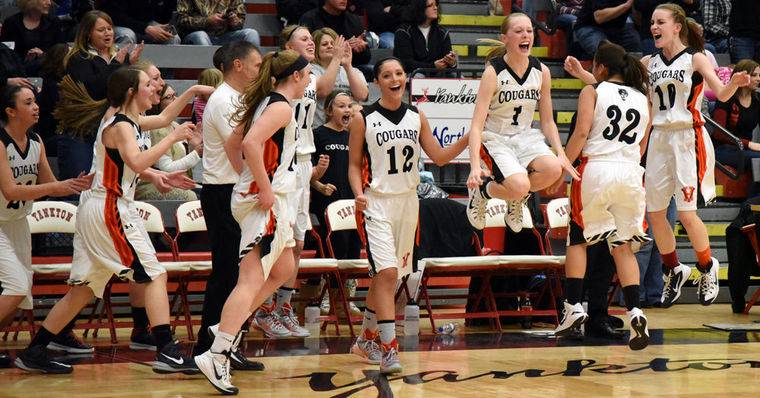