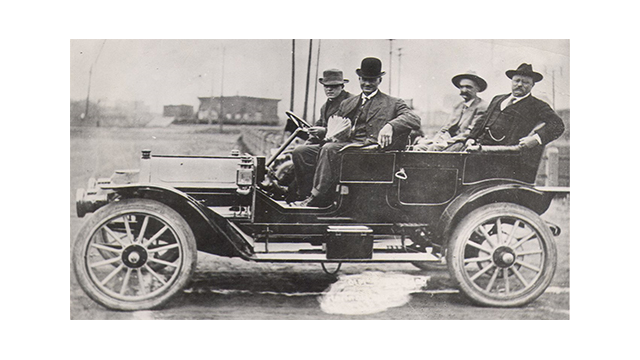 In 1908, 19 year old Thomas L. Fawick built an original automobile in his shop on West 13th Street in Sioux Falls. Originally named the Silent Sioux and later the Fawick Flyer, the car could seat five passengers.

The coach was made of aluminum instead of steel. The four-cylinder, 40-horsepower engine propelled the car at up to 60 miles per hour. (The speed limit in Sioux Falls at the time was 7 mph, 4 mph around corners.)

Fawick built 5 of the automobiles in Sioux Falls and sold them for $3,000 each. Each of the autos was slightly different. One variant included doors for both the front and rear compartments, making it the first four-door automobile ever manufatured in the U.S.

Fawick left Sioux Falls in 1914, living and working in Iowa, Wisconsin, and Cleveland Ohio. An apparently tireless inventor and innovator, Fawick was the holder of some 300 patents, from industrial parts and machines to America's first rubber golf club grips.

In the photo below, children pose beside a Fawick Flyer and aim "Yankee Boy" toy cannons designed and manufactured by Thomas Fawick's brother, Nevis Oscar Fawick.

Fawick was also a musician who built violins, wrote music, and collected art.

The Siouxland Heritage Museum’s Fawick Flyer was restored by Thomas Fawick in 1955 to its new condition and the car was donated to the Museum in 1987.

For Teachers: Activity idea is available at PBS LearningMedia.

Learn more about the life of Thomas Fawick. 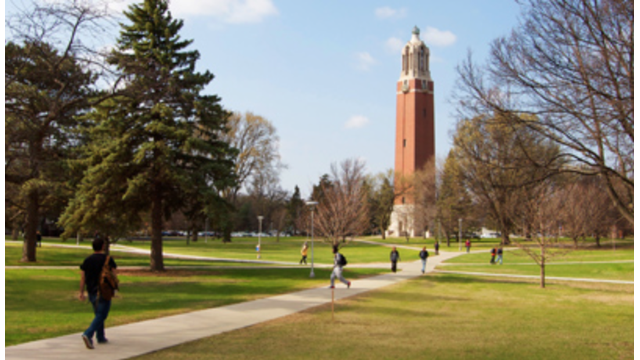 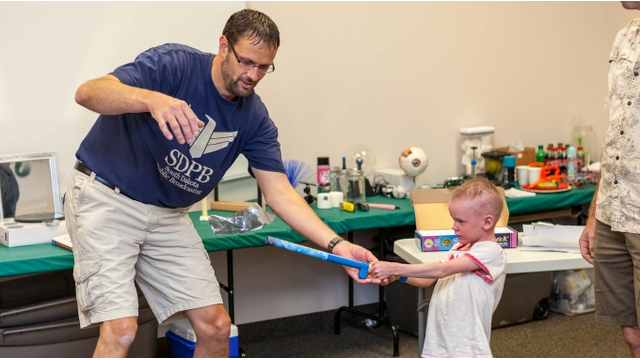