Celebrating things that matter back in a landscape of enduring love

At least once or twice a year, I walk family ground behind my dog, hoping to shoot a rooster or two.

It’s as much an emotional imperative as stopping at St. Mary’s Cemetery near Reliance and spending some time in prayer over my kin or visiting what was once our farmstead as it decomposes ungracefully under the relentless weight of not-so-benign neglect.

There are other ways to reconnect with a landscape of enduring love. Driving through it at sunrise matters. Sitting silently in it at sundown matters. Peering through binoculars at wild things that live in it matters. Pitching a plastic jig into hopeful waters where bass and perch and pike await — that, too, matters.

And hiking out from the section line to a cousin’s lonesome gravesite on a grassy ridge that falls away toward the Missouri River matters in the most elemental and meaningful of ways.

But nothing matters more on a balmy, late-autumn day just before winter arrives than four or five miles of briskly paced footsteps on family ground, with gun in hand and a springer spaniel snuffling along a trail of bird scent up ahead.

It’s hard to explain to those who don’t hunt why such hunting time matters so much. But maybe it’s easier to explain why the place being hunted matters, most of all.

For me, that place is and always has been the piece of northeast Lyman County within view of Medicine Butte, and particularly that smaller piece within an easy moped ride of our farm northeast of Reliance. This is a practical geographic limitation that matters beyond the actual miles. But the miles matter.

My second-hand Sears Allstate moped wasn’t the only factor in defining the general boundaries of my most beloved home turf. But it was a factor — a blue-smoke, two-cylinder factor that carried a 12-year-old version of who I would become beyond the easy pedaling territory of a Schwinn.

With certain limitations, of course.

It was no easy thing, after all, piloting that gangling, underpowered, poorly balanced moped on the rutted dirt and washboard gravel of the country roads around our farm. It was treacherous travel much of the time, in fact, especially when you met a bloated grain truck bouncing along in the opposite direction.

Ten or 15 miles one way was about all I could handle on that two-speed moped. That was especially true that summer of my 13th year when the fractured humerus in my right arm had healed but the nerve damage lingered. That left me with a limp, partially numb right hand that would take most of a year to revive.

The plaster-of-Paris cast was off and I could squeeze with my right hand but I couldn’t yet lift it. So I draped my hand over the right handgrip, which was the accelerator, squeezed and dropped my elbow down far enough so that the arm angle revved up engine. I could drive that way, sort of, slinking sideways to the right and hunched over, with my feet on the pedals in case the little motor needed help on a hill.

And I was quite a sight, traveling back from fishing spots hither and yon. I sometimes had a Cenex bucket holding bluegills hung from a handlebar, along with an assortment of fishing rods strapped in a porcupine-like tangle on the inhospitable metal rack on the rear fender that could, in an uncomfortable pinch, actually accommodate a passenger.

I rarely had a rider, however; nor was I often accompanied by anyone other than my old Labrador-water-spaniel cross, Nipper. And he lost interest if the trip’s destination was more than a mile-or-so lope away.

My range would expand considerably during my teenage years, thanks to Honda and Kawaski motorcycles with no pedals, bigger motors and much-more-comfortable rides. And when I became the last Woster sibling to “own” the hand-me-down ’57 Chevy, the geographic limitations of the moped were soon forgotten.

But not, perhaps, at the cellular level.

The moped and my travel during those highly formative early teen years played an essential role in defining the heart of the landscape that, even today, produces a magnetic pull that’s impossible to resist. But then, I don’t try much to resist, either.

So Wednesday I was every bit as excited as that 1960s teenager on the moped as I was lacing my Danner’s on a section line between Reliance and the McManus farm.

Why not the Woster farm? Well, because what was once Woster land is all but lost for purposes such as these. It was sold decades ago and is now farmed intensively enough to make large chunks of it unfriendly to pheasants and other wildlife and mostly unrecognizable from the weedy edged, mixed-crop-and-pastured place of my youth.

Now it reflects a more austere, aggressive form of agriculture and is also owned and managed for commercial hunting. The owners are good, hard-working people who have a much-different perspective on hunting and land use than mine — and, I would argue, than those of my father, whose death at age 56 in 1968 marked the beginnig of the end of the farm we knew and loved.

In short, there isn’t much left to hunt on what was once our wildlife-friendly home ground. And what is left is hunted commercially. So seeking occasional access there is a complicated-and-uncomfortable process that I have abandoned, with no offense intended to anyone involved.

Consequently, I haven’t hunted Woster ground in years. Sadly enough, for me at least.

But I hunt McManus ground regularly, with the price of a phone call to my ever-obliging cousin, Donnie.  And I do so with great joy and abiding appreciation.

It’s a small working farm but also an elemental enterprise of sustained-family spirit and indispensable human connections, a place managed with love for a diversity of benefits. The land benefits. The wildlife benefits. The rural community benefits. And so do people, like me, who are inspired by wild things and the wild places that sustain them — things and places that, over time, sustain all of us.

Thanks to my cousins, the McManus farm is a place where a guy who lives and works elsewhere can come home and renew himself in ways that are impossible anywhere else. And for this particular guy, there is nothing more renewing than a real pheasant hunt for wild pheasants on family ground, behind a dog you have raised and trained yourself.

Add a good friend or two from the old days, and it’s pretty close to perfect.

This week I planned to sneak in a hunt on Tuesday, before the weather turned and the strong winds blew in on Wednesday. Then I planned to stop in Reliance to see my life-long pal, Larry Marsh, who is down from his home in Alaska to help with after-surgery care for his almost-95-year-old father, Leonard.

Most who know Leonard call him “Granny,” just as most who know  my other growing-up pal, Tom Clemens, call him “Clem.” All three turned up in a story on this blog last month, when we traveled to Gregory County to examine a mule. But that’s another story, one you can find by scrolling down a few headlines on this blog.

There are no mules in this story. But Clem and Larry and I planned to meet at our favorite food-friendly gathering spot, Al’s Oasis in Oacoma, for supper Tuesday evening. But when I informed Clem of my pre-sup hunt, he drove out from Sioux Falls early to join me.

So while Larry helped his siblings get Granny comfortable at home, Clem and I renewed our hunting connection, which began about 55 years ago. Each such renewal is a gift beyond measure. In this one, I ended up doing most of the walking, behind my relentless springer spaniel, Rosie. Clem drove here and there a half mile or so ahead of me at a time, trying to set himself up in a spot where pheasants that flush too far for me to shoot might cross his line of fire.

Pheasant numbers are down at the McManus farm, as they are across most of traditional ringneck range in South Dakota. But we flushed 15 or 20 birds. I shot two roosters, missed a couple of others and ended one bird short of my limit. Clem got a couple of long passing shots, which were more salutes to the ritual than they were volleys of any serious intent.

Along the way we had lunch. We pondered the weather. We theorized about climate change. We discussed and celebrated our respective families. We stopped and strolled out to cousin Tom’s grave, drove to the old Woster farmstead, slow-motored down familiar section lines and stayed in touch with Larry by text.

Eventually we managed to set a supper time at Al’s at 5:30 p.m. At about 4:30, I dropped Clem off at his pickup midway between Reliance and our old farm place. He headed back east and south by gravel to Oacoma and Al’s, counting deer and geese along the way. I went west to St. Mary’s Cemetery along Highway 47 north of Reliance, before driving east to Al’s by way of Interstate 90.

When I got to St. Mary’s, the sun was setting, its long, warm wavelengths of light polishing the shared headstone of Henry Woster and his wife, Marie. The chromatic effect wasn’t far from Allis-Chalmers orange, which was appropriate since Allis-Chalmers was the tractor of choice for my Uncle Bill McManus, and for his youngest son, Ronnie “Red” McManus, Donnie’s dad.

Red oversaw pheasant, farm and cousin management at the McManus place up until his death, at 68, in September of 2013. He now lies buried near Bill and Bertha not far from my mom and dad.

With “Hail Marys” on autopilot in my head, I spent time with them and also stopped at the graves of my McManus and Woster grandparents and my Uncle Frank Woster (my dad’s life-long farm partner, and cousin Tom’s dad) and his wife, Aunt Margaret, as well as other kin and friends.

There was a lot to consider as the lingering light illuminated Medicine Butte a few miles to the north and silence settled in on Highway 47 just across the fence. And there in that landscape of enduring love, there was lot to be grateful for, too.

A lot more than the two roosters. 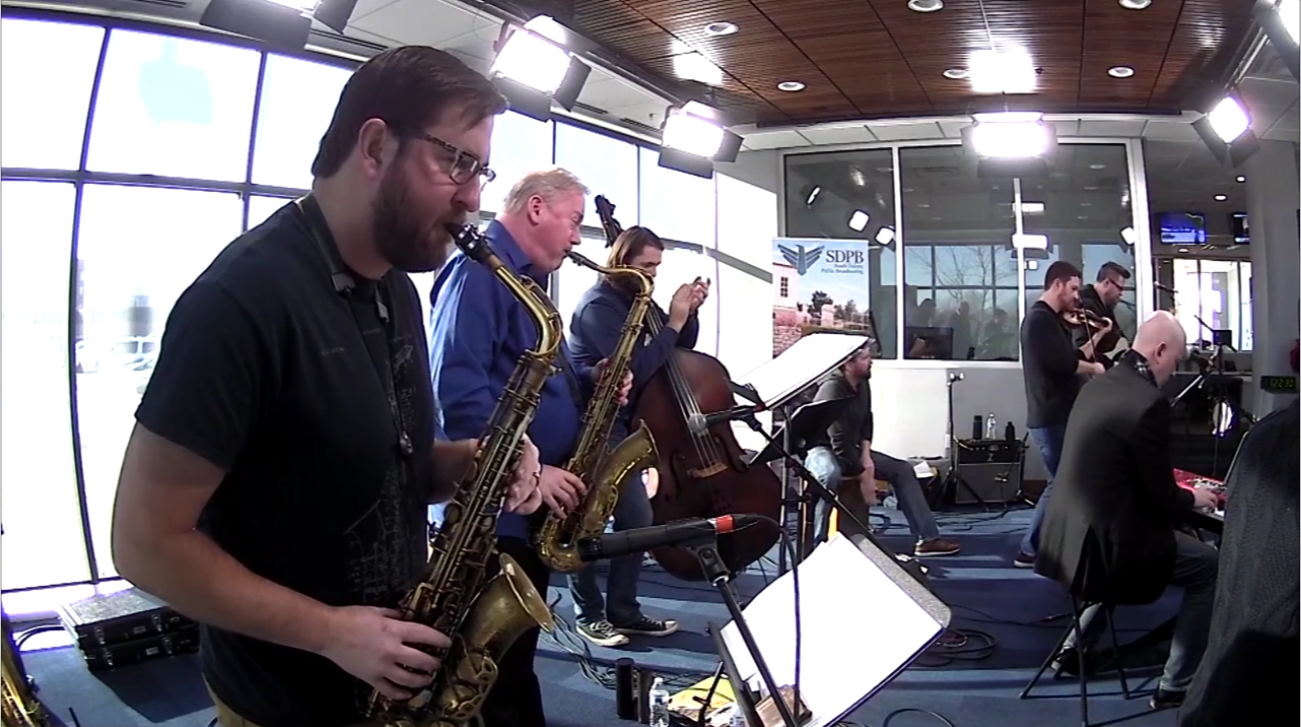 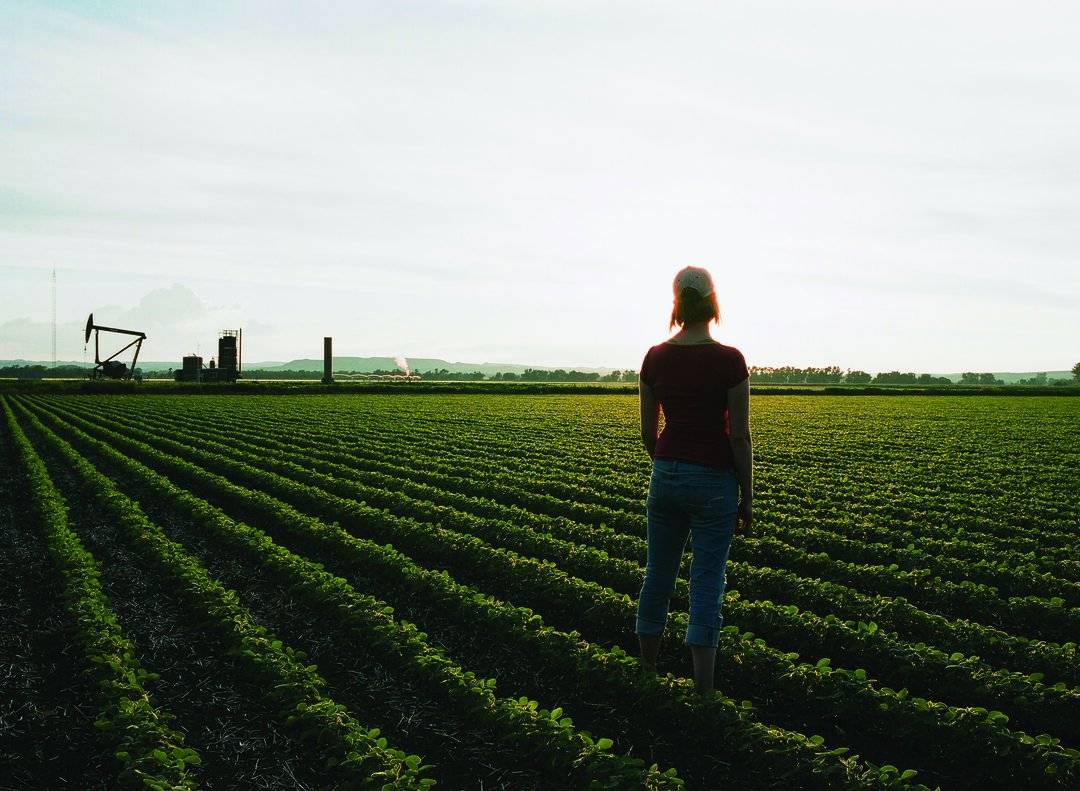