Ever the good GOP soldier, Jackley swallows hard, falls in line for Noem

When I reached Marty Jackley by phone last night, I was driving home from a pheasant hunt down by Martin and he was driving back from an archery deer hunt somewhere out near Pierre.

His cell service was spotty, but he described his location like this: “I’m out in a pasture, which is probably where I belong.”

I wasn’t sure if he was making a joke about being “put out to pasture,” or simply stating that he feels most comfortable — especially these days — somewhere off on his own, or off with his son or daughter, on a hunting trip.

This time of year, a lot of us feel that way.

Presuming there are no unplanned disruptions related to the job he still holds as South Dakota attorney general, Jackley and his son Michael, a freshman at Riggs High School in Pierre, will be joining us for our annual Requiem to Mount Blogmore Invitational Pheasant Hunt & Charitable Chili Feed Sunday at Nick and Mary Jo Nemec's farm near Holabird.

We tend to set the Blogmore Hunt on the Sunday after the governor's hunt. So it's sort of the anti-governor's hunt, if you know what I mean. (If you do, text me, because I'm not sure myself.)

Along with the Jackley boys, who have been there before, and 12 or 14 regulars of various levels of questionable repute, we will be joined this year by Randy Seiler, former U.S. attorney in South Dakota and current Democratic candidate for Jackley’s job as attorney general. Since Jackley is also a former U.S. attorney, that gives us a start on a U.S. attorney’s hunting team.

We’ll let those two decide who’s captain. (But attention all hunt attendees: If you have an outstanding warrant, consider staying home.)

The Republican candidate for AG, Jason Ravnsborg, didn’t respond to my invitation to the hunt. I presume that means he doesn’t like me, doesn't like chili or doesn't like days spent in the golden fields of a South Dakota autumn with spiried hunting dogs, wily roosters and disorganized-but-good-humored hunters.

Or all of the above.

Wait, I don’t really presume that. And I suppose there could be a good reason Ravnsborg didn’t response to my invitation by Facebook message, beyond just the fact that I'm sort of old news in the South Dakota news game. He might be intimidated at the idea of keeping up with Lee Schoenbeck as he lets loose a barrage with that old Model 12 pump and charges Patton-like through the thick stuff with his dog.

Of course, Ravnsborg -- like Seiler -- has been in an actual war zone before, with the military. So this should be a breeze. And the meal will be much better than anything of military issue, as will the conversation.

Year after year, a good time is had by almost everyone, and those others know who they are.

So I wanted to check with the attorney general to see if my favorite Jackley — Michael -- was still coming to the hunt, and whether the old man would be allowed to tag along. I also wanted to tease him -- Marty, not Michael -- about his comments in a Rapid City Journal story last week (have I mentioned the value of professionally produced journalism?) that he was undecided on who to vote for in the governor’s race.

I was surprised by that. I’ve asked Jackley many times since he lost to Kristi Noem in the GOP primary in June who was going to get his vote in November. He wouldn’t say. My response was that I would be calling him on Nov. 7 to ask who he voted for.

I know how much he likes Democrat Billie Sutton, after all. And I also know how deeply he was stung by Noem attack ads implying that he had sexually harassed someone (To be clear, he didn’t). So I thought Jackley might keep quiet, vote for Sutton on Nov. 6 and then tell me on Nov. 7 that his vote was a private matter.

Honestly, I actually thought that, which shows you how delusional a guy can get when he’s desperate for a departure from the norm here in the land of Republican domination -- a departure like, say, somebody other than a Republican winning a race that really matters.

But self-delusion aide, I kind of figured Jackley would end up voting Republican. But I honestly didn’t expect him to endorse Noem, which is what I told a former Republican state legislator who last week was trying to come up with a convincing argument to persuade Jackley to get on the Noem team — pronto, because the race has been close.

This morning, Jackley officially joined the team, albeit with a showing of enthusiasm that makes the 2016 endorsement of Hillary Clinton by Bernie Sanders seem positively effervescent by comparison.

Last night in our cell-phone chat, Jackley warned me the announcement was coming. He just didn't say when. He also spoke of keeping his word to Noem, which he delivered in concession after she won the primary in June. Jackley met pretty firm expectations then in saying he would help Noem in the general election campaign if asked.

There are a couple of things in play there: 1) It’s good-soldier Republicanism as it is known and expected in South Dakota, which is part of the reason for the party’s long-standing dominance; 2) It’s Jackley’s personal pragmatism, not wanting to to get crossways with the woman who could — and odds are likely will — become the first woman governor in South Dakota history.

A woman who, as governor, would essentially become the new party leader. A woman with a memory, who has said before that she considers politics to be a full-contact sport.

A pragmatist might decide that's not a woman to cross if you might want to run for office in South Dakota again someday, as Jackley might want to do. Someday. Or maybe not. Who knows?

But he has left enough of a never-say-never hinge handing on the remains of his campaign to allow a political door to swing back open someday. It’s also enough to prevent him from endorsing Sutton. And it would make him more him inclined to listen — angry or not — if he got some serious pressure from Noem supporters, on the campaign team and beyond, to line up like a real Republican behind the party nominee.

I assume Jackley already had felt that pressure before the Journal story last week, and felt even more over the weekend. Lots more, I’d guess, once word of the Journal story and his indecision spread. And such pressure could really inspire a guy to get all camouflaged up and go sit in a tree stand somewhere with a bow and some arrows and his thoughts. Which is just what Jackley was doing yesterday.

Before we ended our cell-phone conversation, he said he would show up soon in some sort of a group endorsement of Noem. I’m not sure if I actually heard him sigh, or if it was simply implied.

I wrote something about that phone call earlier today, predicting an announcement soon. Then I noticed that, once again, Seth Tupper had beaten me to it. (OK, maybe so, Seth, but did you get to hunt pheasants on Lacreek National Wildlife Refuge yesterday? I thought not!)

Actually, the Noem campaign team beat me to it, and Seth got the story up online before I read the campaign news release. It announced that Sens. John Thune and Mike Rounds, Gov. Dennis Daugaard and AG Jackley endorsed Noem.

The news release doesn’t have individual quotes from any of the men, but refers to segments of a joint letter from all four.

Included in it is this: "We believe that South Dakota’s future is at stake. The governor not only sets the policy tone, but also appoints judges, supreme court justices, legislative vacancies, and hundreds of citizens to policy-setting state boards and commissions. Those appointments are too important to the future of our state to entrust them to anyone other than a commonsense conservative.”

Well, sure, South Dakota's future is at stake. It's always at stake. And are these four GOP gentlemen saying that the young man with the inspiring life story from Burke, a traditional South Dakota Democrat in the way I have known them all my life (starting with my own father), would somehow destroy that future? Seriously?

I'd say neither Noem nor Sutton are likely to do future destroying if elected. But what do I know? I've never been elected to anything.

And also there is this from the news release: “We’ve seen Kristi fight. She was instrumental in passing a five-year farm bill that included strong crop insurance and livestock disaster programs. She was a chief architect behind the recent tax cuts, which put more than $2,400 in the pockets of the average South Dakota family. She’s successfully fought to expand support for the Lewis & Clark Project East River and the Mountain Pine Beetle effort West River. Kristi Noem has delivered results - and she’ll deliver results again as governor.”

Well, Thune, Rounds and Daugaard might think they’ve “seen Kristi fight,” but none of them has seen it, and felt it, like Jackley has. He's in no rush to forget it, either.

I’ll bet, though, that Jackley sympathizes with Sutton these days, since the Democrat has been targeted with piercing attack ads from the Noem campaign. Sutton has tried to respond with some attacks on Noem in response. Noem's attacks seem more targeted toward key voters and are likely more effective, which makes sense since they have more targets in a state with 90,000 or so more registered Republicans than Democrats.

It must remind Jackley a bit of the GOP primary, when he was the one being pierced. That primary attack came months after Jackley asked Noem to sign a clean-campaign pledge against distorted, misleading attack ads. Noem refused, calling Jackley’s request a campaign stunt. And when things got close near the end of the campaign, it was game on. But pretty much a one-way game, with Noem pounding Jackley.

Time heals many wounds. Jackley’s wounds from the Noem attack ads aren’t healed. Not even close.

But nobody said this GOP-good-soldier stuff was easy. And it isn’t. Neither, in this case, is keeping your word, which Jackley first delivered in a generous gesture, despite the previous attack ads, after that painful primary loss. Now he has kept it.

Beyond that, Jackley argued to me last night that the main reason for his Noem endorsement is that she reflects his personal political philosophy more than Sutton does. And that’s probably true. Jackley is pretty conservative. So is Noem. Sutton trends conservative on some things, liberal on others. And mostly he's a moderate, which are not quite as rare as sage grouse in South Dakota, but they're definitely another species of concern.

The concerns of moderates are not Jackley's concern, however. And in this case, neither is his sincere affection and respect for Sutton.

It's about politics and pragmatism, about swallowing hard and good-soldiering on.

It's the Republican way. 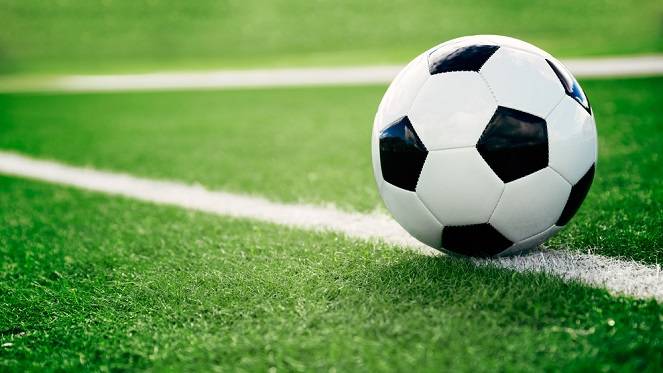 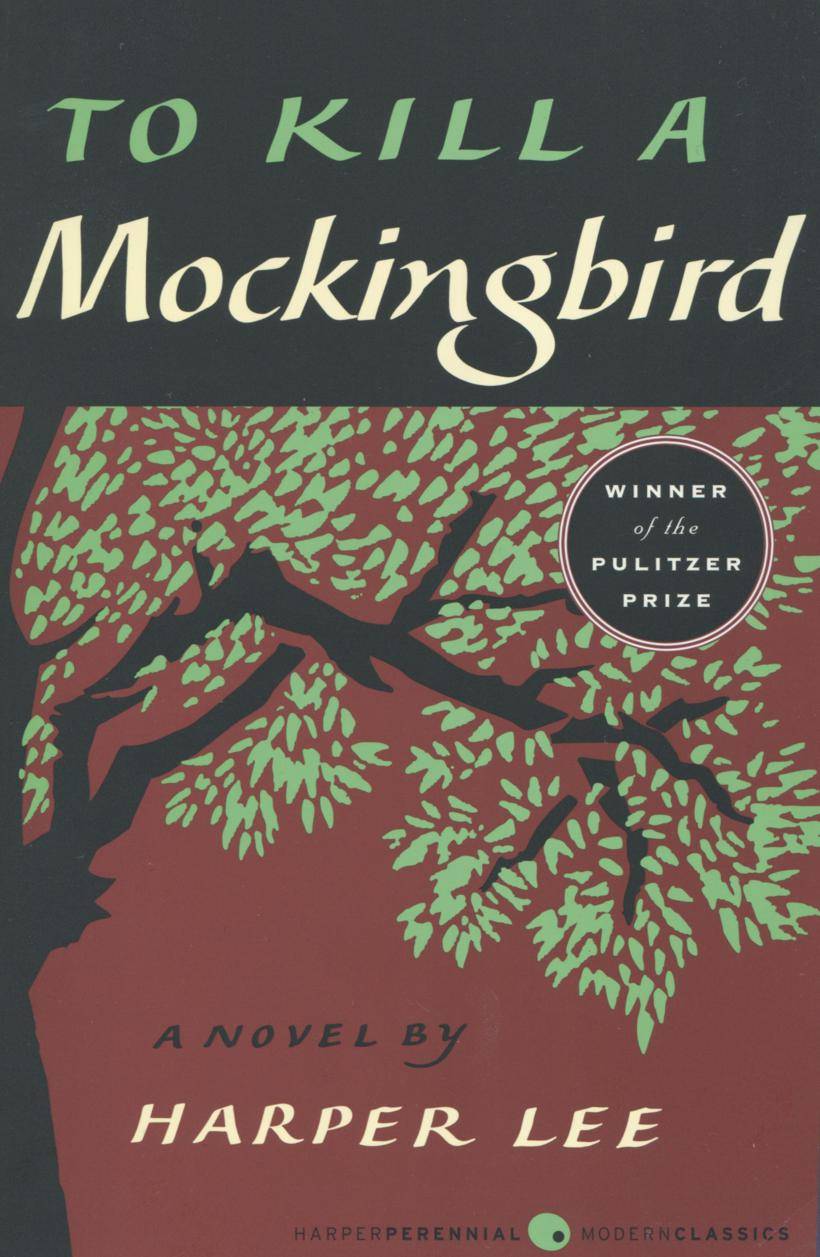