From doughnuts to sweet clover, the Faith-filled rituals of saying goodbye to a child of the Northern Plains 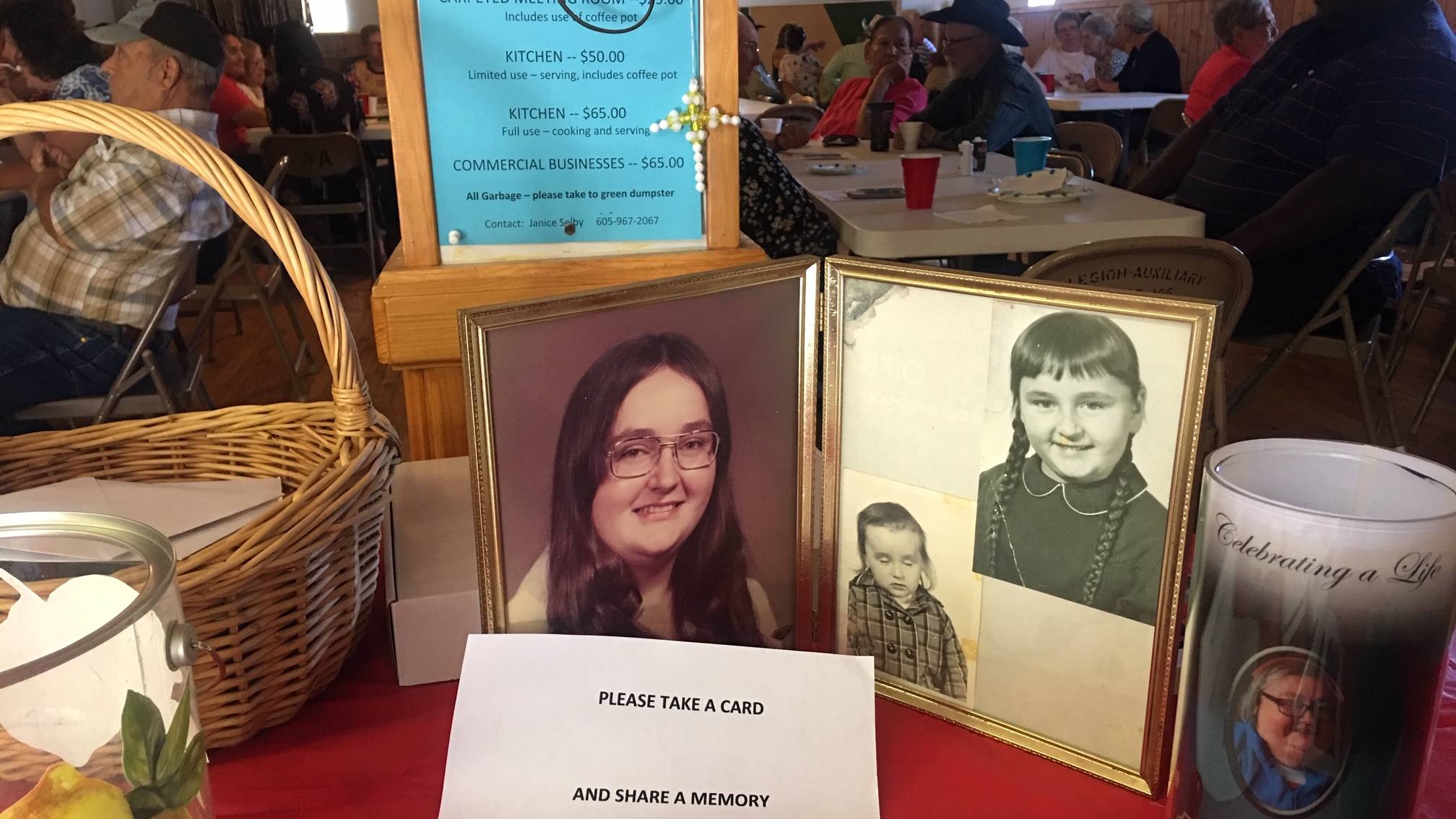 It was self-indulgent, I know, getting both the glazed doughnut and the maple-topped roll at King’s Drive-In in Faith.

And calorically speaking, it was probably unwise.

But I figured Jomay would have liked it. And I wanted to make sure I sampled her favorites at the oft-visited drive-in, first in the way of sweet treats and next where she preferred to sit.

“Right over there, that’s where she sat,” Darlene King said, gesturing at the half-booth, half-table setup over against the south wall. “She always sat facing this way, so she could keep an eye on what was going on.”

Which made sense. Jomay was a teacher and a journalist, professions in which keeping an eye on things is a big part of the job description.

So I sat for a while in that seat, imagining the room and the people as Jomay might have seen them. And I listened as Darlene King remembered a reality about my friend that was even sweeter than the doughnuts.

“She always smiled,” Darlene said. “There was never a day I can remember when she didn’t have a smile on her face.” 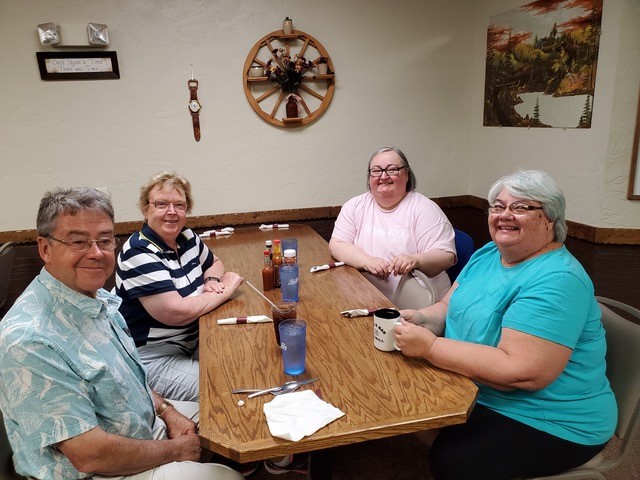 I knew that smile — which could be sweet or sassy, and sometimes both — during the four years that Jomay Steen and I worked together as reporters for the Sioux Falls Argus Leader. And I knew it even better after that during the seven or eight years we worked together in the Rapid City Journal newsroom.

The smile was often accompanied by a laugh that was similar to a magnified giggle with a bit of a snort and a hoot mixed in. It tended to be infectious.

And it would not be much of an exaggeration to say that Jomay’s smile and laugh were the talk of the town in Faith on Saturday. They certainly were featured in the pictures on display at Jomay’s memorial gathering in the Legion Hall on Main Street, as well as in the many stories being exchanged there over plates of food and familiar handshakes.

In her final hours, leading a "Magical Historical Tour"

Jomay was smiling and laughing almost to the last breath. She had been out and about that morning with her cousin, Kathleen Krause and Kathleen’s husband, Wayne. They were on what Jomay had called a “Magical Historical Tour of the old Steen ranches” in a late-June email she sent to family announcing the trip. The email also included a loose itinerary that was “subject to change.” 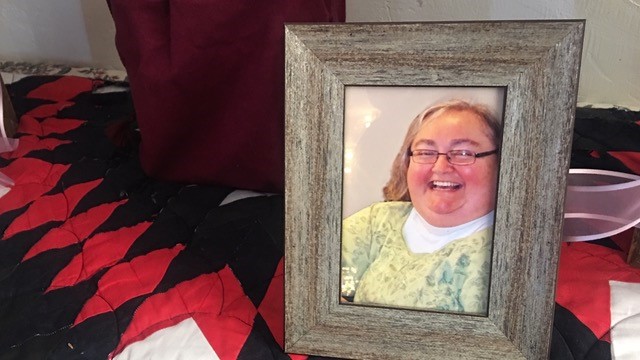 The tour itinerary changed in the saddest and most sudden of ways, but not before Jomay enjoyed a glorious morning of rural touring to places that mattered with people she loved.

“The sweet clover is up and blooming,” she wrote in the announcement email. “Who can resist?”

Who indeed? Certainly not a 61-year-old child of the Northern Plains, a woman of mixed ancestry — Lakota and Norwegian, primarily — who had grown up here in ranch country and combined years of teaching at tribal schools with years of writing for state newspapers in ways that benefitted both professions, and both cultures.

In part because of health problems, Jomay came home two years ago to the Steen Family ranch just off Red Scaffold Road south of Faith, moving in there with her sister, LouAnn. And for two years there was, according to those at the Saturday gathering, “a riot from the time they got up in the morning until they went to bed at night.”

That’s “riot” in the best of ways, and a pretty good description of Jomay’s life. But the good-natured revelry ended midway through the day of the magical July 10th tour. Jomay collapsed in the coffee shop at Keffler’s Kreactions, a multi-purpose coffee-gift-clothing-flower shop just off U.S. Highway 212 across from the Faith Livestock Auction.

Everything seemed right, before it went terribly wrong.

“And then she was gone,” Kathleen said.

LuAnn had joined them for lunch and coffee. And she hustled to her sister's side with CPR. Jomay was rushed to the Indian Health Service hospital in Eagle Butte, where her passing was officially pronounced. 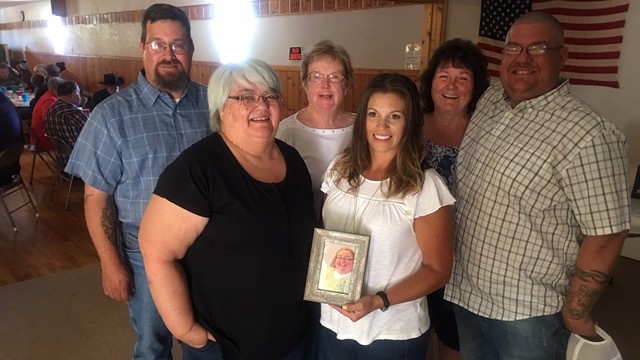 But the family believes she was gone there in Faith, doing what she enjoyed most, with people she knew and loved.

“That’s the way I want to go when my time comes,” said Steen family friend and neighbor, Dean Johnson, as others around the table at the Legion Hall nodded.

A fitting end, but a deep loss that will linger

Knowing that Jomay was in a happy place when she reached her end doesn’t erase the sadness. Nor does it make those mornings out at the ranch, where the “riot” is now absent, any easier for LouAnn.

But conclusions matter. And Jomay’s conclusion, while filled with grief, was also comfortingly appropriate.

Family and friends agreed on that at the Legion Hall, where I listened to many delightful stories about Jomay, and shared a few myself. Then I drove around town a bit, strolled a little sidewalk, bought a road snack at the little strip mall on Main and decided it was important to visit some of the places Jomay knew and loved.

It was more complicated at Keffler’s, where the sense of loss still lingered amidst the smell of coffee and the riot of colorfully diverse merchandise. A young waitress in the coffee shop said she wasn’t working the day it happened and couldn’t be much help. But she stood nearby respectfully as I spent a few moments alone, thinking about my friend.

And that was help enough.

I also went to the Two R Bar & Grill on Main Street, where Jomay and LouAnn and Kathleen and Wayne had eaten lunch before going to Keffler’s for coffee.

You enter the Two R through its tidy lounge, where the well-polished wood of a horseshoe-shaped bar might inspire even a light drinker like me to sit and have a beer, on another day. Waitress Lindsey Jones met me at the bar and led me around to the right and on into a larger room full of tables in the back, where most meals are served.

Lindsey took me directly to the table and the chair where Jomay sat for lunch that day. And as I stood with my hands on the back of the chair, owner Wanda Ruth came in from the kitchen to join us, noting that Jomay seemed “really happy," but adding that ‘she was always that way.”

Wanda Ruth echoed the thoughts already expressed by Dean Johnson back at the Legion hall.

Missed, and never to be forgotten. Not by her family and friends, of course. And not by the extended community of Faith, including the town of 400 or so and all its rural residents — Native and non-Native — at far-flung ranches and housing clusters for miles in all directions.

Nor will she be forgotten by the many she met along the way, especially those she knew through her teaching and journalism.

An official remembrance of Jomay’s life is being assured through a South Dakota State University scholarship fund established in her name for Native American journalism students. Donations to that worthy cause may be made through the SDSU Foundation, 814 Medary Ave., Box 525, Brookings, S.D. 57707 or online at https://www.sdstatefoundation.org/give-now

I did a lot of that in Faith with help from Jomay's family and friends and through the essential rituals of goodbye. Then I headed home on Highway 73, stopping a few miles south of town near the turn onto Red Scaffold Road, the route to the Steen place.

There I paused to consider the pastures stretching off to the end of vision, yellow with sweet clover, dappled with the dark, occasional shapes of cattle and overhung by deep blue skies and brilliant white clusters of cumulous.

It was a riot of color and form and movement, magical in its effect on the spirit.

Indeed, who could resist such a thing? Who would even try?

Certainly not Jomay. She gave herself completely to this landscape and to its people, offering them her smile, her laughter and her love until the very end. 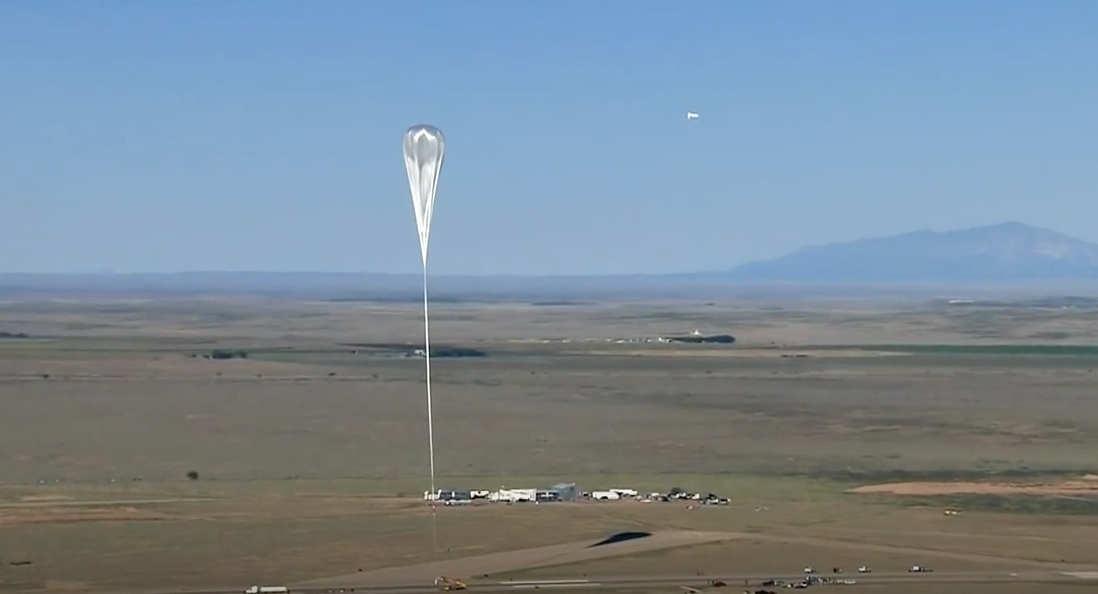 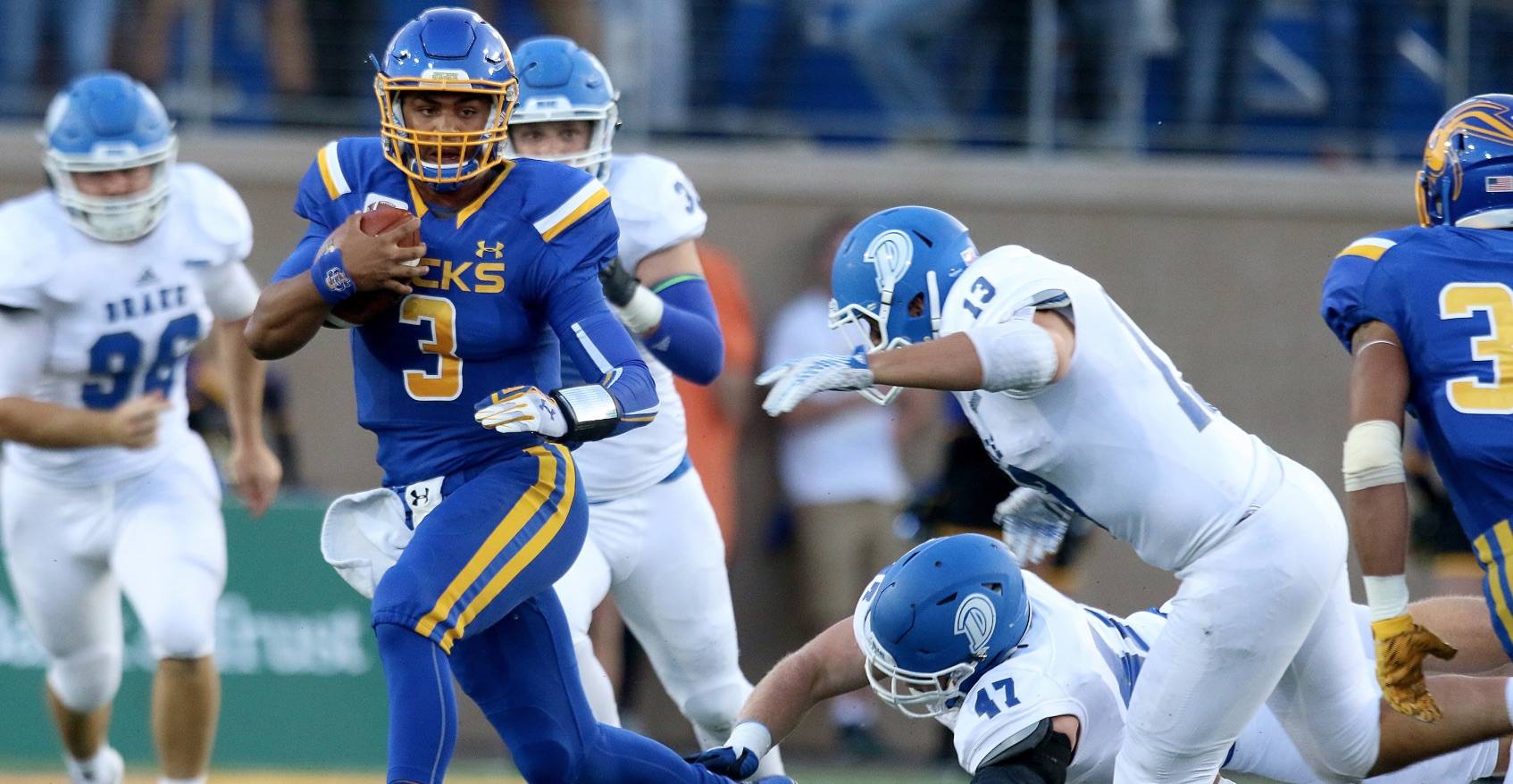