From our house to Washington, D.C., Moms -- and a couple of familiar grandmas -- demand action to save lives from gun violence in America

Things had already changed around our house after Mary got involved with Moms Demand Action for Gun Sense in America a few months back.

My guns are always locked up in the guns safe now. Now I never leave one or two out on a table waiting to be cleaned in my outdoor-gear room down in the basement. Now I never forget to put one away after I’ve taken it out.

That’s just one thing that Moms brought to our house, and it’s just one part of the mission of the organization and its commitment to reducing gun deaths and injuries in this nation.

But a lot more than a renewed commitment to gun safety came home this week when Mary and our neighbor, Karen Pettigrew, returned from a Moms gathering in Washington, D.C. By awful coincidence - or maybe something more than that — the final day of Gun Sense University, a Moms leadership conference, came on the same day as a mass shooting in El Paso, Texas that would end up killing 22 and wounding 24 more.

The horrors in Dayton, Ohio, would follow overnight Saturday, when another lone gunman  opened fire in a downtown bar, killing nine — including his sister — and wounding 14 more.

Moms attendees only knew of the El Paso tragedy on Saturday evening as they prepared for what was planned as a closing bash at the leadership-and-training conference. There was to be awards and music, costumes and revelry.

All that faded away when word of El Paso spread throughout close to 2,000 attendees.

Many, as it turned out, wanted to march. And march some did. Some marched from the convention center to the White House. Many gathered at the White House and marched to Capitol Hill, in an unplanned, emotionally driven demonstration calling for meaningful changes and attitudes and laws to reduce gun violence and gun deaths in America.

“People just kind of came around the tables as we were finishing dinner and said, ‘Some of us are going to March on the White House in 15 minutes. Be down there as fast as you can,’” Mary remembers. “We probably got there in 45 minutes. By then there was a big group there and they just kept coming.”

The emotions kept coming, too. But that had been true throughout the three-day conference, which was attended by a couple of thousand people, including many moms and grandmas, but also women without children, students, sons, brothers and dads.

Hundreds of the attendees have been forever changed because of gun violence.

“There were survivors of the Pulse Night Club shooting in Orlando (49 dead, 53 wounded in June of 2016),”Mary says. “There were quite a few people who had lost loved ones in city gun violence.”

No one was more powerful in that regard than Brenda Moss, who was one of the opening-day speakers and also stepped to the convention-center stage Saturday night after word of El Paso spread throughout the crowd.

Moss’ 34-year-old son, Shawn, was gunned down by a distant relative on a street in Lynchburg, Va., in August of 2014.

Calling on Moms to fight for common-sense change

When Brenda Moss came to the microphone Saturday evening, she said she’d be asked how she felt after hearing of El Paso. Mary watched her live, and wept. I watched her later on video, and wept. I can’t imagine watching and listening to her without weeping.

And maybe screaming. She didn’t hesitate to raise her voice.

The crowd roared its participation in each “No!” And Moss continued.

She ended by invoking the name of the group and making it clear what the name means.

“We’re Moms Demand action,” she said. “And that’s what we demand!”

The demand went mobile after that, with the gathering at the White House followed by a march to Capitol Hill. Along the way, people chanted and hugged and wept.

“I was hugging people I didn’t know, and a lot of us were crying,” Mary says. “It was all very emotional.”

But the emotions came with a message and a purpose, as well as carefully constructed training sessions designed to send key Moms volunteers back to their communities across the nation to push demands for action on gun violence.

Mary and Karen arrived back in Rapid City on Wednesday, after three days of the Moms conference and three days more days of enjoying Washington D.C., which was a catch-your-breath decompression period from the highly-emotional conference.

They looked tired and happy to be home when I picked them up at Rapid City Regional Airport. But they looked determined, too.

Karen said later the horrors of El Paso emphasized the need Moms and the group’s efforts to make America a safer place for our children, and our grandchildren. She said she choked up when she stopped at a coffee shop in the D.C. after the Moms training and saw two younger mothers with infants in fabric carriers wrapped on their chests. One was showing the other her baby.

“Her face radiated pride and love when she looked at her infant, and then my mind flashed on the image of the dead mother in El Paso’s Walmart whose body covered her surviving 2-month-old,” Karen says. “That made me very sad.”

But sadness was only part of it.

“Being with so many committed people who are working to build a movement gave me hope that our growing numbers will provide tenacious pressure on lawmakers to stop deceiving themselves about the solutions to the problem of gun violence,” Karen said. “It felt powerful to walk Washington D.C., streets with 1,000 MOMs from all over the country, and to imagine that someone was watching and listening. Moms Demand Action gives me hope.”

Someone was watching and listening. And there is reason for hope.

Moms Demand Action has been called the National Rifle Association’s worst nightmare. That might not be much of an exaggeration in terms of the group’s potential to have a meaningful impact on the level of gun violence in America.

Moms could be the group to challenge the NRA for its position of promimence as the most influential organization on guns. Moms is well organized and well funded, with much of the money coming from Michael Bloomberg, the wealthy former New York mayor. Bloomberg initially formed Mayors Against Illegal Guns, which in 2006 merged with Moms Demand Action under the umbrella nonprofit Everytown for Gun Safety.

This is not an anti-gun group. It’s an anti-gun-violence group. And while Moms is as horrified as anyone else at mass shootings and as concerned about the proliferation of assault-style weapons, it’s focus is much broader and deeper than that, as it should be.

Most gun deaths in America are from suicide. Most homicides involving guns are not mass murders but rather the killing of one or two people that happens every day, every night in communities all across this nation. And a much-smaller, still-significant percentage of gun-related death are accidental.

Every one of those lives is as important as every one of the lives lost in El Paso or Dayton or Orlando or Sutherland Springs or Las Vegas. And every one is a motivator to Moms members to find ways to reduce  the number of such tragedies.

Right now, they focus on gun safety and education and keeping guns secure in the home and vehicle. They want red-flag laws that help family and law enforcement petition courts for the temporary removal of firearms from people considered threats to themselves or others. They’re for tougher, universal background checks prior to gun sales and a strengthening of the process to detect those who shouldn’t have weapons before they acquire them.

Those are doable, meaningful goals. Also meaningful is the group’s emphasis on keeping gun violence in the national discussion, not letting it fade away as it has tended to do in-between mass shootings.

When Karen got involved with Moms as the Rapid City lead, Mary was inspired to join her because of a sad anniversary. On April 20, 1999, 12 students and a teacher at Columbine High School in Colorado were shot and killed and more than 20 others were wounded by two seniors at the school.

“That’s kind of why I got involved in Moms this year, when it occurred to me that I first wrote a newspaper column about Columbine 20 years ago,” she says. “And I thought, ‘You’ve been saying you’ve been appalled by this for 20 years. Maybe it’s time you did more than that.”

Also, she says, “Now that I’m no longer in the news business, I can join advocacy programs I couldn’t join as a reporter.”

So Karen joined, and Mary followed. They had a couple of meetings. Then had a gun-violence-awareness event in downtown Rapid City. And they headed off to the Moms meeting and Gun Sense University in Washington, D.C., to become more knowledgeable on gun issues and better at organizing and advocacy.

There they joined a few well-knowns, like actress Julianne Moore, and many more not-well-knowns in learning more about the “art and science of organizing.”

And they were was inspired by real human stories of loss to gun violence, and survivors who are committed to preventing that kind of loss and suffering in the lives of others.

“Those survivor’s stories were so powerful and compelling, and they came with the call to action, to do something besides wringing your hands,” Mary says. “I’m just a newbie at all this. But I know a lot more than I did before I went.”

She feels a lot more, too, in the worst way because of El Paso and Dayton, and in the very best way because of personal connections with other Moms volunteers and inspiration from people like Brenda Moss.

Neither will the rest of the Moms.

Which takes me back to something Karen said: “Moms Demand Action gives me hope.”

Of course. Moms have a way of doing that. 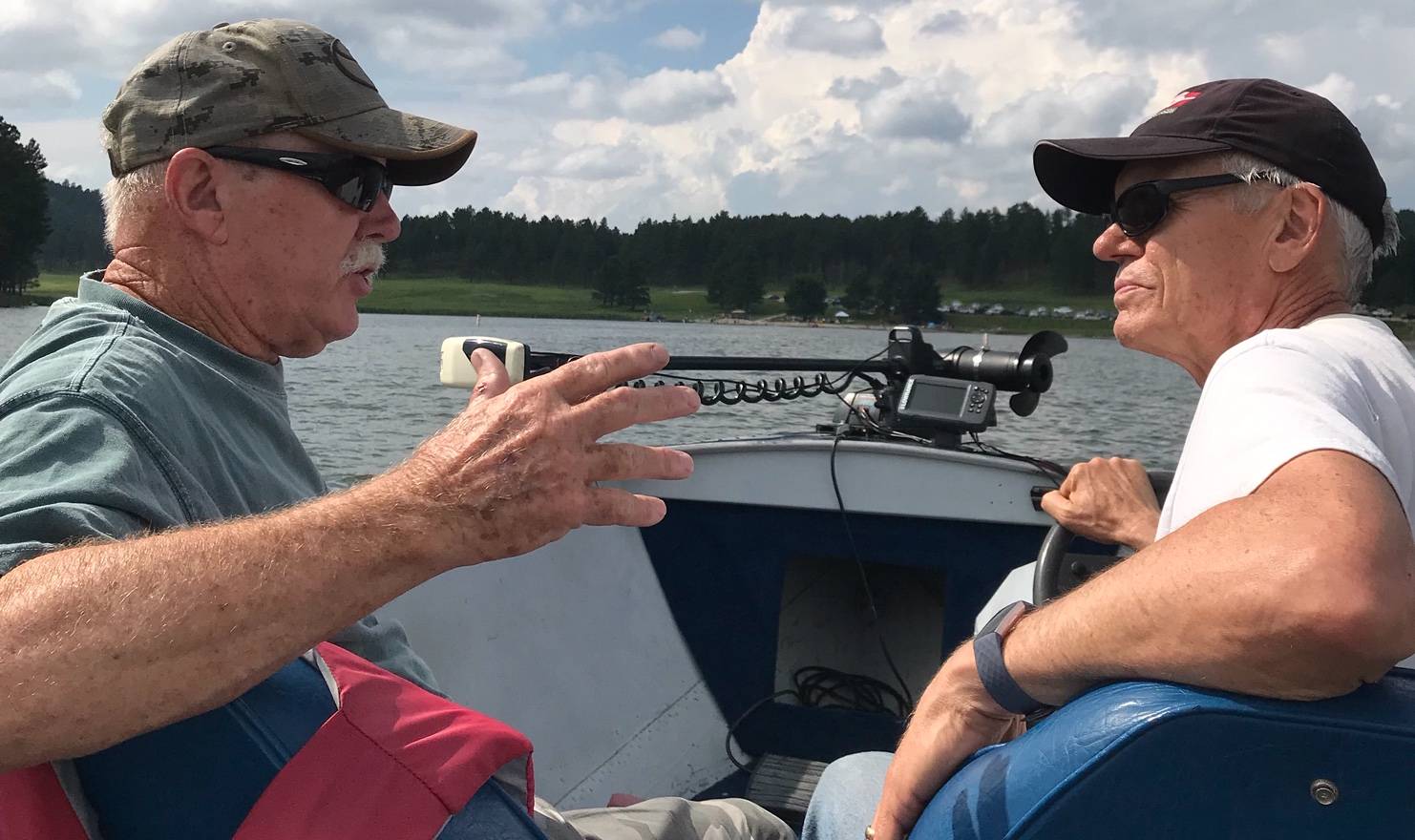 previous Post
On the Other Hand
Taking the plunge, finally buying the boat and giving a nod to Zen and the Art of Motorcycle Maintenance
by kevin woster
•
next Post
Living
SDPB Archives: The Totally Amazing Bitsko Band
by heather benson
•
next Post 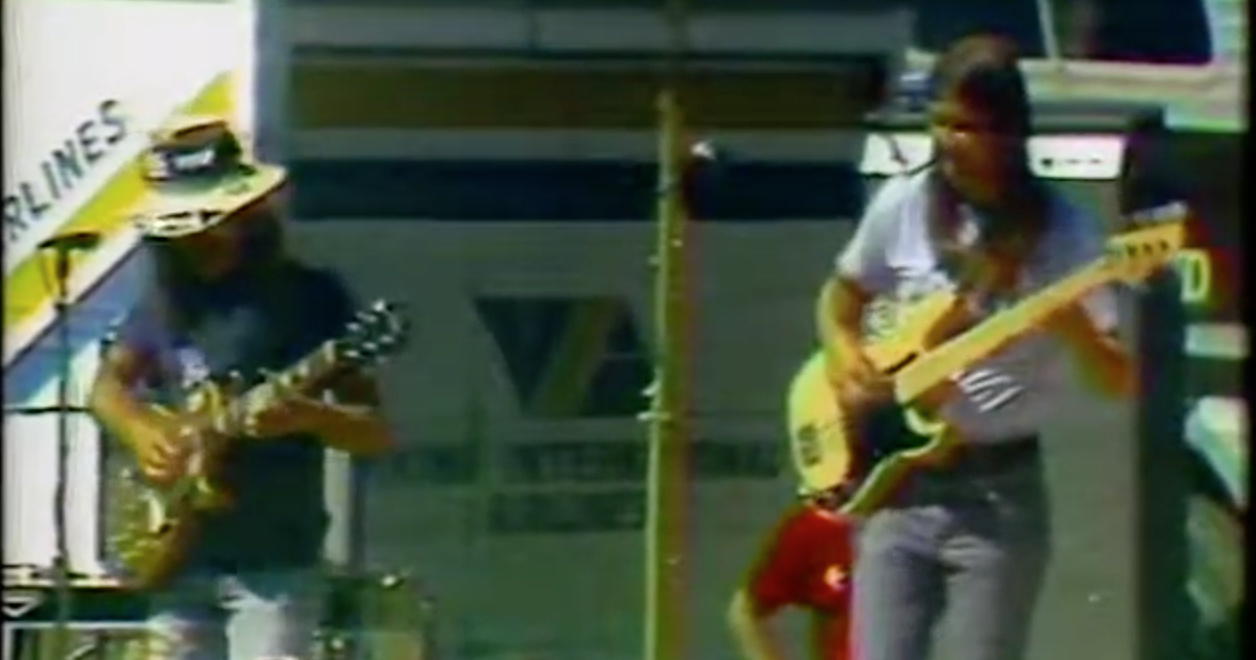