Getting my Google groove on and pondering the Tapio effect on Bjorkman's U.S. House chances 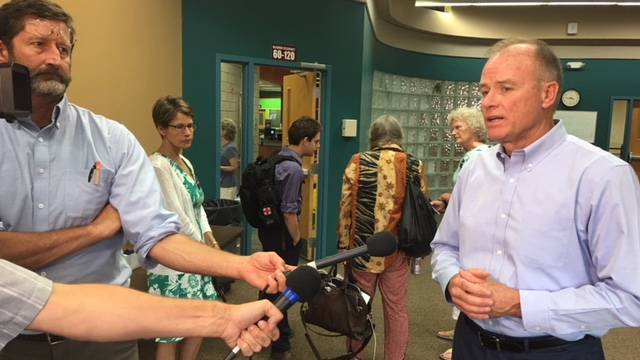 Democrat Tim Bjorkman on the campaign trail
On the Other Hand

These days if you’re Tim Bjorkman, you have to be pulling — at least a little bit — for Neal Tapio.

Not that Bjorkman, the Democratic candidate for the U.S. House here in South Dakota, shares Tapio’s fears of a Muslim invasion or the imposition of Sharia Law in South Dakota. I haven’t asked, but I’m pretty sure he doesn’t.

What Bjorkman does share with Tapio, a hard-right Republican U.S. House candidate who has molded fears over Sharia Law in particular and Muslims in general into a foundational block in his campaign, is pretty simple: a desire to defeat Secretary of State Shantel Krebs and former PUC Commissioner Dusty Johnson, the front-runners in the House race.

At least, I think they’re the front runners. And if I had to pick, I’d pick Krebs as running slightly in front of Johnson, for now. But there are three and a half months left until the June primary election and Johnson is running hard, so I’m not placing any bets.

That’s hunch stuff. I haven’t seen any polling to confirm it. Nor can I peek inside the deeply analytical mind of Bjorkman, a lawyer and former judge, for hints of hopeful thoughts about Tapio’s chances in the Republican U.S. House primary.

I can’t imagine he would admit to them. But they must be there. If not, they should be. Tapio might be the best friend Tim Bjorkman and his House aspirations have in this election cycle.

And Bjorkman will need some campaign friends, because he’s still the pronounced underdog in the race, despite a national trend that is likely to help Democrats pick up seats in the U. S. House.

On that front, Bjorkman got a bit of a boost recently from vice.com. I know, I never heard of it either, but then I still get most of my news from public broadcasting, network TV and the dead-tree product that lands on my front step each morning. So, take what I say in this regard with a grain of social-media salt.

Anyway, Vice did a piece online called “The House Districts Where the Midterms Could Get Weird.” And the South Dakota House District — we’re just one big, no-always-so-happy House district family in this state, of course — made the list.

Vice writer Robert Wheel points out that South Dakota had “For much of the 00s (meaning, I guess, much of the period from 2000 to 2010) at least one Democratic senator and was represented by a Democrat in the House, so don’t laugh.”

I’m not laughing, at least not until something Tapio says ends up on Colbert. And Democrat successes in the congressional campaigns go back much farther, of course, than “much of the 00s.” They actually began when George McGovern was elected to the U.S. House from the 1st Congressional District (back when South Dakota had two) in 1956.

By the ‘70s, things really got cooking for the Democrats. And at one point we had a liberal Democratic U.S. senator in McGovern, a more liberal (or a least a lot crankier) Democratic U.S. senator in Jim Abourezk and a 1st District U.S. House representative in Democrat Frank Denholm, who never seemed particularly liberal or cranky. At that point, only the always reliable Jim Abdnor of always-reliable Lyman County held a congressional spot — the 2nd District House seat — for the Grand Old Party.

And the really weird part, in case someone from vice.com ends up reading this, was that we even had a Democratic governor back then. Two of them, actually, even though only one of them actually got elected. But he did it three times.

Will wonders never cease? Yes. And they did. And they ceased right away for the governor’s office, as Dick Kneip’s last win in 1974 was also the last for a Democrat in a governor’s race.

Lt. Gov. Harvey Wollman finished out Kneip’s last term after the former dairy equipment salesman from Salem and first Catholic governor of South Dakota was appointed midway through 1978 by President Jimmy Carter to be ambassador to Singapore.

But by the time Wollman took the governor’s chair, he’d already lost the gubernatorial primary to Alcester banker Roger McKellips, who would lose to the state’s brash Republican Attorney Generally Bill Janklow in the 1978 November election.

Things lasted much longer for Democrats in South Dakota congressional runs, however, with at least one Democratic member of the state’s three-person delegation through 2014, when Sen. Tim Johnson retired.

And for a brief half year in 2004 (it was complicated, and involved then U.S. Rep. Janklow driving through a stop sign and killing a man riding a motorcycle) we had Democrats Tom Daschle — the Democratic leader — and Johnson in the U.S. Senate and Democrat Stephanie Herseth Sandlin in the state’s consolidated U.S. House seat.

Then Daschle lost to Thune in 2004 and Herseth Sandlin lost to Noem in 2010. Add Mike Rounds in the Senate and its Republican domination across the board.

But Democrats know it can be done in congressional races. Can Bjorkman do it? I’m inclined to write “probably not,” but that seems impolite. And I maintain that we hate impolite here in South Dakota, despite what you might conclude from our strong and, as near as I can tell, continuing support for Donald Trump.

Who is, well, the president of impolite.

But back to the House race.

When faced with the “Can Bjorkman do it?” question, Wheel lands on maybe: “There’s an open seat (incumbent Kristi Noem is running for governor) and Democrat Tim Bjorkman has the right profile for a rural, agricultural area — a former grocery store bag boy turned judge who’s running on a populist platform.”

Bjorkman does have a nice profile. And populism has worked here in the past. Maybe it will again. But were Trump supporters in South Dakota feeling a populist twinge or did they simply want to blow up the system as it has operated for decades? I’m not sure.

But I am sure that Republicanism has worked extremely well for politicians in South Dakota for most of the state’s history, so the odds are still with the GOP and its chosen ones. We’re still a few months away from seeing who will be chosen by primary voters for the House race.

Wheel notes the relatively inexpensive rates for media in South Dakota compared to elsewhere, and concludes: “So if you want a low-key sleeper race to keep your eye on, set a Google News alert for Tim Bjorkman.”

Now, I’m not sure what a Google News alert is, much less how to set one.  So I can’t help with that. But I agree this is a race worth watching, beginning with the GOP primary, and with Tapio.

Does he have the potential to charm the hard-right Republicans, committed voters who are likely to have a disproportionate impact on the GOP primary, enough to make Krebs and Johnson change plans? Will Krebs, who has shown more inclination so far than Johnson to dance with extremism, shift farther right?

If so, what should Johnson do? And how would that affect either in a general election campaign?

Would a three-way political fistfight in the GOP primary be divisive and costly enough to leave the winner, almost certainly Krebs or Johnson, in a weaker position in the general election run?

On that point, will Tapio capture enough money to effectively magnify his message? And is there a chance that he could step outside of a Krebs-Johnson skirmish and pull off a surprise primary win, like Mike Rounds did in the GOP governor’s primary in 2002?

Probably not. Odds are very good that Krebs and Johnson will keep their heads, and one of them will win the primary. And odds are good that winner ride a familiar wagon of Republicanism to the House seat.  Still, if you had offered me a prediction two years ago that Donald Trump would be our president, I would have offered you a snicker without the capital “S” in return.

Trump was the candidate of disorder. He loves chaos. And he brought it to the Republican presidential primary before he brought it to, well, the White House. Many of Trump’s supporters love Trump-like chaos, much of which is built on fear and division and in some instances bigotry.

Tapio loves Trump, and he seems to love chaos. So if Tapio can bring Trump-like turmoil to the Republican U.S. House primary, he will surely benefit from the bedlam. And so will Bjorkman.

By then maybe one of my grandkids will have taught me how to set my Google News alert. 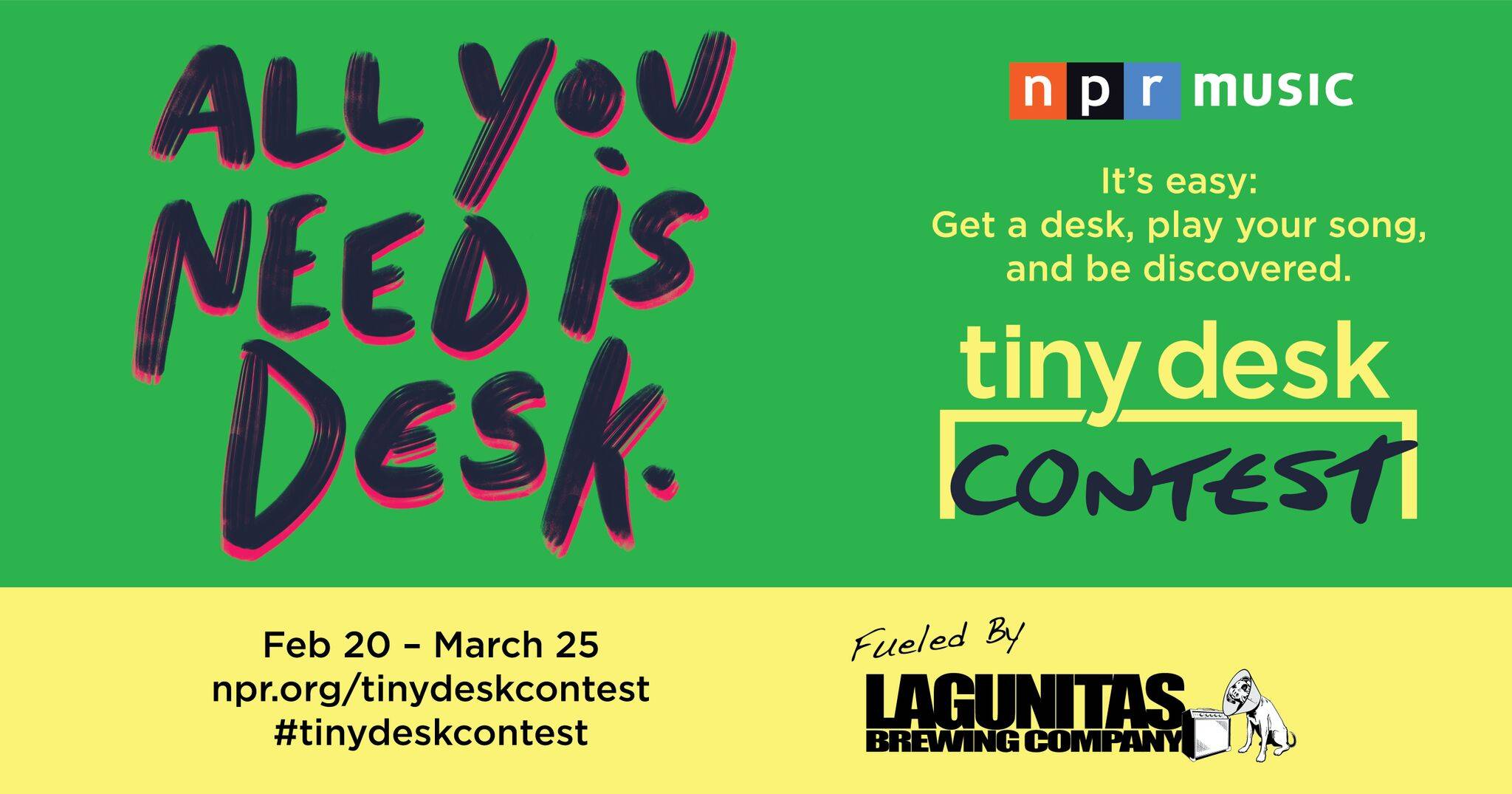 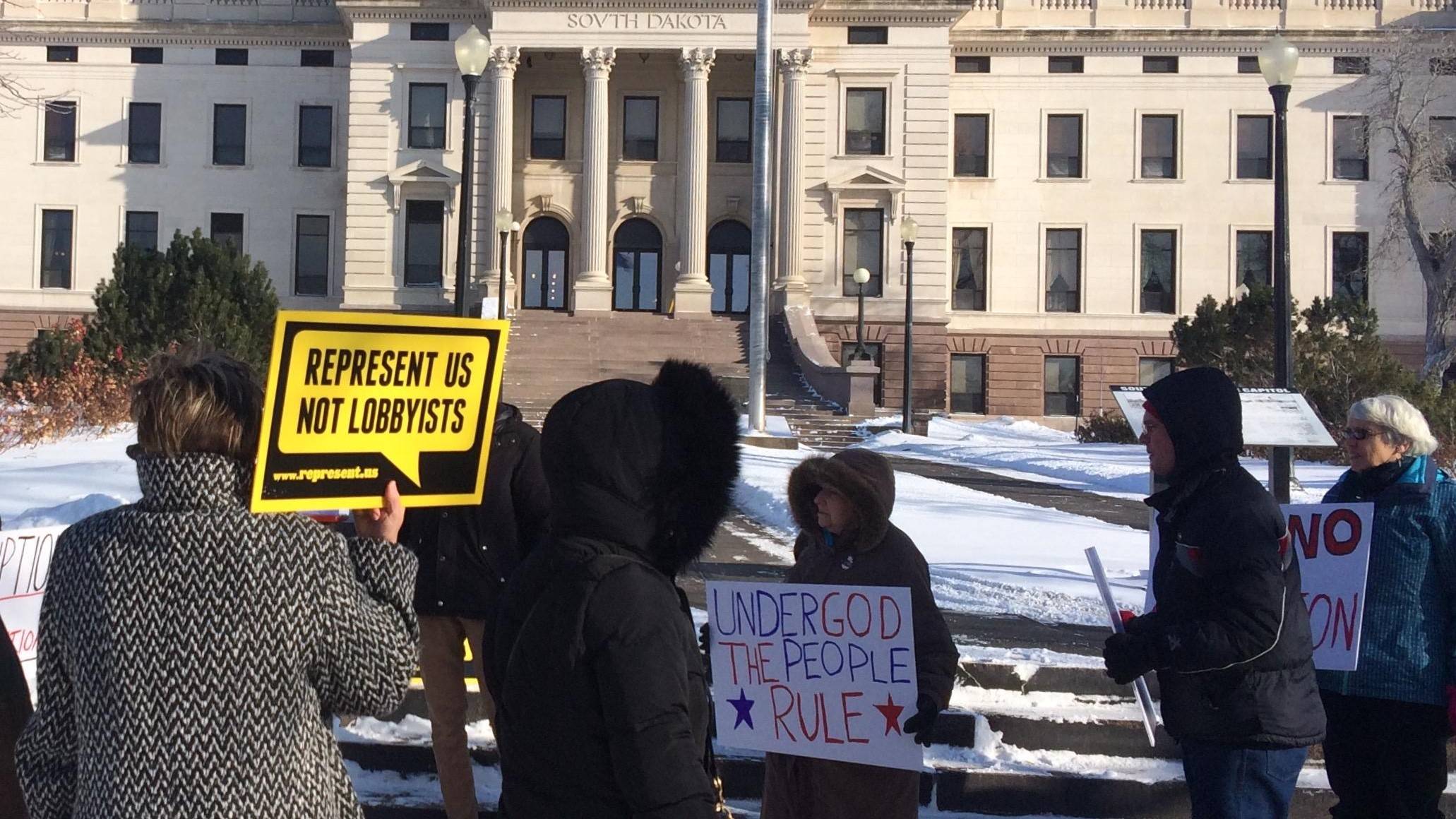