How about we just call the last two weeks of a campaign The Purge? 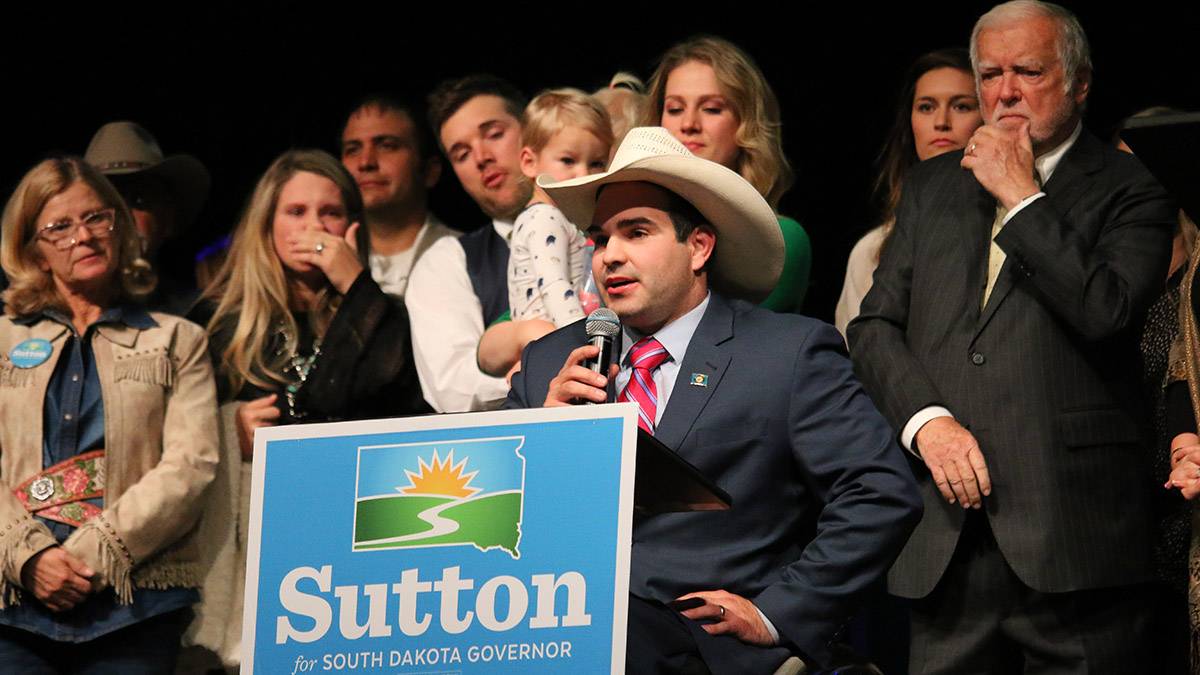 How do South Dakota values fit into a nasty political campaign?
On the Other Hand

A guy I respect for a number of reasons had this to say last week when I expressed disappointment over the barrage of attack ads against Billie Sutton by the Kristi Noem campaign.

“I personally don’t judge people by their commercials in the last two weeks of a tied campaign,” the guy said. “That’s politics.”

It’s also bad politics. It’s deceptive politics. It’s twisted and distorted politics, the kind of politics that comes out of a win-at-all-cost culture — our partisan political culture and unfortunately, our national culture over all — that puts victory ahead of honestly and expediency ahead of decency.

The ends versus the means and all that. All that hogwash, I mean.

And if asked, I think most South Dakotan’s would agree it’s hogwash. Yet, nasty and distorted often seems to work, here and elsewhere. If the latest KELO-Argus Leader polling is right, it seems to be working for Noem. She has knocked down Sutton's favorable ratings and slipped slightly ahead in potential voter preference a couple weeks after a polling showing her tied with Sutton 45-45 percent.

And the barrage goes on.

But beyond the discussion of the rights and the wrongs of distorted campaign ads, you’d have to stretch two weeks in some pretty creative ways to make my friend’s political perspective fit into the South Dakota governor’s race. Nasty, distorted ads have been in the campaign exchange for weeks prior to the two-week window that will end with the general election on Tuesday.

I was disappointed that Billie Sutton went on the attack, too, thus ceding the high ground. Once you attack, the best you can say about attack ads is: "Well, hers are worse than mine."

Which is probably true. And which might mean they're more effective. So far they seem to be.

I know that the popular political wisdom is that you must hit back by twisting reality against your opponent, rather than simply using the facts to defend yourself when hit by fact-twisting ads. But shouldn’t the facts and earnest face time with the camera be enough? Maybe not, especially in a time when facts seem to mean less on a national level than they ever have before.

And here we are. In fact, Kristi Noem is not the worst Washington has to offer, despite the Billie Sutton ad that says she is. And in fact, Billie Sutton is not a Bernie Sanders liberal hiding under a cowboy hat, no matter how many times the Noem ads says he is.

Noem started the attacks a couple months back, which settled any doubt about how close this race has been. People with comfortable leads can afford to be nice. When things get close, most candidates get mean — especially if they’re supposed to win the race and suddenly find themselves struggling in a dead heat.

With a 98,000 edge in registered Republican voters over Democrats, Noem is supposed to win. Yet, she found herself in a battle with a four-term state senator running in his first statewide campaign. So the four-term Republican congresswoman began early on a theme that would continue, alleging that Sutton only pretends to be a moderate Democrat but is in fact a wild liberal.

A wild tax-and-spend liberal. You know the routine.

What’s the basis for that? Well, Noem says Billie wants an income tax, even though there’s no evidence of that and Sutton denies it. Noem, who is as difficult to get off message as any candidate I’ve seen, continues to say it, even adding that she's only taking him at “his own words.”

That’s true, only in the twisted-campaign-ad sense, based on a recording of Sutton years back in a meeting when he made a vague reference to an  income tax as a possible source of funding for schools. Nothing came of it. No votes. No nothing. And he did not say “I support an income tax” or "We need an income tax" or anything close to that. He just said enough to be used in a campaign ad years later.

Beyond that, Noem has pointed out consistently in ads that Sutton endorsed and voted for Hillary Clinton. Even worse, a subsequent Noem ad proclaimed, his first choice was the even-more-liberal Bernie Sanders.

What’s the proof of that? None that I’ve seen, besides a grainy video clip from a past meeting somewhere that has Sutton saying he likes some Sanders policies but would be supporting Clinton.

Between the Sanders reference and the often-repeated Clinton comparisons, the ads conclude: Don’t vote for Sutton. He doesn’t have South Dakota values.

As you might imagine, I take that kind of talk seriously, and in some instances personally. Take the voting-for-Hillary thing. I voted for Hillary in the Democratic primary of 2008 and the primary and general election of 2016.

Not on every issue. Not in every way. We are people, after all, not clones.

The fact that I or Billie Sutton or my wife or anyone else happened to think Hillary Clinton was a better choice for president than Donald Trump doesn’t mean we don’t have South Dakota values.  It merely means that in 2016 presidential election, we were in the minority of voters in South Dakota, while being in the majority of voters in the United States as a whole.

Then there's also the question of whether South Dakotans in general have higher values or better values than other Americans? Is there such a thing as South Dakota exceptionalism? Maybe on some things, not so much on others. But we certainly don’t have a corner on values or exceptionalism. Do we?

Still the South Dakota values question as Noem has raised it in this campaign intrigues me. So I put it to four well-known South Dakota Republicans who came out and endorsed Noem recently: Gov. Dennis Daugaard, Sen. John Thune, Sen. Mike Rounds and Attorney General Marty Jackley.

In Jackley’s case, it was a grudging endorsement, included as part of a general endorsement letter signed by all four. Jackley is still stung, quite understandably, by his GOP primary loss to Noem in June, which concluded with some really stinging attack ads by the Noem team against Jackley.

In agreeing to sign the letter endorsing Noem, Jackley kept his word. He said after the primary loss that he would support Noem if asked. That’s apparently about all the support he wanted to give. Or could be expected to.

Daugaard and Thune have done more than sign the group letter. They appeared lately in campaign advertisements for Noem, which I thought were pretty good. I did question Daugaard’s statement that Noem put her political career at risk by challenging GOP leaders in Congress on behalf of South Dakota.

I don’t remember Noem making any moves that I thought would jeopardize her career. Maybe I wasn’t paying attention.

I haven’t yet seen an ad with Rounds. And maybe that’s unlikely, given the lingering feelings about the EB-5 and Gear Up scandals and their ties to the former governor and his administration. Or maybe a Rounds ad will land soon.

But since all four men became part of the Noem campaign, to one degree or another, with their endorsements, I asked them if they agreed with Noem’s contention in her ads that Sutton somehow lacks values we come to expect of South Dakotans. And did they think he want the best for South Dakota, just as Noem does?

Here are their responses:

Jackley: "As I've said from the very beginning, Billie is a friend of mine and while we do disagree on certain policy issues, I do believe he has good values and wants what is best for South Dakota.”

Daugaard: “Kristi and Billie have honest policy differences, but I don’t doubt that they both care about our state and I will work with either to ensure a smooth transition. I have already stated my reasons for endorsing Kristi, and I’d refer further questions about the campaign to the campaigns."

(Editor's note: At this point, I couldn't care less what the campaigns think. And if I do care, I just have to turn on the TV.)

Rounds: “If you’re applying to work as governor, you obviously value and love your home state. People can have similar values, but that doesn’t mean they’ll govern in the same way – or look for the same attributes when filling important appointments such as their cabinet, Supreme Court Justices, judgeships and boards and commissions. I believe that Kristi’s record on the issues points to how she’d make decisions as governor. We believe that she’s the most qualified of the two candidates to be governor of South Dakota.”

Interesting to note that Jackley is the only one who says simply that Sutton “has good values.”  Daugaard concedes that Sutton cares about South Dakota but doesn’t mention values, though that was my question. Rounds says it's obvious that Sutton values and loves his state. and seems to imply that Sutton and Noem might have similar values. No mention specifically of whether he thinks Sutton has South Dakota values.

I appreciate the fact that Jackley, Daugaard and Rounds -- or their staffers -- were willing and ready to respond to my requests, even though I'm no longer a full-time reporter. I appreciate their continued respect.

I’d like to tell you what John Thune said but he hasn't said anything. Not yet, at least. I contacted Thune’s D.C. office Tuesday and renewed that email contact yesterday and again early today. Still no acknowledgment of the question from Thune staffers. If and when I get a comment, I’ll include it.

Meanwhile, I will go on with this election cycle and with my life believing I have a pretty good set of South Dakota values. My votes for Hillary did nothing to change that.

Of course, there are things about Hillary Clinton’s policies and attitude and apparent value system with which I disagree. She has ethical and honesty problems. But so does Donald Trump, writ large — larger, I’d argue, than any president in my lifetime.

I happened to believe when I voted in 2016 that Hillary Clinton was a mediocre candidate who would be a better than average president -- one who would be better for America than Donald Trump. After two years of Trump in the White House, I believe now what I believed then. Some good things have happened under Trump, of course, especially to the economy. And plenty of bad things have happened to the fabric of our nation and the way we perceive and communicate with each other.

And on that point, what about Donald Trump and his values? Beyond his late-in-life “conversation” to things like a pro-life philosophy, he has hardly lived and certainly doesn’t behave in a way that I think fits with the value system I and most other South Dakotans embrace and believe in.

Yet, I have many friends and acquaintances who are good South Dakotans and good people who voted for Trump. Most would probably vote the same way, two years later.

And I won’t hold that against them, just as I'm pretty sure they won't hold my vote for Clinton against me.

Unless, of course, I decide to run for office. 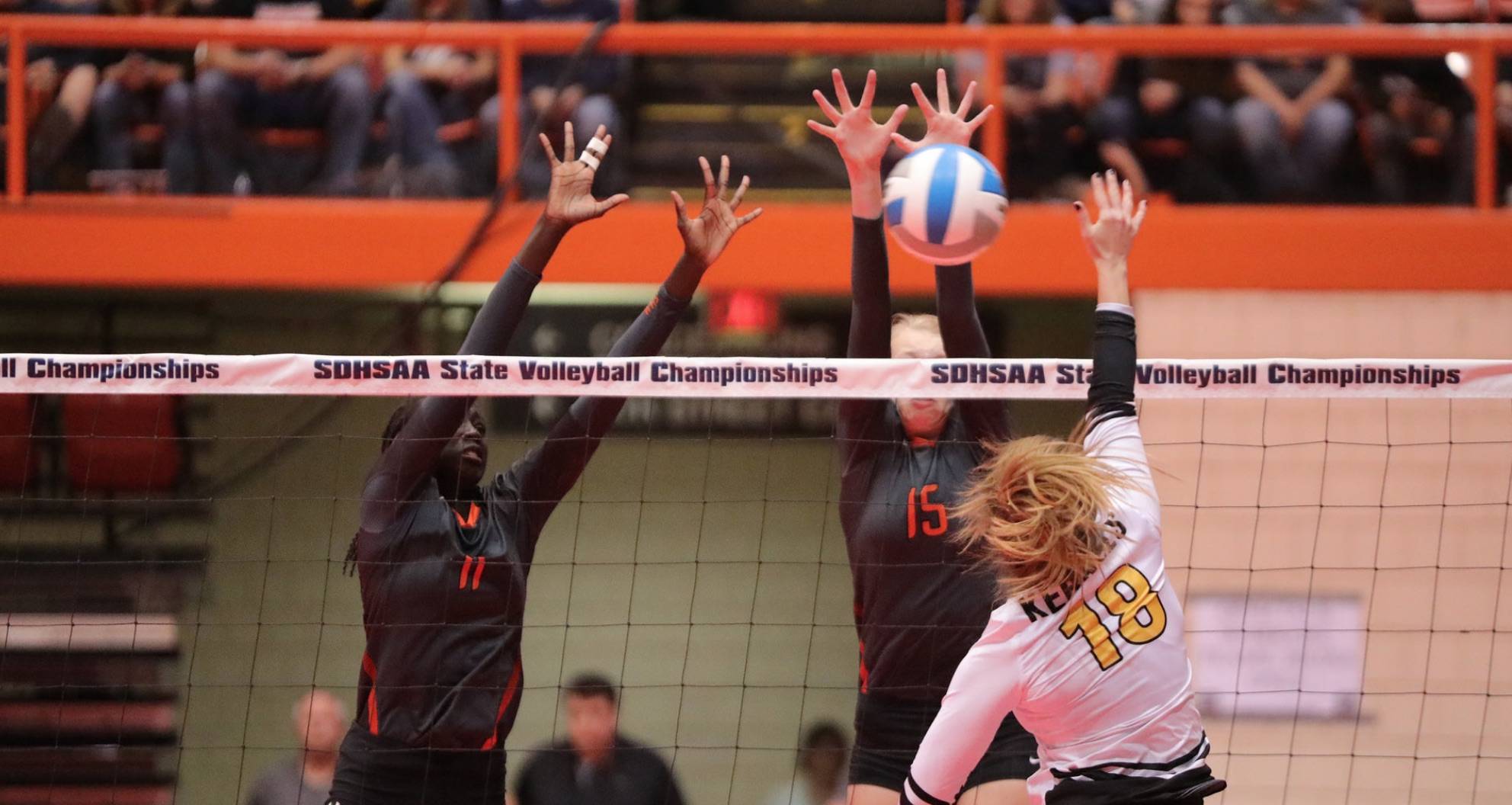 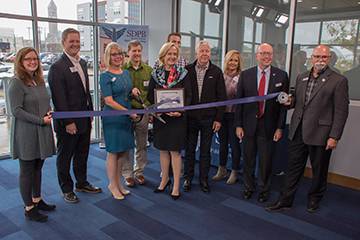