All digressions aside, the Sutton eyes have it for my sister the Democrat

Before we consider Billie Sutton’s eyes, my sister the Democrat and the width and depth of voter dissatisfaction with Republican dominance in Pierre, let’s pause for a moment on the name.

I admit, I indulge myself in digressions aplenty on this blog. So much so, in fact, that sometimes my writing here reminds me of a conversation with my digression-inclined brother.

No, not the stockyards guy. That’s Jim. He’s a straight-ahead conversation driver, a foot-on-the-gas guy who prefers to move along at a pretty good clip, just the way he used to drive farm pickups and grain trucks, much to our dad’s chagrin. But that’s another digression, a different story and at least one pretty impressive pickup roll-over.

For our purpose here today, I mean my other brother, Terry, the news guy. He likes the winding gravel roads of dialogue, driven at a pace that would make a free-range tortoise impatient. And if, midway through a journey through recollection, he happens upon a dirt road or section-line trail leading sideways in the conversation, he’s off in another direction.

I tend to follow along. And Terry always finds his way back to the main road, in his own time and by his own route. That’s kind of the way I operate here at the wheel of this sometimes-smooth-riding, occasionally careening vehicle of social-media, my blog, appropriately named or not.

Maybe you’ve noticed the digression thing. My wife has. There were signs of that as I spoke to her yesterday about my affection for the generous length potential I’m afforded by the tolerant platform providers at South Dakota Public Broadcasting.

“After a career in newspaper writing, it’s nice not to have to worry about a 600-word hole, or the possibility of getting the ending of a piece lopped off by an editor in order to make it fit,” I said. “Because, you know, I’m not doing inverted pyramid news reporting, where the least is last. On columns and blog pieces, the end matters. Sometimes the end matters most.”

“Well, how would we know,” said Mary, who was listening just enough to casually shape a short response. “Nobody ever gets that far.”

“Nobody ever” seems extreme. Some might. I’m almost certain of it. But it’s useful to have a woman in your life who helps you keep your ego in check. In that way, Mary is a lot like my sister the Democrat, who used to keep ego and other things in check for me by beating me with a hairbrush.

Later, after I stopped sneaking into her room to mess with her dolls, she graduated to merely pummeling me with the well-wielded weapons of argument. And, ouch, that really left some marks, too.

Mary Alice is a writer and a retired English professor — oh, and a Democrat. A liberal Democrat in most things, I should add. In fact, I used to describe her as being “somewhere to the left of Mao Zedong,” which was a bit of an exaggeration by an oft-pummeled younger brother.

My sister has mellowed with time, as most of us have. So I don’t fear the hairbrush or the well-wielded argument quite as much as I used to. I listen when she talks, however, as I did when she offered this endorsement of Billie Sutton following her first in-person meeting:

“All I really needed to support Billie Sutton was one look in those eyes,” she said.

So the eyes have it, for Billie, at least. Funny, she was never that impressed by my eyes. And let’s be entirely honest here: She was going to vote for Sutton even before the enchanting eyes experience because of what he believes, which is a lot like what she believes.

On the subject of beliefs, another brief digression. My sister is a strong-willed woman of feminist inclinations who taught for decades at a public university. So you could expect some wild-ideas conspiracy theorist critical of our higher-education system to presume she spent years using the well-wielded weapons of arguments to propagandize ripe minds with liberalism.

Nothing could be further from the truth, or further from the learning environment as observed in her classroom. Politically liberal? Sure. Driven to inculcate that liberalism and manipulate minds? Hardly.

She was driven to teach English, to inspire respect and affection for language, to share the power of literature and the value of a respectful exchange of ideas. Never have I seen a teacher more respectful of students and their beliefs, in and out of the classroom, than my sister the Democrat.

And never have I seen a teacher who cared more for her students, regardless of their political views, than my sister the Democrat.

When they talk politics, they do it carefully, which is probably a good idea.

I think my sister the Republican would be captivated by Billie Sutton’s eyes, too. Maybe not enough to vote for him, if she were still a South Dakota resident. But who knows? Sutton is kind of a throw-back South Dakota Democrat, with mostly moderate views and cowboy connections across conservative West River. He has the potential to rope in some Republicans if he throws his campaign loop just right.

And Sutton will surely get some GOP votes in his run for governor. He’ll need them, along with virtually all the Democratic votes and most of the independent votes, to compete against the eventual Republican nominee —Congresswoman Kristi Noem or state Attorney General Marty Jackley, depending on how that little election on June 5 turns out.

Without a primary opponent, Sutton has been holding off on major spending on advertising, preferring instead to use this pre-primary time period to raise money, develop a campaign network, make personal appearances across the state and develop a policy platform he hopes will be powerful enough to break the 44-year-old Republican hold on the governor’s office.

If he breaks that hold, it will be because a good chunk of South Dakota voters, including a fair number of Republicans, will have decided to shake up a system that has dominated the state for decades. We were a nation ripe for a shakeup in 2016. Will we be a state ripe for a shakeup in 2018? It's hard to imagine a shakeup that big, based on decades of voting history. But I would have never imagined Trump in the White House, either.

And if there is a shakeup of that magnitude, Sutton, his eyes and his “Restoring Trust & Integrity Plan” could be central to it. He presented the framework of the plan today in a telephone conference call, saying his listening sessions with citizens across the state reflected widespread unrest with state government as is.

And he argues that it isn’t just Democrats who are worked up.

“Absolutely, it is not a partisan issue is what I’ve found,” Sutton said. “That’s a good thing, and it’s why I’m hopeful we can see some positive change … there are folks on both sides of the aisle as well as independents that are very frustrated about what is going on.”

That “what” includes the high-profile case of mismanagement of public money in the EB-5 program, which allowed foreigners to seek U.S. residency by investing in approved projects. The shady dealings tied to EB-5, which has worked well on some projects, resulted in a misdemeanor plea, fine and probation for a principal player in the program, punishment that some thought inadequate.

Then there was the horrors tied to the alleged embezzlement of millions of dollars in grant money by an educational cooperative serving Gear UP, a program to help minority youth prepare for higher education. The missing money seemed small compared to the tragedy of an apparent murder-suicide, in which authorities say program administrator Scott Westerhuis killed his wife, Nicole, and their children before setting fire to their house and killing himself.

Could more transparency and better government oversight have kept better track of the grants and their uses and prevented the tragedy? It’s a question Sutton will raise, gently and perhaps not quite so directly, as he promotes his trust-and-integrity plan.

Both Noem and Jackley also promote their commitment to open government and transparency. When asked if either Republican candidate, as prominent players in the GOP system, was more vulnerable to being hurt politically by the scandals that occurred under Republican control of government, Sutton wasn’t inclined to point a finger.

“I don’t know that one or the other is more vulnerable,” Sutton said. “I think this is more a focus on what we’ve heard in the public, not specifically about any other candidates.”

The public, Sutton says, wants change. We’re months away from seeing how much.

Meanwhile, Sutton's style is not to be edgy and mean. And he’s likely to continue to avoid throwing stones at specific candidate targets as much as possible. Today he avoided it and focused on the highlights of his plan and its three main components:

This is a good issue for the four-term state senator from Burke, whose grandpa Billie was known and widely respected as a state senator and lieutenant governor candidate before dying in a farm accident. His grandson willl need a lot of good issues to beat the winner of the Noem-Jackley primary, because either will go into the general-election campaign with money, name recognition and a monumental edge in registered voters.

But issues like government transparency and reform will likely resonate with a good number of voters, which could benefit Sutton.

And according to my sister the Democrat, those eyes won’t hurt, either. 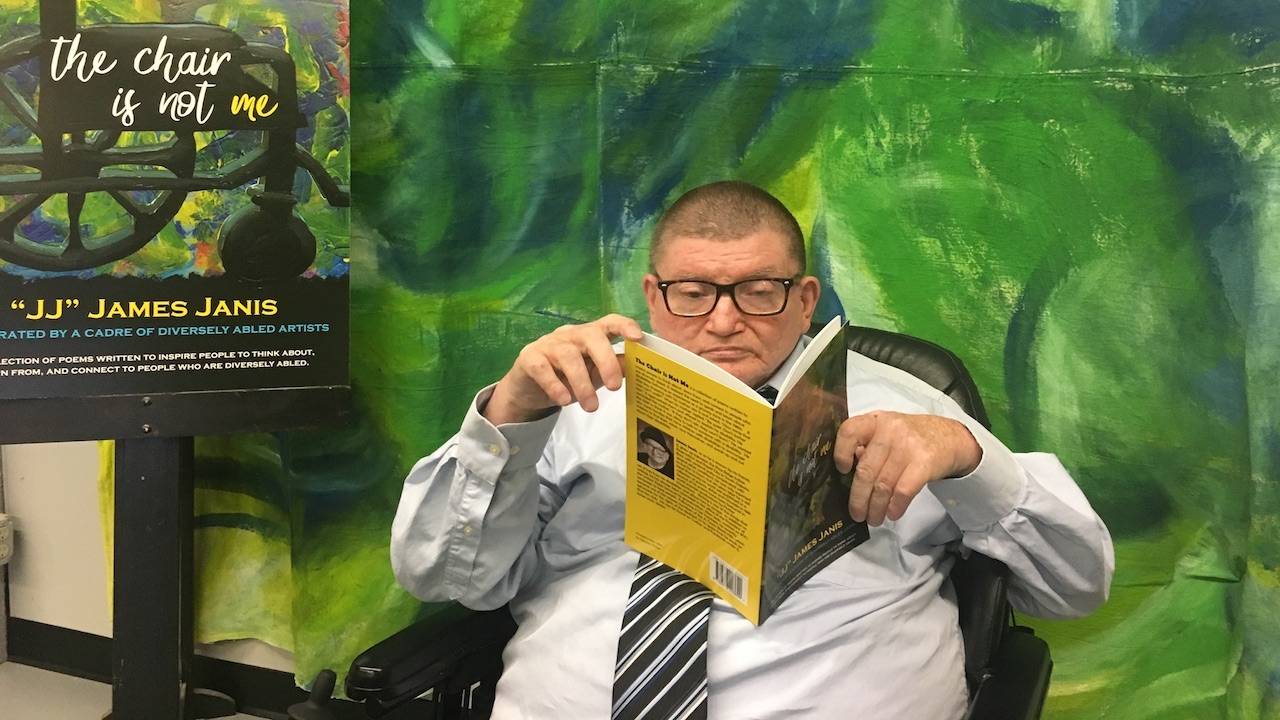 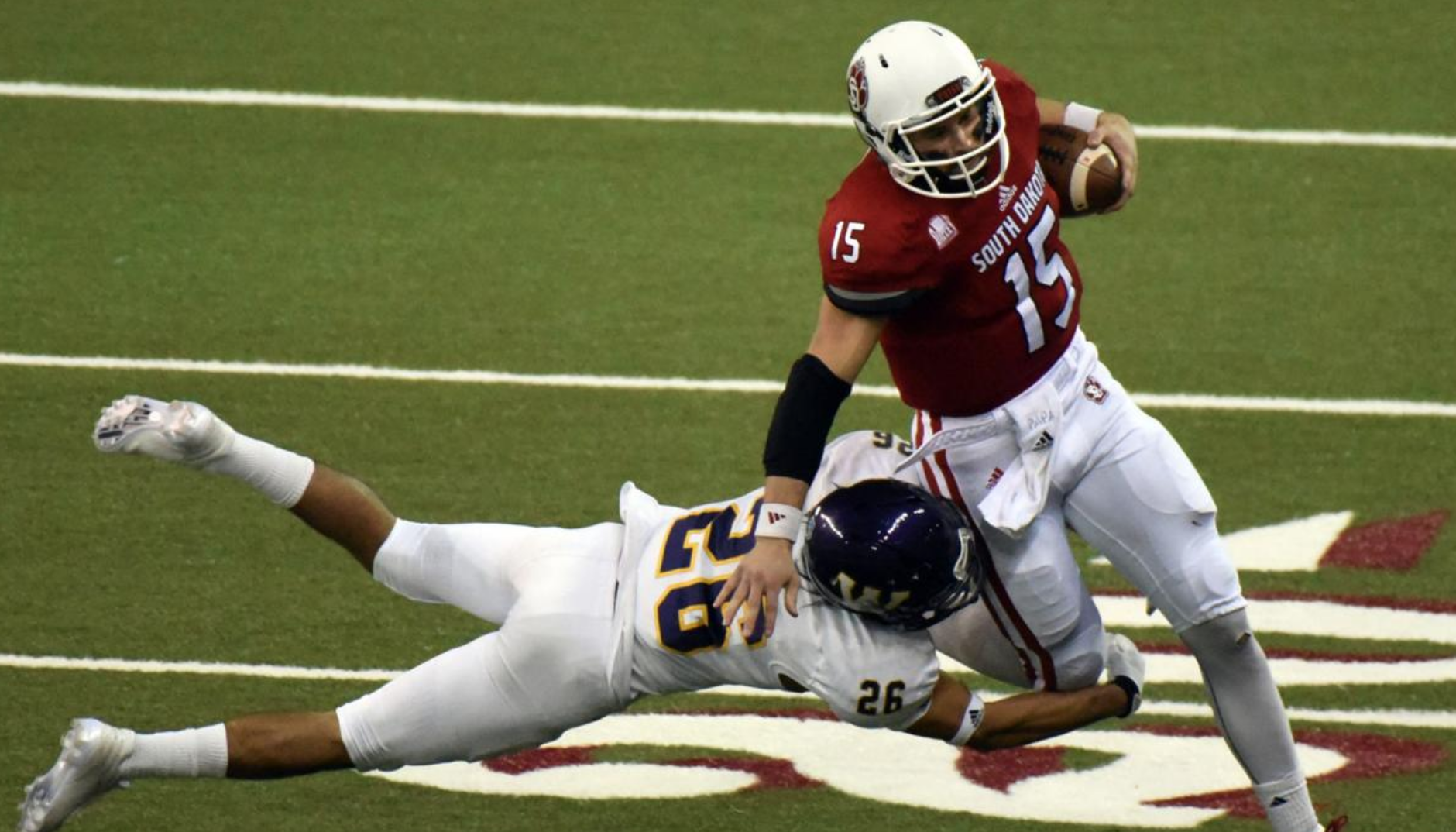