If you can't beat 'em, join 'em: Would the chance to make a difference be worth leaving the Democratic Party?

It’s time for a progressive wing of the Republican Party in South Dakota.

A real progressive wing, with candidates and platforms and influence with the mainstream GOP, and not just a scattering of moderate Republicans.

And the Democratic Party can help create it.

More than that, the Democratic Party should help create it, if the party is going to have any meaningful role in the future of South Dakota. But that will involve some sacrifice, as in sacrificing a percentage of the party’s registered voters.

More on that in a minute. First, let’s face it, for all practical political purposes, the Democrat Party in South Dakota as we have known it in the distant past and as it tries to portray itself today is dead. And it’s not going to be revived in any meaningful way anytime soon, even though well-meaning people will try.

Some Democrats I know have already done that from time to time in primaries. They register Republican to vote against a certain Republican — usually someone they consider to be a harsh conservative — and for a more moderate GOP option.

I’ve done that myself, although I’m a bad example because of my shape-shifting ways when it comes to political registration. I’ve been a Republican, Democrat, Libertarian and independent, more than once in each case, I believe. I’m not 100 percent sure right now how I’m registered, or why I made the most recent move.

What is a “progressive” anyway?

The other day while I was having chai tea with a couple of conservative pals, one of them called me a “progressive Republican.” It wasn’t meant as a pejorative, as some conservatives might have meant it. It was a matter-of-fact conclusion, and one with perhaps some degree of admiration.

I think “progressive Republican”  is pretty close to correct, too, although I think “conservative Democrat” wouldn’t be far from my political reality, either.

I know a number of Democrats who could be categorized as “progressive Republicans.” They include Billie Sutton, who came close enough as the Democratic Party’s nominee for governor in last year’s election against Republican Kristi Noem to give Democrats some hope of a 1970s-style comeback in South Dakota.

It was a false hope, however. Sutton showed well in the campaign not because he was a Democrat but because he was Billie Sutton. His personal brand was stronger than the party brand. Almost strong enough to win.

A Democratic friend who’s even older than I am said the other day that “Billie ran as a Republican” in 2018. I think that’s a bit of an exaggeration. But if he did run as a Republican, it was as a progressive Republican, and voters liked what they saw, even some voters who ended up voting for Noem.

Sutton didn’t have the benefit of the “R” after his name on the ballot, which is all that matters for some voters. Could Sutton have beaten Noem in a Republican primary, if he had been running as a progressive Republican?

Sutton’s name came up the other day on In the Moment with Lori Walsh on South Dakota public radio. She was discussing state politics and the state of the Democratic Party during the weekly Political Junkies segment with Rapid City Journal enterprise reporter Seth Tupper and Northern State University political science professor Jon Schaff.

Schaff suggested that nothing can change for Democrats in South Dakota without a transformational candidate like George McGovern. The South Dakota native, who was born in Avon and grew up in Mitchell, was raised as what you might have called a progressive Republican who was drawn to the Democratic Party as a young man by national Democratic leaders,, including Adlai Stevenson.  McGovern then led the revival of the moribund Democratic Party in South Dakota, beginning in the mid-1950s and reaching full partisan flower by the mid-1970s.

Schaff suggested that the Democratic Party needs not just another McGovern but also a handful of wealthy donors willing to contribute mightily to the party’s revival. It also needs an organization and a better brand name, one with relevance and influence, and a platform that speaks in more compelling ways to South Dakota voters.

It has none of that right now. And I can’t imagine it soon will.

Don’t look to Billie as a Democratic savior

Those who think Billie Sutton will try a McGovern-like revival of the party underestimate both the herculean nature of the task and Sutton’s own wisdom. He was smart enough in 2018 to promote his campaign as a Democrat while keeping some carefully managed distance between himself and the negatives tied to the party brand.

And that's good, for him. Because the recently disclosed financial troubles and questionable money management within the state Democratic Party leadership has only further diminished the status of the party brand.

My wife is a life-long Democrat and a former reporter. Like me, she is unaccustomed to making campaign donations. Reporters just don't do that. And when she did the next-to-unheard thing for either of us in 2018 and wrote a $500 check to Billie Sutton’s campaign, she didn’t write it to the Democratic nominee. She wrote it to Billie Sutton. So did many other donors.

It's unclear what Sutton's next political move will be. When I spoke with him last week, he said he was focused on his professional chores, his family and his private life, which is understandable after a difficult campaign. But regardless of what comes next for him, he can't tie himself too closely to a party that appears to have just two realistic options: continue to cling desperately to its tenuous handhold on political relevance in Southh Dakota, or let go and drop into complete insignificance.

And if in 10 or 15 years, Billie Sutton were a registered Republican, and one recently elected to statewide office, I wouldn’t be a bit surprised. He’d make a fine progressive Republican, just as he makes a fine conservative Democrat.

And is there any meaningful difference, really?

Two of the better state legislators I ever covered were Scott Heidepriem and Dave Knudson. Both are Sioux Falls lawyers, and both at one time or another were progressive Republicans. Maybe they still are, regardless of how they're registered.

That song doesn’t mean much against the realities of voter-registration numbers in South Dakota, which were once fairly balanced between Republicans and Democrats. That was a long time ago, and there’s no sign we’re going back.

You’ve probably seen the numbers. For the 2008 general election, there were 241,528 registered Republicans in South Dakota, along with 204,413 registered Democrats and 83,147 voters registered as independent or without party preference.

Now there are 260,393 Republicans registered, compared to 157,840 Democrats and 131,465 independents. What could reverse the trend that has generally worked in Republicans’ favor for decades? I can’t think of anything.

The trend to more independents is understandable in these anti-establishment times. But even in the face of that, as the Democrats lose more and more registered voters, the Republicans hold their own and gain slowly.

Putting Democrats where they can do more good

Given the continued gains by Republicans, would it really matter to the Democratic Party if it had 100,000 registered voters instead of 157,000? But what if those 57,000 were registered Republicans and working within that dominant party to impose some of their values and elect some of their candidates — perhaps even to statewide office?

I will offend many Democrats with what I’m writing here. And I understand that. And I feel badly about it. I have resisted writing this for some time. But I have continued to think it.

It comes down to this: If you want to make a difference in South Dakota politics as a Democrat, register Republican. And you can do that by degrees.

You can register Republican just for primaries, and vote for the candidate or candidates you prefer.  Then you’ll be part of an intermittent GOP progressive movement. Like an intermittent stream, if will flow only at certain times of the year, most commonly in the spring, around primary season.

Thousands of intermittent Republicans could change the overall flow of politics, and selection of candidates, in certain legislative districts and perhaps statewide. That matters. And it could matter a lot in some instances.

But the real impact would come if thousands — even tens of thousands — of Democrats actually became Republicans and committed themselves to being progressive members of the party. For most that could simply mean voting their conscience and contributing to candidates that reflect it. But for others it could mean getting active in the party structure at the county level and at the state level, and showing up for state conventions to try to shape or at least influence the platform — and to select nominees for certain general-election races.

This would be difficult for some Democrats, and impossible for others. Some strong Democrats, usually particularly liberal Democrats, couldn’t bring themselves to live with a Republican registration. Nor could they abide some parts of Republicanism. It would just be too hard.

I understand that. I respect that. But in honoring their convictions, they are in effect giving up a chance to play a meaningful, perhaps transformational role in re-shaping the political structure of this state and the policies, programs and elected officials it produces.

The future, really, is what we’re talking about.

That meaningful role might matter enough to a sizable number of Democrats — maybe thousands, or even tens of thousands over time — for them to learn to operate as registered Republicans, while still thinking and living like Democrats.

They’d be called Republicans in Name Only by the hard-right folks, of course. But so are many mainstream Republicans of today. We’ve reached a point where solid, life-long Republicans get called RINO because of one vote or a couple of public statements that anger some of those who think themselves judge and jury of party standing.

And if those re-registered Democrats show up at GOP conventions and other functions, pay their dues in money and service, are they not really Republicans with all the rights and influence and standing the name implies?

The alternative for Democrats seems to be more of the same — more self-deluded dreams of election upsets that never come true and continued dominance by the Republican super majority, which seems more and more influenced by an ultra-conservative philosophy.

Down that more-of-the-same road lies the madness or repetitious failure for Democrats. But there’s another road, one that could lead Democrats to a meaningful role in shaping the future of this state. 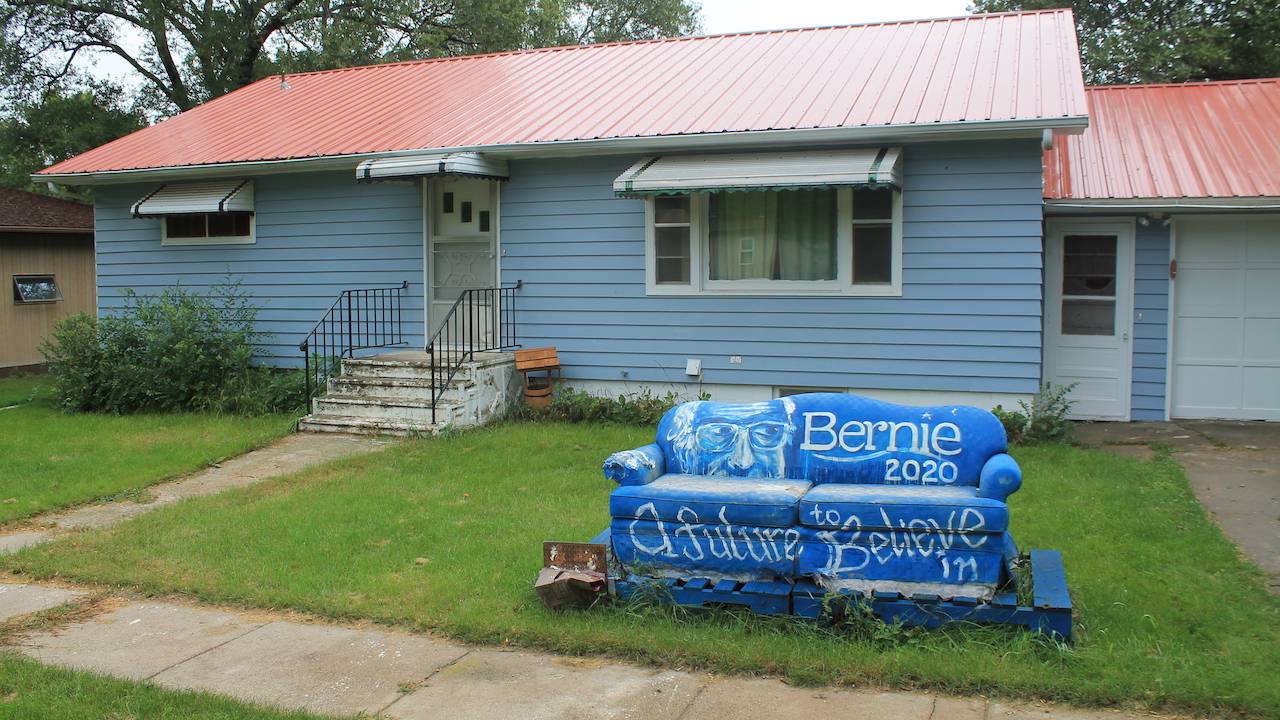 previous Post
Living
Social Democratic Sofa Art in Roscoe, South Dakota
by michael zimny
•
next Post
Images of the Past
The Deadly Sioux Falls Tornado of 1932
by brian gevik
•
next Post 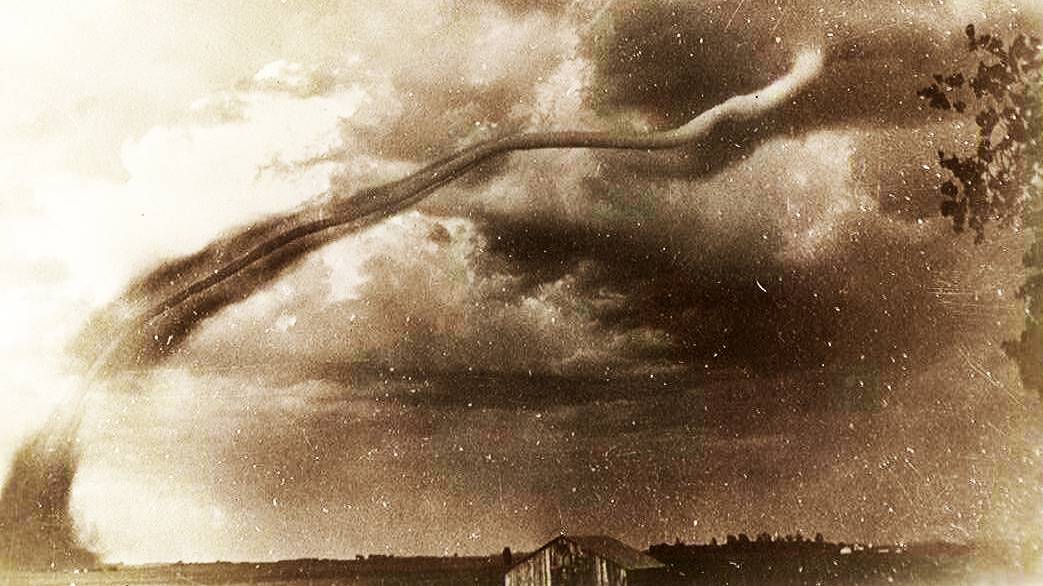