It’s true that I’m a sucker for mom-and-dad stories. So Jason Ravnsborg had me at, well, “I accept your nomination.”

I wasn’t actually there to hear it. But the newly nominated Republican candidate for South Dakota attorney general celebrated his victory at the GOP convention in Pierre on Saturday, which was also the one-year-anniversary of his mom’s death.

And so it became more than just a sad day. It became a mom-and-dad-story day, too.

“Our personal little rallying cry was that we're going to make that a happy day so that we wouldn't remember June 23rd always as a sad day,” Ravnsborg said by phone from the airport in Dallas, Texas (More on that shortly…). “I know my mother is looking down proudly.  I know she would be proud.”

His 73-year-old father, Richard, was plenty proud. And he didn’t have to look down from the great beyond. He was there, celebrating the victory with his son, who cherished his dad's presence.

“I was very proud to share the day with my father,” Jason Ravnsborg said. “The campaign and my mom’s passing have brought my dad and me even closer together.”

It’s ironic that a campaign that required months and months of road time and rubber-chicken banquets for the Yankton lawyer also meant getting closer to his dad, who lives in the small town of Quimby, Iowa. But that’s what phones are for.

“I try to call him every night if I can,” Ravnsborg said.

He is staying in touch with his dad and his campaign for attorney general by phone this week and next, as he takes part in joint military exercises at the U.S. Army’s Joint Readiness Training Center at Fort Polk, La.

Because of the swampy environment, Fort Polk offers jungle warfare training among other specialties. So Ravnsborg, a lieutenant colonel in the Army Reserve with past deployment experience in Afghanistan and Iraq, is doing some perspiring at Fort Polk.

He was sweating for another reason on Saturday, as he waited for GOP convention delegates to choose between him and follow Republican AG candidates John Fitzgerald and Lance Russell. But Ravnsborg wasn’t sweating too much. He was fairly confident going into the convention, with most educated observers considering him the pronounced frontrunner because of a well-structure campaign and effective delegate recruitment, particularly in more populated East River counties.

This isn’t a primary election, after all; it’s a convention election, where delegates count — literally.

Ravnsborg (It's pronounced Roundsberg) was the lead vote getter on the first vote at the convention, with 47 percent to 27 percent for Russell and 26 percent for Fitzgerald. As the third-place finisher, Fitzgerald — by far the most experienced of the three as a prosecutor — was dropped. Then Ravnsborg won a head-to-head vote against Russell, a state senator from Hot Springs with strong support in the ultra-conservative wing of the state GOP, 63 percent to 37 percent.

I won’t even try to explain the weighted delegate system, based on votes for governor by Republicans in counties in the last election. But Ravnsborg understood it well.

Brookings blogger Pat Powers was snooping around from start to finish of the GOP convention. On his blog, South Dakota War College, Powers offered valuable updates and afterwards a detailed review of the AG nominating process and votes.

I read it it. And you should, too, if you care about such things. But in summary, it didn’t take Fitzgerald and Russell long to figure out they were way behind Ravnsborg in delegates. So they decided on Friday to throw in together — or to go in cahoots, as my mother might say — to work against Ravnsborg.

That work apparently included some nasty, last-minute attack fliers against Ravnsborg being distributed at the convention, and act of desperation that seemed to backfire.

“I had a number of delegates come up to me and encourage me to continue to take the high road, which I had been doing, and not get in the mud with those types of tactics,” Ravnsborg said. “I had a number of people who told me they switched their votes because of the the fliers.”’

Whatever the reasons, the votes were overwhelming for Ravnsborg, which sent him into the general election against Democratic nominee Randy Seiler with a pretty good GOP convention mandate.

And what did he do to celebrate? Well, he drove home to Yankton Saturday night, arriving past midnight, repacked and was off to Fort Polk early on Sunday. I caught him by phone for a brief interview during his layover in Dallas Sunday afternoon.

“I didn’t get any sleep until I got on the plane,” Ravnsborg said. “I got a little bit of time to enjoy it (the nomination) and I’ve already started planning for the general election.”

That race will be another challenge for Ravnsborg, this time with different electoral math and techniques. He faces Democratic nominee Randy Seiler, who brings a briefcase full of experience and credentials that include work as U.S. attorney for South Dakota and chief deputy U.S. Attorney.

Ravnsborg, who was criticized by some in the GOP race for not having prosecuted a single case before a jury, touts his experience in civil law, noting that it also is an important part of the attorney general’s work. And he also touts his leadership roles and experience in the U.S. Army.

Ravnsborg says he hasn’t determined an approach to the campaign against Seiler.

“I’ve not seen him take many positions yet. But we’re going to talk about issues, because I will talk about issues,” Ravnsborg said. “I’ve got some issues, especially fighting drugs and fixing SB 70 and SB 73, and human trafficking.”

SD 70 and SB 73 were overhauls of portions of criminal justice laws designed, among other things, to address a burgeoning prison population and struggling residential juvenile detention system through alternatives to incarceration. Both Ravnsborg and Seiler say it needs and overhaul.

Human trafficking is a high-profile issue that current Attorney General Marty Jackley — who, like Seiler, is a former U.S. attorney — has worked to address at the state level, along with help from federal and local authorities. Seiler worked on those crimes while in the U.S. Attorney’s Office and says they would remain a focus for him if elected state AG.

At 71, Seiler has worked on a lot of crimes in a lot for a lot of years. As I reported on this blog recently, he worked in private practice for 13 years and followed with 25 more with the Department of Justice. There he worked as “lead counsel on more than 70 federal  felony jury trials” and more than 500 criminal cases.

So let’s just say that prosecutorial credentials won’t be a problem for Seiler.

“I think my focus is experience matters,” he said. “And I bring a depth and breadth of experience to the office which includes leadership in criminal cases, building relationships and a track record of working across party lines to find what unites us rather than divides us.”

A Vietnam veteran, Seiler has past stateg-governmemt work experience that dates back to an era many lawyers working in South Dakota today don’t remember — the Kneip years of the 1970s. Under the state’s last Democratic governor, Dick Kneip, Seiler was director of the state Division of Law Enforcement Assistance.

Then there was private practice in Mobridge and the move to the U.S. Attorney’s Office, where he focused on assistant USA work for most of his years, until becoming chief deputy to USA Brendan Johnson for five years. He was responsible for day to day operation of the office in that job. When he served as U.A. attorney, Seiler lead a staff of 30 lawyers and 30 support professionals.

And in the spirit of full disclosure, I should that one of those lawyers is my daughter. I assume Ravnsborg won’t hold that against me as a reporter. Small-state stuff, you know. Your neighbor today might be your elected or appointed news source tomorrow, or her cousin, or his brother-in-law.

Now, back to the new GOP nominee, the 42-year-old Ravnsborg can’t dispute the experience edge Seiler brings to the campaign. If’s hard to image there has ever been a first-time AG candidate in South Dakota with more experience. On the prosecution side, it’s no contest.

But it will be a contest on the political side, in a state with 80,000 to 90,000 more registered Republicans than Democrats, depending on where registration sits come November. prosecuted And the lack of prosecution experience didn’t seem to hurt Ravnsborg at the GOP convention.

Will it be different with the general electorate? We’ll see.

Ravnsborg touts his civil-law experience, an area of the law that he says is often overlooked but one that is also important in the attorney genera’s job. That can often involve defending South Dakota laws from court challenges or filing civil actions on behalf of the state.

The case Attorney General Marty Jackley recently argued before the U.S. Supreme Court, Ravnsborg notes, was a civil case on whether states could require certain businesses without a physical presence in South Dakota to pay taxes on online sales.

Which is part of his argument that it’s not all about his experience in prosecuting cases.

“There are so many other areas of the law that give a person courtroom and life experience also,” he said. “One has to not only be able to take a case to trial but also many more time negotiate a successful resolution without going to trial.”

Ravnsborg also argues that his military experience matters. He says he oversees 600 Army Reserve personnel  across the Dakotas, Nebraska and Missouri.

“I work daily with staff making decisions, assessing resources, personnel issues and budgetary matters,” he said. “And I will do that in the Attorney General’s Office.”

Checking in with his dad, and remembering his mom, along the way. 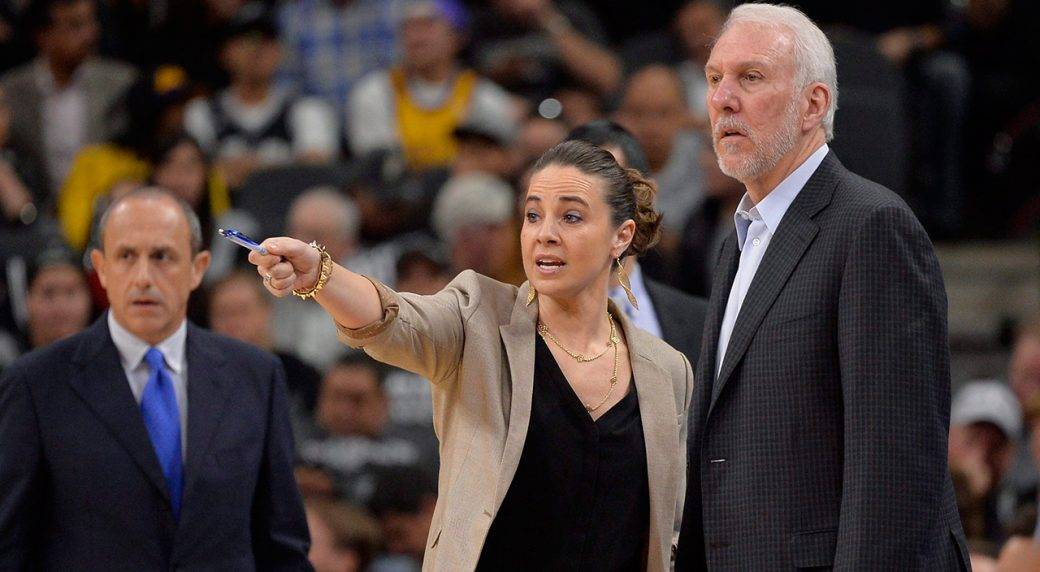 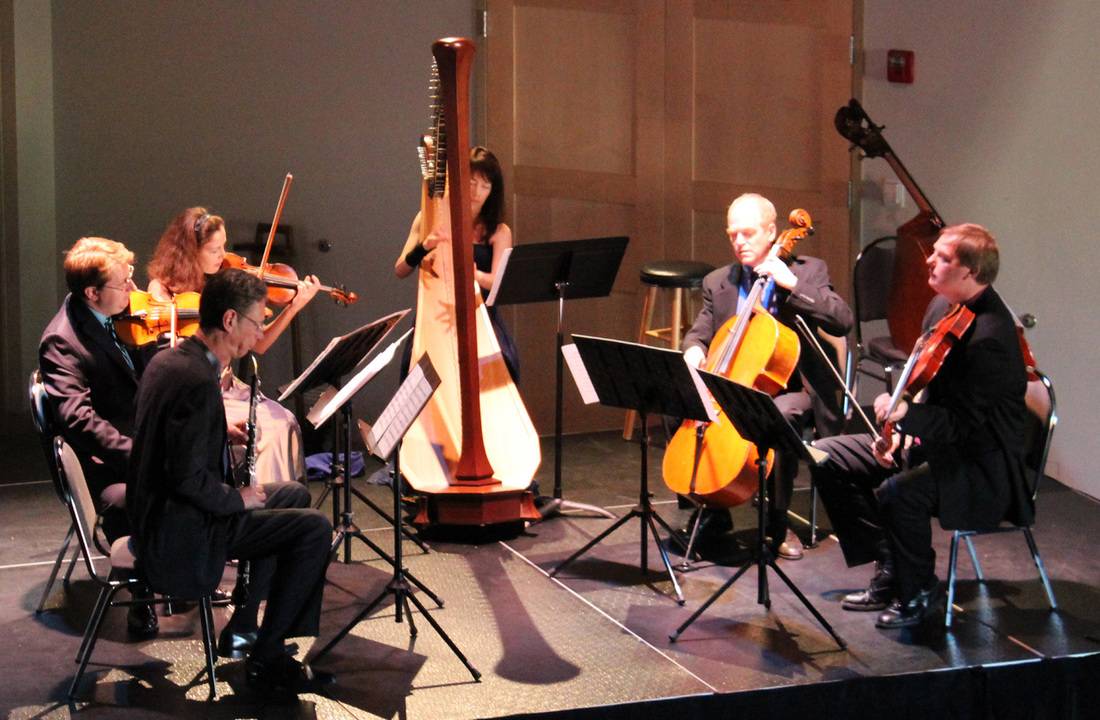