Saying goodbye to a peace-seeking legislator, and calling for more civility in an uncivil world

When I go afield with the shotgun and dog, I head for what Pennsylvania writer Charles Fergus calls “thick and uncivil sorts of places.”

But there are other places that are thick and uncivil, and not in such an ecologically inspired way. And they are often a lot less than wonderful.

Political places, you know:  the White House; the U.S. Capitol; and, yes, even if to a lesser degree, the South Dakota Legislature.

More and more, they are all thick and uncivil. So are what seems like a growing percentage of the people who work there, and seek jobs there in too-often-mean-spirited political campaigns.

Into which walked Craig Tieszen, a grown-up farm kid from Canistota with a South Dakota Mines engineering degree, a four-year Kenyan experience with the Peace Corps and a long, successful career in law enforcement.

Fair qualifications for a change-maker already. But then he added a lot more, including a gentle demeanor. Which you might not always expect from a lawman — a 32-year lawman, in fact, who rose through the ranks of the Rapid City Police Department from beat officer to chief, before he stopped enforcing laws and started making them.

You might expect a guy who had lived the police officer’s life and seen what a police officer sees to have been hardened by it all. Not so with Craig Tieszen. Not even close. Gov. Dennis Daugaard made that point Monday during a memorial service for the five-term state legislator at the Rushmore Plaza Civic Center theater.

“We all respect and appreciate our law enforcement, because they put their lives on the line every day to keep us safe,” Daugaard said to about 900 people, including many uniformed police officers and former legislative colleagues. “And they see people at their worst — violent crimes, domestic assaults, drug use, abuse of children. It would be easy to become jaded.”

Thoughtful officers work hard to resist that slide into cynicism. And Tieszen was a hard-working, thoughtful officer whose contemplative ways earned him a family name: “the ponderer.”

I’m of the opinion that all of us, including legislators, should ponder more and assume less. And Tieszen’s inclination to ask a lot of question and do a lot of pondering made him the kind of legislator needed by the people of District 34 in Rapid City, and by citizens across the state.

So he used his difficult policing experiences, rather than allowing them to use him. And the result was a lawmaker with a more nuanced, informed, compassionate perspective.

“Craig saw the best in people, even when he was seeing them at their worst,” Daugaard said. “And I think that is why so much of his legislative service was committed to giving people second chances. He saw that, once a person had paid his debt to society, the best thing we can do for him is to help him find a place where he can contribute — in a family, in a job, in a community.”

Tieszen did that himself, in a family and in a job, and in a community that turned out to be as big as South Dakota, and bigger.

His four years as a teacher with the Peace Corps in Kenya after college were twice the commitment he made initially. But two years weren’t quite enough, even though they included a bout with schistosomiasis, a parasite-borne disease spread by contaminated water in tropical and sub-tropical regions.

Tieszen was flown back to the United States for treatment, then headed back to Africa, where his impact among students and colleagues was lasting.

During the memorial service, Rapid City Mayor Steve Allender, a Tieszen friend, former colleague and successor as police chief, read social media-comments from a former student of Tieszen’s in Kenya, who described Tieszen as “a great person,” and a man of “integrity and humility.”

Allender also read a comment from a Peace Corps co-worker who praised Tieszen as “the nicest guy,” and “very intelligent and very funny.”

A nice guy with integrity, humility, intelligence and a sense of humor was likely to go places in the world, even if most of those places ended up being not so very far from that farm back in McCook County.

As Allender pointed out, Tieszen could have added his South Dakota Mines degree in chemical engineering to his experiences and personal attributes to go just about anywhere that offered much heftier paychecks than could the Rapid City Police Department.

“He always knew that, but he never regretted his decision,” Allender said.

The guy who cared for and sold cows raised on the family farm to fund his college education had more than paychecks in mind. That was probably clear in 1968 when he took a summer job as recreation director at the Club for Boys in Rapid City, in between years at Mines.

That began a relationship between Tieszen, the club and the boys that endured for almost 50 years. He was on the Club for Boys board of directors for 35 years. But more than that, he was part of the club, and part of the life of the boys, for half a century.

In lieu of flowers, the family asked for donations to the club, where Tieszen would join the kids for lunch or games or just for conversation. Just so they knew someone cared. In this case, someone who happened to be a cop.

Sometimes he would collect a few boys for a bicycling trip on the George S. Mickelson Trail.
Close Tieszen friend Craig Oyler said during the service that one of those Mickelson Trail trips left Tiezen feeling sad.

“It broke his heart,” Oyler said, to learn that none of the eight boys on the trek had a father in his life.

Tieszen did what he could to offer some fatherly influence, for an untold number of boys at the club. He also provided other kids with a sense or order in a more official way by policing the hardwood as a basketball referee for more than 30 years. That included 25 years at the Lakota National Invitational, which showcases Native American basketball, art, traditional games and culture and education.

It was no surprise, then, that a Native American star quilt from the State-Tribal Relations Committee — on which Tieszen served — was displayed on the stage near Tieszen’s polished-wood casket. There after the service Monday, a line of Rapid City Police officers and other law-enforcement and public safety officials stopped to salute or bow their heads in respect.

While most were stoic, some were clearly shaken as they walked away slowly, and a few wept. There were plenty of tears in the audience, too, during the eulogies. Allender urged those who struggled wiyh emotions to embrace their grief but also celebrate the life of a “genuine” human being who lived to serve, and took that service personally.

Gov. Daugaard choked up on a couple of occasions during his eulogy. Daugaard said he was shocked to learn on Thanksgiving Day that the 68-year-old Tieszen and his 61-year-old brother-in-law, Brent Moline, had died the day before on Rarotonga in the Cook Islands when their kayaks got caught in rough water.

“It is still hard to believe Craig is gone,” Daugaard said.

The memorial service on Monday was the day before the governor’s annual budget message to state lawmakers at the South Dakota Capitol in Pierre. And Daugaard was preparing for a image in the South Dakota House chamber certain to bring a few tears.

The House floor is always packed for the budget message, because both the House and Senate members gather in the bigger chamber there for the governor’s speech. Tieszen served four terms in the state Senate, so he was a visitor in the House for the annual budget message.

But with term limits keeping him from running again in the Senate, Tieszen ran for the House in 2016, and won. He was in his first House term and had served his first session there last January. His chair on the House floor remained empty during the governor’s address Tuesday. There were flowers on his desk, and personal thoughts exchanged among those who knew and worked with him.

Some lawmakers shared those thoughts aloud in short recollections and joined with their colleagues and those in the gallery in singing Amazing Grace prior to the budget message. The budget numbers matter, but the stronger message Tuesday was one of love and remembrance for a friend and colleague lost.

Away from the state Capitol, Tieszen was being honored in another way. Rapid City Journal officials announced the creation of the Craig Tieszen Award for Civility in Lawmaking. It will be presented for the first time during the South Dakota Newspaper Association’s annual Newspaper Day at the Legislature on Jan. 25. Lawmakers and others may make nominations for the award by email at news@rapidcityjournal.com

Daugaard spoke on the value of the award in a comment emailed by Tony Venhuizen, the governor’s chief of staff, later Tuesday.

“Rep Tieszen set a good example as a public servant,” Daugaard said. “And there are certainly many other legislators who serve the public with civility and respect also. They don’t always get as much attention, and this is a nice way to honor both Craig Tieszen and recognize other legislators who follow that example.”

That example will be followed far beyond the Capitol. Rapid City Police Chief Karl Jegeris said during the Monday memorial service that Tieszen helped bring “a higher level of professionalism” to the police department. He also brought, Jegeris said, a collaborative, inquisitive style that serves as a model for other officers, and their supervisors.

Jegeris said Tieszen was “one of the greatest listeners,” with an inclusive nature and a commitment to “always seeking the opinions of others.”

Well known as a peacekeeper in his work, Tieszen was also a peace seeker who worked to close divisions throughout his life, Jegeris said.

“He sought peace wherever he’s been,” he said.

And, of course, Tieszen has found a lasting peace through a tragic accident that leaves his family broken-hearted and his friends and colleagues stunned. It also leaves a peace-seeker’s job left unfinished.

Jegeris considers that a call to action to those who live on.

“I ask you all to carry on that peace-seeker’s legacy.”

Daugaard said there is great room and reason for legacy building in honor of Tieszen.

“Over the past few years, he has been so central to so many of the important debates that have taken place in Pierre. And he wasn’t finished,” Daugaard said. “Just as recently as a few weeks ago, he was attending a meeting on opioid abuse. He was calling a cabinet secretary to discuss changes to licensure statutes. He was always thinking, pondering, about the work that was yet to be done.”

That work will go on without Tieszen, of course, but not without his memory and the impacts of his service in law enforcement and lawmaking, in volunteer work and community leadership.

As Daugaard said: “Our state is a better place because of Craig Tieszen.”

And perhaps a little less thick and uncivil place, too.

previous Post
Living
When Winter Weather Hits, We Should Consider the People Who Help Us When This Happens
by michael zimny
•
next Post
Press Releases
Christiane Amanpour Coming to SDPB
by katy beem
•
next Post 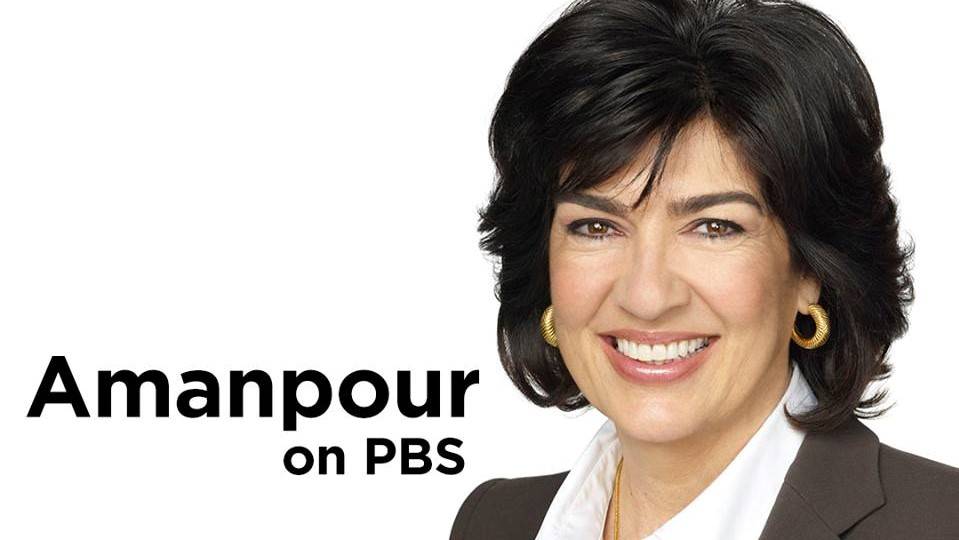