What's missing from a third-party campaign mailer or robo call? Most of the time it's the truth 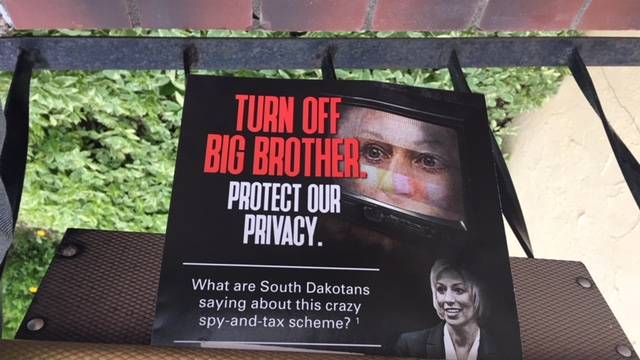 The dark, distorted side of political campaign messaging
On the Other Hand

They take the fun out of a campaign, as well as the soul, and often the facts.

Or if they don’t destroy the facts, they hide them or twist them into a gnarled mess, or both.

Take the two-page political advertisement that made the rounds of South Dakota mail boxes last week, taking a swipe at Secretary of State Shantel Krebs.

Somebody took a similar swing last week at former PUC Commissioner Dusty Johnson, the other main contender in the Republican U.S. House primary here in South Dakota. In his case it was the nasty robocalls to potential voters.

My neighbor handed me the mailer as I worked out in my front-yard flowerbed. My brother, Jim, down in Sioux Falls also mentioned by phone that he had received it in his mailbox. It’s classic campaign distortion.

Ominously designed and colored, the mailer includes the predictable unflattering photographs of the targeted candidate, as well as distorted headlines designed to create a distorted reality among readers — and especially among voters.

The biggest headline on the political mailer screams in capital letters: “TURN OFF BIG BROTHER!”

And, slightly smaller, but still in caps: “KEEP BIG BROTHER OUT OF SOUTH DAKOTA.”

And how about this one: “What are South Dakotans saying about this crazy spy-and-tax scheme?”

Well, on that last one, most South Dakotans are not saying much. They’ve got other things to worry about. Besides, they're not aware of any “crazy spy-and-tax scheme” because there isn’t one. In fact, the issue at hand — the one a creative opponent might call a spy and tax scheme—  is a decade old.

It was talked about in 2008, as South Dakota officials were looking for ways to pay for highway needs. Krebs was a state legislator back then, part of a summer study committee that was examining funding issues for state highways.

She made a comment, which was reported by a guy named Terry Woster in the Argus Leader, that the committee might want to study the idea of trying to tax vehicles based on the miles they drive on state roads rather than just the gallons of fuel they used. There was then a pilot program with the devices in Oregon.

Charting those miles would mean installing a GPS-system monitoring device on vehicles, which is where the “big brother” call comes in now. Except that the whole thing was little more than a mention and some discussion at a summer committee meeting. It never went anywhere, like many casually considered notions in legislative summer committees.

And when did this discussion take place? Oh, yeah, 10 years ago. So, case closed long ago? No. Never. Not in a political campaign.

An illusory idea or a comment or inclination that is old enough and dead enough for carbon dating can be brought back to life by the creative truth manipulators in the election-influencing game. No case is closed if it can be used against someone, unfairly or not.

So, most of those who received the mailer didn’t and don’t have a clue what the basis for all the capital-letter SCREAMING is on the mailer. They might be able to find out, if they have great memories or are really good at internet searches and bothered to read the literal fine print on the mailer, which points to “Source 1: Terry Woster. “Road Money Needs Urgent” Argus Leader 7/30/08.”

I searched myself. Couldn’t find my brother’s story.

But there is another almost-hidden, almost-impossible-to-read source for all this capital-letter screaming: “Editorial: Tax Per Mile Idea Totally Without Merit. Aberdeen American News. 8/5/08." I searched. Couldn’t find the AAN editorial, either. You can assume that “per-mile” meant some sort of tracking device.

So I went to the South Dakota Legislative Research Council Website and looked around at bills for the 2008 and 2009 legislative sessions. Couldn’t find an answer there, either. Which doesn’t mean it wasn’t there. I just couldn’t find it.

Since then, I’ve found a copy of Terry’s story, through a friend who subscribes to newspapers.com, which I’ve never used but to which I plan very soon to purchase a subscription. So I was able to confirm, through a reporter who is as credible as any who has ever worked in this state, that Krebs mentioned the idea -- simply mentioned it -- that has now become the basis for the mailer attack.

Before I had that story and when I was still looking for it, I emailed Krebs campaign staffer Kate Kuenzle about the mailer on Friday. I also called Johnson. They're the top two contenders in the primary race, which also includes candidate Neal Tapio, a state senator from Watertown who is expected to finish third.

Very few of the potential voters who saw that mailer last week know about or subscribe to newspapers.com. Very few, if any, called Dusty Johnson and emailed the Krebs campaign, as I did.

So we can assume that an overwhelming majority of the people who saw the mailer had no idea what the time frame or basis for the “BIG BROTHER” and “spy-and-tax” claims were. The headlines make it sound like Krebs is working on a “crazy spy-and-tax scheme” right now, and needs to be stopped “BEFORE IT’S TOO LATE!”

That last bit of screaming caps was mine, by the way. But the mailer does scream in caps: “KEEP BIG BROTHER OUT OF SOUTH DAKOTA. KEEP SHANTEL KREBS OUT OF OFFICE.”

Which is really unfair to Krebs. And it benefits Johnson, of course. It also probably benefits Tapio, although probably not enough to make much percentage difference in his finish.

Most misleading campaign mailers begin with a grain of truth, then get wildly fictionalized from there. In this case, it’s a barely identifiable grain, along with the hyperbolic headlines and negative shrouding.

Johnson said the mailer isn’t the kind we should see in any campaign.

“I do think the tone of the piece paints a lot more negative picture than it should,” he said. “Like most voters, I roll my eyes at that. I don’t like horror music on TV, either.”

Of course, my obvious question for Johnson was whether he was in any way tied to the mailer, which was paid for, as noted on the mailer, by Citizens for a Strong America Inc., a conservative organization that, last I knew, was based in Wisconsin.

But I use “based” loosely, because I think it’s mostly a mail-box base. But they can raise some money, and spend it for or against chosen candidates.

According to OpenSecrets.org, the Citizens for a Strong America political action committee has spent more than $37,000 against Krebs. But she shouldn’t feel too bad. It has spent almost $338,000 against Diego Morales, a Republican U.S. House candidate in Indiana.

I wonder what kind of mailers Morales is dealing with?

So far in the 2018 cycle, Citizens has raised more than $3.1 million and spent almost $1 million for and against different candidates. A look at the biggest donors to the PAC and the amount of their donations shows some pretty serious dough.

I asked on Friday what Johnson knew about it and about Citizens for a Strong America, Inc. Not much, he said.

“I don’t have anything to do with that. I didn’t see it until today,” he said Friday.

It’s a candidate’s nature to assume a negative bit of advertising in a campaign is somehow tied to the opponent. Just as the Krebs folks were suspicious of Johnson about the mailer, he was suspicious of them about the robocalls, which ask questions designed to hurt Johnson with voters. They are distorted questions, of course, with little if any basis in fact.

According to people who heard the calls, they  make claims against Johnson that he says “are provably false.” The calls ask questions implying that Johnson is for raising taxes and was improperly used state airplanes when he worked for state government.

Johnson said he wasn’t even in state government when an increase in the state sales tax was approved, primarily for teacher salaries. As for the airplane charge, while he was with the state, he did sometimes get picked up or dropped off by a state plane in his hometown of Mitchell. But it wasn’t improper, Johnson said.

“If we were going to Yankton, say, to meet with health-care providers, rather than drive to Pierre and catch a plane that was picking up other people there, the plane that was going from Pierre to Yankton would pick me up,” he said.

The robocalls implied a lot more than that. So of course I asked the Krebs campaign if they were tied to it in anyway. Kuenzle said they were not. Upon hearing that, Johnson said he believes them and is ready to move on.

Johnson said the robo calls seem to have been put out by a company called Broadvox, which  appears to specialize in digital telecommunications work.

"I assume they're just a vendor," Johnson said. "They have to say who they are, not who paid for it.

Then there’s still the matter of Citizens for a Strong America and an apparent connection, through its current head, to Koch Industries, which has majority ownership by the politically active brothers Charles and David Koch.

After the mailer came out last week, the Krebs team noted that Johnson had announced a few days earlier that he had been notified the he was being endorsed by Koch Enterprises.  And given the resources and influence of the Koch brothers among Republicans, that endorsement meant something.

Early in my reporting of this story, the Krebs team pointed out that the head of Citizens for a Strong American was a former Koch employee. Johnson said then he wasn’t aware of those connections when he announced Koch’s endorsement.

“The fact that I mentioned Koch Industries is in support of me, that doesn’t seem like something I would do if I knew somebody was planning this,” he said, referring to the mailer.

The Koch corporation itself can’t donate directly to the Johnson campaign. It can purchase ads on its own supporting Johnson, which it apparently has not done yet. And the Johnson campaign can take money from a Koch PAC, which is funding by donations from employees.

Johnson said it would be a violation of federal law for him to work with Citizens for a Strong America on a mailer or anything else campaign related. He also said campaigns and voters are much better served by strong debates on issues, rather than nasty mailers or misleading robocalls.

On that, he and Kuenzle agree.

“We were really hoping this campaign would have stayed focused on the issues,” she said.

I was hoping the same thing. But then, I always do. And I’m always disappointed.

previous Post
Living
Acclaimed Author to Keynote at South Dakota Festival of Books
by heather benson
•
next Post
Living
Images of the Past: From the Great Plains to the Great War
by katy beem
•
next Post 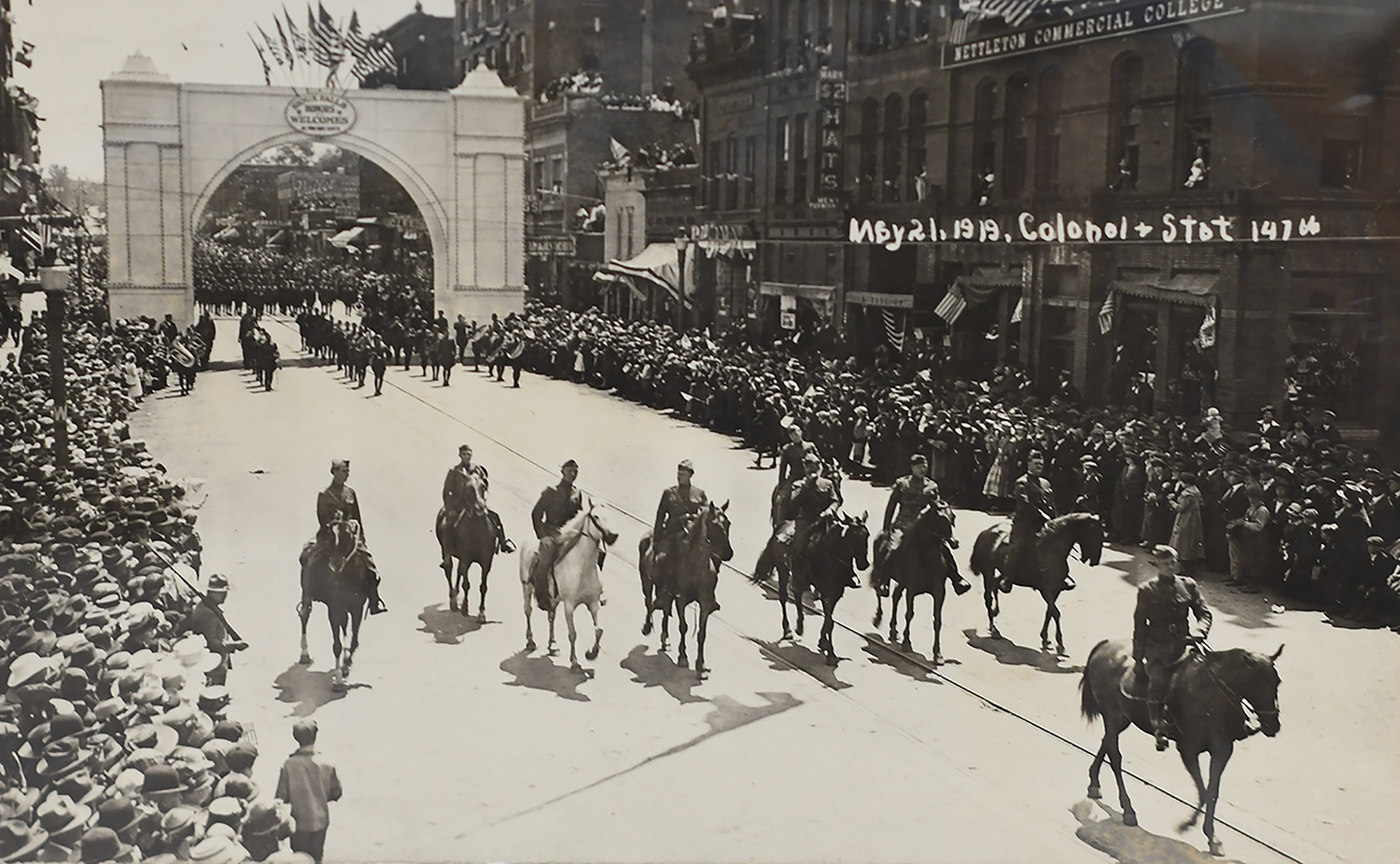