The North Bend Wind Project would be Engie’s second wind farm in the state.

The 200 megawatt, 71-turbine wind farm would be located on nearly 47,000 acres in Hughes and Hyde counties, south of Harrold and north of the Crow Creek Reservation and Missouri River. 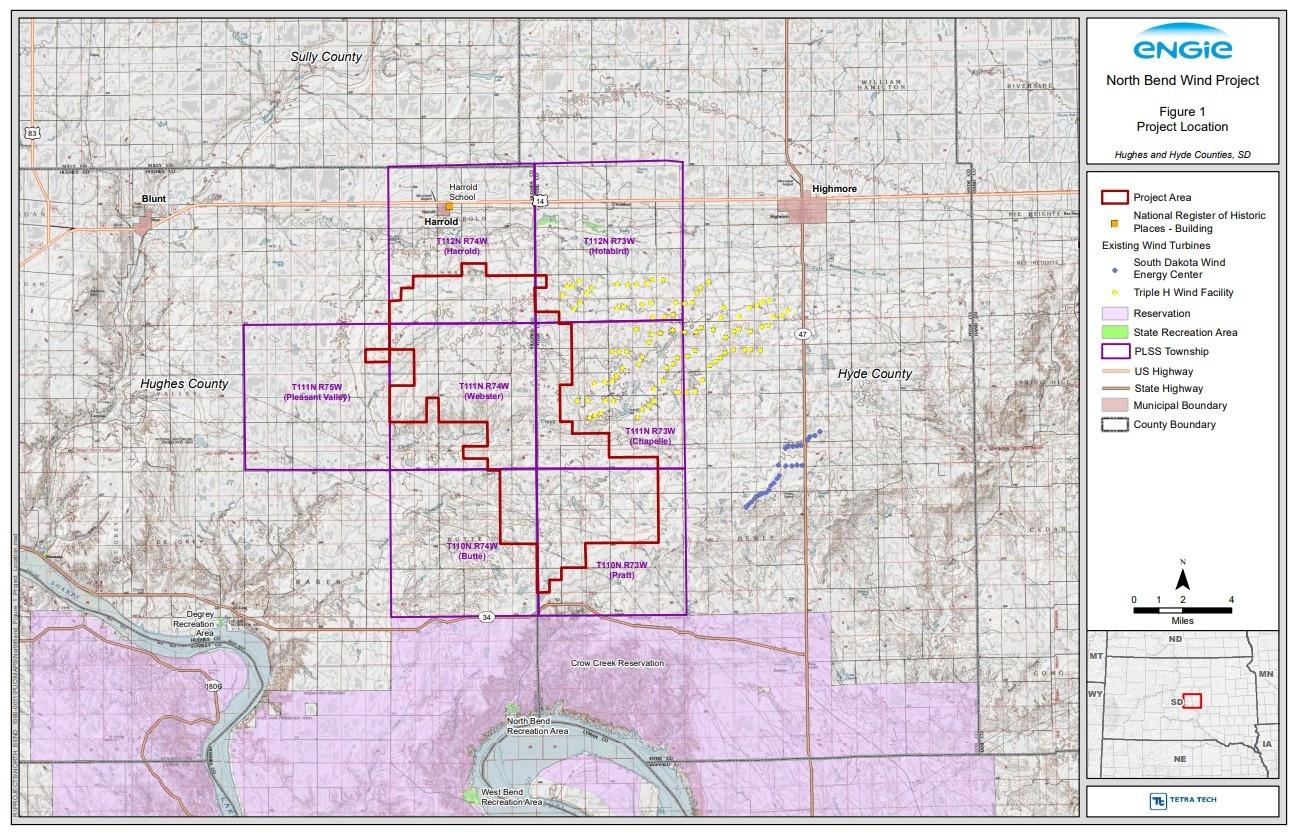 North Bend made its first appearance before the Public Utilities Commission on Tuesday where there were no questions or comments from the commission members, company, or public.

The three-member PUC unanimously voted to allow Engie to begin its permitting process after a recommendation from PUC staff.

The company has been studying the area since 2016 and hopes to begin operations by late 2022.

The wind farm would have underground cables, a switching station, an aircraft detection system, and other infrastructure. It would connect to a Western Area Power Administration line that crosses the southern part of the project.

The North Bend Wind Project would be west of Engie’s existing Triple H wind farm in Hyde County. The company pulled the plug on another proposed wind farm in January.

A public meeting will take place at 6:30 p.m. on August 11 at the Capitol Lakes Visitors Center in Pierre. Relevant documents are available on the PUC website.