Sturgis rally goer Matt Hoffman wears a black outfit and has silver charms hanging from his long, gray beard. Hoffman, who goes by Chewy, Chewbacca, and Wizard, also expresses himself through his above-the-knee prosthetic, which has a purple tie-dye background and painting of Jimmy Hendrix. He added Grateful Dead dancing bear stickers and embedded a Harley Davidson medallion into his joint.

Wizard lost his leg in a 2015 Florida crash when a car turned in front of his bike, pushing him into another vehicle that launched him 20 feet across the street. He began riding again in 2018 and this year’s rally was his first one since the crash.

Wizard spoke with SDPB's Arielle Zionts about his accident, his life philosophy, and his poetry. 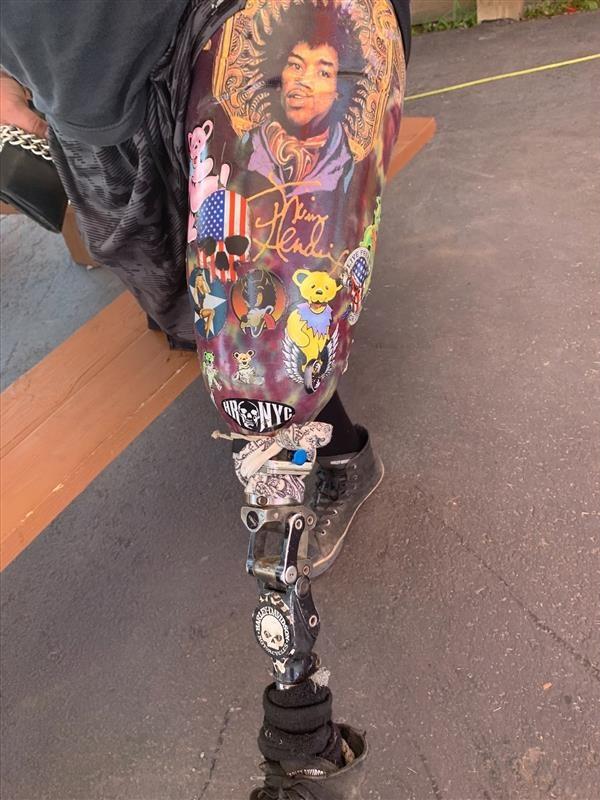 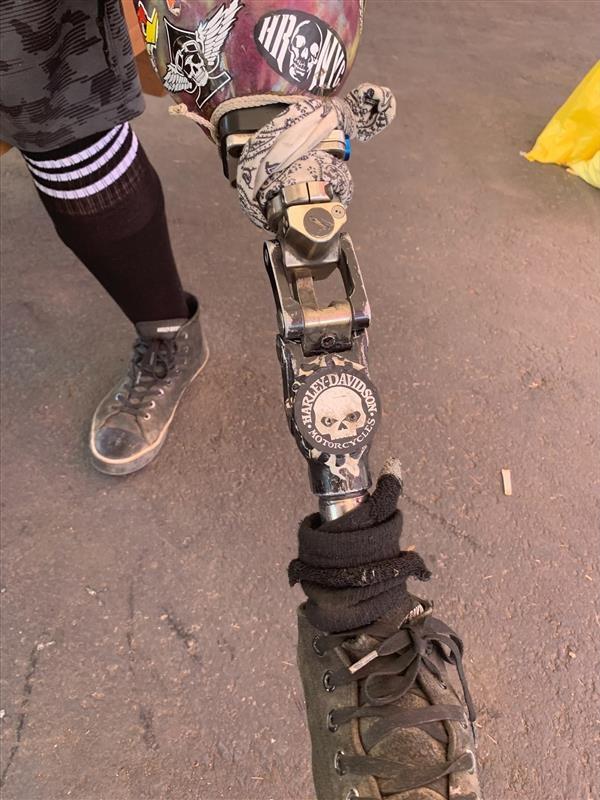