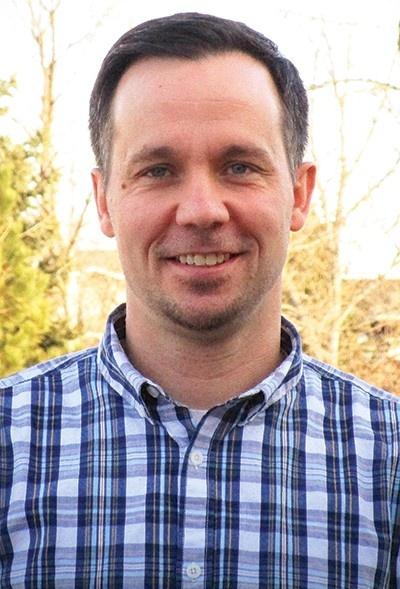 South Dakota Public Broadcasting (SDPB) is pleased to announce that Seth Tupper has been named SDPB’s new Business and Economic Development Reporter. Tupper will be based at SDPB’s Black Hills Studio in Rapid City.

Raised in Wessington Springs and Kimball, and a graduate of Kimball High School, Tupper earned his bachelor’s degree in journalism from South Dakota State University. Tupper most recently reported for the Rapid City Journal, where he spent five years covering politics, Black Hills-based natural-resource management, county government and numerous other topics. Prior to his tenure at the Journal, Tupper worked for The Daily Republic in Mitchell and The Daily Globe in Worthington, MN. Tupper wrote the 2017 book Calvin Coolidge in the Black Hills (Arcadia Publishing), about the president’s eventful three-month stay in 1927.

"Seth Tupper is an award-winning, investigative journalist and author who is respected and trusted by South Dakotans,” says Cara Hetland, SDPB Director of Radio. “We are so fortunate to have him join the SDPB team. His knowledge of and passion for South Dakota is a bonus that will easily translate across all of our content platforms. For several years Seth has been a regular on SDPB’s "Dakota Political Junkies" segment during In the Moment, and a contributor to South Dakota FOCUS, demonstrating that he's comfortable putting his voice to his stories and that he's passionate about being fair and balanced. I can't wait for our audience to get to know him and appreciate his storytelling and reporting skills first-hand."

“I've been watching and listening to public broadcasting as long as I can remember, starting in childhood with Mr. Rogers' Neighborhood and Sesame Street,” says Tupper. “These days, I'm an avid SDPB Radio listener, and I frequently use the Passport app with my family to watch PBS and SDPB programming on our smart TV. As I make the transition to working with SDPB, I am excited to join a South Dakota institution that is run by South Dakotans for South Dakotans. And I'm eager to continue doing what I love, which is chronicling the people, places and history of this great state.”

South Dakota Public Broadcasting is a statewide multi-media network offering quality entertainment and lifelong learning via Television, Radio, Digital and Education & Outreach. For information about SDPB and the Friends of SDPB, go to SDPB.org or call 800-456-0766.