SDPB invites the public to ring in Mother's Day with screenings of Masterpiece: Little Women, in Sioux Falls, Rapid City and Vermillion.

The screenings in Rapid City and Sioux Falls include tea and refreshments and will feature the first hour (of three) of the latest production of the popular novel, Little Women, by Louisa May Alcott.

The screening in Vermillion is a Mother's Day matinee.

About Masterpiece: Little WomenA co-production of the BBC, Playground and Masterpiece for PBS, the three-part mini-series premieres Sunday, May 13 on SDPB. Heading the cast are Academy Award® nominee Emily Watson (The Theory of Everything, Hilary and Jackie) as Marmee, the devoted mother of the four adolescent March girls; Michael Gambon (Churchill's Secret, Page Eight) as Mr. Laurence; and Academy Award® winner Angela Lansbury (Murder, She Wrote, The Manchurian Candidate) as Aunt March.

previous Post
Sports & Recreation
Does Being a "One-Sport Athlete" Give Your Child a Better Edge Over the Competition? It May Not...
by nate wek
•
next Post
On the Other Hand
Missing the meat but avoiding the whipping at the Pennington County Lincoln Day Dinner
by kevin woster
•
next Post 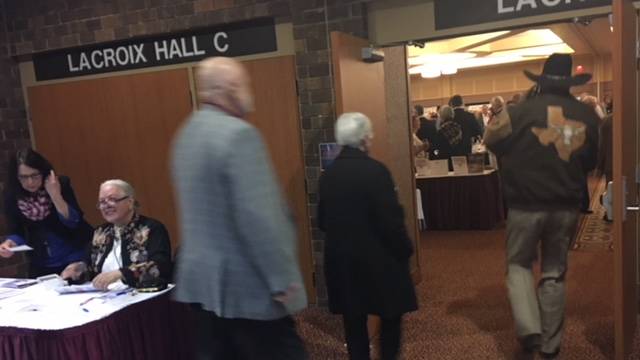