SDPB Brings "The Wall That Heals" to South Dakota in August 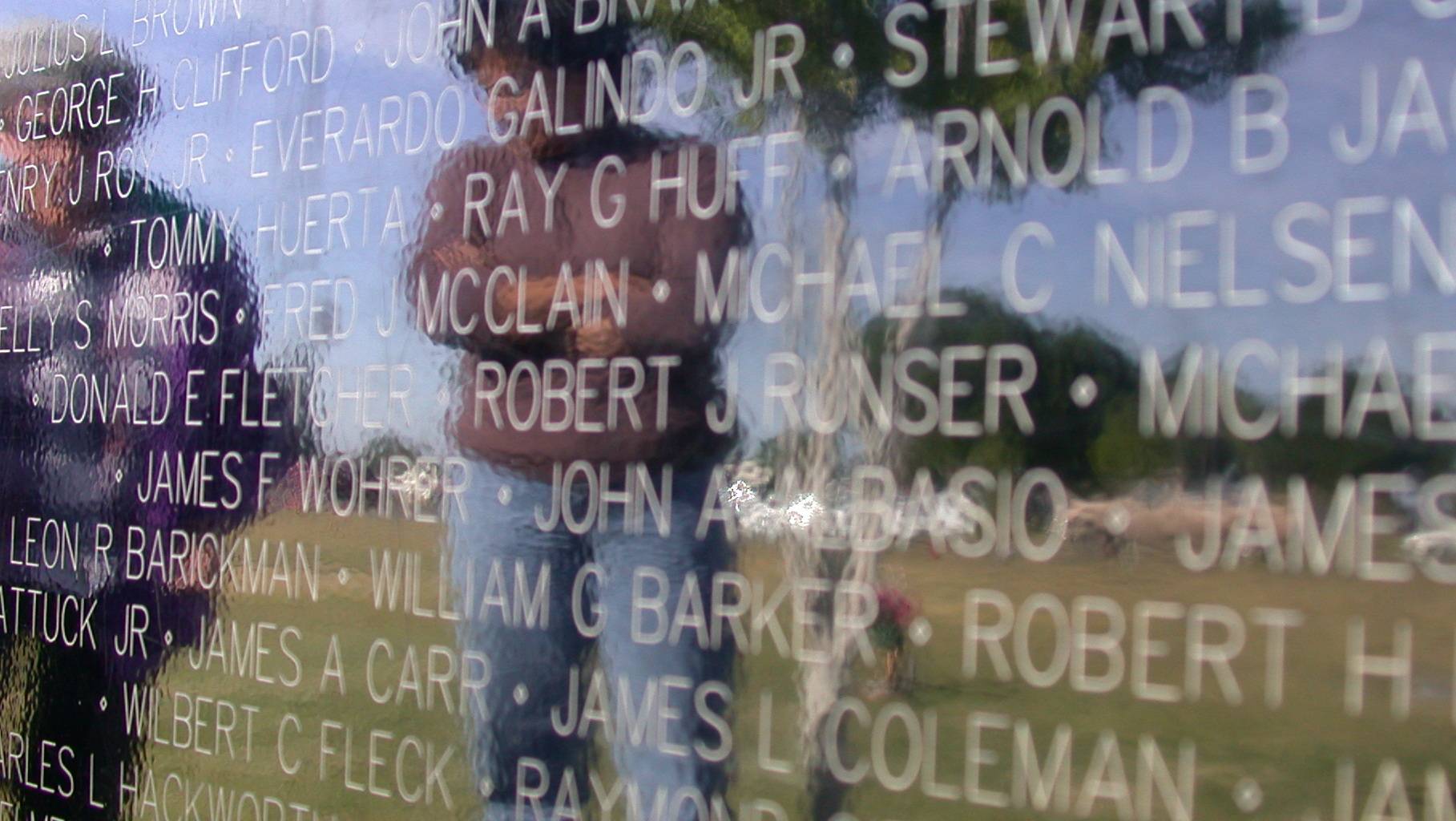 VERMILLION, S.D.. – In conjunction with The Vietnam War, a new 10-part documentary film by Ken Burns and Lynn Novick premiering this fall on SDPB, South Dakota Public Broadcasting (SDPB) has arranged to bring The Wall That Heals, a 250-foot replica of the Vietnam Veterans Memorial, to Chamberlain on August 10-13, 2017.

The Wall That Heals, a half-scale replica of the “The Wall” in Washington, D.C., will be on display at the I-90 Information Center and Rest Area at Chamberlain, near the Dignity sculpture. The exhibit is part of SDPB’s statewide outreach effort to honor veterans from the Vietnam era, Gold Star families, and others affected by the Vietnam War.

The Wall That Heals, and its accompanying Education Center, honors the more than three million Americans who served in the U.S. Armed Forces in the Vietnam War. It bears the names of the more than 58,000 men and women who made the ultimate sacrifice in Vietnam.

The Vietnam Veterans Memorial is one of the most visited memorials in our nation’s capital, with more than 5.6 million visitors each year. However, many Americans have not been able to visit what has become known to many as “The Wall.” The Vietnam Veterans Memorial Fund (VVMF), the organization that built The Wall in 1982, wants to give all veterans and their family members all across America an opportunity to see the Memorial. Hosting The Wall That Heals provides South Dakota with a multi-day experience that includes an educational experience for local schools and organizations on the history of the Vietnam era and The Wall.

About The Wall That Heals in Chamberlain, SD

Plans for the display of the replica in Chamberlain will include arrival and departure ceremonies. Local residents and retired and active military personnel will staff The Wall That Heals 24-hours a day during its time in Chamberlain.

About The Wall That Heals

“Taking The Wall That Heals on the road gives thousands more veterans and their family members an opportunity to see The Wall and honor those who have served and sacrificed so much,” said Jim Knotts, president and CEO of VVMF. “It helps veterans from all of America’s conflicts to find healing and a powerful connection through their common military experiences.”

“More than 200,000 people visited The Wall That Heals in 2016. Since its debut in 1996, the exhibit has been on display in nearly 500 U.S. communities in addition to an April 1999 tour of the Four Provinces of Ireland and a visit to Canada in 2005. Hosting The Wall That Heals provides a community with a multi-day experience that includes an educational experience for local schools and organizations on the history of the Vietnam era and The Wall. The exhibit includes The Wall replica and a mobile Education Center comprised of: digital displays of photos of service members whose names are on The Wall; letters and memorabilia left­ at The Wall in D.C.; a map of Vietnam and a chronological overview of the Vietnam War. The exhibits tell the story of the Vietnam War, The Wall and the era surrounding the conflict, and are designed to put American experiences in Vietnam in a historical and cultural context.

VVMF coordinates local stops of The Wall That Heals and the accompanying mobile Education Center. The current schedule and more information can be found at: www.thewallthatheals.org. The 2017 national The Wall That Heals tour is hauled through a partnership with the Truckload Carriers Association (TCA) and generously sponsored by: USAA, PBS, and GEICO. The appearance in South Dakota is made possible by Friends of SDPB.

The replica Wall is approximately 250 feet in length, and like the original Memorial is erected in a chevron-shape. The replica is constructed of powder-coated aluminum, supported by an aluminum frame, and is made up of 24 individual panels, each containing six columns of names.

The names on The Wall That Heals replicate the names on The Wall in Washington, D.C. As on The Wall, the names are listed alphabetically by day of casualty. Beginning at the center/apex, the names start on the East Wall (right-hand side) working their way out to the end of that wing, picking up again at the far end of the West Wall (left-hand side) and working their way back in to the center/apex. Thus, the beginning and ending of the conflict are joined at the center, signifying an epoch in American history.

The Wall That Heals is transported from community to community by a 53-foot trailer with cases built into its sides, allowing it to serve as a mobile Education Center that tells the story of the Vietnam War, The Wall and the divisive era in American history.

About VVMF and the Education Center at The Wall

About Ken Burns' The Vietnam War

THE VIETNAM WAR, a new 10-part, 18-hour documentary film series directed by Ken Burns and Lynn Novick, will air in September 2017 on SDPB.

In an immersive narrative, Burns and Novick tell the epic story of the Vietnam War as it has never-before been told on film. THE VIETNAM WAR features testimony from nearly 100 witnesses, including many Americans who fought in the war and others who opposed it, as well as Vietnamese combatants and civilians from both the winning and losing sides.

“The Vietnam War was a decade of agony that took the lives of more than 58,000 Americans,” Burns said. “Not since the Civil War have we as a country been so torn apart. There wasn’t an American alive then who wasn’t affected in some way — from those who fought and sacrificed in the war, to families of service members and POWs, to those who protested the war in open conflict with their government and fellow citizens. More than 40 years after it ended, we can’t forget Vietnam, and we are still arguing about why it went wrong, who was to blame and whether it was all worth it.”

“We are all searching for some meaning in this terrible tragedy. Ken and I have tried to shed new light on the human dimensions of the war by looking at it from the bottom up, the top down and from all sides,” Novick said. “In addition to dozens of ‘ordinary’ Americans who shared their stories, we interviewed many ‘ordinary’ Vietnamese soldiers and non-combatants in the North and South, and we were surprised to learn that the war remains as painful and unresolved for them as it is for us.”

Six years in the making, the series brings the war and the chaotic epoch it encompassed viscerally to life. Written by Geoffrey C. Ward, produced by Sarah Botstein, Novick and Burns, it includes rarely seen, digitally re-mastered archival footage from sources around the globe, photographs taken by some of the most celebrated photojournalists of the 20th century, historic television broadcasts, evocative home movies, revelatory audio recordings from inside the Kennedy, Johnson and Nixon administrations and more than 100 iconic musical recordings by many of the greatest artists of the era.

“Ever since THE CIVIL WAR, Ken and Lynn have been behind some of the most important documentary films ever shown on television, films that have in fact made television history and created national conversations around who we are as Americans,” said Beth Hoppe, Chief Programming Executive and General Manager, General Audience Programming, PBS. “Yet even with this remarkable track record, THE VIETNAM WAR stands out as an unmatched achievement that will spark thought, questions and debate around one of the most transformative periods in modern American history.”

SDPB plans extensive outreach and public engagement throughout the summer leading up to the release fo the film for communities to participate in a national conversation about what happened during the Vietnam War, what went wrong and what lessons are to be learned. In addition, there will be a robust interactive website and an educational initiative designed to engage teachers and students through multiple platforms, including PBS LearningMedia.

THE VIETNAM WAR rounds out a trilogy of Florentine Films’ exploration of American wars that began with Burns’s landmark series, THE CIVIL WAR (1990), followed by Burns and Novick’s acclaimed seven-part series about the World War II, THE WAR (2007).

Accompanying the series will be a companion book, written by Geoffrey C. Ward, with an introduction by Ken Burns and Lynn Novick, that will be published by Alfred A. Knopf, Burns’s longtime publisher.

Funding for THE VIETNAM WAR is provided by Bank of America; the Corporation for Public Broadcasting; PBS; The Park Foundation; The Arthur Vining Davis Foundations; The John S. and James L. Knight Foundation; The Andrew W. Mellon Foundation; The National Endowment for Humanities; The Pew Charitable Trusts; The Ford Foundation Just Films; The Rockefeller Brothers Fund; and members of The Better Angels Society. 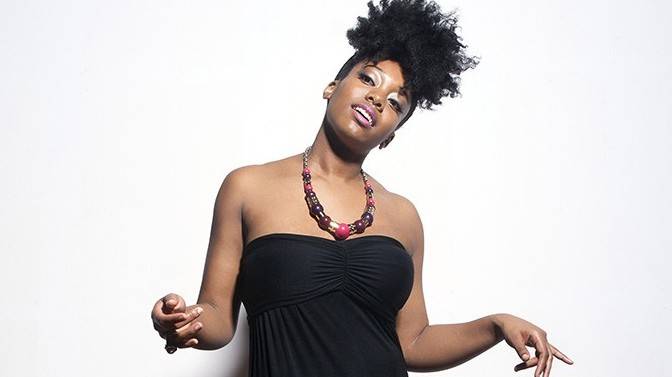 previous Post
Press Releases
NO COVER, NO MINIMUM RADIO Alicia Olatuja
by katy beem
•
next Post
On the Other Hand
The Gospel of Luke and the tweets of an Iowa congressman, with a Lenten trip to confession on the line
by kevin woster
•
next Post