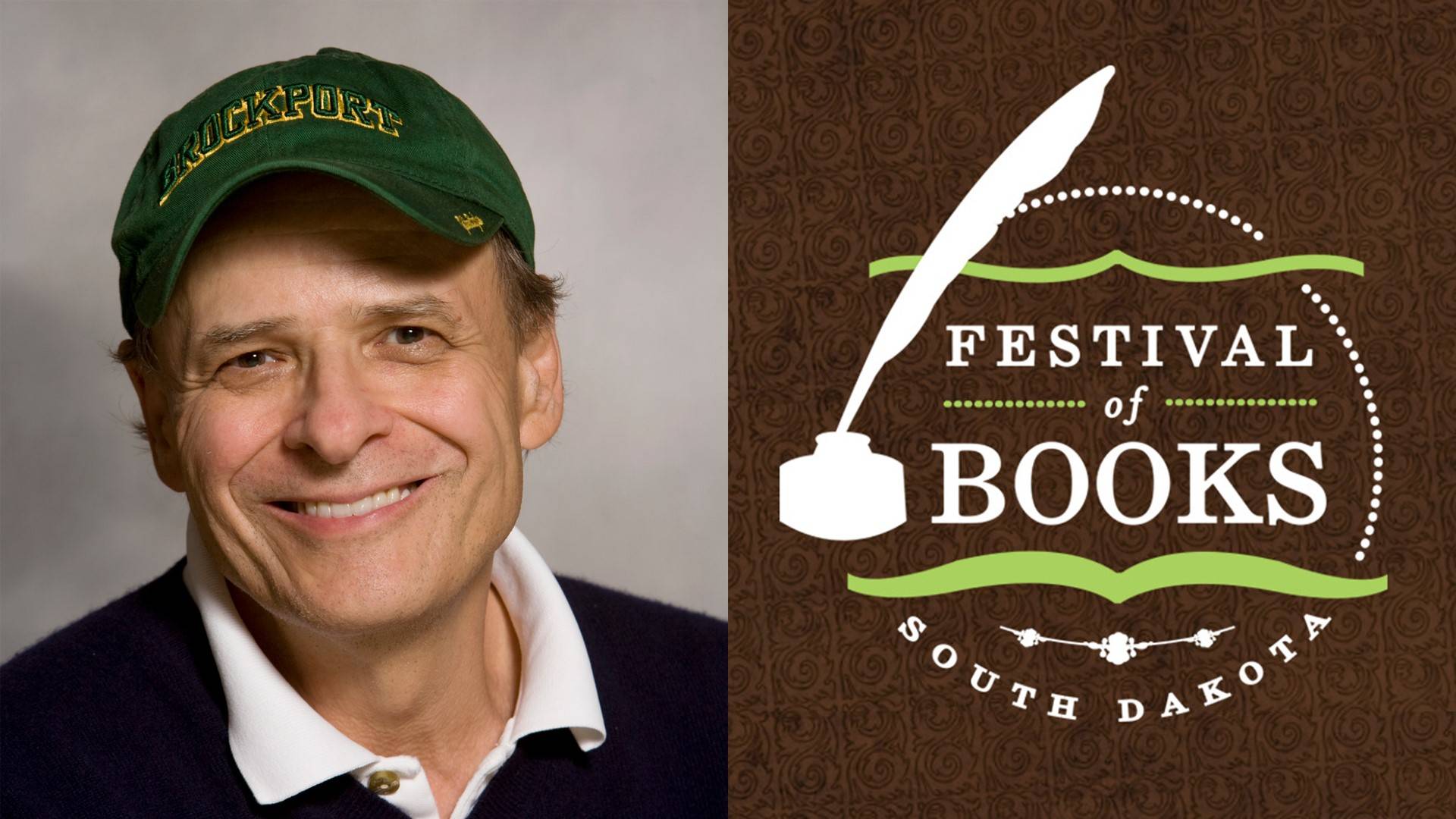 “In Vietnam, for me, just to get up in the morning and look out at the land and think, ‘In a few minutes, I’ll be walking out there, and will my corpse be there? Over there? Will I lose a leg out there? I’d sometimes look at my legs as I walked and think, ‘How am I doing this?’”

- Tim O’Brien in the PBS documentary The Vietnam War

It’s tempting to feel like we know Tim O’Brien, author of the Vietnam War novel The Things They Carried, so synonymous have his name and book become with Americans’ lens into the experience of U. S. infantrymen humping through the dense Vietnamese jungle.

In fact, O’Brien and intimate storytelling are so integral to the American Vietnam War experience, directors Ken Burns and Lynne Novick tapped the respected writer to serve on the advisory panel for their 18-hour documentary.

This year, thanks to the South Dakota Humanities Council (SDHC), South Dakotans have the opportunity to see and hear O’Brien at the South Dakota Festival of Books, which takes place September 22 – 24 in Deadwood. O’Brien presents Saturday, Sept. 23, at 7pm at the Deadwood Mountain Grand. On Friday, O’Brien will also meet with high school English students in Sturgis as well as appear at the Sturgis Community Center as part of a National Endowment for the Arts (NEA) Big Read grant – a collaborative project between the Sturgis Public Library, Sturgis Area Arts Council and Chamber of Commerce that focuses on veterans, war, and peace, with a community-wide reading of The Things They Carried at its center.

These events highlight how the intersections of war, art, and storytelling can help both veterans and civilians connect and give meaning to experiences. For Sherry DeBoer, SDHC’s Executive Director, the recognition of veterans at each year’s Festival of Books is what she anticipates most highly. “The South Dakota Humanities Council has been working on veterans’ storytelling projects with other humanities councils for a long time,” says DeBoer. “We really believe in the fundamentals of veterans telling their stories and stories being able to share human ties. So, 3:00pm on Saturday (at the Festival of Books) until the end of the day is what I’m most looking forward to.”

Saturday at 3:00pm during the festival is when South Dakota veterans will read essays and stories. Pulitzer Prize-winner and Vietnam War veteran Robert Olen Butler will preside over the reading, at which three area veterans will be recognized as winners of the Veterans Writing Prize, as will persons recognized for this year’s Distinguished Achievement in the Humanities.

Directly following at 5:30pm, comes a special preview screening of Burns’ and Novick’s The Vietnam War, followed by a discussion with Ron Capps, a veteran of the U.S Army and Foreign Service, and founder of the national Veterans Writing Project. Capps will be joined by Vietnam War veterans Larry Mayes, of Rapid City; Brad Morgan, co-founder of the Black Hills Veterans Writing Group, and Craig Tschetter of Brookings.

Tim O’Brien caps off the evening with a discussion about writing at 7pm.

DeBoer says the veterans programming conducted at the festival and throughout the year by the SDHC receives positive feedback. “Often there’s a real reticence among veterans to talk about their experience,” says DeBoer. “Literature helps guide that process and facilitators help us see other’s viewpoints.”

DeBoer cites face-to-face contact as one of the reasons for the success and popularity of the Festival of Books. “You can have sound bites, Tweets, 140 characters, or 30 seconds,” says DeBoer. “But it’s never really enough time to carry the full message. The Festival of Books focuses on what is most important: to talk, one-to-one, shake the other person’s hand, look in that person’s eyes. Tim O’Brien is considered the voice of veterans and being able to connect and learn from someone like him and others is really what the festival is all about.” 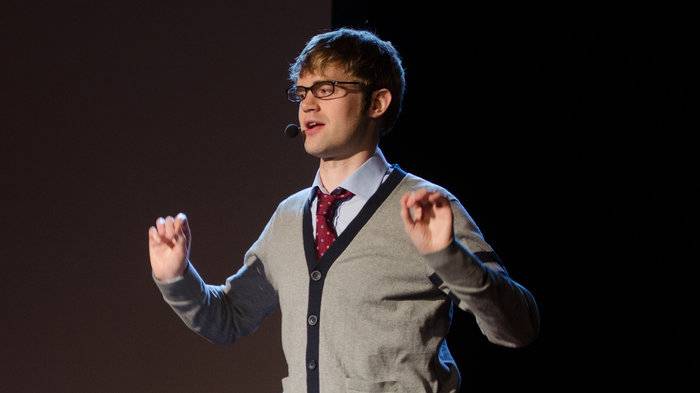 previous Post
Learn
Tyler DeWitt: How Do We Get Kids Hooked On Science?
by laura dimock
•
next Post
Press Releases
SDPB Live at the South Dakota Festival of Books
by katy beem
•
next Post 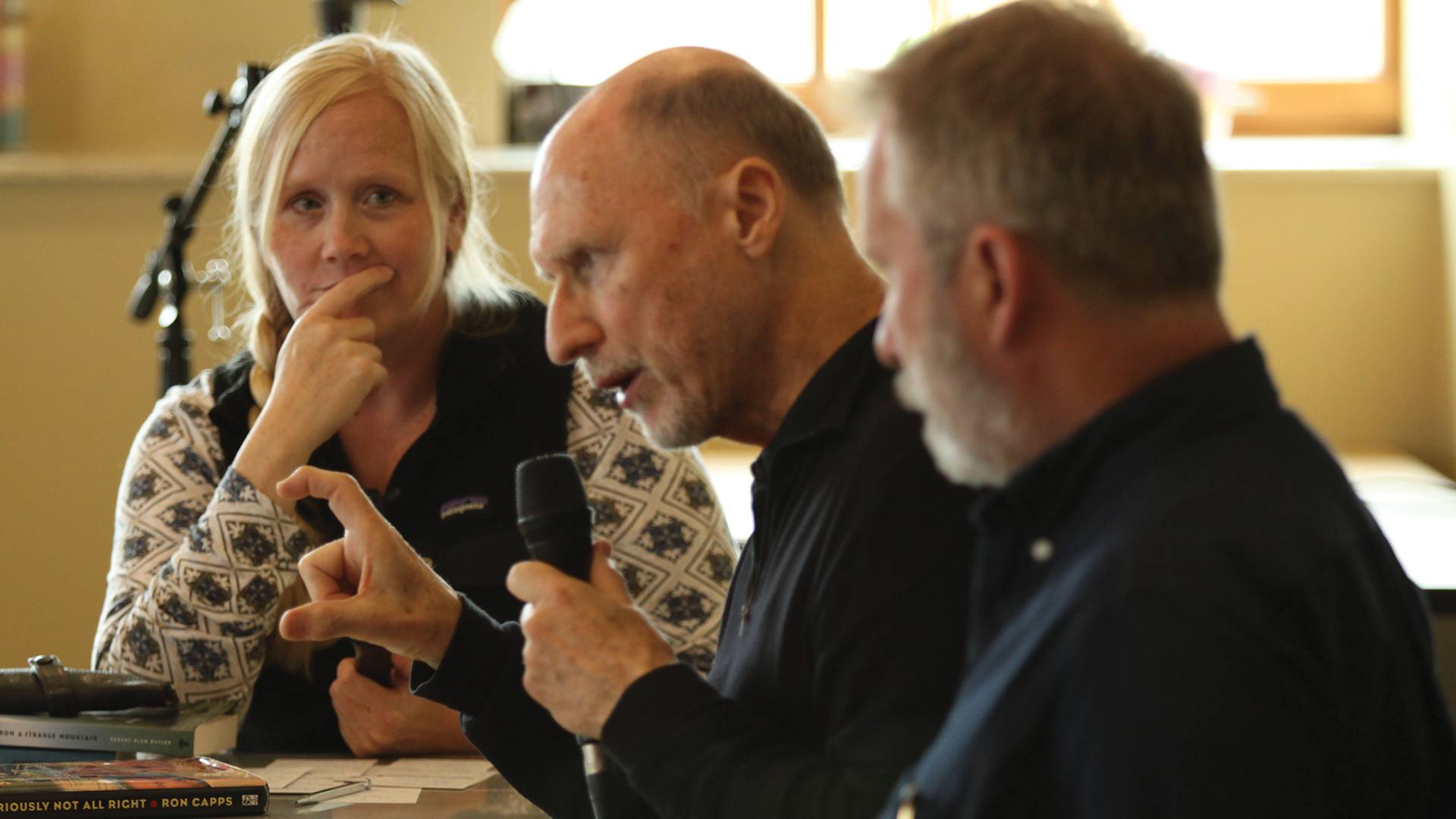