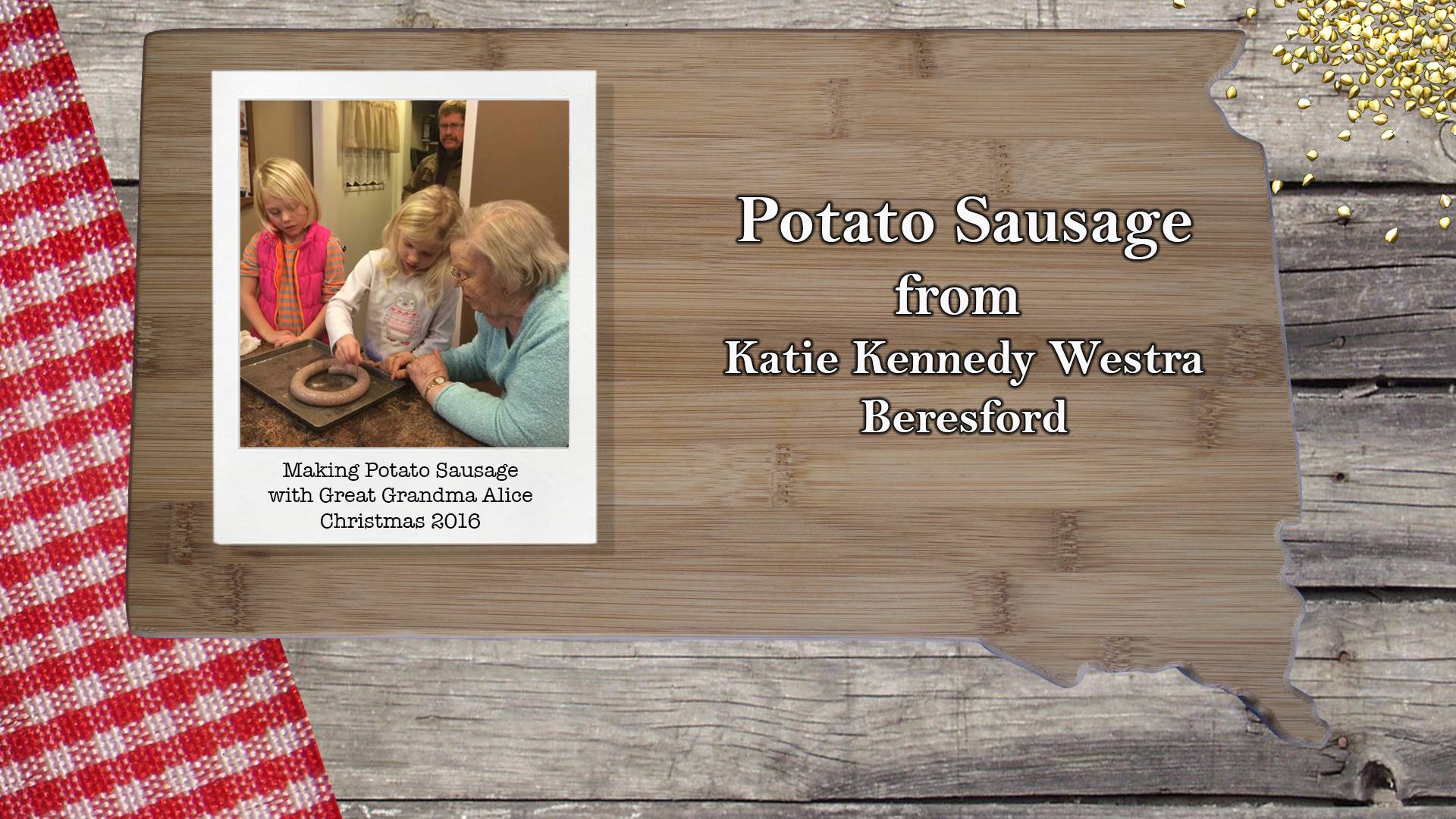 Social media is a great tool to stay in touch with our friends and community.  I enjoy getting a glimpse into the lives of those I don’t get to see frequently in person.  Food is often shared online in the form of delicious meals enjoyed in restaurants or a tribute to recipes prepared at home.  This time of year, folks are gathering to make cookies and other treats that are saved for the holiday season.

Recently a friend from high school posted photos of her family gathered in the kitchen making sausage sharing, “This was a riot! The Christmas Potatis Korv (Potato Sausages) are made! Luckily, Grandma Alice Mae is a good supervisor. It's pretty cool that Bellamy and Lillie are the 5th generation to make Potatis Korv in America.” 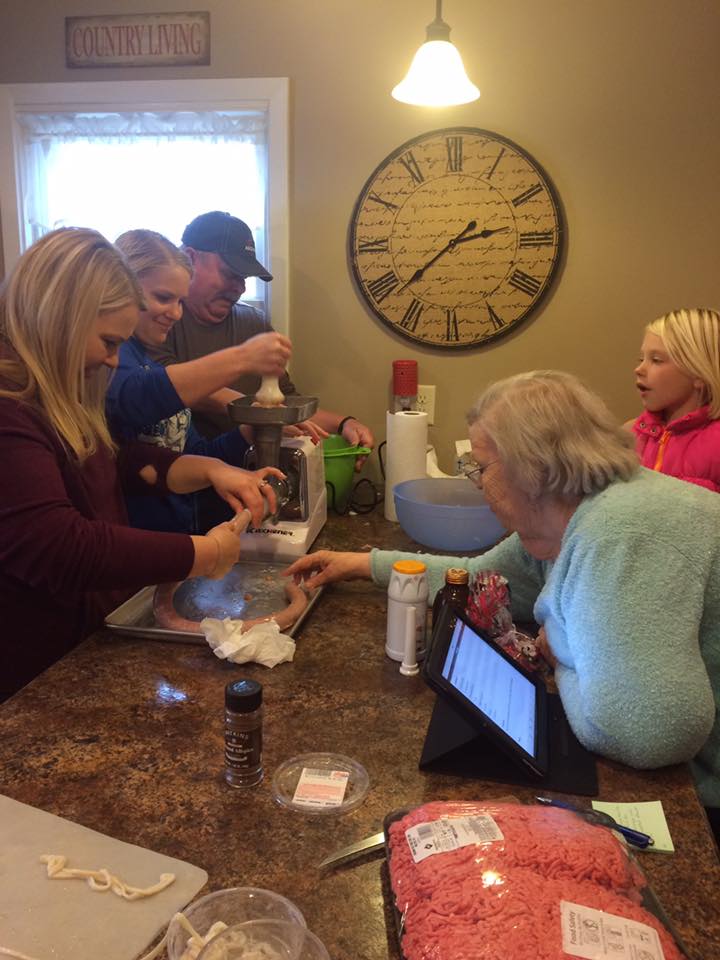 Alice Mae is Katie’s paternal grandmother and shares that the tradition of making potato sausage is deeply engrained in their family.  Both Alice’s mother and mother in law made the Swedish delicacy at Christmas time.  The Kennedy family immigrated in the 1880s and both sides settled and farmed north of Beresford where they still live and farm today.

Westra shares, “Until recently the sausage making has always been done at Grandma Alice Mae’s and growing up we were lucky to be invited in to help on sausage making day. She made sure to gift each of us granddaughters a copy of the recipe when got married. We were kind of laughing at how many of us were in the kitchen making them this year when Grandma has made them many times all on her own! That takes talent to stuff the meat through with one hand and guide the sausage with the other! I can only imagine stuffing them with the old hand crank machine.” 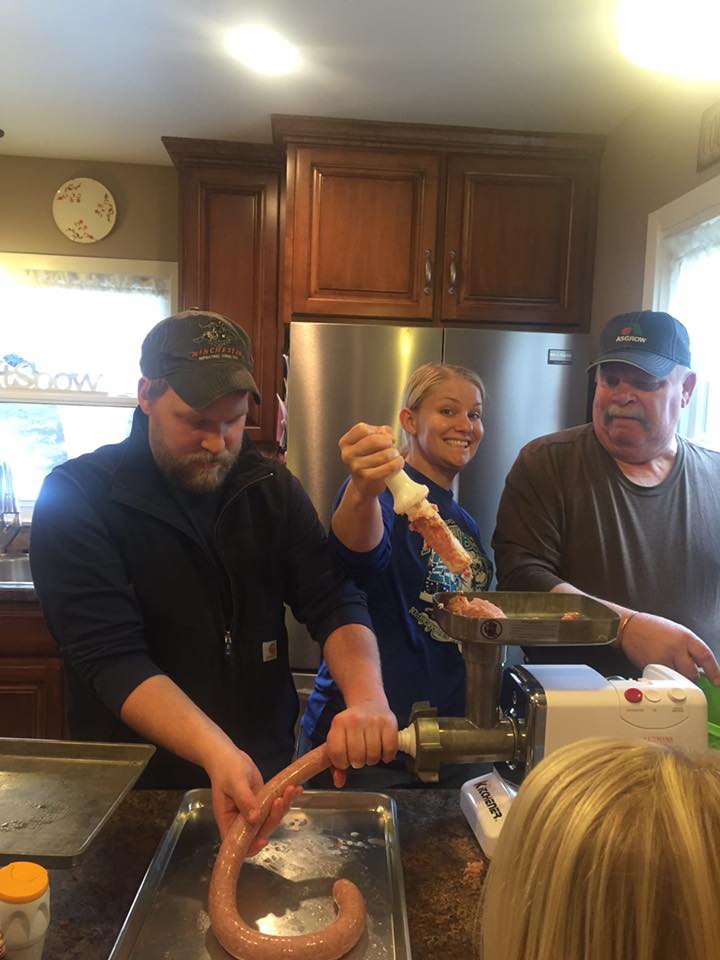 Many of us are used to seeing turkey and ham on the table for Christmas dinner.  At the Kennedy house, it’s always on the menu, even if its secondary to the other meats.  And it’s been that way as long as Grandma Alice has been cooking.

“Grandma learned from her mother and her mother before that. There are quite a few of us who are invested in preserving our Swedish heritage so we fully intend on carrying on the tradition even though it is a bit tedious,” Westra reflects. 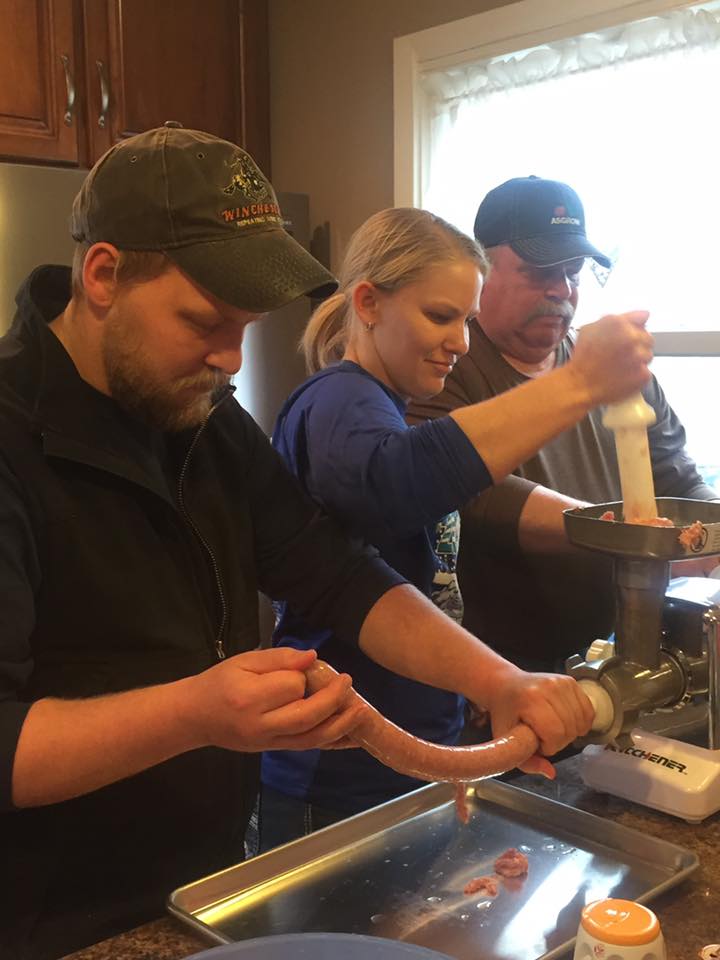 The ingredients in potato sausage are fairly simple and include ground pork, ground chuck, ground potato, onion and seasoning in a natural casing.  Technique varies among generations.  For one learning to cook, instinct is to follow a carefully calculated recipe.  Katie says that isn’t the case when working with grandma, and many laughs are shared, “It is hilarious making it with Grandma because we want to measure and carefully follow the recipe and she just tosses the seasonings in and tests it by taste.  Grandma just reaches in and grabs a little piece and tastes it raw to test its seasoning. That’s not my thing! We just toss a little in a fry pan a cook it up to taste it.”

Social media also helps the South Dakota Kennedy family stay in touch with their distant relatives, literally, in Sweden, “We’ve asked them about potato sausage and it must not be something they commonly eat there in present day since they told us it was ‘poor people’s food.’ Haha! That makes perfect sense to me since the sausages could have been made out of trimmings or less expensive cuts of meat and stretched with potatoes to make it go farther. I can’t imagine our ancestors had a ton of wealth when they were starting out here,” Westra explains. 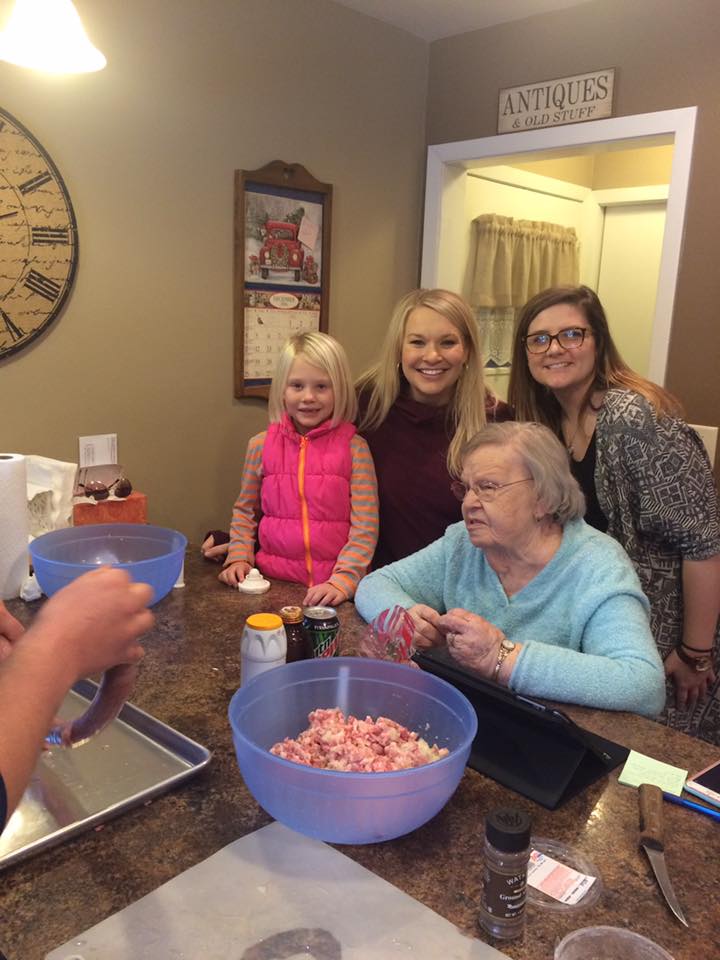 Sausage is a flexible menu item and can be paired with a variety of condiments.  The Kennedy family enjoys eating theirs at Christmas time dilly mustard or even a dab of lingonberry preserves and a side of Christmas beans, knake bread and sometimes Osakaka with lingons for desert.  Katie Westra exclaims, “You can bet your boots there is going to be herring as an appetizer too!”

That’s a lot of Scandanavian dishes that this author isn’t familiar with.  Westra is kind enough to elaborate:

Christmas beans I guess are technically called Swedish Brown Beans. Knake Bread of Knakebrod is a Swedish flat bread. I am nearly positive the flat bread that we ALWAYS eat at family gatherings isn't what most swedes would consider authentic.  Ours is a variation that has somehow, over the years, morphed. True knake bread is dry and crispy, like a cracker. What we eat, and have always called knake bread, is a flat bread with holes poked in it.  It is quite soft and delicious. We love it, but I can't say by any means that our recipe is authentic Scandinavian. Ostakaka is a Swedish custard.  It is my favorite Christmas treat. Ostakaka actually means cheese cake, but it is much more like a custard.  It’s like custard with cottage cheese and it is baked. Lingonberries grow on some sort of evergreen shrub in northern climates and we buy them in jam form and eat them on Ostakaka, potato sausage and smeared on Knakebrod. You can buy them at Hy-Vee believe it or not! That’s just how we do all of this!

And there you have Scandinavian Cooking 101 as prepared by the Kennedy family.

“We never eat a strictly Swedish Christmas meal, there is usually ham and potatoes mingled in. Most of our Swedish heritage and traditions of course comes out mostly at Christmas time. I will always remember my Grandma Kennedy’s Christmas tree being 100% Swedish being decorated with red wooden dala horses, stars and hearts, electric lighted candle lights and Swedish straw goats. Right next to the tree was a Swedish advent light in the window. I have always loved the connection we have with our Swedish roots,” reflects Westra.

Are there Swedish traditions in your family too?  Did you grow up trying Potato Sausage, but have lost track of the recipe?  Katie Westra shares the recipe that her family works with. 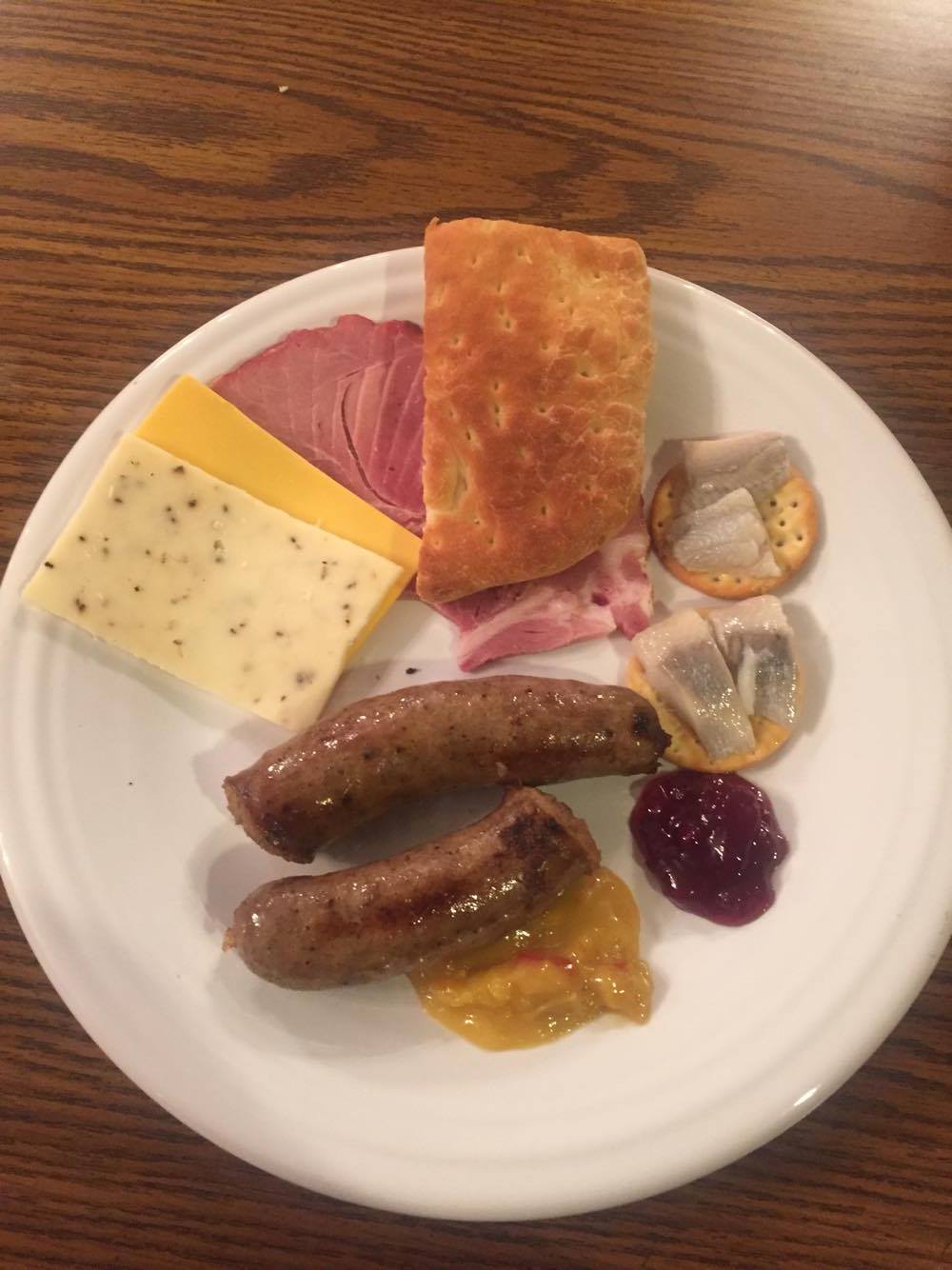 This is a light seasoning measurement. Taste and increase seasoning to your liking.

• Stuff casing with the mixture.

• Make rings about 18 inches long and twist the end to close them off. 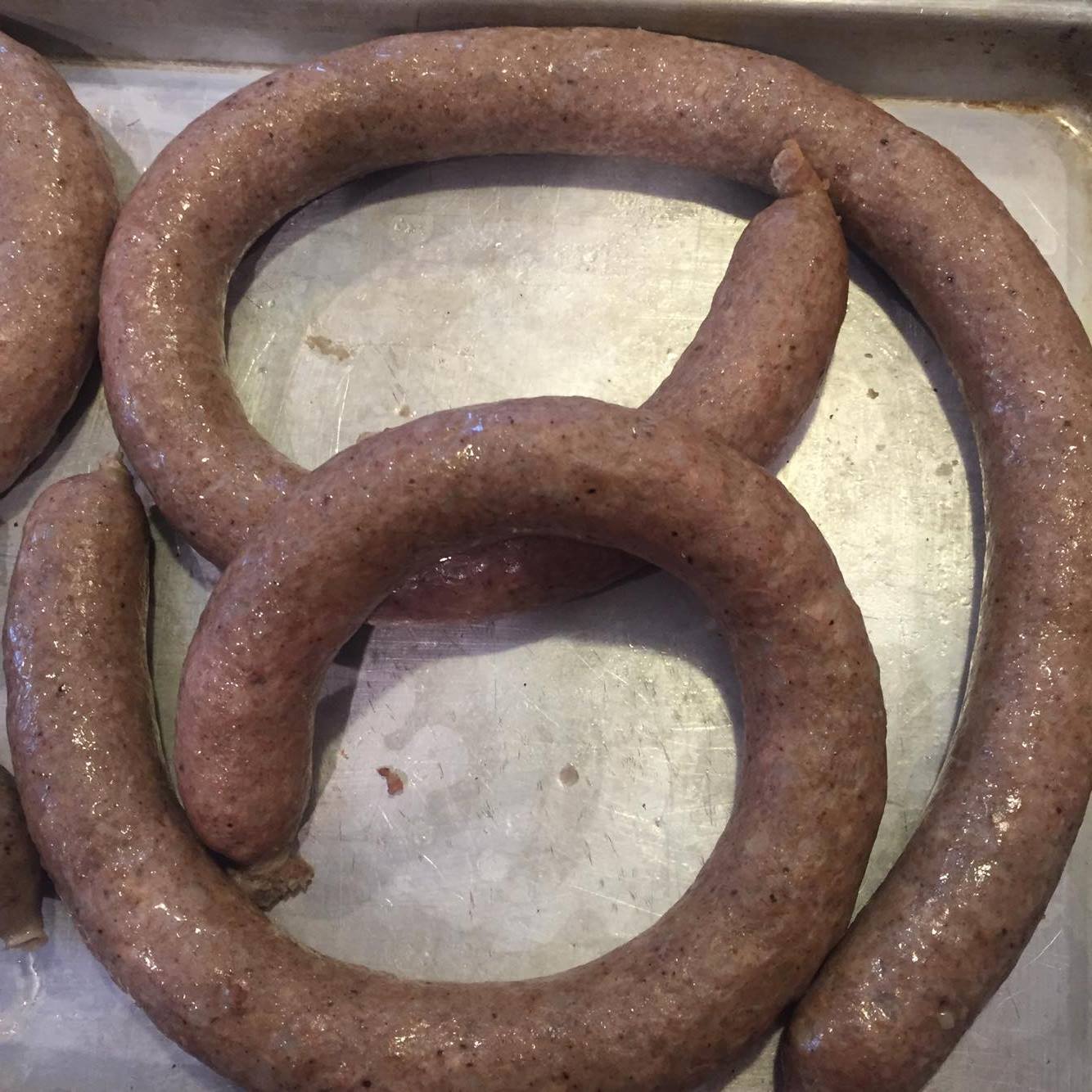 • Prick sausages with a needle to prevent them from bursting.

• To cook, cover with cold water and bring to a boil.

They freeze well in plastic bags at this point. Thaw and finish by browning in fry pan before serving. 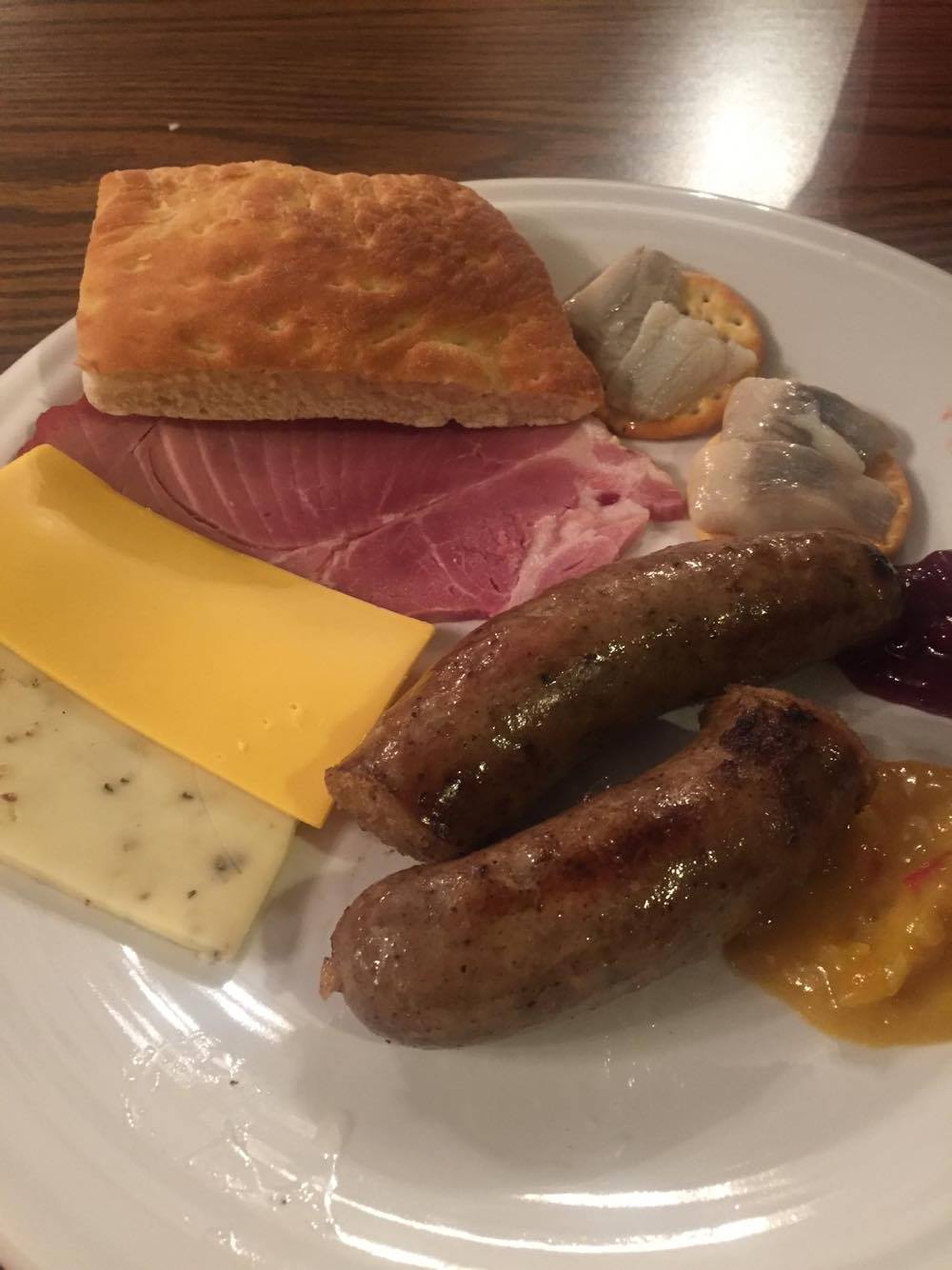 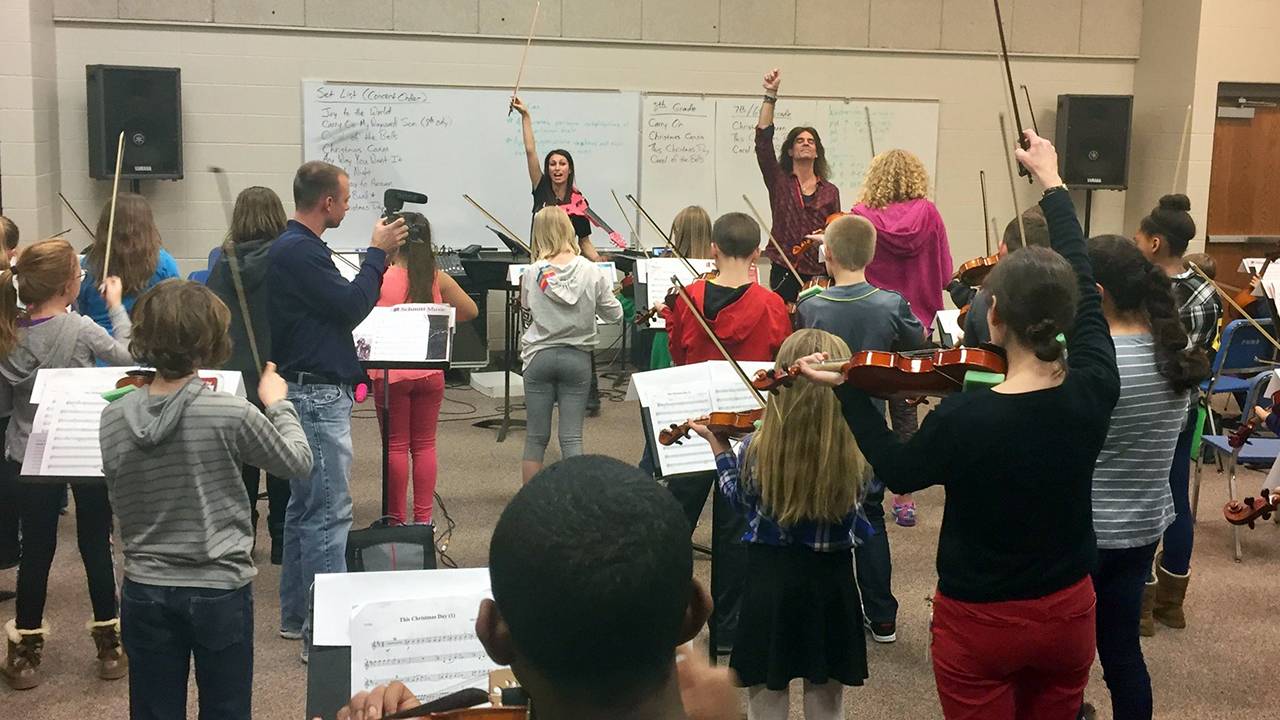 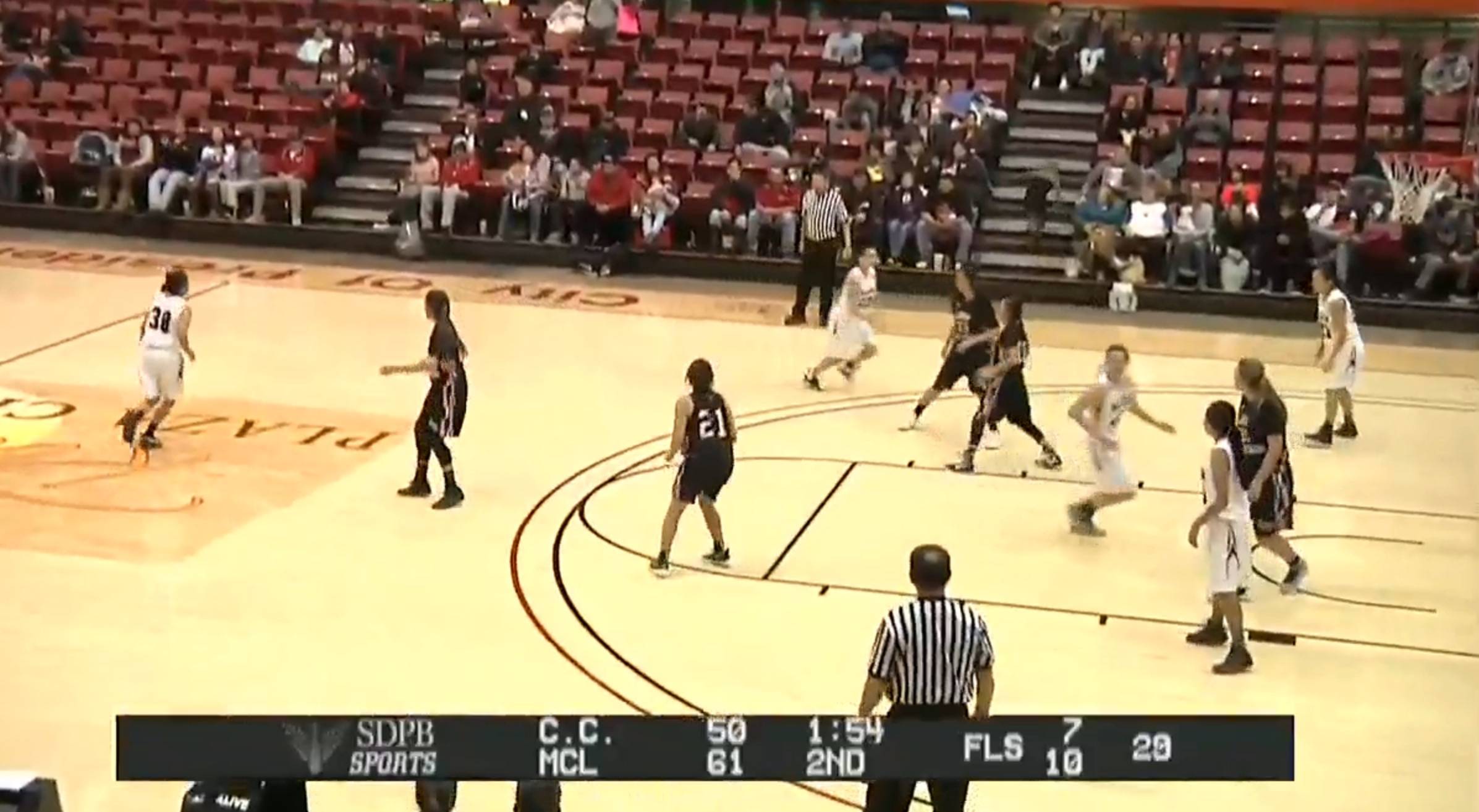