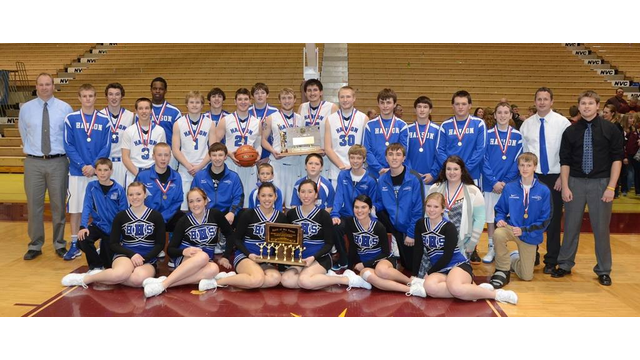 The Hanson Beavers defeated the Langford Area Lions in OT on Saturday night 47-44 in the class B boys basketball state championship game.

Hanson led by only one point going into halftime as the scoreboard showed 17-16. The game was back and forth throughout, which ultimately led to the game going into overtime. Langford trailed by three points with only seconds remaining, but they missed a shot at the buzzer, which would have tied it.

CJ Steiner led the Lions in scoring with 18 points. Bo Fries, who received the class B “Spirit of Su” award, had a double-double in the game with 13 points and 11 rebounds.

It was a back and forth battle from start to finish, but ultimately it was the Hanson Beavers who reigned victorious as the clock hit zero, making them the class B boys state basketball champions. 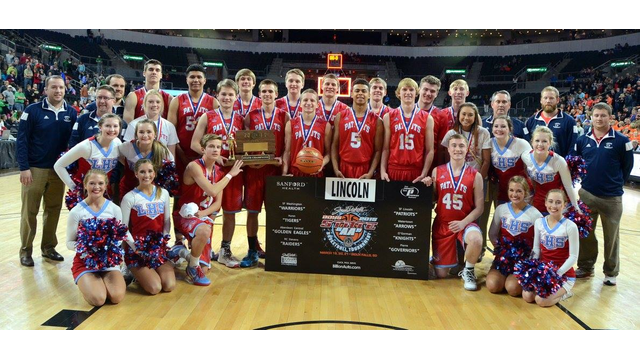 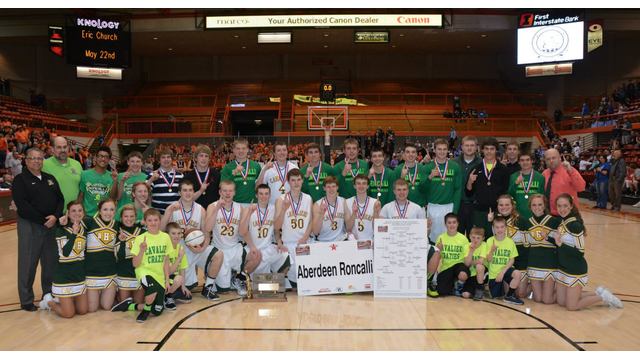