The 2017 Hall of Famers will be honored during semifinal day of the State Amateur Baseball Tournament on Saturday, Aug. 12, 2017 in Mitchell. The Hall of Fame banquet is scheduled for Sunday, October 1st, 2017 at Canova.

Poncelet started his amateur baseball career playing for his hometown team, the Madison Broncos, from 1970 to 1980. During that time, he played on three state championship teams — two with Madison (1974 and 1978) and one as a pickup player with the Renner Monarchs (1980). He was named the most valuable player in the 1974 state tournament.
He continued his amateur career for 24 more years by playing and managing for the Irene Cardinals.

In 1999, he began playing Senior baseball, traveling to national tournaments in Arizona, Florida and Nevada. He continues to play in those events to this day.

Along with still playing Senior baseball, Poncelet has served the S.D. Amateur Baseball Association as a commissioner for the South Central and Sioux Empire Leagues for the past 17 years.

The Parkston native began playing organized baseball in 1954 with the Parkston American Legion baseball team before becoming a regular with the Dimock amateur baseball team from 1957 into the early 1970s.
A talented player, Schlimgen was labeled by teammates as a “human vacuum cleaner” for the spectacular defensive plays he made as a shortstop. He also was known as one of the most feared and respective hitters in the Sunshine League, belting three home runs in one game against Stickney and also using his speed to affect the game on the basepaths.

He gained attention not only for his playing ability, but also drew rave reviews from teammates and opponents for his competitiveness and sportsmanship. Schlimgren served an excellent role model for younger players and the youth of the community.

Schlimgen played in a number of state tournaments with the Dimock teams and also as a pickup player with squads from Avon, Yankton and Armour. He also served as the president and secretary-treasurer of the Sunshine League during his career.

After his father passed away at an early age, Schlimgen helped his mother raise three siblings and operate the family farm. Mel and his wife Doris raised seven children and all five of their sons played amateur baseball in South Dakota.

Al Oswald played amateur baseball from 1974-1988 when a knee injury forced him to retire. His strong arm and consistency to the ball made him one of the best shortstops to ever play the game in South Dakota. An Al Oswald error was as rare as a July rain in Canova.

During his tenure as shortstop for the Canova Gang, the team compiled 348 wins, appeared in 12 state tournaments and won 27 state tournament games. Al helped power the Gang to the 1979 state championship and a runner-up finish in 1986, both during one-class state tournament.

Earlier in his career, Al participated as shortstop for the Canova Teens who won the 1968 state Class B Teener Tournament, defeated the Class A Champ Aberdeen and in a close game finished second in the National Regional to West Ellis (Wis.), the eventual national champion. His .475 batting average played a key role in Canova’s bid to win the national title at Hershey, Pa.

After his playing days, Al became involved in coaching baseball little league, high school and American Legion. He has also been a vital player in the renovation of the Canova Park, anchoring all the electrical work done in the park by Bob’s Electric. He has donated countless hours on many occasions when electrical problems have occurred.

A standout American Legion player for Rapid City Post 22, Coates played college baseball at Southwestern Community College in Iowa and Cameron University in Oklahoma before embarking on a 27-year amateur baseball career (1984-2011) that included 22 full seasons and five part-time seasons.
Coates played 10 years with Macy's, eight with Gregs and four with Rapid City Chevrolet and his teams qualified for the state tournament all 22 years. He earned all-tourney honors three times and played in four championship games, capturing a state title with Gregs in 1994.

Known as an outstanding defensive middle infielder, Coates also made a mark as a switch-hitter on offense. He accumulated 1,211 hits during his career, setting a state record with 98 hits in one season. He had a 48-game hitting streak (29 in one season) that spanned two seasons and recorded consecutive hit streaks of 10 and 9 in a row. He also stole more than 25 bases each of first five years of amateur baseball.
Coates also played for a number of years on South Dakota squads that competed in the Men's Senior Baseball World Series in Arizona.

The Sioux Falls native enjoyed a lengthy and productive amateur baseball career that spanned two decades for Sioux Falls Valley National Bank, the Sioux Falls Silver Bullets, Renner Monarchs and Renner Old Milwaukee.
During his prime, he was a top-notch power hitter in the 1980s and 1990s. He was known as a fierce competitor and great teammate.

Sudenga played on Silver Bullets teams that captured state Class A championships in 1990, 1992 and 1995.
In the 1990 state tournament, Sudenga won the batting championship by hitting .737 and also earned most valuable player honors. He drove in 16 runs in five games — a total that is still the second most in the history of the state amateur tournament.

Sudenga also played on the South Dakota team that won the Men's Senior Baseball World Series in Arizona in 1993. 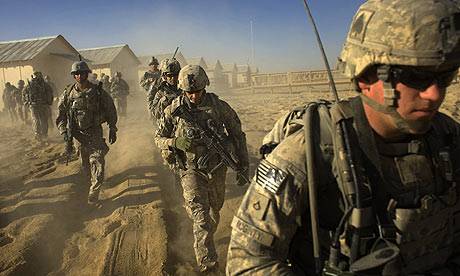 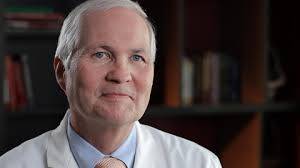